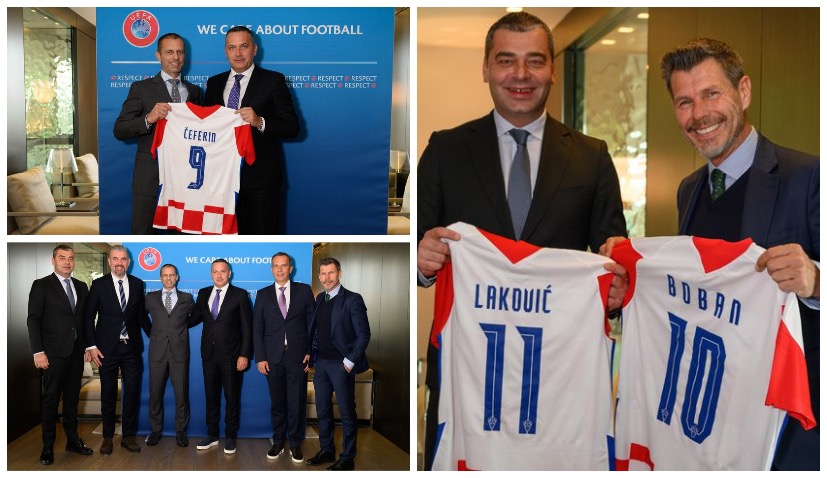 A top level delegation of the Croatian Football Federation (HNS), led by President Marijan Kustić, was welcomed on Monday by UEFA President Aleksandar Čeferin and his closest associates.

In addition to Čeferin, the Croatian delegation was hosted by UEFA’s head of football Zvonimir Boban and director of national associations Zoran Laković. 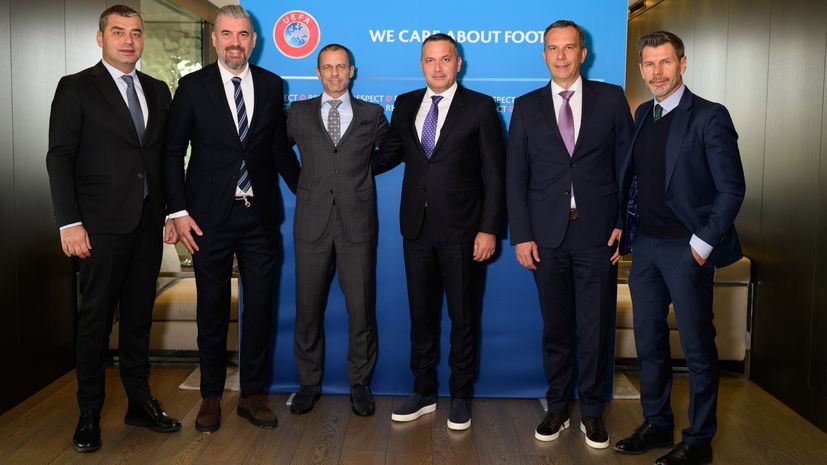 “Thank you to President Čeferin and his closest associates, Mr. Boban and Mr. Laković, for the extremely pleasant reception and constructive and open conversation. We are proud that Croatian football is highly valued within the umbrella house of European football, as well as that HNS has such a quality cooperation with UEFA on many projects. We are pleased that the President of UEFA is following an interesting competition in the First Division, and we also discussed a number of challenges of today’s European football, from the so-called Super League to the pandemic to the war in Ukraine. 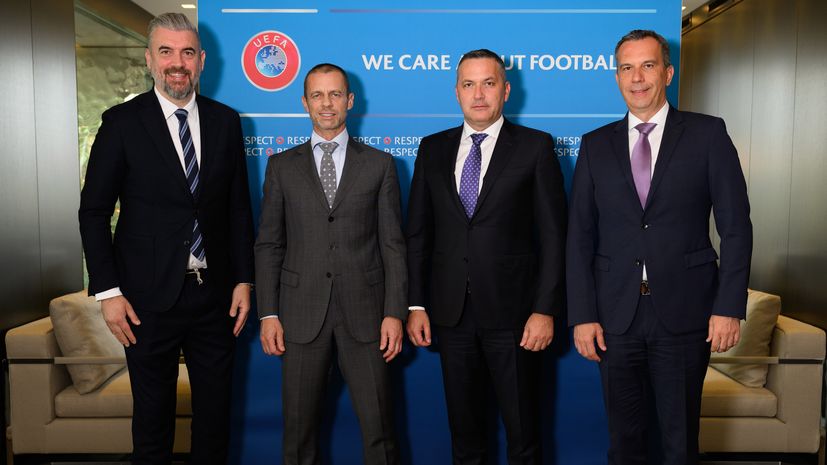 We presented the idea of creating a house of Croatian football in Veslačka Street (Zagreb) to President Čeferin, and we are glad that UEFA will support this project if we succeed in its realisation. We are honoured with such a pleasant reception and we look forward to returning the hospitality at the meeting of the UEFA Executive Committee, which will be held in September on Hvar,” said HNS President Marijan Kustić. 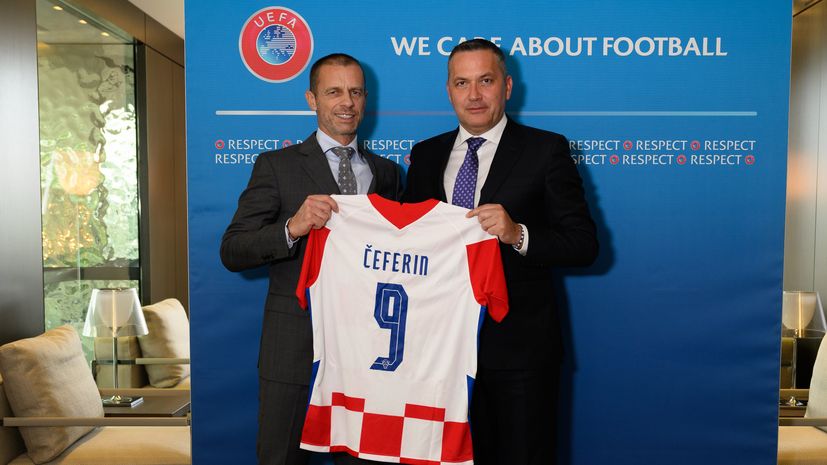 “We were pleased to receive the HNS delegation on and off the field, certainly one of the most successful medium-sized federations in Europe. The silver medal of the Croatian national team in Russia is the best inspiration for any small country that football dreams can come true if with football talent and skill show great togetherness.

Club football is also getting better, which is confirmed by the recently signed record contract for TV rights. HNS has made great strides in recent years in building quality infrastructure across the country and will certainly continue to have strong UEFA support in the same direction.

This also applies to a potential camp or football house in Zagreb, which would be a great solution for HNS. I am looking forward to another arrival in Croatia, Hvar is an excellent destination for the session of our Executive Board, where HNS will undoubtedly be a great host,” said UEFA President Alexander Čeferin. The HNS delegation presented the hosts with personalised shirts of current world runners-up – number 9 to Aleksandar Čeferin, number 11 to Zoran Laković and well-known number 10 to Zvonimir Boban, the legendary captain of Vatreni who led Croatia to a bronze medal at the 1998 World Cup in France.