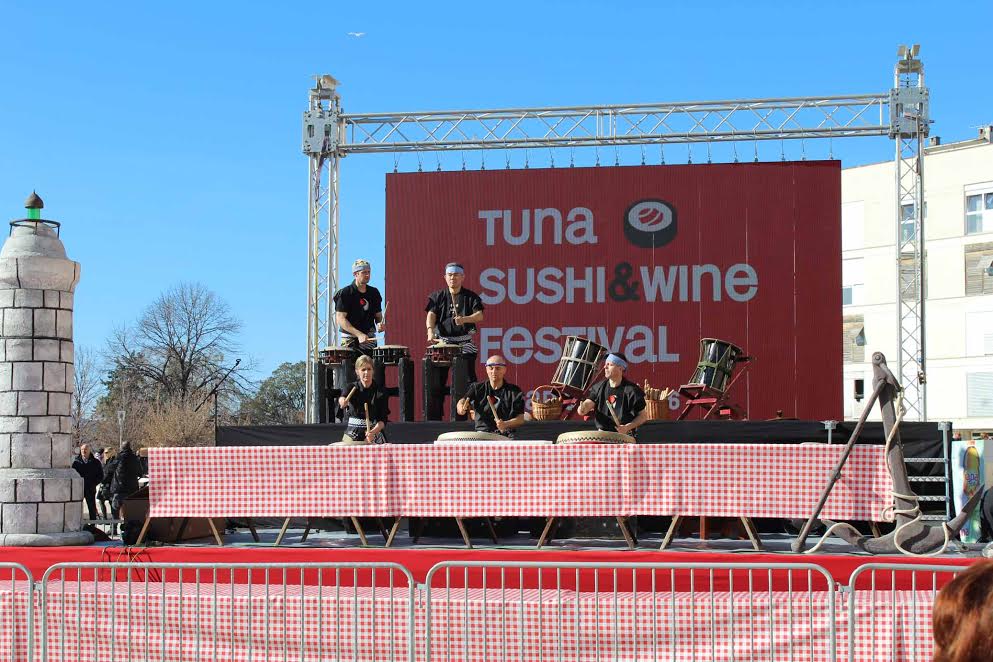 The 3rd Tuna, Sushi & Wine Festival is set to get underway in the Dalmatian city of Zadar next week.

This year’s festival, which will be held from 1st to 5th February, presents a combination and exchange of experiences of cultural, historical and natural Croatian and Japanese resources, together with a gastronomic experience.

The festival is divided into two parts, the professional part of the programme and the public one:

The professional section includes education and professional training of the best Zadar and Croatian restaurant chefs in culinary arts by Japanese sushi masters.

This will be attended by students of Zadar School of Hospitality, Tourism and Catering. A tour of Zadar and Zadar County is planned for Japanese guests and journalists.

The festival programme open to the public includes origami workshops in collaboration with the Archaeological Museum of Zadar, a visit to a local tuna farm, a presentation of traditional Japanese martial and defensive arts and skills performed by Zadar sports clubs, a lecture and a photo exhibition of Adriatic tuna at the City Lodge, a gala evening event in the Arsenal, a large public opening ceremony – a gastro event at the Main Square and a week of special offers of tuna specialties at Zadar restaurants. 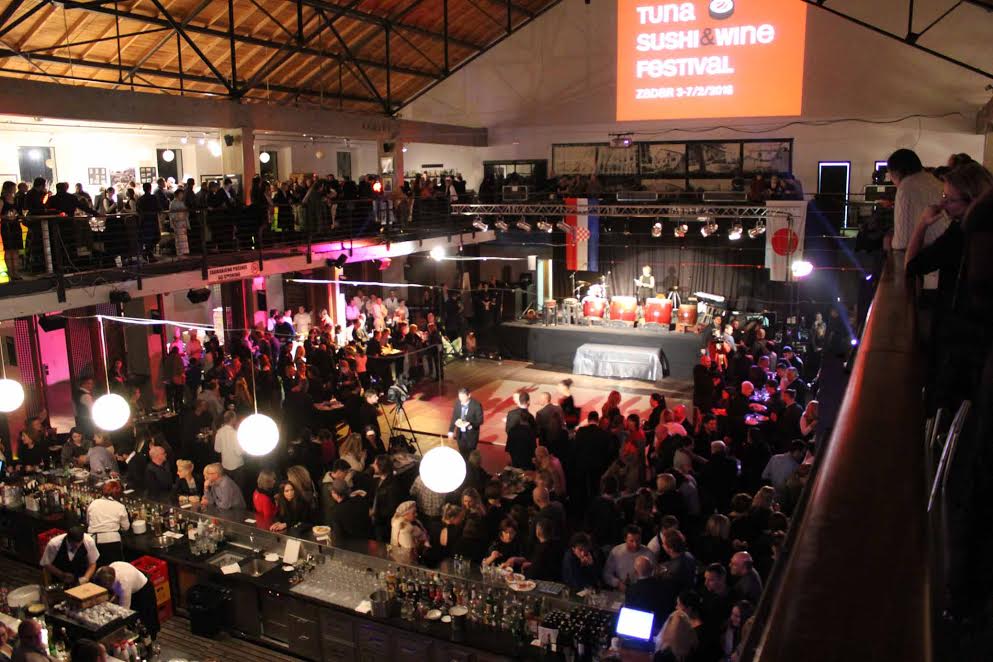 The coordinator and organizer for the Japanese participants of this year’s festival is NPO JCEA Japanese Croatian Exchange Society from Osaka, led by Ms Yamasaki Jelena, which has been successful for 20 years as a bridge between Japan and Croatia by making various promotions and presentations of Croatian tourism, famous personalities from Croatian sport, culture, art as well as presenting original Croatian products and souvenirs at various fairs and events throughout Japan and by organizing Croatian promotional events in Japan. Web page: www.japancroatia.com

The festival is organised by the Zadar Tourist Board, in collaboration with City of Zadar, Embassy of Japan to Croatia, Croatian Ministry of Tourism, Croatian National Tourist Board, Croatian Chamber of Commerce, Zadar County Tourist Board and NPO JCEA Japanese-Croatian Exchange Association. 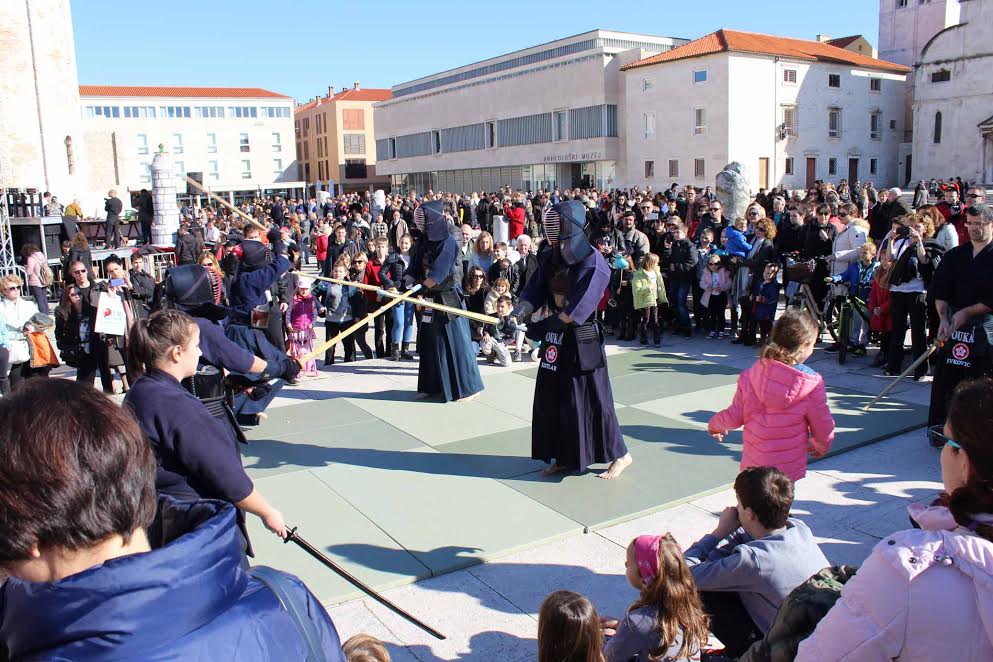 11 a.m. Opening of the photo exhibition called “The Harvest” and the official opening of Tuna, Sushi & Wine Festival 2017 at the City Lodge

11.45 a.m. There will be a reception with snacks in the courtyard of the City Sentinel

1 p.m. Departure by boat to visit the tuna farm (TBC) 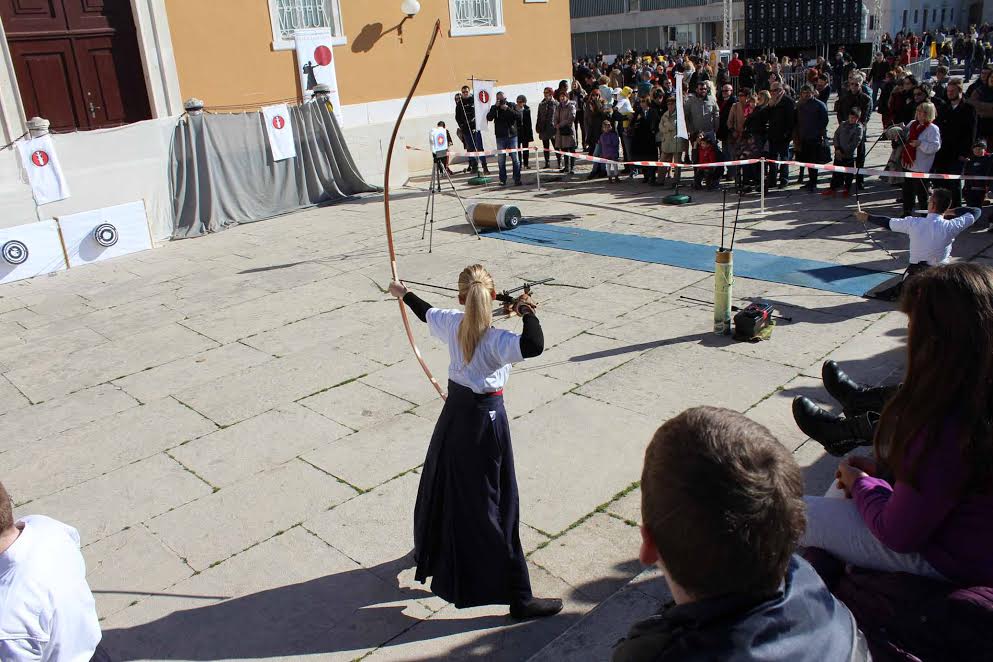 11 a.m. Lecture: Tuna Farming in Croatia – as part of the photo exhibition “The Harvest” at the City Lodge

Lecture description: Tuna farming is based on catching pens in nature and then fattened in floating cages. There are two approaches to the commercial production of tuna – tuna fattening and farming. When we speak of fattening, larger specimens are caught and fed during a short period of usually four to six months, with the goal of increasing the amount of fat, which in turn has a huge impact on the price of the Japanese tuna market.

When we speak of tuna farming, young specimens are farmed during 2-3 years, to increase the weight of the fish and change the proportion of fat and meat. Farmed tuna almost entirely meets the standards of sashimi market, unlike caught tuna where only 30% is of the highest quality. Due to seasonal fluctuations in the quality followed by significant changes in the price of tuna on the Japanese market, in 1992 a project of tuna farming was launched in Australia. The attempt was to achieve the quality of meat that meets the needs of the demanding sushi and sashimi market by intense feeding of southern bluefin tuna (Thunnus maccoyii) in floating cages in the period from 3-6 months. The aim of farming is not to increase the biomass but to meet the specific requirements of sushi and sashimi market i.e. fat content, colour and taste.

A few years later a group of Croatian immigrants transferred their experience and lessons learned in Croatia, and in 1996 recorded the first experimental tuna fattening in Croatia, with a production of 36 t (Kali Tuna, island Ugljan). In Croatia the northern bluefin tuna (Thunnus thynnus) is being farmed. Today in Croatia there are 4 active companies for tuna farming on 5 locations. In Croatia we can talk primarily about the technology of small tuna farming, but also on tuna fattening.

Each day three public workshops starting at 10 A.M., 11 A.M. and 12 hours. Each workshop lasts for 50 minutes.
Origami Workshops at the Archaeological Museum of Zadar www.amzd.hr in cooperation with the Croatian Origami Society

Origami workshops will be held by Ms Sanja Srbljinović Čuček

* Presentation of the samurai bow and arrow skills in collaboration with Yumi Kyudo club at the Forum
MORE: http://www.kyudo-zadar.com.hr/

* Presentation of Aikido defence martial art in collaboration with the Aikido Club “Zadar” at the Forum
MORE: http://www.aikido-zadar.hr/aizd/#!/novosti

* Presentation of Kendo defence martial art in collaboration with the Kendo club “Ouka” at the Forum
MORE: http://www.kendo-zadar.info/

(MORE ABOUT THE ARSENAL: http://www.arsenalzadar.com/hr/index.php

* Buffet dinner with tuna and sushi specialties and drinks at reasonable prices, in cooperation with Zadar Association of Caterers, Zadar Caterers Guild and Japanese sushi masters – MORE on ZAC: http://www.uzu.hr/www/

* MBS TV show’s MASTERCHEF, professional chef and owner of the VIP chain restaurants and tuna cutter Mr TOSHIHIRO NAKATSUJI together with his co-workers will hold a performance for visitors of the gala evening event in the Arsenal and show how to cut fish needed for preparing sushi, forming of sushi and other tuna dishes with the help from sushi masters Tomislav Begić and Terumi Miyake from Ginger Sushi and San Okamoto from a Japanese sushi restaurants in Split.

* The presenter of the gala evening event is Mr Frano Ridjan