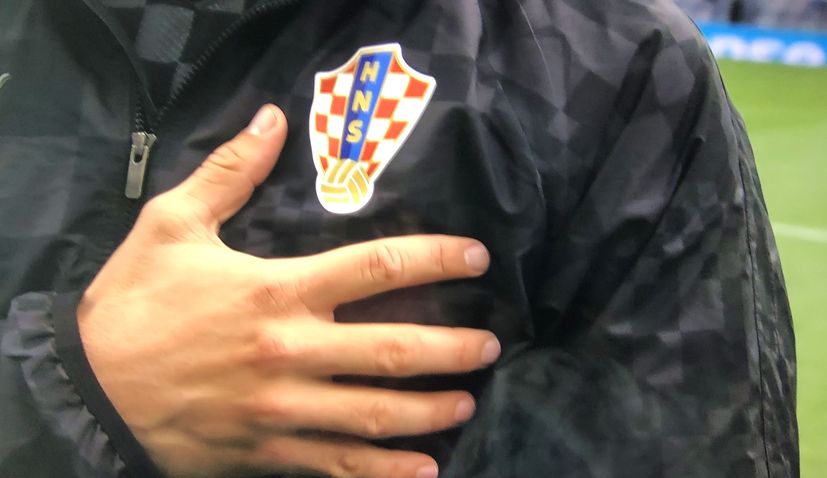 Mention the name Marc Rochon and it will not mean much to the average Croatian football fan, but the Scottish national has been playing a part behind the scenes for Croatia since before the 2018 World Cup in Russia.

Rochon is one of coach Zlatko Dalić’s backroom staff and is the team’s video analyst.

Dalić and Rochon worked together for three and a half years at Al Ain FC during his successful stint in the United Arab Emirates. When Dalić was appointed the Croatia job, ahead of the important World Cup qualifier against the Ukraine in 2017, Rochon congratulated his former boss and said if he needed anything he would happily help.

Dalić took up Rochon on his offer and the Scot had 24 hours to do some research.

“I studied Ukraine for 24 hours and sent a video and PDF of Ukraine’s strengths and weaknesses. Dalić used the research for the match and then invited me to do the same for the play-off against Greece, and that is how it started,” Rochon told the HNS podcast.

The 35-year-old Scot was then retained for the World Cup in Russia and is still a key part of the set up today.

On Tuesday, Croatia faces Rochon’s homeland Scotland in a do-or-die match at Euro 2020. A victory for Scotland would create history for the nation but there are no doubts who Rochon wants to win.

“I was happy for Scotland to make it (to Euro), the first major tournament since 1998. It was a huge thing for me to see them make it. I wish them well in every match apart from ours (against Croatia). I hope they can get out of the group stage but not at our expense. Against us it will be entirely Croatian all the way,” he said.

After obtaining a sport science degree, Rochon got an internship at Southhampton. He also spent one year at Tottenham, during the period when Croatians Luka Modrić, Niko Kranjčar and Vedran Ćorluka were part of the squad. Now he is working along side Ćorluka on the Croatia backroom staff.

“Luka was the best player at Spurs at the time, and perhaps the league. You knew he would go on to bigger things,” Rochon said.

After Spurs, Rochon become part of the backroom staff at Portsmouth.

The likeable Scot revealed which players in the Croatia side like to see the most video footage.

“Ivan Perišić requests the most video footage, he wants to see training footage, opposition players, traits of players, is there anything he can learn to take into the match. Luka also wants to know information on what we are doing, the two are the most heavily involved.”

Rochon, who is the first foreigner to ever be on the coaching staff of the Croatian national team, is not based in Croatia and only arrives into the country for the preparations and matches.

“When I’m there everyone is very friendly and welcoming. The language is very difficult but luckily most of the team and all the staff speak English. Croatia is a beautiful country and the food is delicious so it’s always a pleasure to go over. When I’m there you see the culture is a strong passionate people but they are also very considerate and well mannered in general, with everyone happy to help each other out,” he said in an earlier interview.

Croatia plays Scotland at Hampden Park in Glasgow on Tuesday at 9 p.m. in the final Euro 2020 Group D match.

You can watch Rochon on the HNS podcast below.