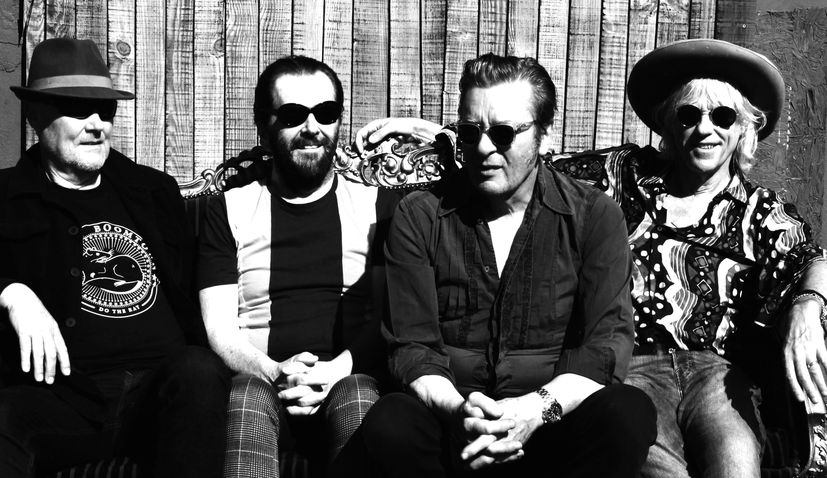 The Boomtown Rats will play at Hala in Zagreb on 14 March 2020. Hala is a brand new multifunctional venue located at Heinzelova 96a in the Croatian capital.

The Boomtown Rats were founded in Dublin in 1975, and because of their fast, loud and furious music and attitude, become an integral part of the punk scene. Once described as anti-establishment and ineligible, with a ban on playing in their own country, The Boomtown Rats were shocked and inspired in Ireland in the 1970s and their mission was to upset and question what it means to be young in a then claustrophobic country. Along with singer Bob Geldof and his resistance to power, they earned the loyalty of a youth who felt constrained by the conspiracy of church and state.

The Boomtown Rats first toured with the Ramones and Talking Heads, shaking up the status quo with bands like Sex Pistols, The Clash, The Jam and The Stranglers. They became one of the biggest bands of the late ’70s and’ 80s with a number of top ten hits, platinum albums that earned them Brit Awards, Ivor Novello and Grammy awards.

After the 1986 breakup, they reunited in 2013 without Johnnie Fingers. Ever since then, The Boomtown Rats have continued their sold-out tours across the UK and Europe, as well as performing at festivals.

“Listening to and singing our songs again, I realised that they sounded like they could have been written yesterday; the circumstances in which they were created have not changed. it is tragic and incredible that they can still sing these songs fully convinced of their meaning. This is not nostalgia, but a time to get angry with the system again. It’s time to go back to Boomtown,” said Bob Geldof.

Their new album was announced this spring, the first in 36 years, and ten new songs will be featured on Citizens of Boomtown.

Tickets for the Zagreb concert go on sale today. Ticket prices are 180 kn until 14 February. From 15 February to 13 March, tickets will cost 200 kn and on the day of the concert 220 kn. There are limited packages that includes two tickets and a parking space inside the Hala courtyard for 380 kn.