Sports betting company SuperSport became the title sponsor of the Croatian Football Cup after a signing ceremony in Zagreb today.

The biggest football competition in Croatia will bear the name SuperSport Croatian Football Cup in the 2021/22 season, starting with the round of 16 matches that are scheduled for this week.

The signing ceremony, held at the DoubleTree by Hilton hotel, was attended by the president of the Croatian Football Federation (HNS) Marijan Kustić, executive director of HNS Tomislav Svetina, members of the SuperSport betting board Goran Đurić and Radim Haluza and the president of VOX-football and editor-in-chief of HNTV Ivan Blažičko.

In addition to the title sponsorship of the competition, the bookmaker SuperSport will directly financially assist the host clubs in the phase of the last 16 of the Cup.

“We thank SuperSport for recognising the sporting and market value of the Croatian Football Cup. We are pleased that we will have even greater visibility of the competition across the country through television broadcasts, and that through this partnership we will directly help host clubs in organising the match,” said HNS president Marijan Kustić. 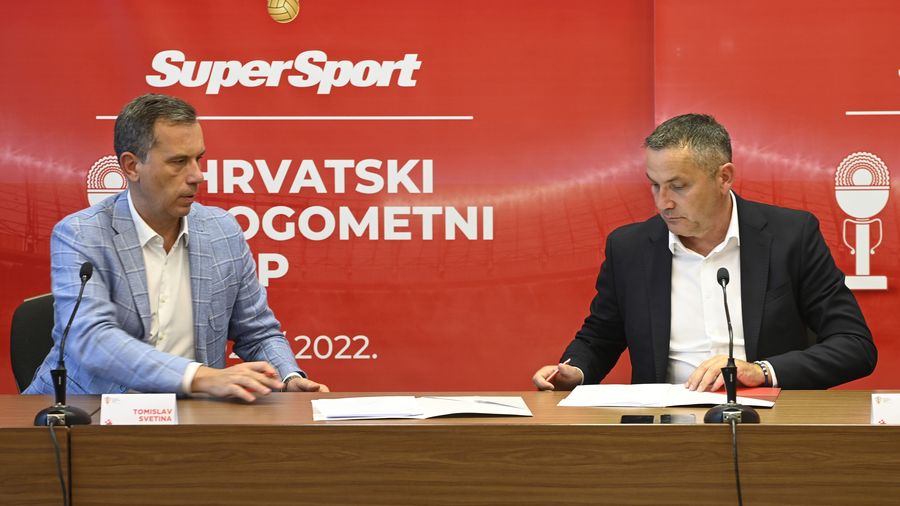 “The Croatian Football Cup deserves a title sponsor and that is why we are looking forward to this cooperation with SuperSport. This is an important step in the further commercialisation of the competition under the auspices of HNS, which confirms the exceptional popularity and potential of Croatian football,” said Tomislav Svetina.

“We are extremely pleased with the agreement reached with HNS on sponsorship of the SuperSport Croatian Football Cup. We are aware of how much our players love and follow football, and how interesting the Cup is for them due to its uncertainty, so it makes us proud that such an important competition is named SuperSport,” said member of the management board of the SuperSport betting shop, Goran Đurić.

“It is extremely important for SuperSport to invest in the further development of Croatian football and that is why we are glad to announce that we will donate 10,000 kuna to each host club in the round of 16 to help organise matches, which we deeply believe will give them extra wind and make this Cup more more interesting,” added SuperSport board member Radim Haluza. 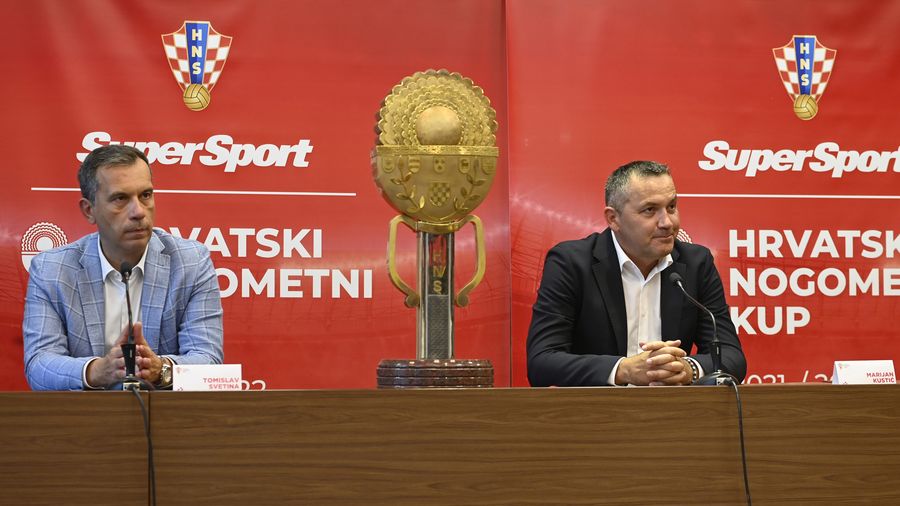 “Croatian Football Television (HNTV) has had the promotion of Croatian football since its establishment and that is why we are looking forward to being a partner in this valuable agreement. HNTV will broadcast five matches of the last 16 live, which is a record number of broadcasts at this stage clubs, which will provide even greater visibility to clubs as well, but also the new title sponsor of the competition, SuperSport,” said Ivan Blažičko, editor-in-chief of HNTV.