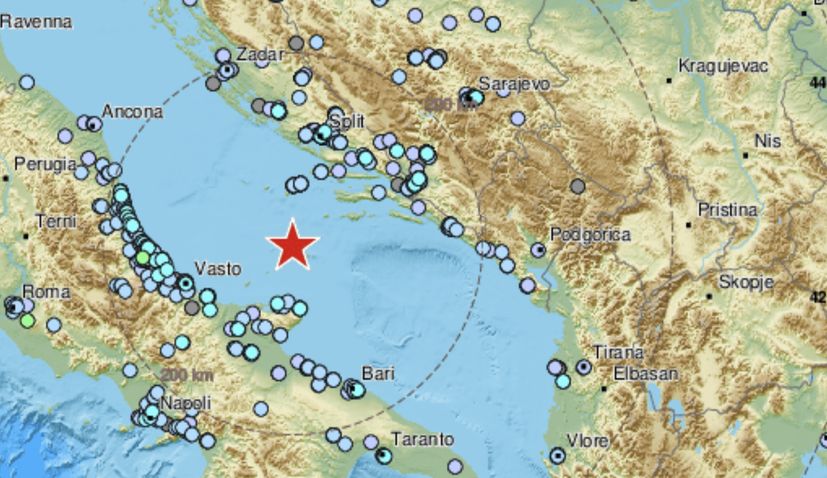 ZAGREB, 27 March 2021 – A strong 5.4 magnitude earthquake has struck in the Adriatic Sea in between Croatia and Italy on Saturday afternoon, the Euro-Med Seismological Centre (EMSC) reported.

The earthquake struck at 1:37 pm on Saturday afternoon with the epicentre 66 km from the Italian coastal town of Vieste, 169 km northwest of Bari and  120 kilometres south of the Croatian city of Split.

There have been reports that the earthquake not only felt in Italy, but also on the Croatian islands and in Split, Trogir, Omiš, Makarska and Imotski.

“There is no tsunami threat for this event (too small),” EMSC said.

Geoscope reported later in the afternoon that the earthquake measured 5.5 on the Richter scale with a depth of 6 km.

Four smaller aftershocks in the Adriatic Sea have been felt in the two hours following the largest shake, EMSC said.

No reports of any damage has come in as yet.