Home » News » State should guarantee minimum wage for all who have lost their jobs, Croatian president says 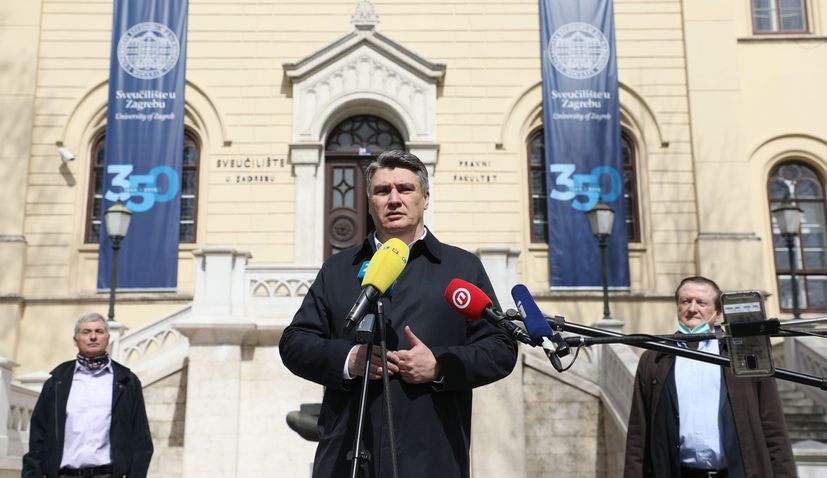 ZAGREB, March 28 (Hina) – President Zoran Milanovic said on Saturday that the state should send a clear message to those affected the most financially by the coronavirus epidemic and guarantee at least the minimum wage for all those who have lost their jobs.

“It is important that those who are economically the most affected… very soon receive a clear message – ‘We are here for you’. Because people who are laying off workers, closing down their businesses… need a clear message that the state will help them. Well-intentioned promises are not enough,” Milanovic told reporters after visiting Zagreb’s School of Medicine and University Rector’s Office.

Milanovic said that he had not been invited to join the government’s emergency team of advisors for the economic sector as he did not belong there but that he was open to talks.

“I don’t want to cause confusion in matters which are not within my remit, any advice is welcome but the government is the one making decisions,” he said.

He said that the measures adopted by the government so far were “an economic shield” and protection for those who need assistance the most, and that they would change as the situation unfolds.

Milanovic believes that there has been a lot of misunderstanding and poor communication between the government and those affected the most by the crisis – people who work in the private sector and whose liquidity is not strong.

The public sector should help shoulder the impact of the crisis and wages in that sector should be reduced as soon as possible, but they should not be reduced to the minimum wage, Milanovic said.

“That is a very bad idea by moralists and demagogues. But those wages should be reduced and in six months’ time, we’ll see where we are,” he said.

The state should guarantee the minimum wage for everyone who has lost their job due to the current crisis, without exception, Milanovic said.