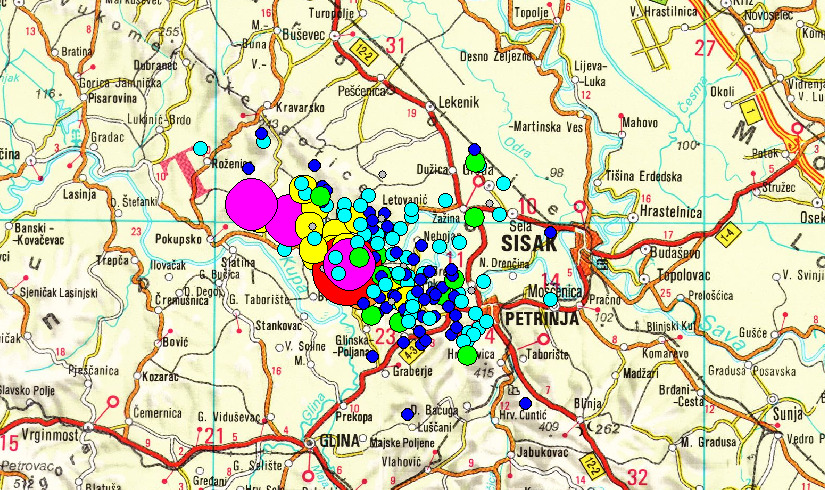 PETRINJA, 31 December 2020 – It was another night of more aftershocks in central Croatia following Tuesday’s devastating earthquake.

Croatia’s Seismological Survey registered a magnitude 3.7 earthquake at 4.33 a.m. on Thursday with the epicentre near the village of Strašnik around Petrinja.

The tremor was felt again in Zagreb, Karlovac, Zaprešić, and even Garešnica, in Bjelovar-Bilogora County.

This was followed by several smaller earthquakes, with the two strongest a magnitude of 3.1 on the Richter scale, one was at 5.24 a.m., and the other about an hour later.

Croatia’s Seismological Survey registered a magnitude 3.9 earthquake at 9.15 a.m. on Thursday with the epicentre 10 km west of Petrinja.

The tremor was felt in the wider area, including Zagreb, and there are no reports of damage for now.

In the last 72 hours, the area around Sisak and Petrinja has been hit by more than 120 earthquakes, the most devastating of which was the one on Tuesday at 12.19 p.m. which measured 6.2 on the Richter scale and claimed seven lives.