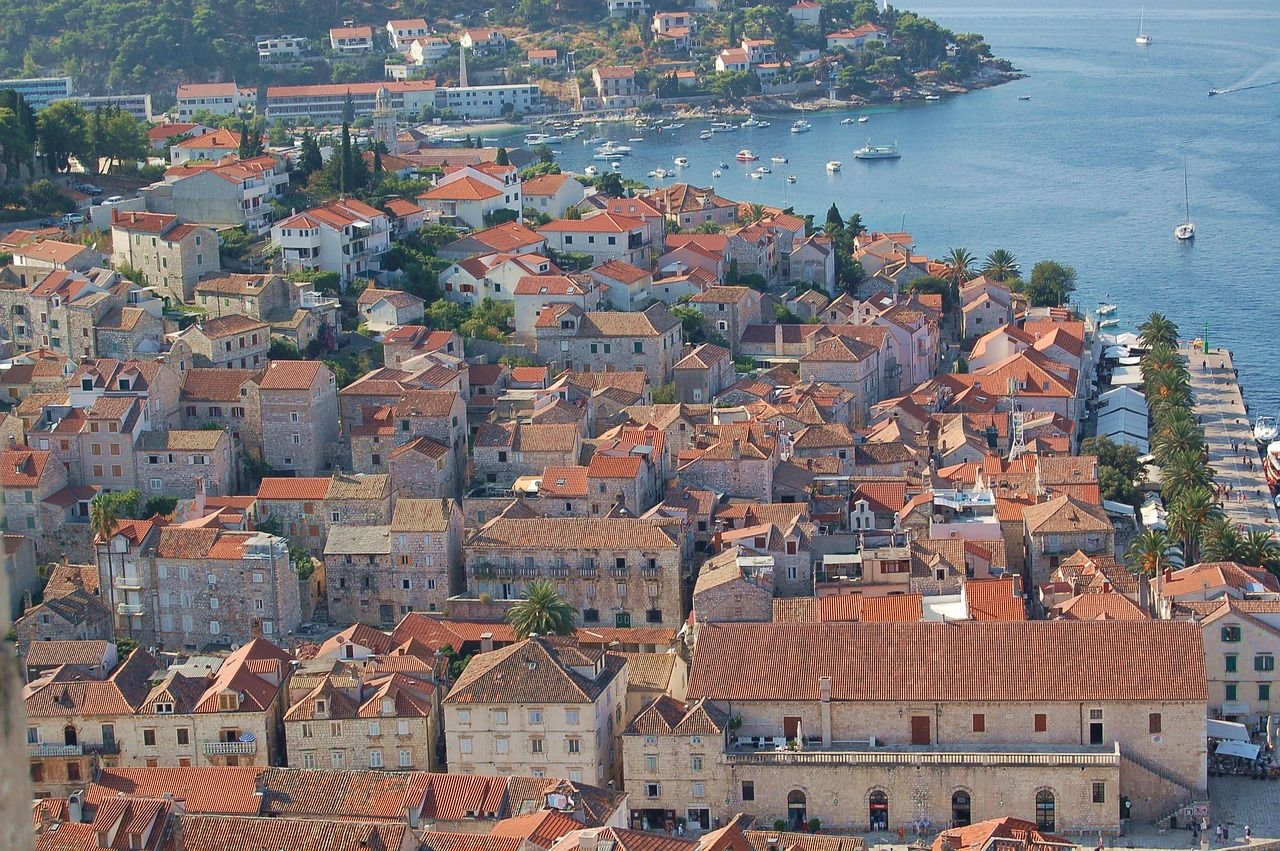 24 June 2019 – If are visiting the island of Hvar and you want to enjoy yourself without getting stung in the pocket, then take note of the set of fines for behaviour not tolerated around the town.

In 2017, the City of Hvar on the island of the same name decided to introduce fines to tackle the problem of the increasing number of rowdy tourists turning the classy destination into a boozed-up free-for-all.

Fed-up locals had been complaining of revellers to the island going overboard and wrecking havoc over the town with a culture of over-indulgence in sex, drugs, and booze.

Hvar wanted to return the island to its classier days as a destination and is punishing behaviour they deem inappropriate.

The heavy fines are to act as a deterrent. 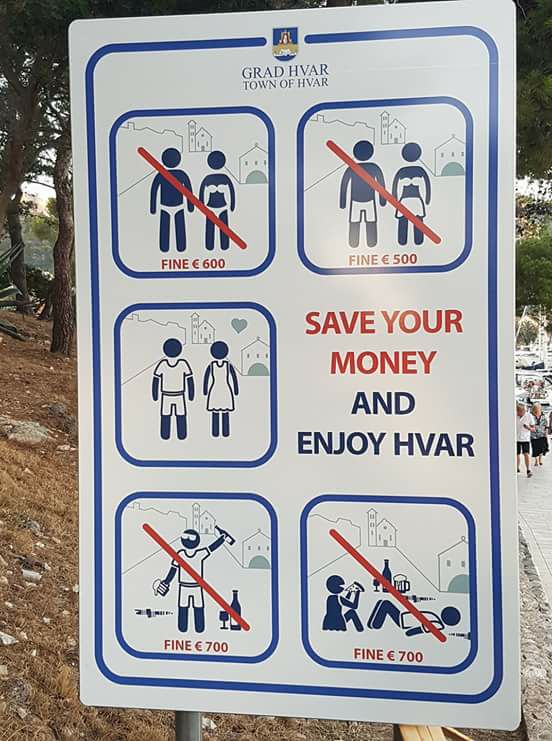 The Town of Hvar has erected a board so all tourists are aware of the new rules in town. “Save your money and enjoy Hvar” the sign reads.