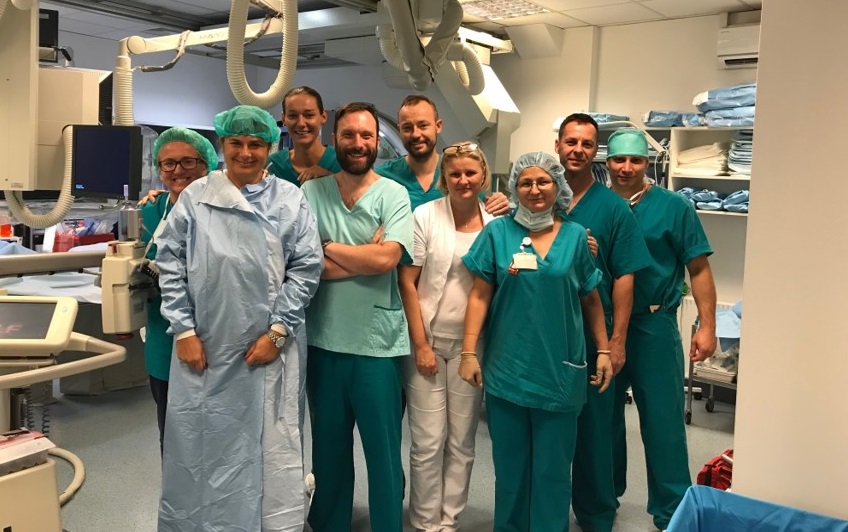 The team at KBC Zagreb involved in the revolutionary operation (Photo: KBC)

Great success for the medical team at the University Hospital Centre (KBC) in the Croatian capital Zagreb.

A team of doctors at KBC has become the first to successfully treat a patient with an abdominal aortic aneurysm using Percutaneous Endovascular Aneurysm Repair (pEVAR), a minimally invasive endovascular surgery and not open surgery, KBC said.

Last Friday the 55-year-old patient was rushed into hospital in a critical condition and doctors decided to perform endovascular surgery because open surgery would have too risky.

A number of doctors took part in the difficult and risky three-hour operation which was a success. The patient is recovering well in hospital. 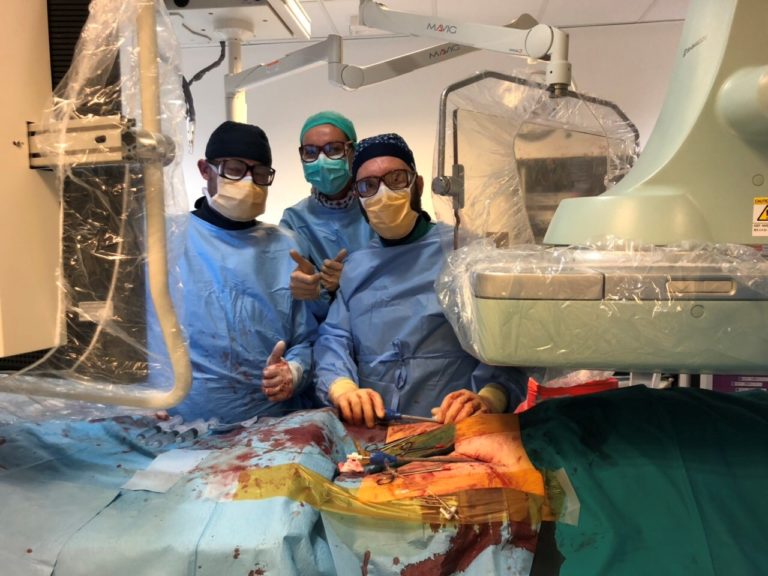 The success of the minimally invasive endovascular surgery has now opened up doors to treat this most serious condition in a new way. Previously, the only surgical options to fix an abdominal aortic aneurysm were Open Surgical Repair.

This this is the first time this method has been successful in treating an abdominal aortic aneurysm which is an enlarged area in the lower part of the aorta, the major blood vessel that supplies blood to the body.

“From what we could find in literature, this is the first time in the world a case like this has been treated in this way,” said Dr. Damir Halužan.

This is a massive advancement for the medical profession in what is one of the major causes of death in Croatia.