Home » News » Resolving double taxation and visas for Croatians should be priority for new U.S. administration 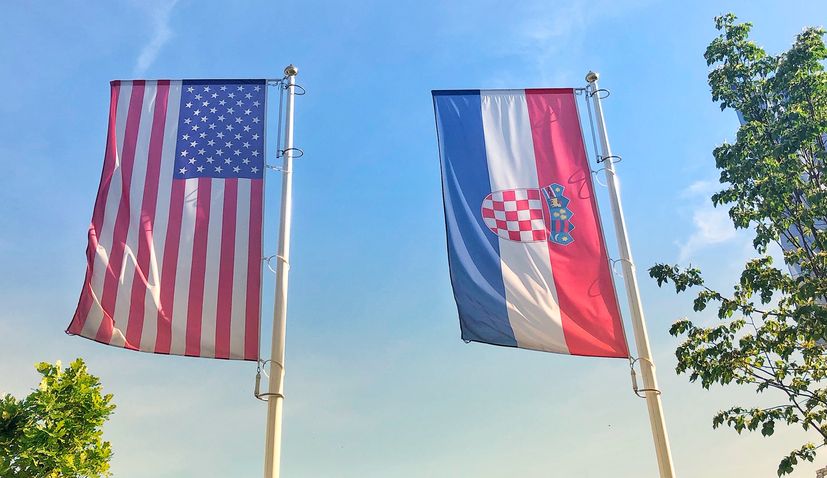 ZAGREB, 19 January (Hina) – The change of power in the U.S. could additionally boost Croatia-United States economic relations and for now the priority is to resolve double taxation and visas for Croatian citizens, the Croatian Chamber of Commerce (HGK) said on Tuesday.

Croatian export to the U.S. has been growing solidly and constantly, with trade totalling $649 million in 2019, including $461 million worth of Croatian exports, up 14% on 2018. In the first nine months of 2020, Croatian exports reached $370 million.

The HGK’s vice president for international affairs, Ivan Barbarić, said he was confident the Joe Biden administration would change the current course and return to economic globalisation, cooperation with international organisations and possible joining of new or old trade treaties.

Barbarić said he hoped “the new administration will enable stable and predictable EU-U.S. relations and trade. That would certainly benefit Croatia and our companies operating internationally.”

He said double taxation was one of the burning issues in Croatia-U.S. relations, noting that Croatian companies exported many services to the U.S. Last year that brought in €152 million and those companies would benefit the most from a double taxation avoidance agreement, he added.

“We believe the new American administration too will realise the importance of that agreement and sign it as soon as possible.”

As for the waiving of visas for Croatian citizens, the HGK has cooperated on resolving the issue with the US Embassy to Croatia. According to the latest unofficial information, Croatia has met all the requirements and visas could be waived soon.

An example of quality economic and political cooperation is the LNG terminal off Krk island which was put to commercial use at the beginning of the year, the HGK said, adding that the import of U.S. gas reduced European consumers’ dependence on Russian gas.

President-elect Biden has announced the U.S. will rejoin the Paris climate agreement, which could increase U.S. investment in energy, the HGK said, adding that Croatian companies should use that opportunity.

The HGK recalled that Croatian wines will be served at Biden’s inauguration, saying this is a culmination of the years-long successful export and promotion of Croatian wines in the U.S. market. Wine export has been growing 10-15% a year and reached $860,000 in the first ten months of 2020.