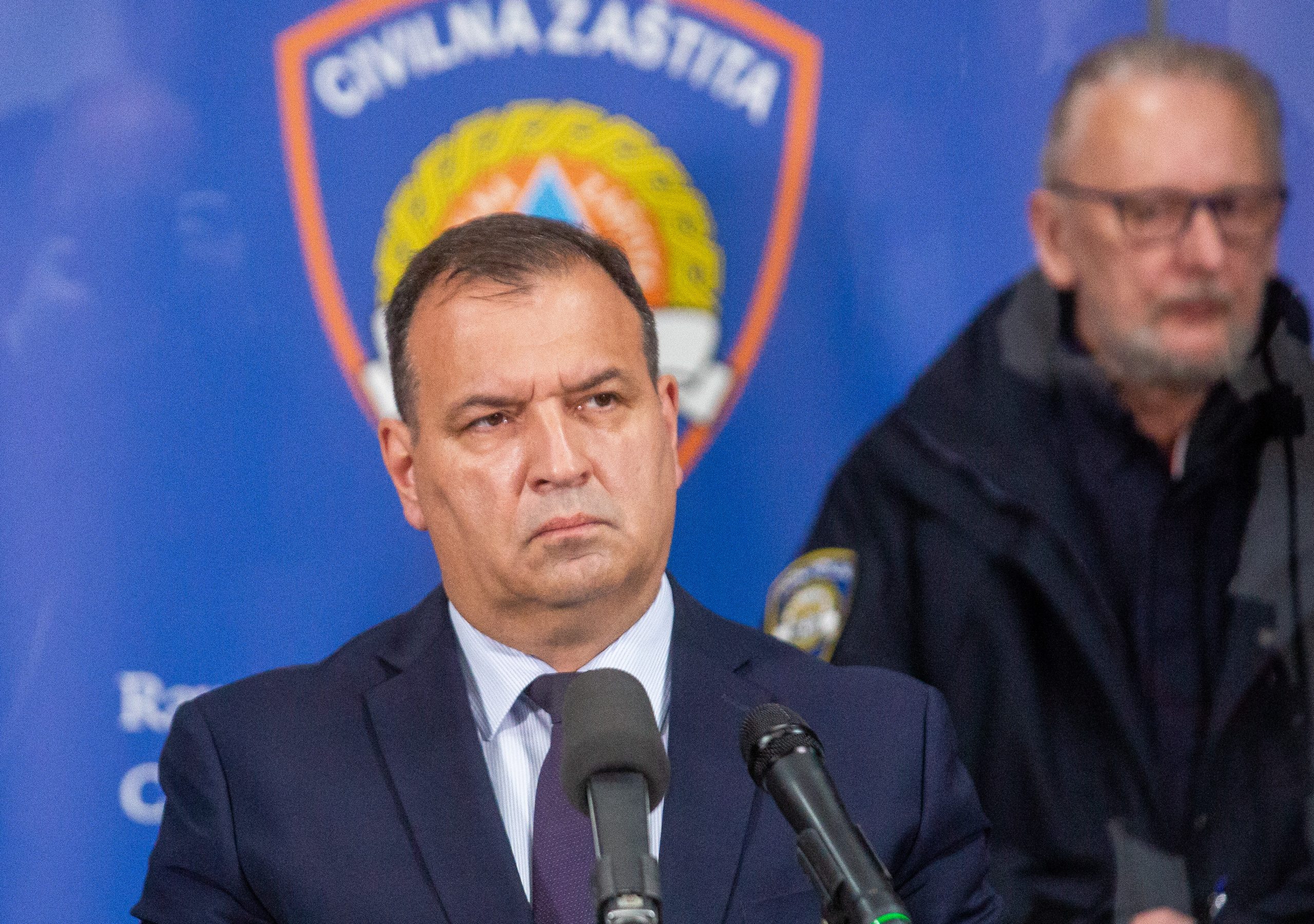 ZAGREB, 24 January (Hina) – Health Minister Vili Beroš said on Sunday a decision on the possible relaxation of COVID-19 restrictions, the opening of sports facilities and gyms, and the possibility of face-to-face classes for higher primary school grades would be made next week.

Current restrictions are in place until 31 January and a possible relaxation was discussed today by members of the government, epidemiologists and the national COVID-19 response team.

Speaking to the press after the meeting, Beroš said it was concluded that the epidemiological situation in Croatia was exceptionally satisfactory and that this allowed for considering a relaxation.

However, the measures will be relaxed only if the new coronavirus variant does not appear in Croatia, otherwise a new adjustment will be necessary, he added.

As part of a possible relaxation, Beroš said attempts would be made to equalise the measures for bars and restaurants.

“We will adopt measures that are appropriate to the moment, to the epidemiological situation in Europe and Croatia, and to the fact that some new variants of the virus are around us.”

Beroš said the meeting also discussed the disruption in vaccination because manufacturers did not comply with the agreements which defined the pace of delivery and quantities.

It was agreed that Croatia, both alone and as part of the EU, will once again request that those in charge talk with the vaccine manufacturers and find a way to deliver the agreed quantities.

It was also agreed to define a coronavirus genome sequencing strategy to detect the appearance of new variants in Croatia.

Beroš said over 100 virus genome sequencings had been done as part of the Science Foundation and that preliminary findings showed that samples from northern Croatia included elements matching the genetic changes of the virus in Scotland.

“That can also explain that sudden surge in new infections in Međimurje and Varaždin counties. But now there are no such clusters and we can say that there is no such virus in Croatia, but we are not isolated.”

Beroš said many European countries were closing down fearing new variants of the virus, adding that all that would be taken into consideration when adopting new measures next week.

Asked if there was enough of the Pfizer vaccine for administering the second shot, he said Croatian Institute of Public Health Krunoslav Capak guaranteed there was and that there would be no problems in that regard.

However, we must be very rational with new doses because delivery has slowed down. The goal is to give the second shot to everyone who received the first dose, but at this moment vaccination will not be expanded, the minister said.

He said today’s meeting discussed the procurement of COVID vaccines from other sources but that no definitive decision was made. “We are agreed that we will request what was agreed and what Europe expected from the manufacturers.”

The minister also commented on the youngest COVID fatality in Croatia, an 11-year-old boy who died early today at Zagreb’s Hospital for Infectious Diseases.

Beroš said that according to documents he received from the Hospital for Children’s Diseases and the Hospital for Infectious Diseases, there had been no oversights in the treatment of the boy who most probably died of multisystem inflammatory syndrome.

The director of the Hospital for Children’s Diseases, Goran Roić, said earlier today the boy was brought to the hospital on the 21st with stomach pains.

Having developed rare and grave complications and testing positive for COVID, he was transferred to the Hospital for Infectious Diseases on the 22nd as doctors suspected multisystem failure, one of the complications of COVID.