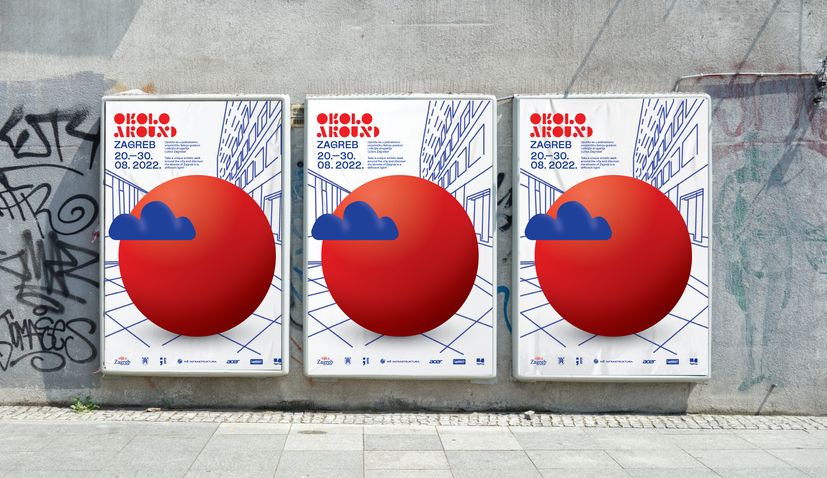 Zagreb, 16 August 2022 – The Okolo // Around art project in association with the City of Zagreb Tourist Board this year features new interesting site-specific installations and street art interventions in public space which will adorn to city streets and refreshen everyday urban life. Artful surprises await you every step of the way, waiting to be discovered between 20 and 30 August on a unique artistic stroll around the city.

On an encounter with art in hidden alleys, forgotten passages, tree tops in Zagreb’s parks and hideaways of the Old Town, Okolo // Around invites you for the fifth time around, and the list of artists leaving their trace around Zagreb is this year spearheaded by visual artist Lonac, a name well-known on the local and international street art scene, primarily thanks to photo-realist murals considered among the best in the world.

One such is set to appear in Zagreb and it will depict, following up on his previous work from Denmark, a portrait of a person in pastel colours, visually accentuating a chiaroscuro contrast.

Relevant issues from our daily lives, criticising consumerism, overabundance of cliches and modern-day fetishes, will be outlined by artist Nikolina Ivezić, whose original, recognisable and engaged works have been for many years now considered the pinnacle of Croatian contemporary art.

She is best known for her paintings/objects which combine elements of painting, sculpture, illustration and comic books. At Okolo // Around she is, in her own idiosyncratic way, making an ironic commentary on the world of luxury.

As many as two artists will play with different media and present new interactive pieces. A sculptor and multimedia artist acting on the intersection between technology, science and art, Vitar Drinković, is preparing a virtual exhibition for this occasion, exploring the perception of art in public space through a relationship between the real and the virtual.

An artist combining classical art techniques and contemporary technology, Ana Sladetić, is resorting to AR technology to give passers-by a chance to discover another dimension of watercolours and the lives of characters in the painting, and with 3D printed miniatures placed in the cracks around the city she is creating a proper little colourful settlement. 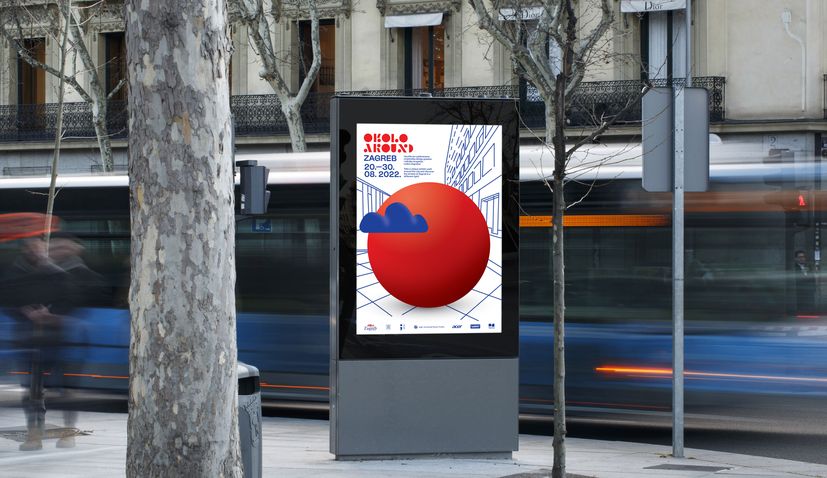 Other artistic surprises around the city will be the work of sculptor Mia Orsag and talented up-and-coming artists Matej Vuković and Ana Maria Maravić, as well as artists active in the field of design, set design and art installations Stella Leboš, Iva Rodić Novak and Jelena Malenica.

Mia Orsag is presenting a collective-intimate conceptual work inviting an observer to reflect on everyday needs, the growingly fast-paced lifestyle, trends changing in the blink of an eye conditioned by consumerist systems, as well as personal needs and the current perception of one’s own future.

Matej Vuković’s latest work concerns the relationship between the environment/objects and organic forms adapting under their influence, starring a park bench. Ana Maria Maravić’s work focuses on colourful snakes and calls attention to their true symbolism of transformation and creating new life. Designers and set designers Stella Leboš and Iva Rodić Novak with their multidimensional reflection of the world attempt at creating new points of view, highlighting many perspectives and focuses on reality, inviting visitors to play and explore.

And finally, jewellery and home décor designer Jelena Malenica, who in her artistic explorations pays equal attention to aesthetics and awareness about the relationship between man, nature and city, is displacing jellyfish from their natural habitat and assigning them to decorate urban elements.

By placing works of art into urban environment, Okolo // Around reinvigorates public spaces and turns them into places where art spontaneously touches daily urban life. It forefronts local artists and their personal experience and vision of the city, at the same time bringing contemporary art closer to broader public. 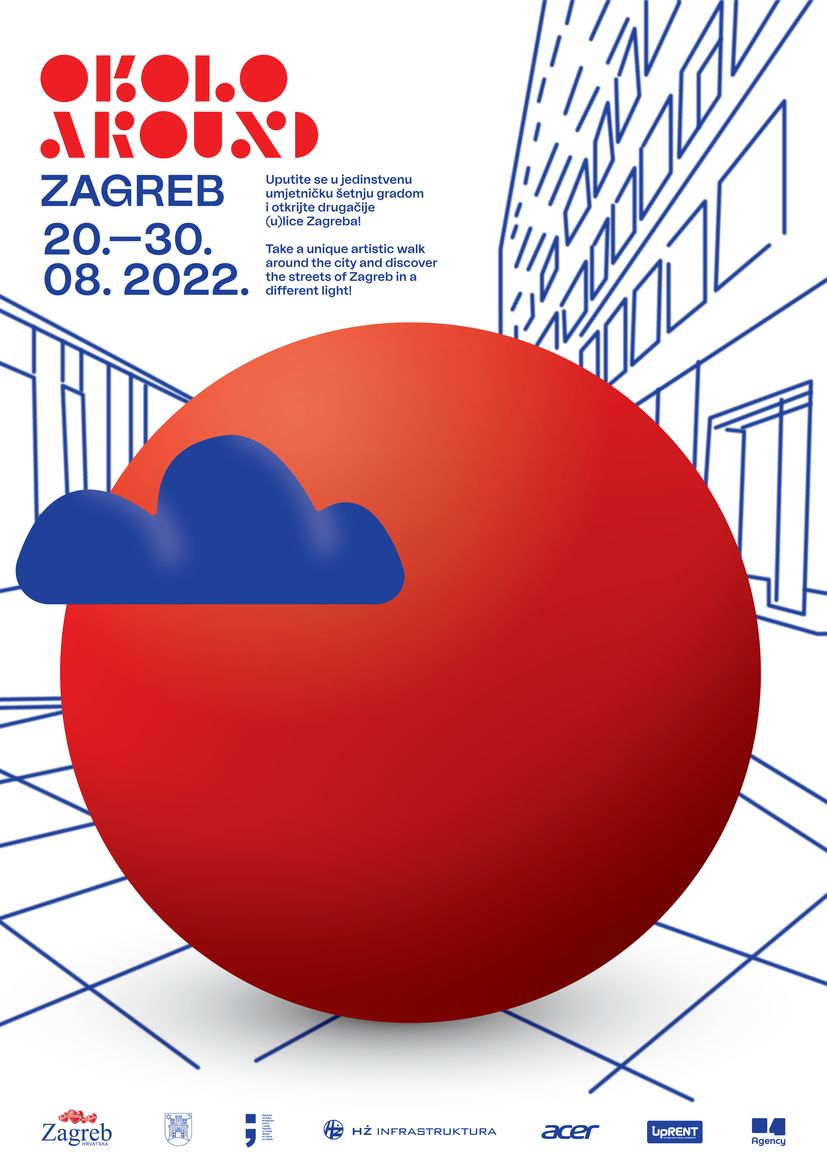 Okolo // Around was launched in 2018 by Nas dve (Ana Mikin, Tina Kovačićek) in association with the City of Zagreb Tourist Board. The red carpet to the Old Town, the blue clouds and the singing forest in Bela IV Park, the golden hands in Obrtnički prolaz, the wool heart which has become the symbol of Zagreb’s recovery after the earthquake, the silk sculpture in Tomić Street, the large floor mural in the playground above Dubravkin put, the light installation in the tree tops of Ribnjak Park, the farmer on the stairs to the Dolac farmers’ market, the sleeping giant in Petrinjska Street, the friendly street miniatures interacting with urban elements and plants that play music when touched – these are only some of the interesting interventions with which Okolo // Around has enriched the streets of Zagreb and thrilled both its citizens and tourists.

Take a walk on the artistic side of Zagreb!