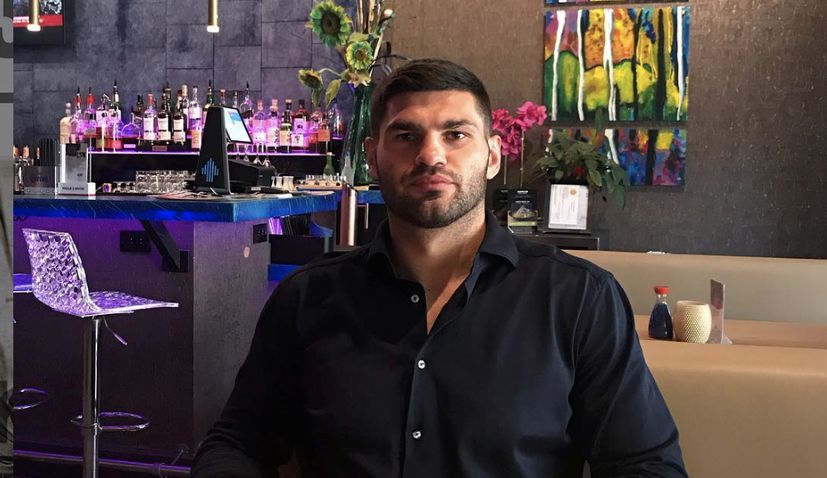 Croatian heavyweight boxer Filip Hrgovic is currently in Miami preparing for his first ever fight in Mexico next month.

Hrgovic will take on Mario Heredia at the Centro de Usos Múltiples in Hermosillo, Mexico, on Saturday August 24, live on DAZN in the US, Sky Sports in the UK and RTL in Croatia.

The Rio 2016 Olympic bronze medallist, who is now 8-0 with 6 KOs as he aims to position himself for a World title fight in the near future, took time out of his heavy training schedule to answer the internet.

The 27-year-old has given fans a chance to get to know him better after taking questions from fans on Instagram stories. Here are the Q&As.

Why are you training in Miami?

Because my coach Pedro Diaz has his sports camp here.

Which days do you train?

I train everyday, twice a day, except Sundays.

Where is your favourite place to relax away from your commitments?

At home with the wife, family and my guitar.

Who is a better boxer, Wilder or Fury? and who would you like to box?

How long have you been together with your wife Marinela?

We have known each other since we were young but 2014 was our year.

How did she win you over?

With her eyes, smile, character, strength and kindnesss.

Who are your favourite football and handball players?

Do you have brothers or sister?

Where were you born?

Are you scared of any boxer?

There is not one boxer I am afraid to fight.

What is the secret to your success?

Believe in yourself.
Commitment.
Hard work.

How did your parents accept your career?

With difficulty, but they had no choice. Mum can barely watch me fight.

Of coarse, and I thank them for the support.

When will you fight again after Mexico?

Probably again at the end of the year.