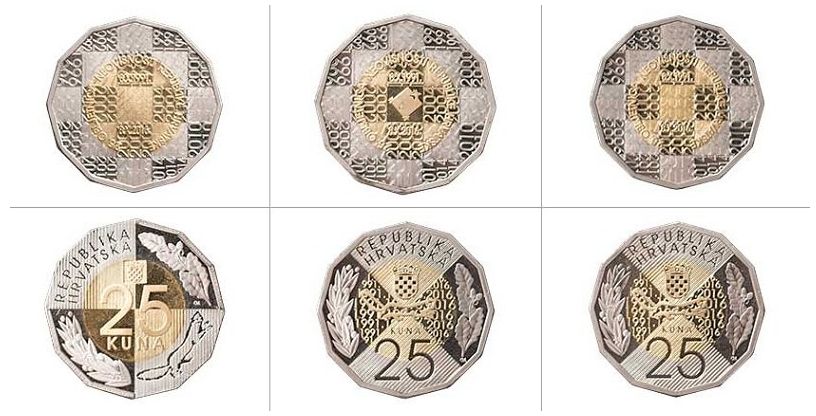 The new commemorative coins will be put into circulation on 7 October 2016, and the central bank has published a survey on its website and invited all interested parties to choose the coinage which they consider to be the best.

The Croatian National Bank will issue the new 25 kuna coins on the occasion of the 25th anniversary of Croatian Independence – 8 October 1991 – October 8, 2016.

The Croatian Monetary Institute have designed three different coins based on the works of sculptor Damir Mataušić. All interested parties are invited to vote on their favourite coin on the online survey. The most popular coin will then be made and 50,000 of them will be put into circulation this October. Only 11 series of the commemorative 25 kuna coin have been produced over the last 25 years.

The survey can be found HERE