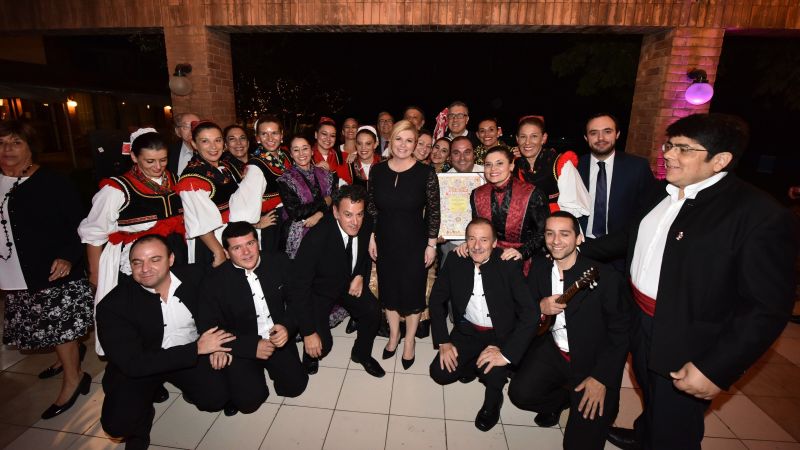 Croatian president Kolinda Grabar-Kitarovic has met with Chile’s President and members of the Croatian community in Chile during her official visit to South America.

On the second day of her Official Visit to Chile, the president met with members of the Croatian community in the capital Santiago where she handed out a number of official order honours.

President Grabar-Kitarovic expressed her delight to meet a large number of people in what is one of the oldest Croatian communities in the world. An estimated 250,000 people with Croatian heritage, mainly with origins from the Dalmatian coast, live in Chile.

“Croatians all over the world provided assistance, both material and through various contacts with influential people in many countries, so that the truth about the Croatian Homeland War broke into the world which was sometimes a deaf ear to our justified calls for understanding and assistance,” the president said, adding that Croatian defenders have always been appreciative of the support from Croatian communities around the world. 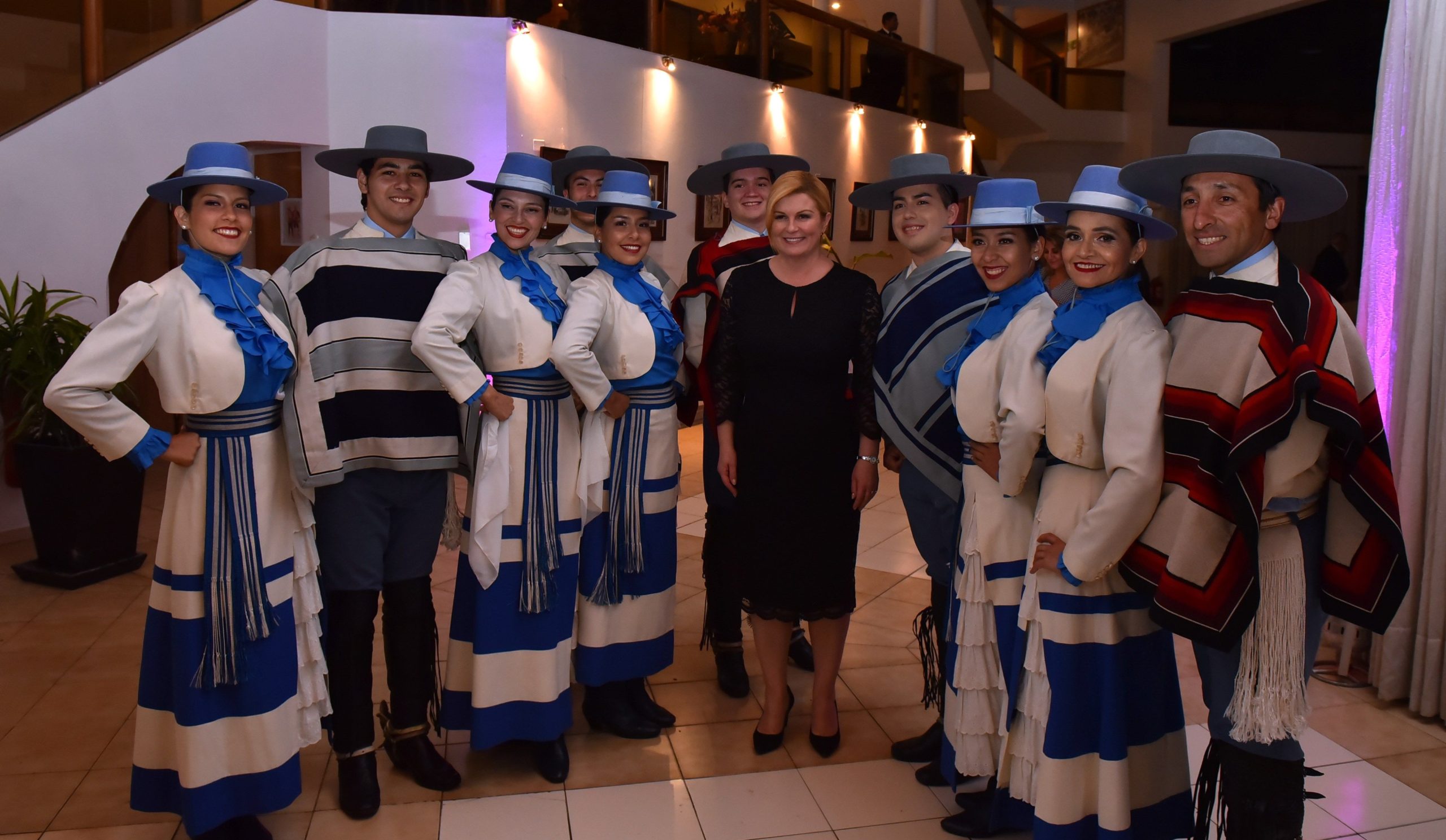 President Grabar-Kitarovic also expressed her desire to re-strengthen the united emigrant community and the homeland of Croatia, as well as the conviction that closer ties could bring great benefits, both for Croatia and for Croatian emigration. 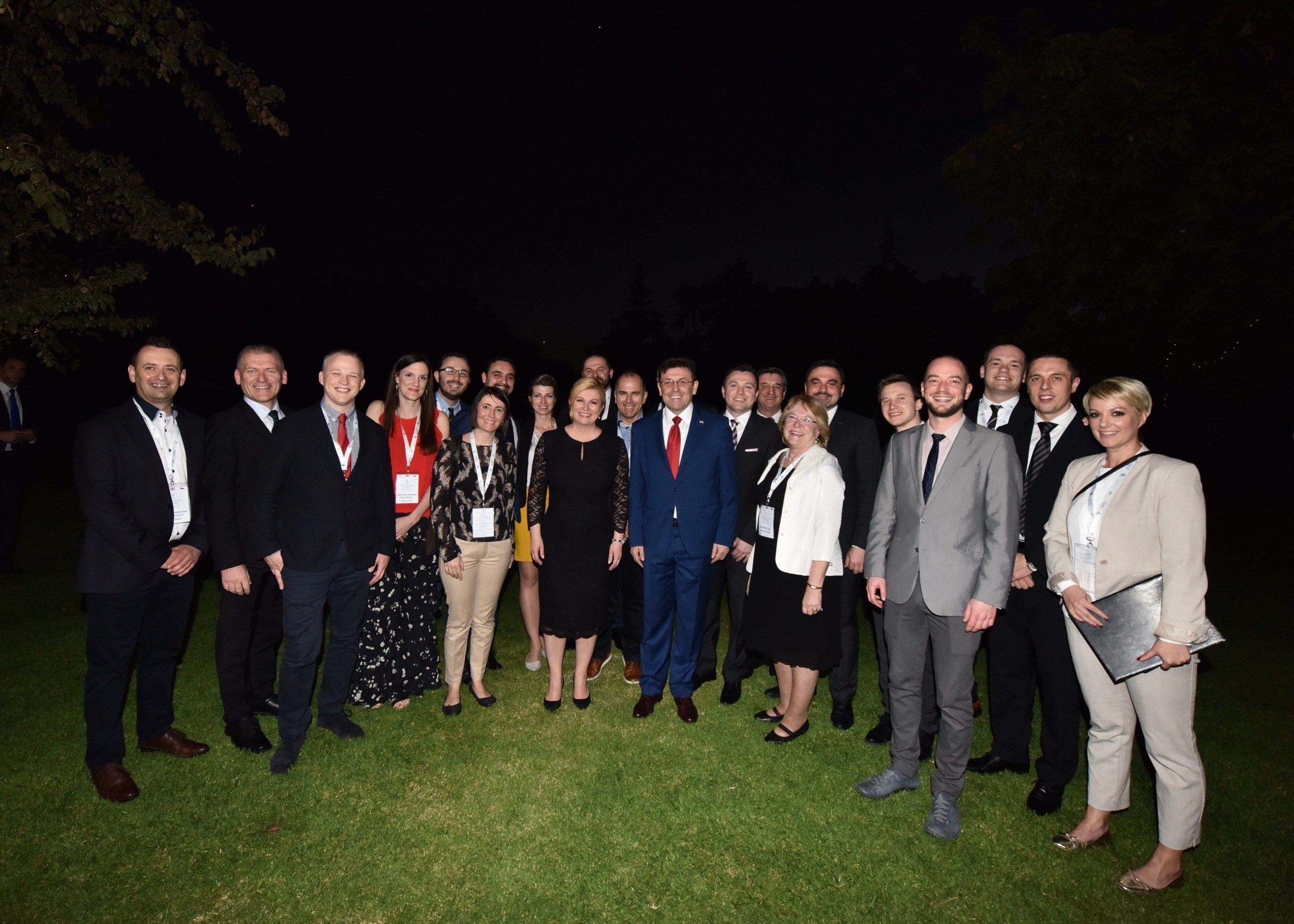 Earlier President Grabar-Kitarović was formal welcomed at the Office of the President of the Republic of Chile and had a tête-à-tête meeting with Chilean President Sebastian Piñera.

President Grabar-Kitarović congratulated the recently elected Chilean President Sebastian Piñera, who took over the Presidency five days ago, on his re-election and extended to him an invitation to visit the Republic of Croatia in a return visit which he warmly accepted. 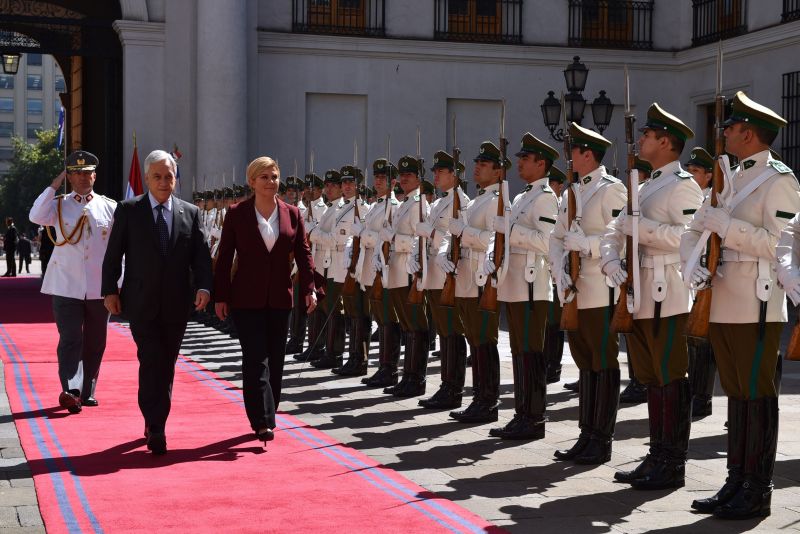 Furthermore, when discussing economic cooperation, President Grabar-Kitarović mentioned the Chilean-Croatian Economic Forum, which was attended by the Croatian economic delegation. She stated that the economic relations between the two countries were modest, and that the potential for economic cooperation was insufficiently exploited. In this regard, both Presidents agreed that both states should provide support and remove possible obstacles to further cooperation.

During the meeting with the Chilean President, President Grabar-Kitarović pointed out that a large and successful Croatian community in Chile connects the two countries. Chilean entrepreneurs of Croatian descent contribute significantly to the Chilean economy and represent a great potential for future economic co-operation. 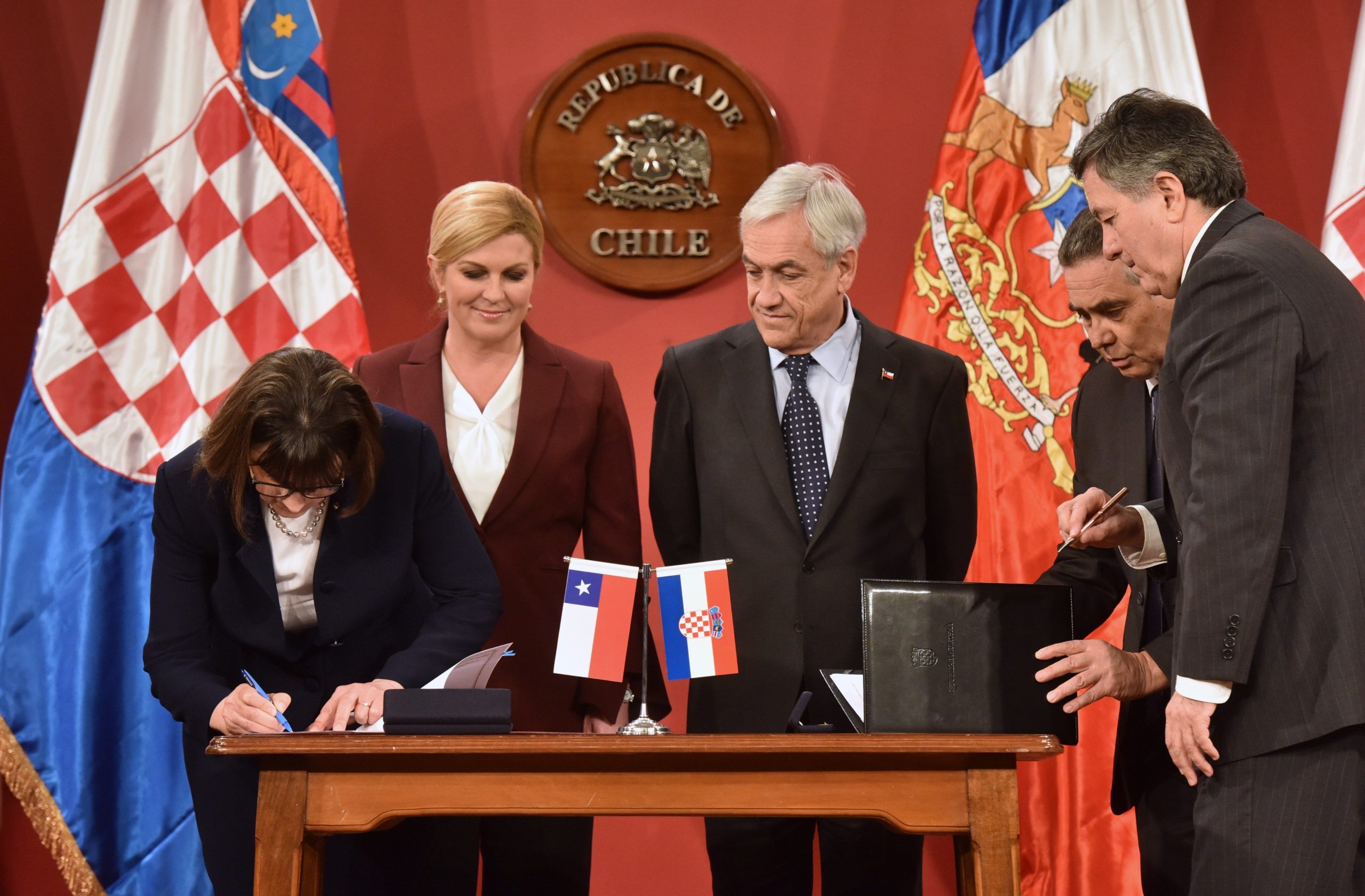 In this context, President Grabar-Kitarović pointed out the investments of the Lukšić Group in the Croatian tourism sector and emphasized the potential of the military industry as well as mining since products from the Croatian companies HS products, Dok-Ing and Šestan-Busch are already present in the Chilean market. As perspective areas for mutual investment, the President mentioned shipbuilding, tourism, the ports of Rijeka and Ploče and commodity exchange.