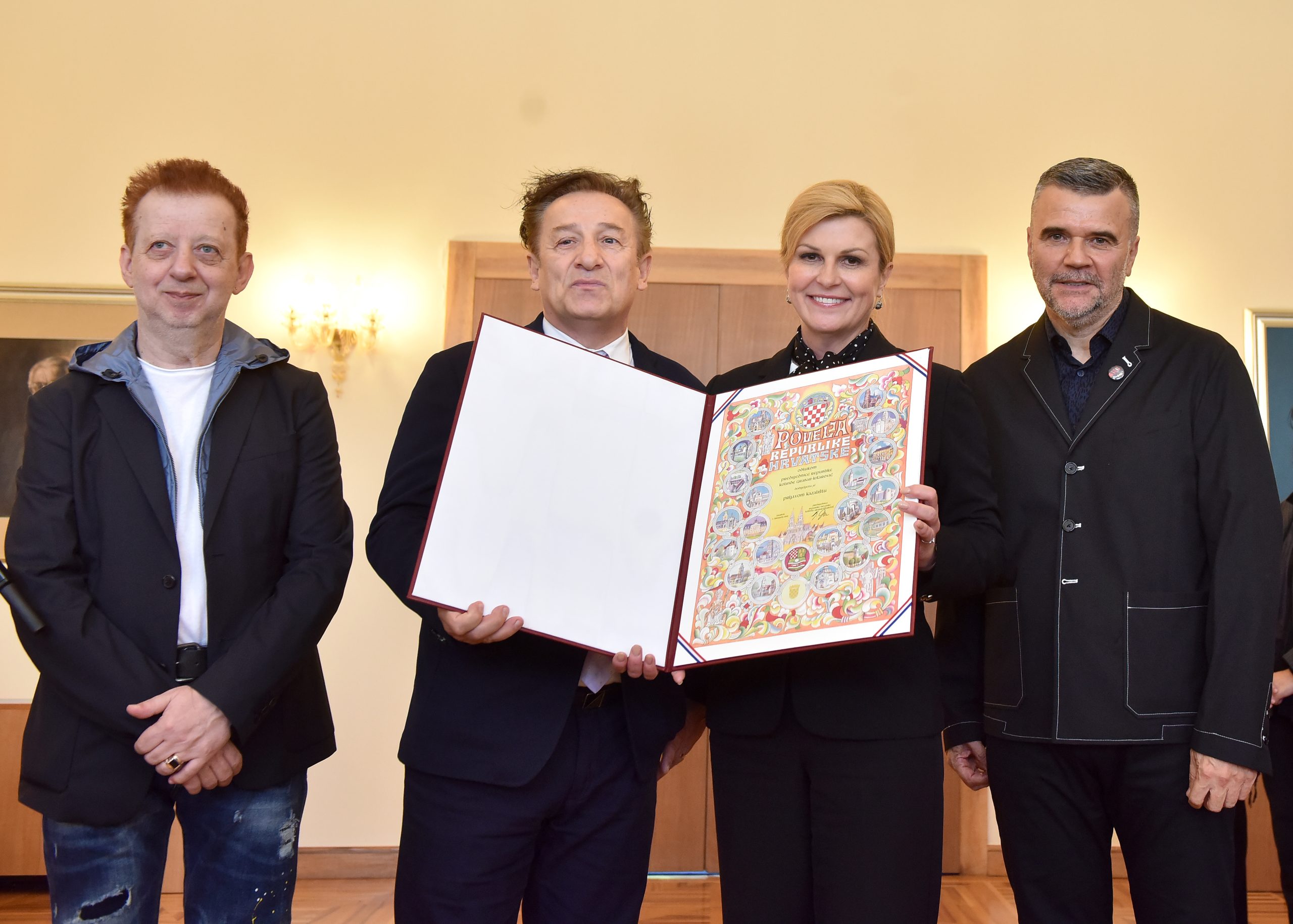 In marking this occasion, President Grabar-Kitarović said that in these four decades, many young people grew up and matured in the conviction that sve je lako kad si mlad [it’s all easy when you’re young]. In reference to another melody, she noted how much we all revered a personal dedication to one mother, “which, from its origins of a silent farewell, transformed into all but a national wake-up call, joined by an expression of emotions that erupted at your legendary concerts in Zagreb’s main square.”

“Ruža Hrvatska [Croatian Rose] has earned a special place in the anthology of Croatian music, and as we bade farewell to those who gave their lives for our Homeland, who left us covered in Croatian flags, the sorrow of your verses was also there, together with all the tears we shed for them,” said the President.

President Grabar-Kitarović added that throughout Croatia, just as in all Croatian communities worldwide, the melodies of Jasenko Houra and Prljavo Kazalište have been and always remain a part of our musical culture and high-quality urban rock. This is the music of love that knows how to mature, live, how to endure and not lose touch with its audiences throughout the generations, the Croatian President underscored. “Therefore, on your 40th Anniversary, I present you with the Charter of the Republic of Croatia for your outstanding contribution in the promotion of patriotism, for your humanitarian work and for contributing to the reputation of Croatian rock music,” the President concluded, saying she is convinced that we will continue to enjoy the music of Prljavo Kazalište for many years to come.