Famous Spanish opera singer and conductor Plácido Domingo is coming to Zagreb to perform next month.

Domingo, who has conducted more than six hundred symphonic and operatic concerts, will perform at the Lisinski Hall on November 12, 2022.

With Domingo as a conductor, Croatian radio and television symphony orchestra and choir with soloists Kristina Kolar, Jelena Kordić, Filip Filipović and Ivica Čikeš will be performing Verdi’s Requiem, a masterpiece from the pen of an unsurpassed opera composer, is one of the most successful syntheses of opera and oratorio tradition in history, Lisinski said.

Domingo has won won fourteen Grammy and Latin Grammy Awards, and several of his records have gone silver, gold, platinum and multi-platinum.

In 1990, he began singing with fellow tenors Luciano Pavarotti and José Carreras as part of The Three Tenors. The first Three Tenors recording became the best-selling classical album of all time 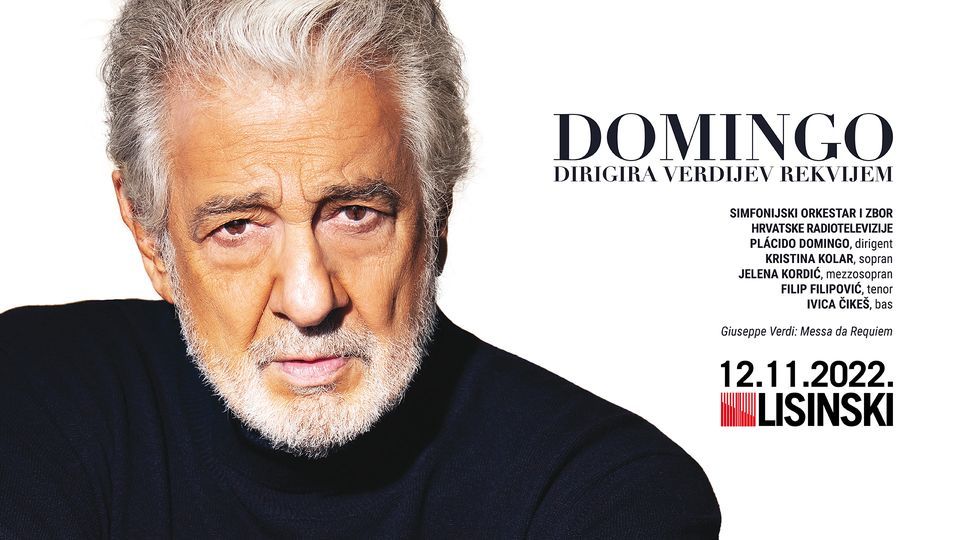