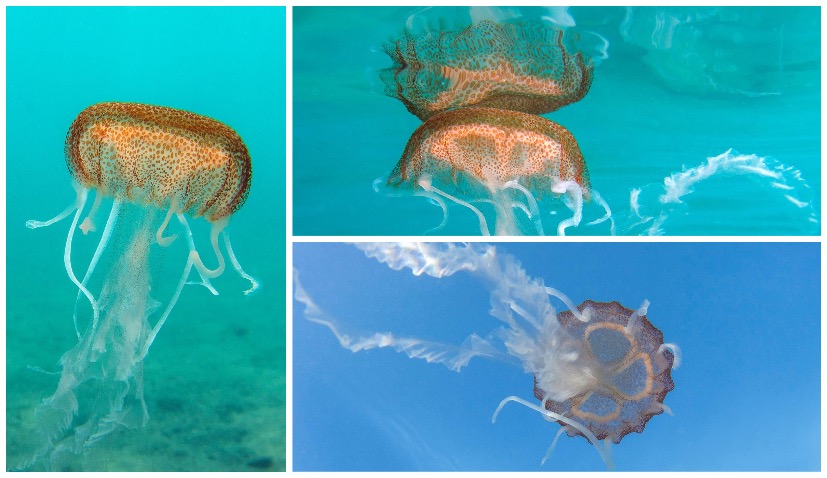 Members of Eko More Medulin have encountered a very rare inhabitant of the Adriatic Sea – the mysterious Mawia benovici – which is a genus of jellyfish in the Pelagiidae family – during a dive organised along the west coast of Cape Kamenjak on the southern tip of Istria.

The encounter came last Sunday during a dive organised by the Diving Association of the Istrian County on the ship Vis sunk near the bay Polje at a depth of 32 metres.

“This jellyfish, since its first appearance in 2013, on the stretch from Trieste to Venice, captivates the curiosity of scientists because it suddenly appeared in large numbers and it was a new species that has not been recorded anywhere in the world,” Eko More Medulin said.

Since then, Mawia benovici has appeared occasionally and in small numbers, which makes its research difficult. The appearance of this jellyfish in the Adriatic Sea is mostly concentrated in the northernmost part, Venice, Trieste and Piran, where individual specimens can be seen from 2013-2021.

In the Croatian part of the Adriatic, it was first recorded in Pula in 2013 by M. Babić, and after that it appeared only in 2020 near Rovinj and now again last Sunday along Cape Kamenjak, again found by M. Babić. 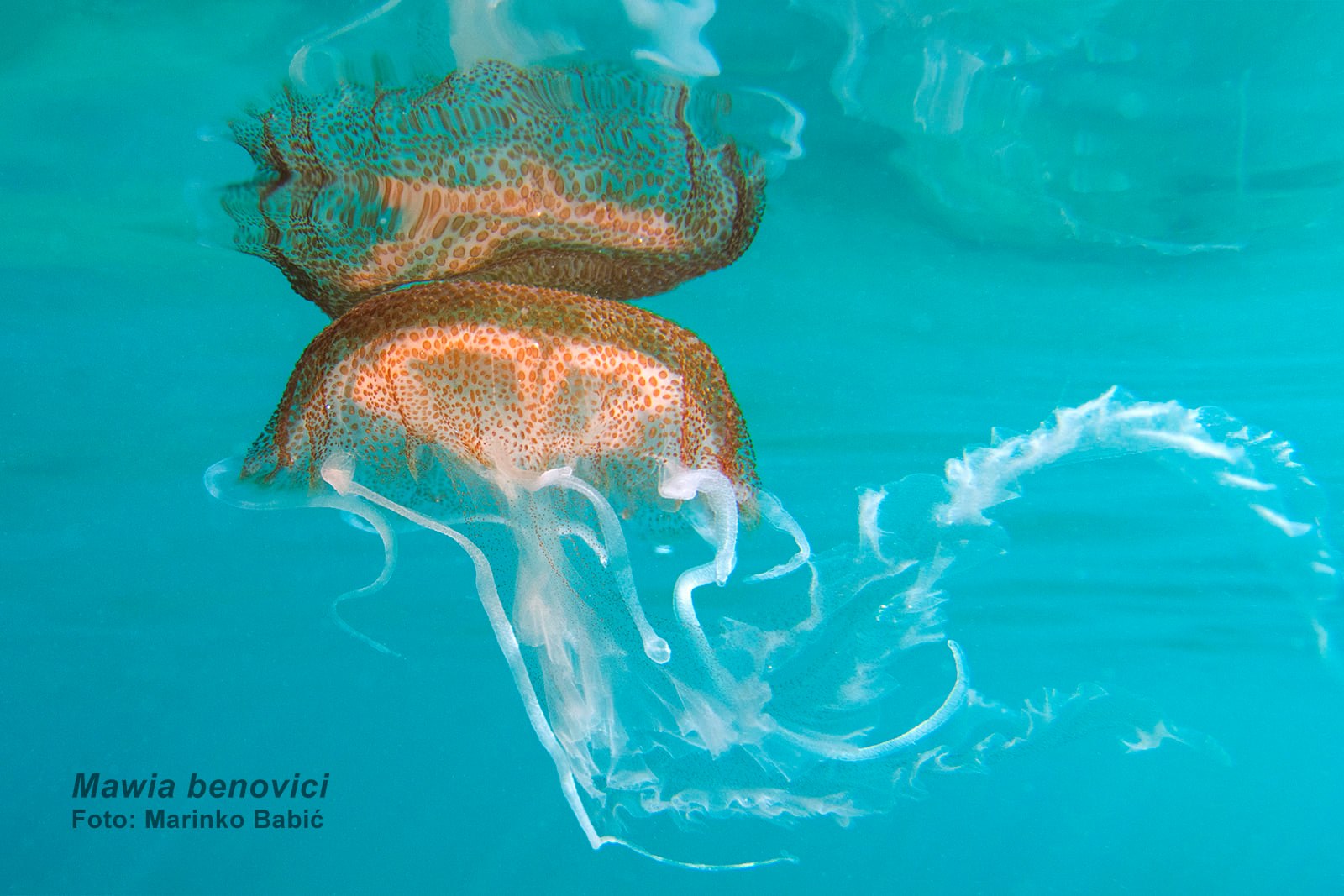 “It is interesting that the vast majority of collected jellyfish are male and it is assumed that the population of only their polyps has been established in our country, but the life cycle of this jellyfish is still unknown and further research is needed. Except in the northern Adriatic, Mawia benovici has been observed in Greece and near Senegal. Scientists are currently unsure whether this jellyfish should be considered an allochthonous or indigenous species in the Adriatic,” Eko More Medulin adds. 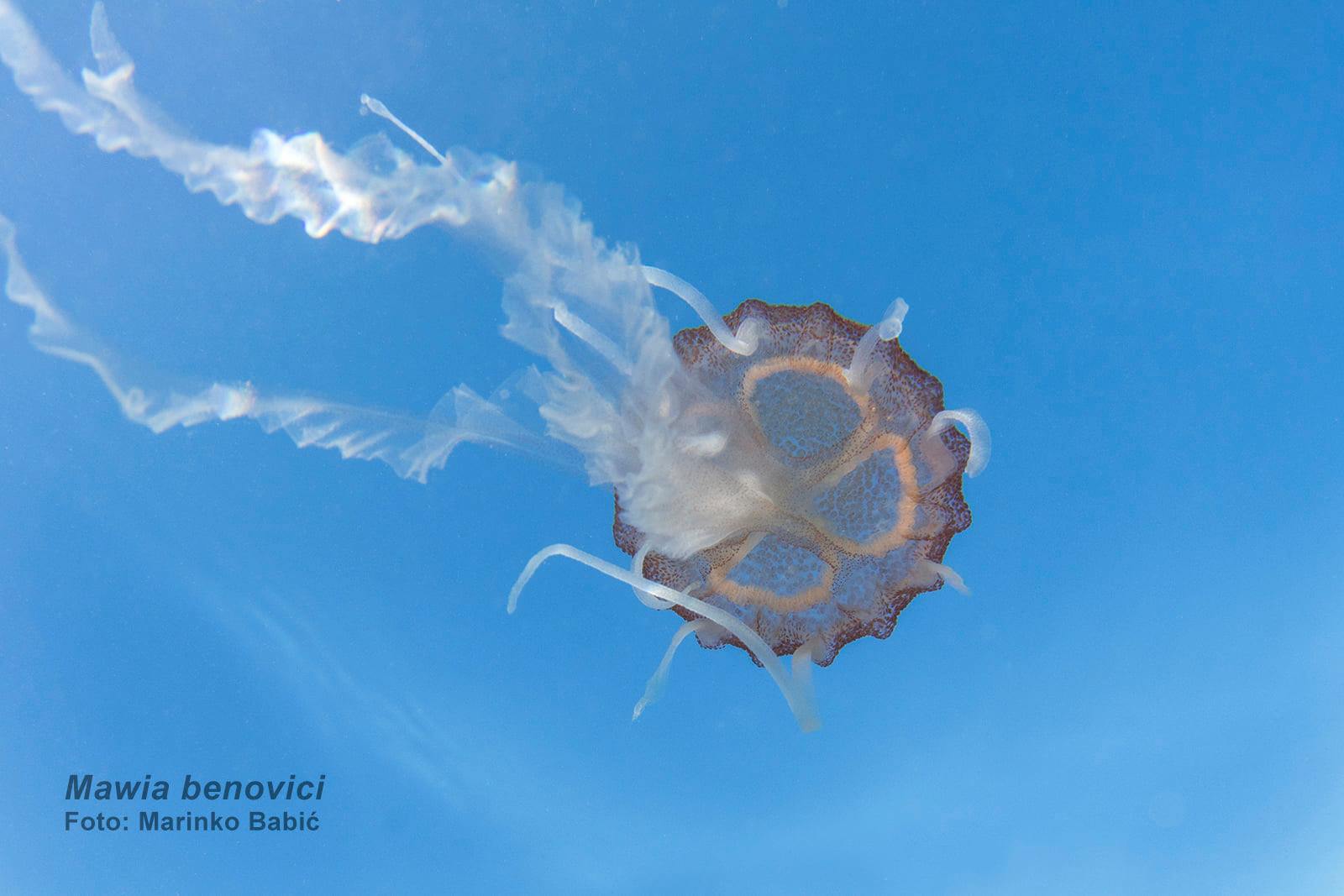 Although its size (hat diameter 8 cm, length 20 cm) and appearance resembles the sea moon (Pelagia noctiluca), Benovici jellyfish (Mawia benovici) is much less dangerous and encounters it without serious consequences, leaving redness and a slight burn. 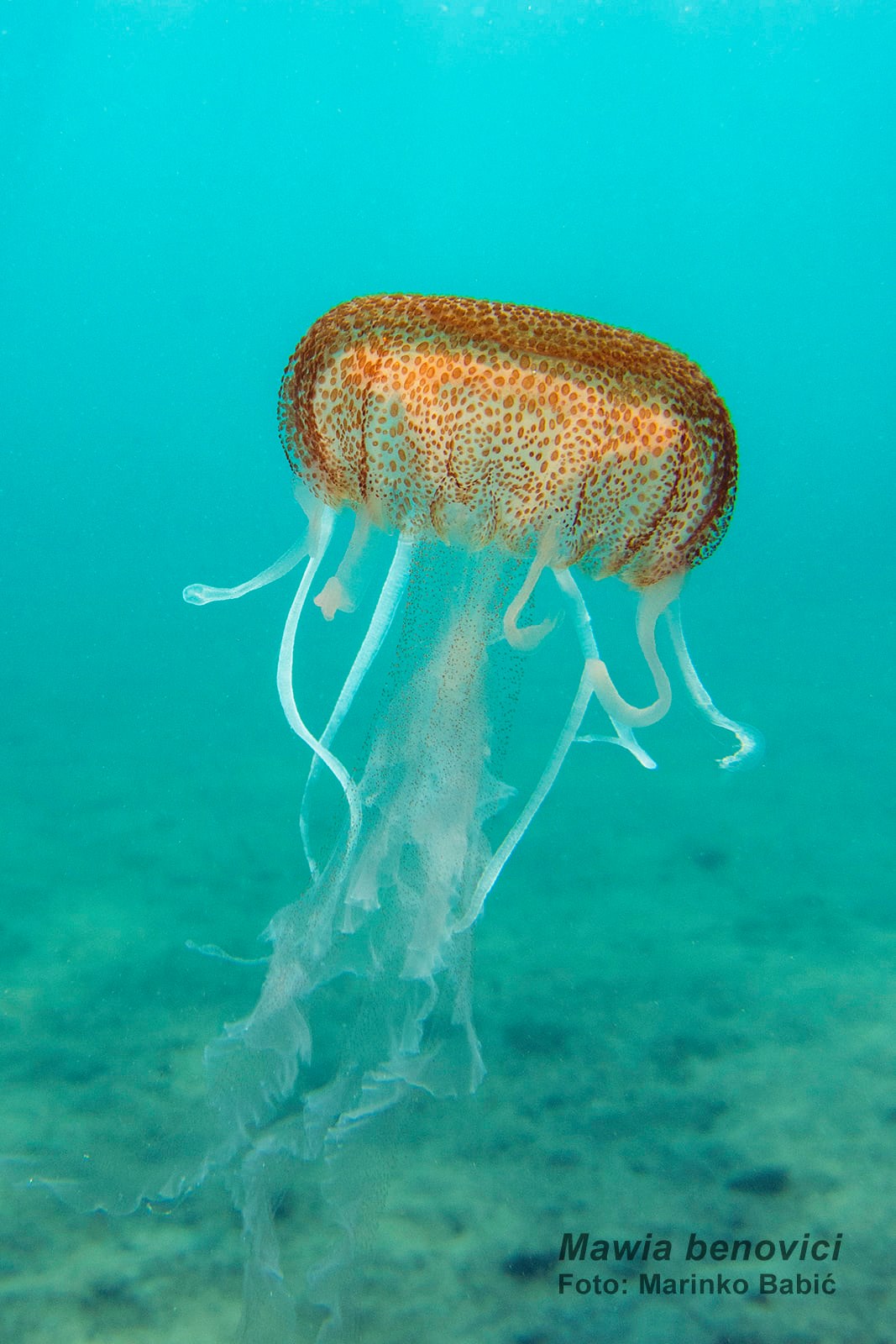 “Finally, one interesting thing was recently shared by the aquarium in Piran about the name of this jellyfish. The name of the species, benovici, jellyfish was given in honour of Croatian scientist Adam Benović, a marine biologist from Dubrovnik. And the name of the genus, Mawia, is named after the Arab queen and warrior, and at the same time these are the first letters of the scientists who researched it and placed it in a new genus, Massimo, Andreja, Valentina, Isabella, Alen,” Eko More Medulin concluded.