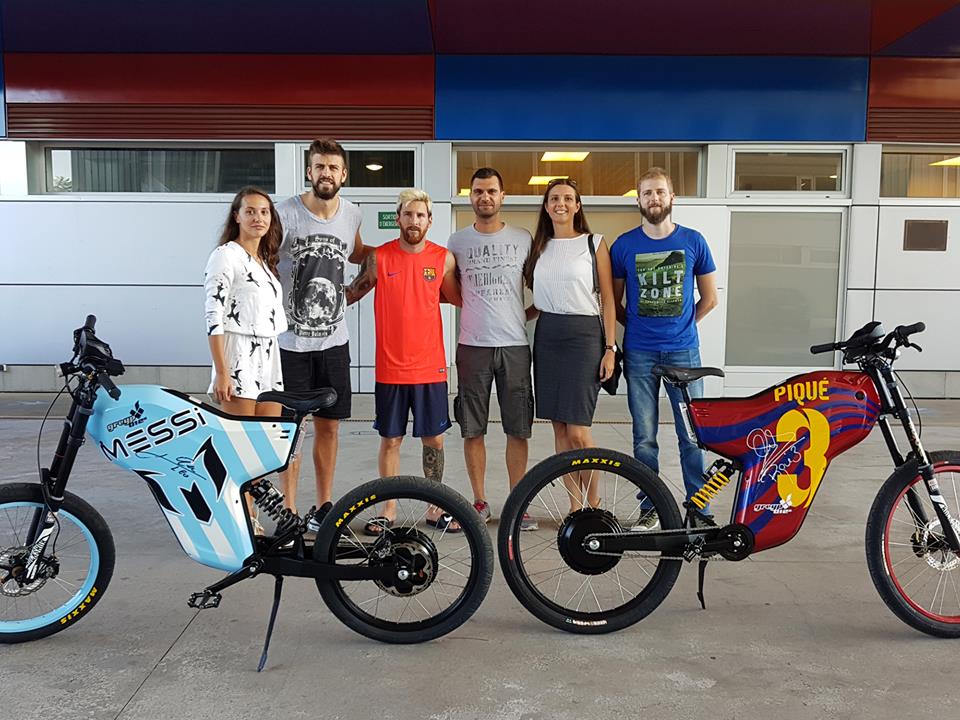 Three of the world’s top footballers, including Argentine and Barcelona great Lionel Messi, are impressed with their new custom-made Croatian electric bikes….

Football players and cars are a common association, but this time the story has a different twist. Instead of supercars, Barcelona starts Gerard Piqué, Lionel Messi and Chelsea’s Cesc Fàbregas decided to take a “power ride“ on the Greyp G12S, a bike designed by Croatian inventor Mate Rimac.

Greyp Bikes have manufactured custom bikes for three of the three football players and they have been highly impressed.

Greyp’s design team made personalised livery proposals, while the paintshop worked extra hours to turn the designer’s visions into reality. Since most of the bike is manufactured in-house, Greyp Bikes is flexible to make custom and special editions for different clients – from Police and Armed Forces, to football players.

Kristijan Knezevic, Sales and Customer care Manager shares his impressions about the delivery: “Trying the bike for the first time has put a big smile on their faces. What more can we ask for? I’m sure that they will now have lots of fun commuting to their trainings every day. Their signatures made these special bikes even more special.” 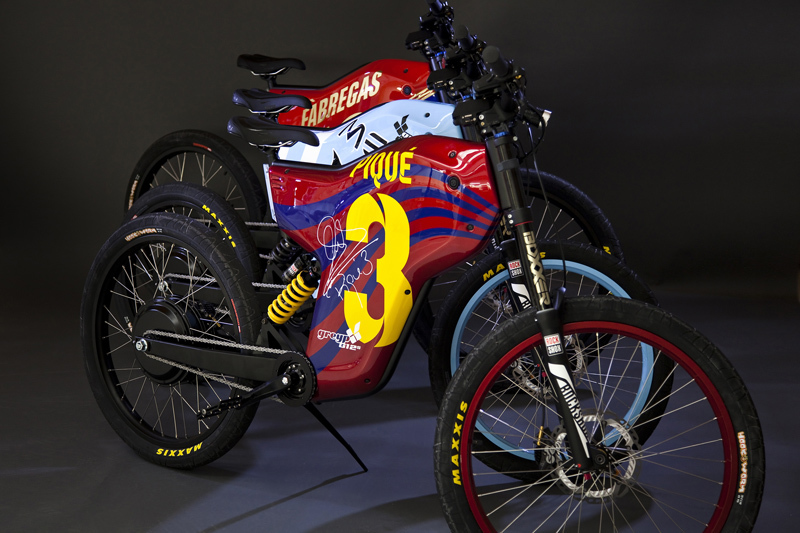 “This is a success and great compliment for our company.” – said Kresimir Hlede, COO of Greyp Bikes and continued “We are proud that such amazing athletes recognised our product. Greyp G12S is living proof of how hypercar technology can stream down and create a totally new and exciting product – the G12S.“

The Greyp G12S is a high-performance electric bicycle designed and manufactured by Greyp Bikes, a sister company of Rimac Automobili.