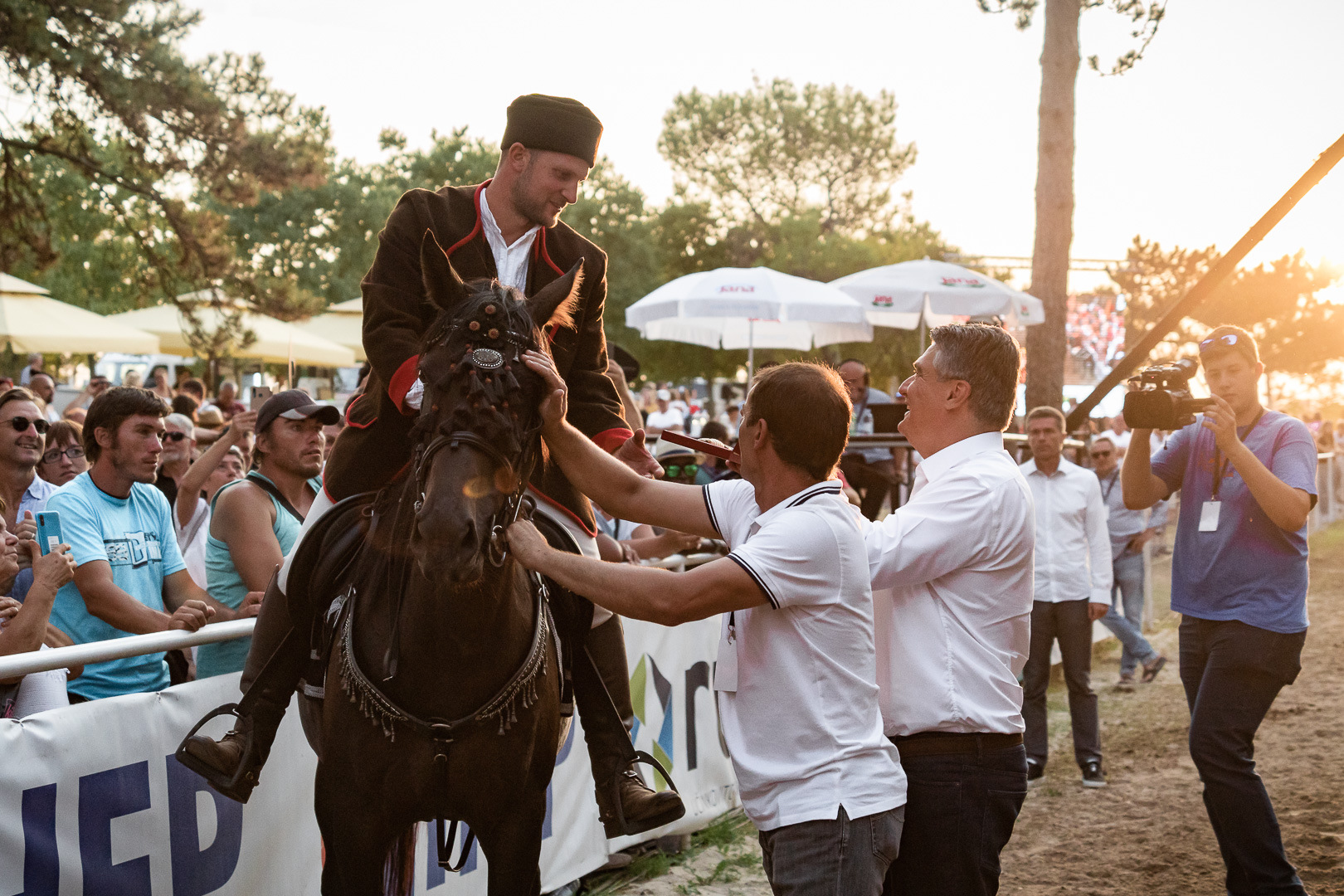 BARBAN, 23 August 2021 – The 46th edition of the traditional three-day Prstenac tournament has ended in the Istrian town of Barban on Sunday with the Prstenac Race (Race of the Ring).

A number of horsemen participated in the traditional jousting event on Sunday with Luka Kancelar, riding Furia Pipi, declared the winner with 7 points.

Assisted by Alen Grizila, Kancelar collected 3 points after his first ride, 1 in his second and 3 more points in the last to complete an impressive victory. 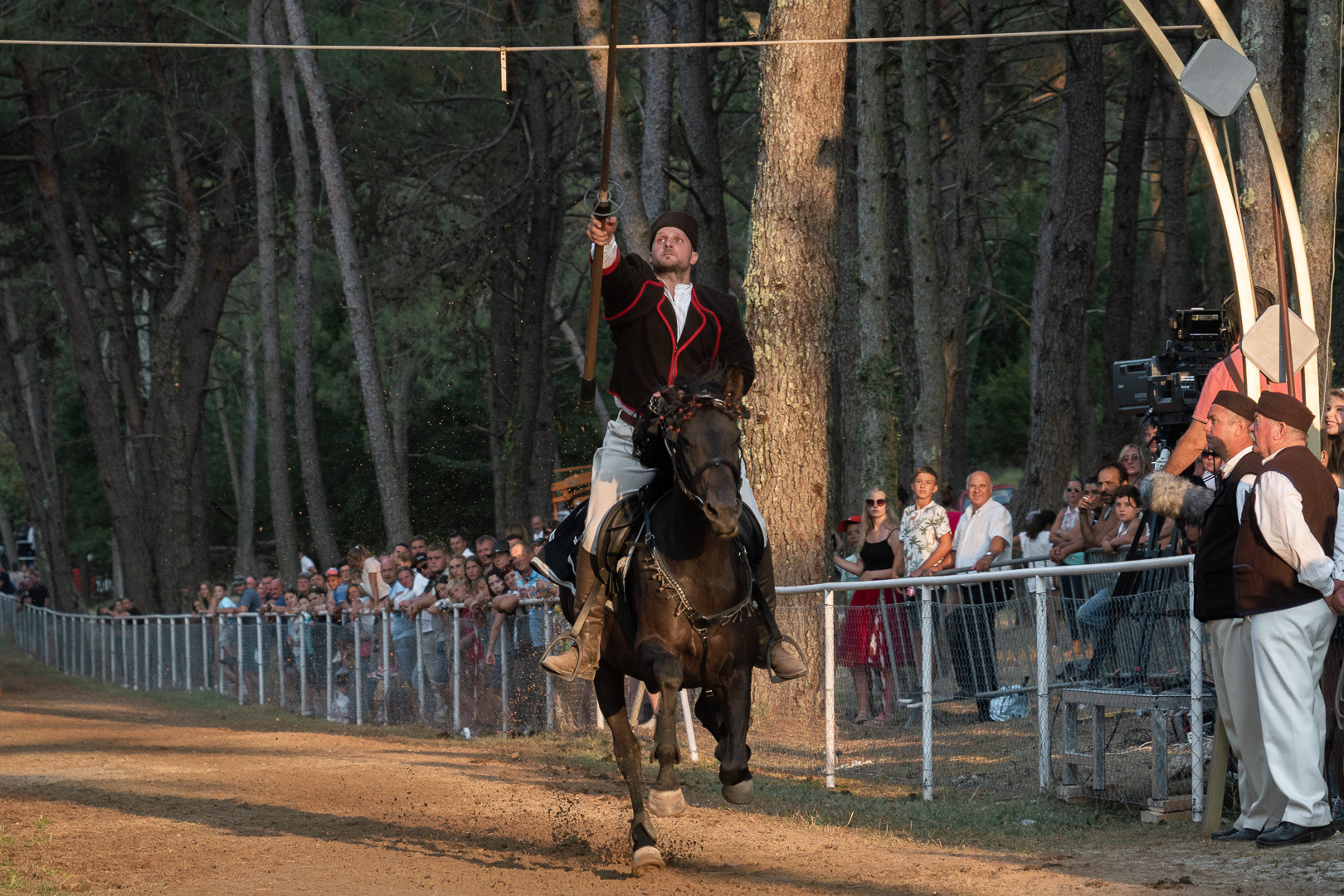 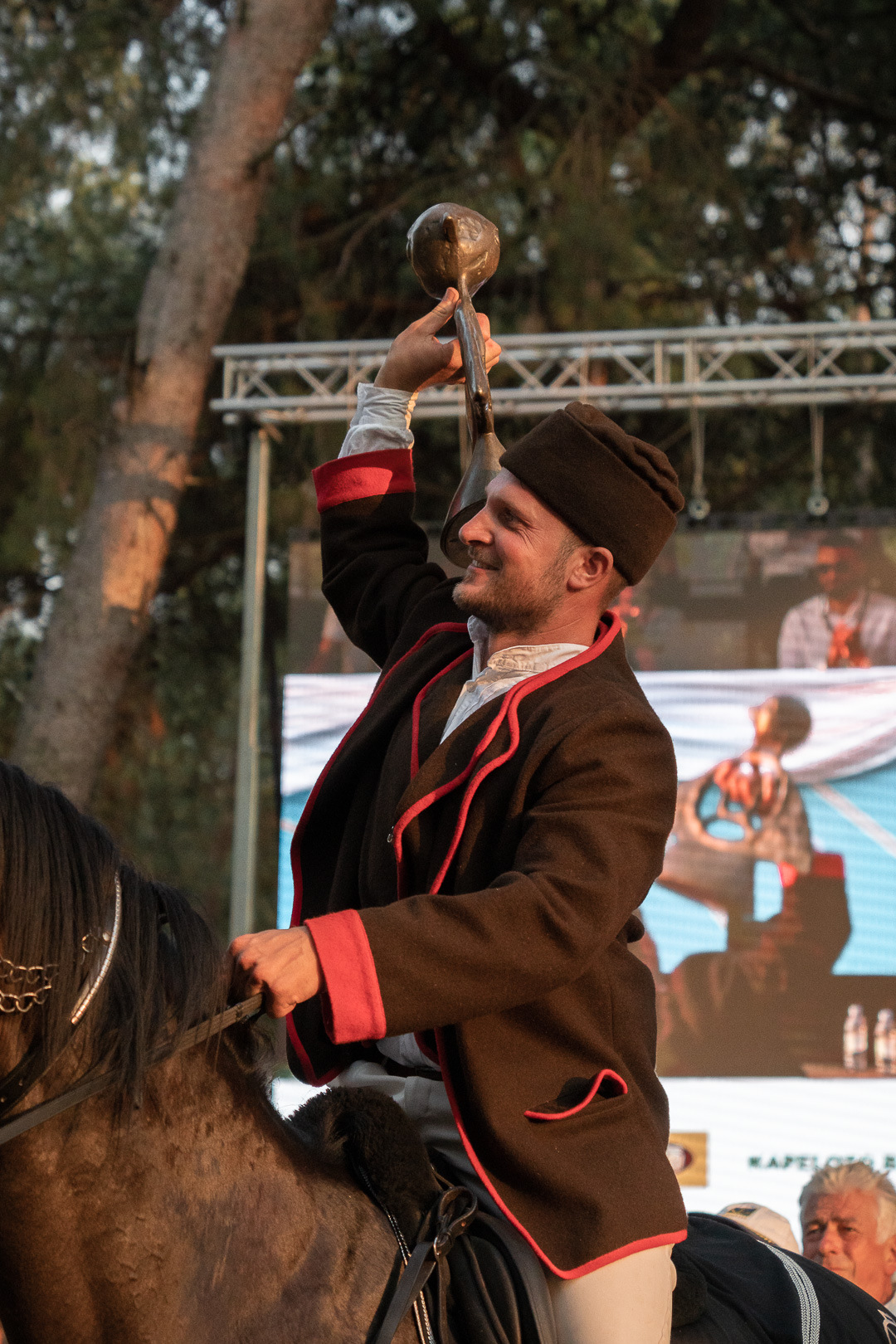 Kancelar received the Ptica prstenac and shield as well as 30,000 kuna. The President of Croatia, Zoran Milanović, presented Kancelar with the awards. 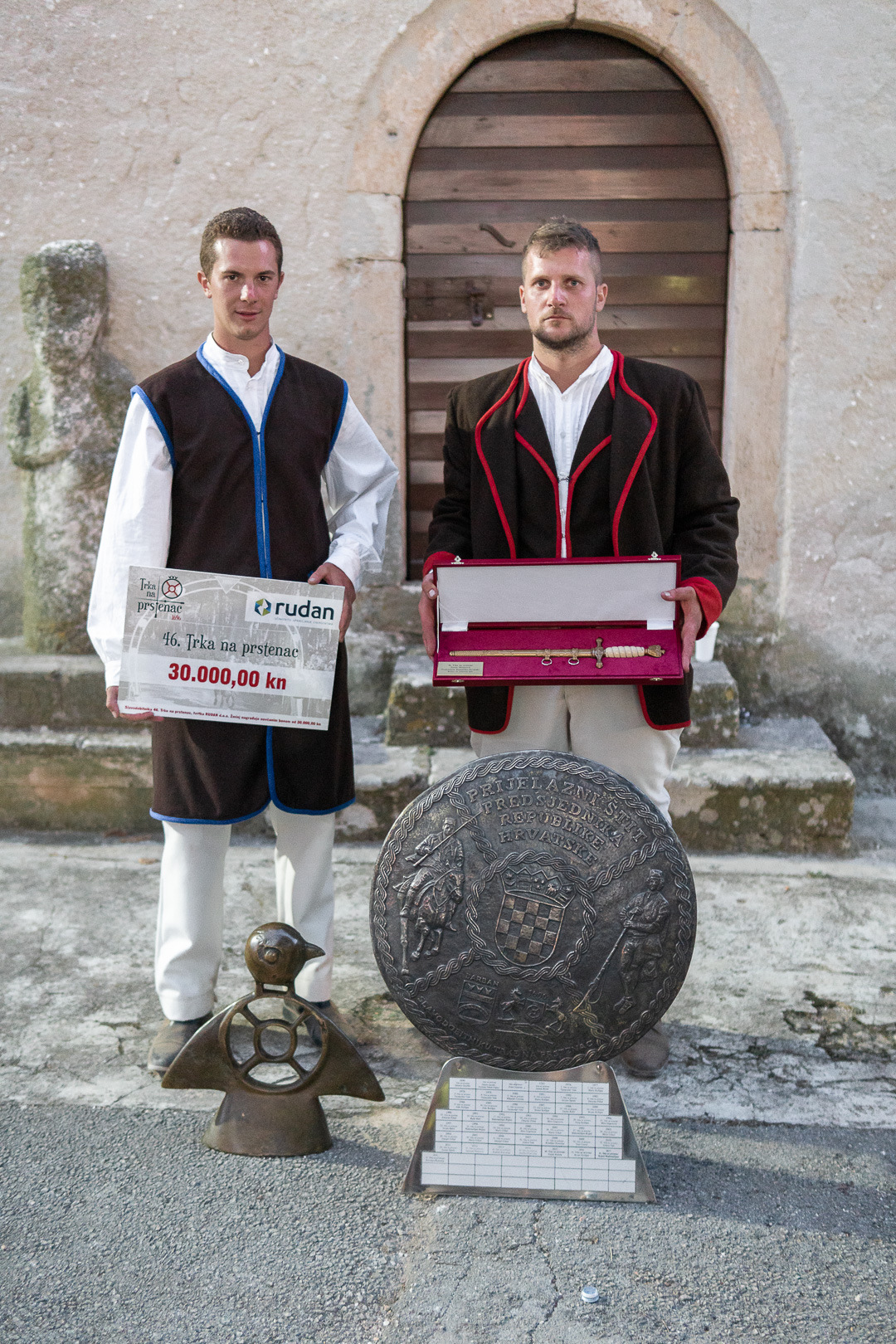 With the host Robert Ferlin, performances by Barban majorettes, Brass Band Lovran, folklore societies KUD Barban and FD Pazin, it was a program-rich Sunday in Barban Gradišće. Tedi Trošt and Mihael Glavaš were responsible for the musical announcement at the Racecourse. 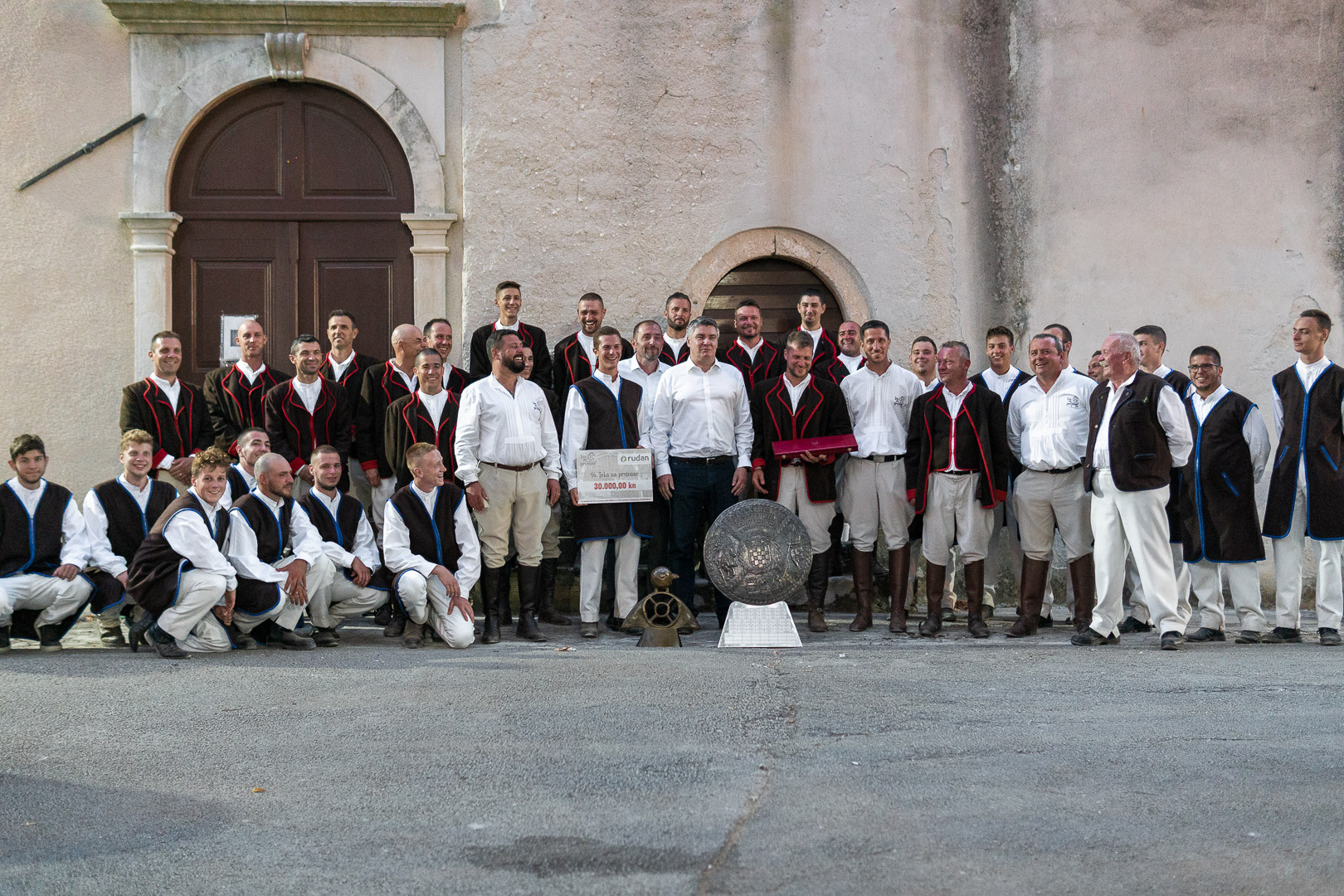 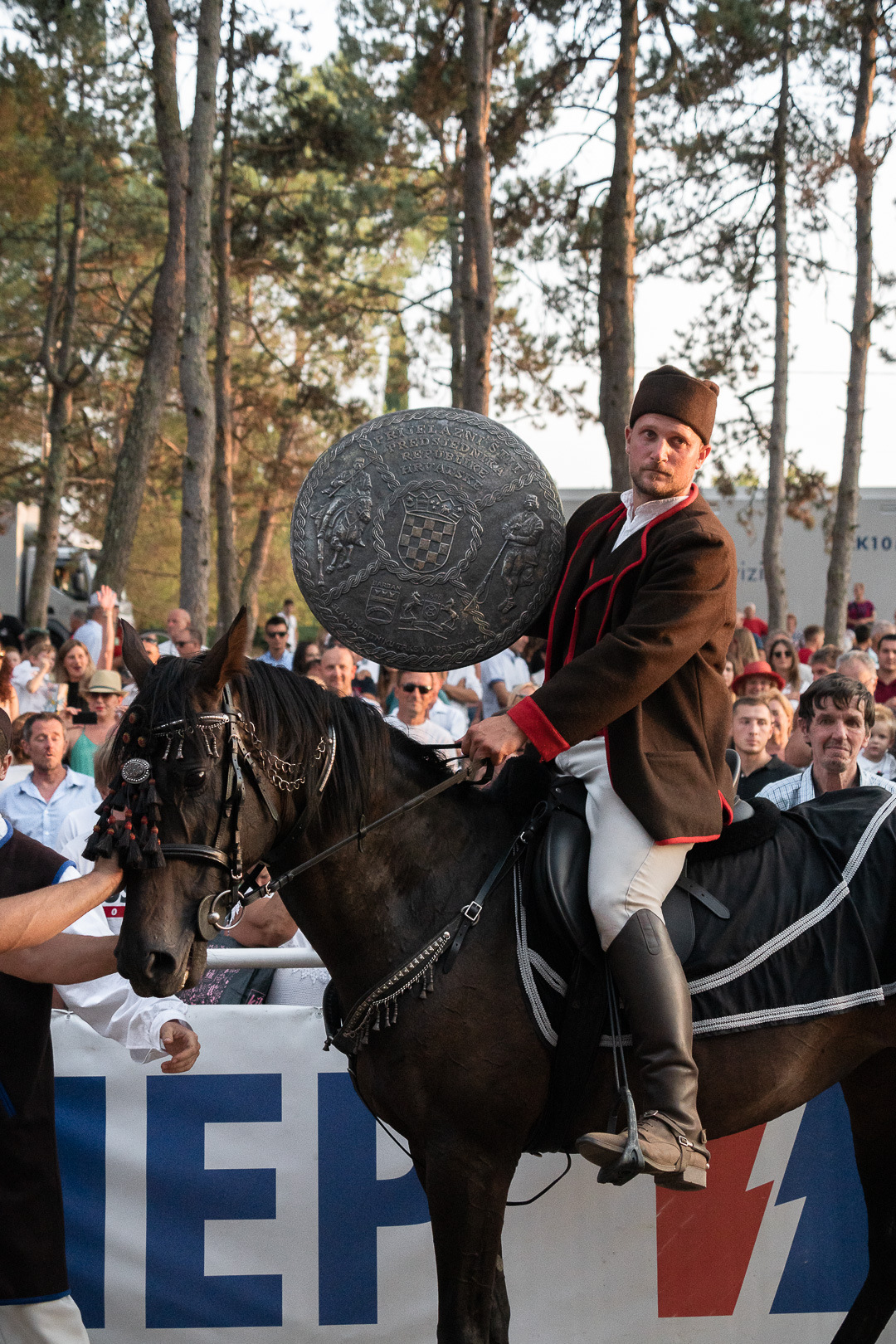 First mentioned in 1696 and revived by the town of Barban in 1976, the Prstenac Race is held every year on the third weekend in August.

The race features horsemen dressed in Istrian folk costumes, and they must cross a 150 metre track on horseback in 12 seconds and hit the “prstenac” iron ring with a spear.