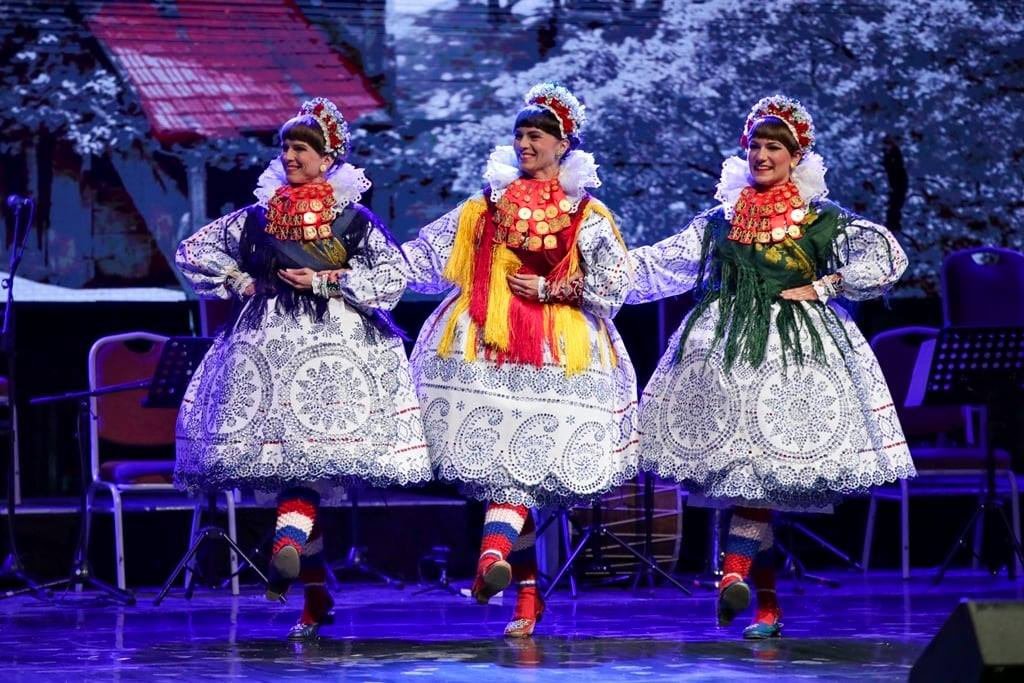 Croatian folk dance and song ensemble LADO has returned from a visit to Northern Macedonia, where they held concerts in Bitola and Ohrid with the Macedonian folklore ensemble TANEC.

The first concert was by the two ensembles took place on July 26 in the amphitheatre on the ruins of the ancient city of Heraclea near the city of Bitola in front of almost 2,000 people, which officially opened the 51st season of the state festival “Ilindanski dani”.

The concert titled “TANEC and LADO under the stars” was held on July 28 in the off-program OF “Ohrid Summer”, on the big stage of the Ancient Theatre in front of 1500 visitors. 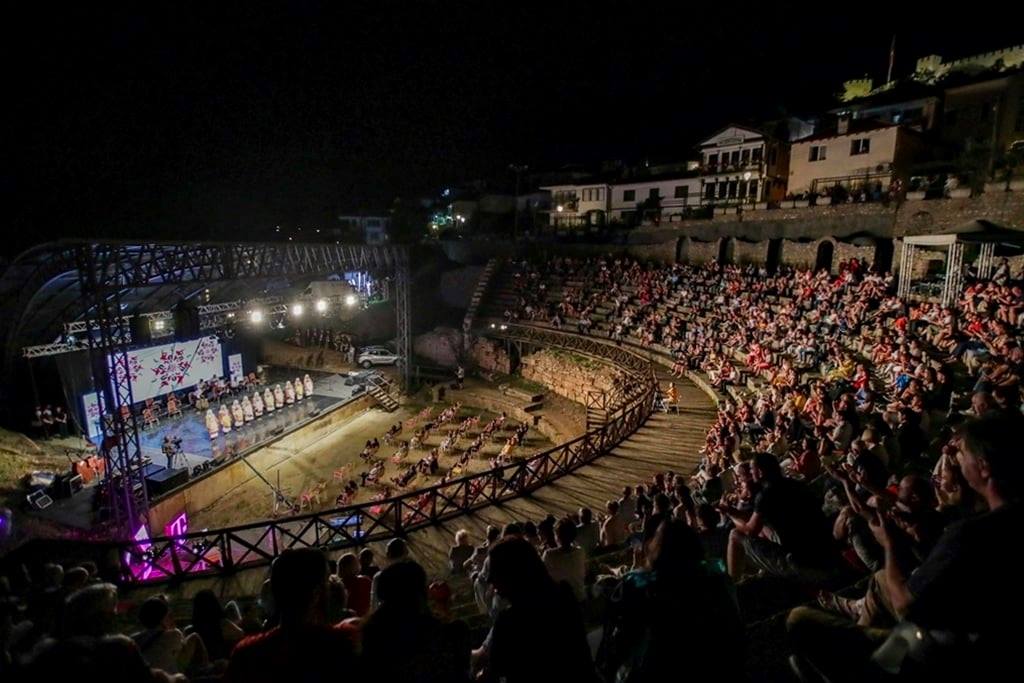 Proceeds from ticket sales for this charity concert went to the intensive care units of COVID hospitals in North Macedonia.

The concerts were organised by the 51st Republic Festival of Folk Songs and Games “Ilindanski dani” Bitola and the 61st Festival “Ohrid Summer” in partnership with the Ensemble of Folk Dances and Songs of North Macedonia TANEC and with the financial support of the Croatian Ministry of Culture and Media.

“These concerts are just a continuation of the long-term cooperation between our two ensembles. We are also planning return concerts in Croatia in the middle of next year, when fans of traditional art will be able to enjoy the Macedonian heritage, “said Ileana Jurin Bakotić, director of the LADO Ensemble.

Martin Vučić, director of the TANEC ensemble, expressed satisfaction that the two national ensembles finally held joint concerts in North Macedonia, which were long awaited by the local audience and greeted with standing ovations. He hopes to cooperate again next year in Croatia, especially in front of the large Macedonian community. 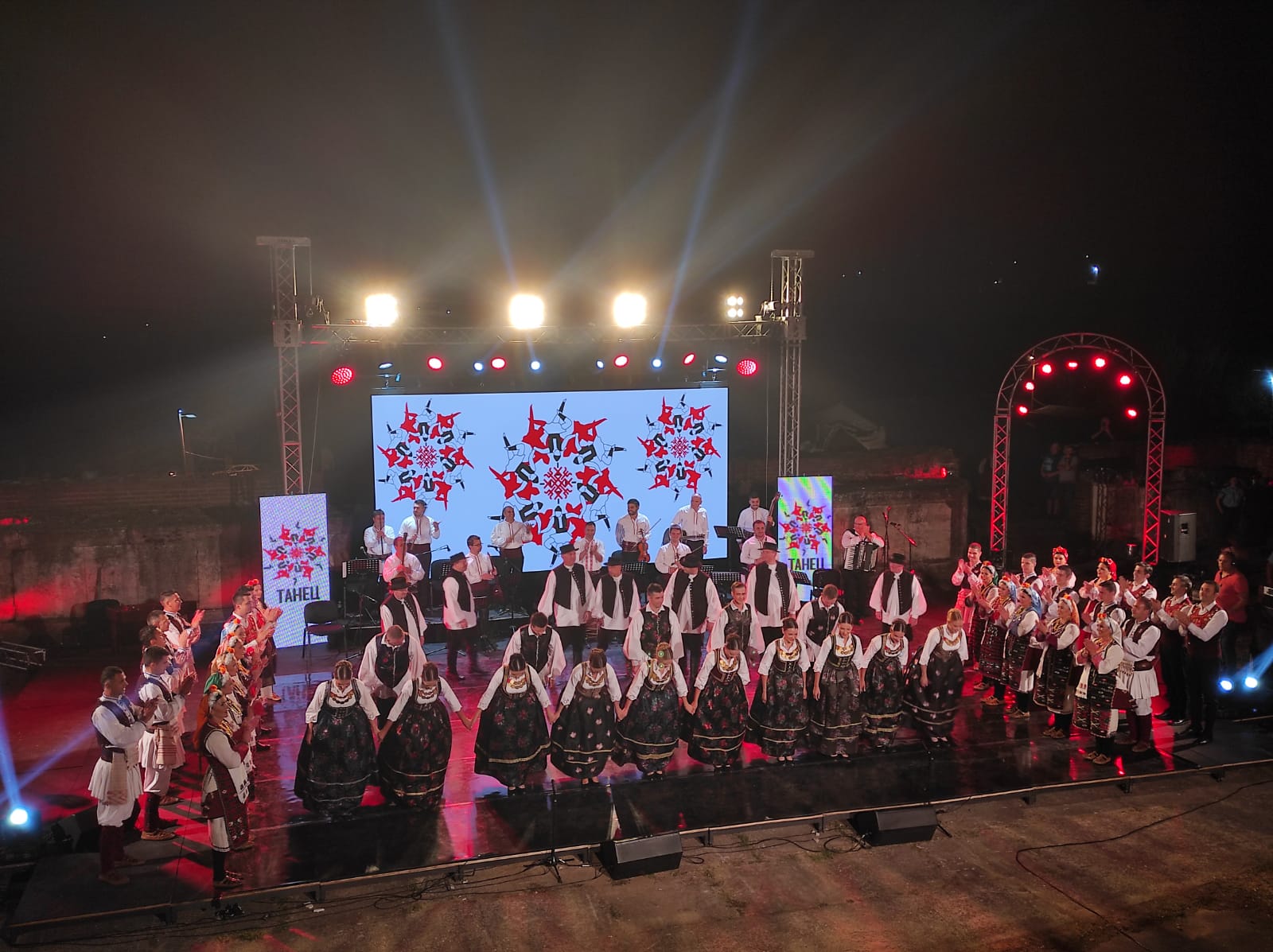 LADO last performed in North Macedonia in 2002, and the last meeting with the ensemble TANEC took place in July 2018 in Bosnia and Herzegovina when they performed together with the ensemble KOLO from Serbia as part of VII. international folklore evening “Vionica 2018”

Tonight, LADO will perform in Zagreb at the Sunny side of Prisavlje, which will be broadcast live from 9 pm on HRT3.

The show “In the company of LADO”, which will feature director Ileana Jurin Bakotić and artistic director Krunoslav Šokac, starts at 8 p.m.