This month Hum na Sutli in the Krapina-Zagorje County in northern Croatia became the first place in the country with a breastfeeding bench. The bench, which is located in a park near the local primary school, was the idea of Croatian breastfeeding support ‘Humska kap ljubavi – Općina Hum na Sutli‘

The group, which formed 3 years ago, successfully placed the bench during World Breastfeeding Week. One of the group’s members and mother Ines Petek was behind the project ‘Breastfeeding is ‘in’ – we breastfeed our babies everywhere’, and with financial support from the local council was able complete have the bench made. The group says that by placing the bench they want to emphasize that breastfeeding is nothing weird and that women should not be ashamed but proud to breastfeed their babies regardless of the time and place. 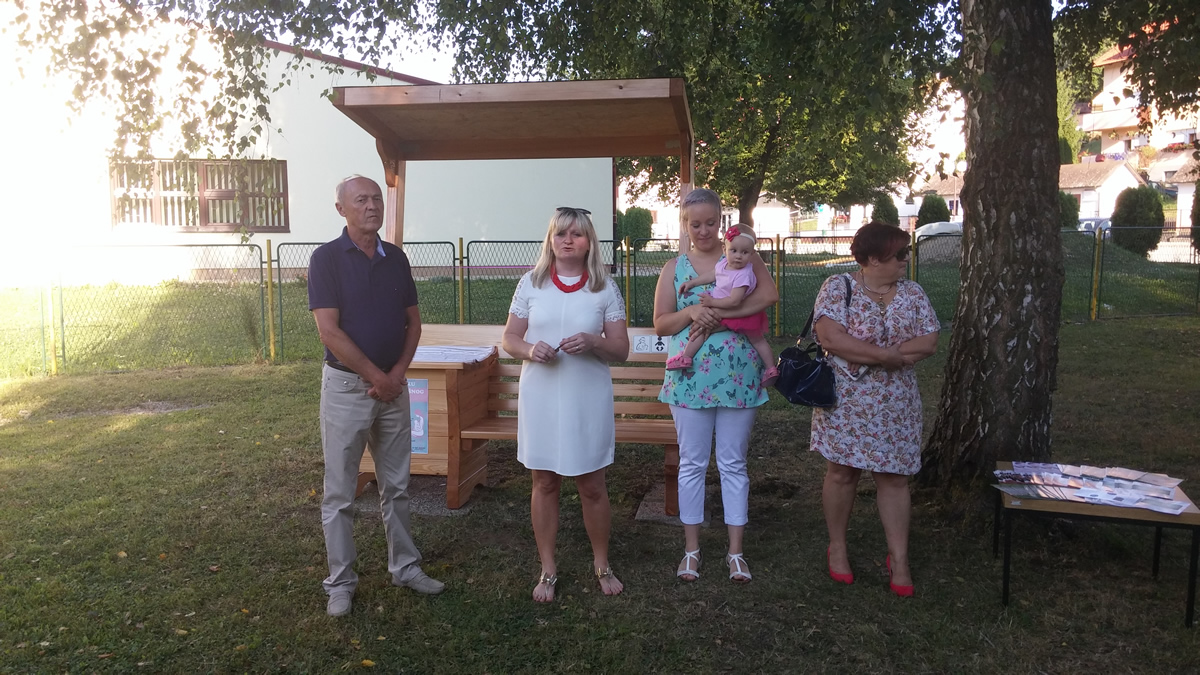