After the successful search for the great whale in the Velebit Channel, Blue World Institute in Losinj want to thank all citizens who joined the action, sending them information about observations, videos and photos, and positive comments and support.

“During two days we received more than 100 reports and calls which helped us to determine that in the Adriatic there is not only a fin whale in the Velebit Channel but there were at least two large whales in the northern Adriatic,” Blue World Institute said, before adding.

“We also thank the media for their support in following our campaign, which called on citizens to report their observations of the fin whale and for passing on information that contributes to informing, educating and raising public awareness not only about the appearance of the fin whale but also about the rules of animal behaviour and the need to protect and preserve the environment.” 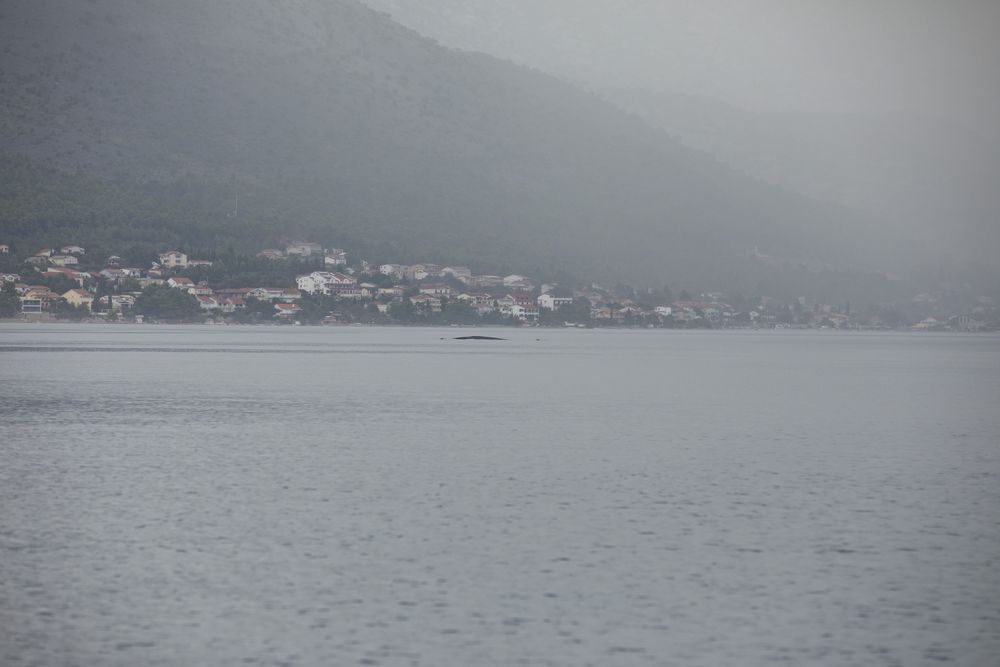 The aim of Blue World Institute’s appeal to the public was to gather information on the physical and health condition of a fin whale that has been in the Velebit Channel for at least five days. 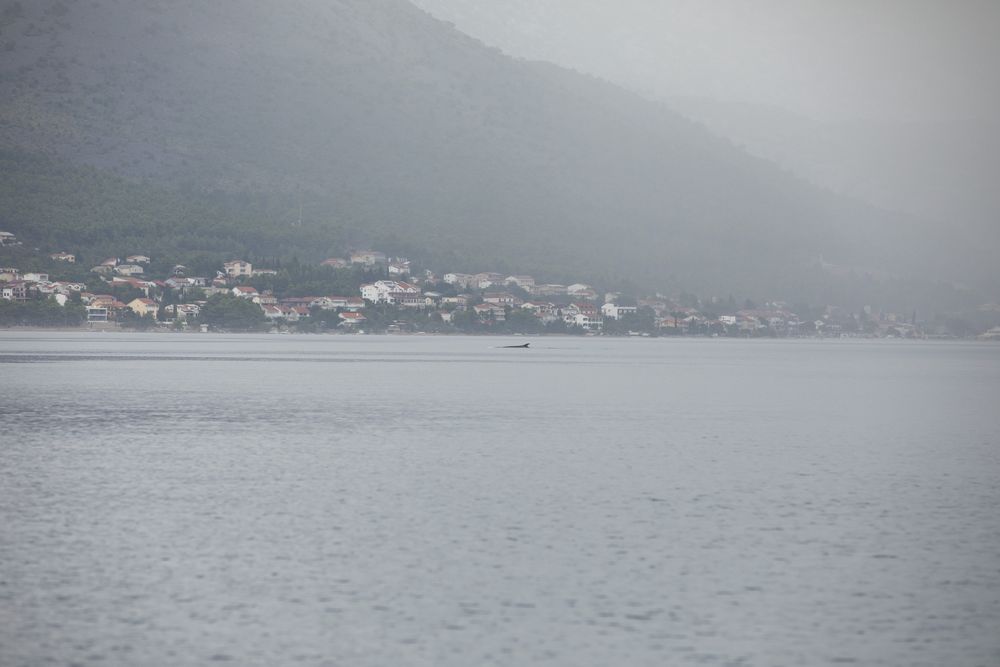 Also, they wanted to photograph the whale in order to compare the photos with those in their colleague’s catalogs in the Mediterranean to determine whether this animal was recorded somewhere earlier and where it came from to the Adriatic. 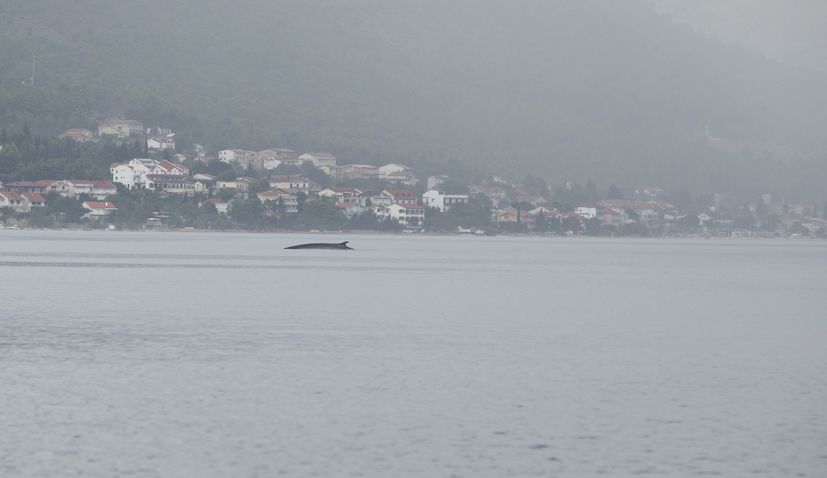 This action shows that in some cases, civic science, or public participation in collecting the data needed by scientists, is one of the most effective ways to quickly collect the necessary information about the state of the environment.

“There are few of us who professionally research large marine vertebrates every day, and despite hard fieldwork (we only have two vessels!) We will never be able to cover the entire sea area. That is why reports from people, “citizens of scientists” who report their observations from the environment, are necessary for us to be able to quickly and efficiently identify the appearance of new or rare species or changes in the environment,” Blue World Institute says.

Fin whale (Balaenoptera physalus) is a demanding species to explore and monitor. After several inhalations and exhalations, the animal dives and stays under the sea for more than 30 minutes (the average immersion time of non-feeding animals is about 60 minutes). During a dive, a whale swims at a speed of several knots, and when it emerges again to breathe it is usually so far away that it is difficult, or impossible, to spot it again.

“Therefore, although our two research teams with vessels were in the Velebit Channel on Monday, August 17, and despite numerous reports of where the whale was spotted, we were unable to it. On Tuesday, August 18, after repeated calls and reports of whale sightings in the vicinity of Starigrad-Paklenica and the island of Ražanac, we headed to that area.

The weather was not in our favour as the thunderstorm was approaching from several directions. Despite that, we found the whale around noon in front of Starigrad-Paklenica. During our, unfortunately, short encounter with the whale, we managed to take a few photos and did not find that the animal was starving or in poor physical condition.

Also, we believe that this is an adult about 15 meters long. Unfortunately, the photos we took are not of sufficient quality and will probably not help with photo-identification, although a clear notch can be seen on the dorsal fin. But the hope remains that we will meet the whale/whales a few more times during their stay in the Adriatic. New reports of observations in Kvarner are already arriving today.” 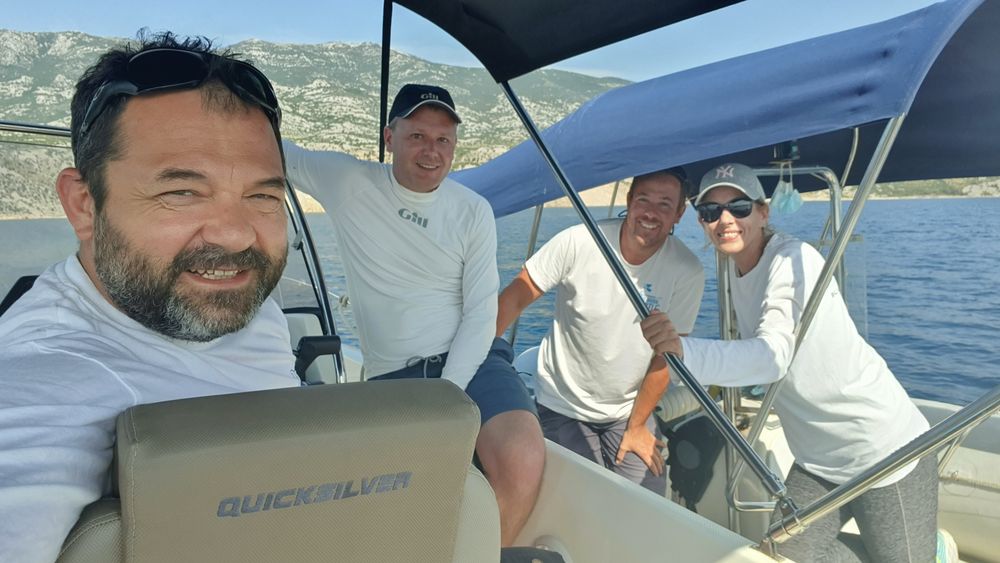 During the summer, the largest number of them are in the Ligurian and Provencal coasts, where they feed and mostly give birth to calves in the autumn. But at the beginning of autumn, they leave the area.

“We do not know where and how they recognise local areas where krill occasionally appear. We also do not know how they determine the time when there is food for them in the Adriatic. Whether they feed perhaps in the northern Adriatic is also a mystery. That is why following the observations of whales in the Adriatic can help us discover some of their “secrets”!. Following the success of this action, we invite citizens, fishermen, sailors, walkers, and swimmers to continue to let us know their observations of the fin whale so that they can continue to monitor his / their stay in the Adriatic and ultimately determine how safely they left,” Blue World Institute concludes.

Blue World Institute urges anyone in the future to let them know your observations with on https://facebook.com/BlueWorldInstitute, email [email protected] or WhatsApp / Viber or call +385 98 976 0271. Not only from the north but also from the open sea of the Adriatic.

How to behave near a whale

In case you notice a whale do not chase it or approach it. This is especially true if the animal enters a shallower area or bay. Despite their size, large whales do extremely well in both shallow and enclosed spaces. If the whale is in such an environment of persecution, attempts to “rescue” the animal and attempts to “direct” the animal by vessels to the exit and the like can cause the whale to panic and the animal may be injured or stranded due to fear and attempts to escape. At the same time, if the animal is given enough time to get acquainted with the space in peace, it will easily find a way out. Therefore, we advise you to observe the animal while maintaining a distance of at least 50 meters.

Blue World The Institute for Marine Research and Protection is a Croatian non-profit, non-governmental organisation based on the island of Lošinj. The area of ​​our work is the entire Adriatic Sea, and our main interest is the research of large marine vertebrates – whales, sea turtles, and cartilaginous fish. The activities we carry out are aimed at preserving the biological diversity of the sea, raising public awareness, and protecting the entire marine environment and sustainable development. In our work, we strive for excellence through three main programs – research, education, and protection.