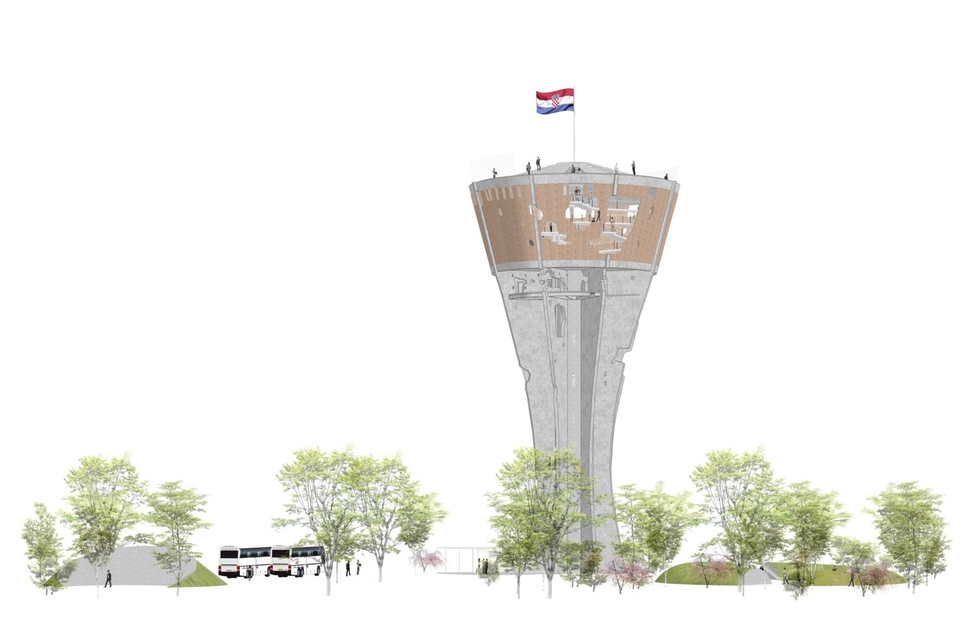 Vukovar Mayor Ivan Penava presented the project, which is designed by architect Goran Rako and is under the auspices of Croatian President Kolinda Grabar-Kitarović. 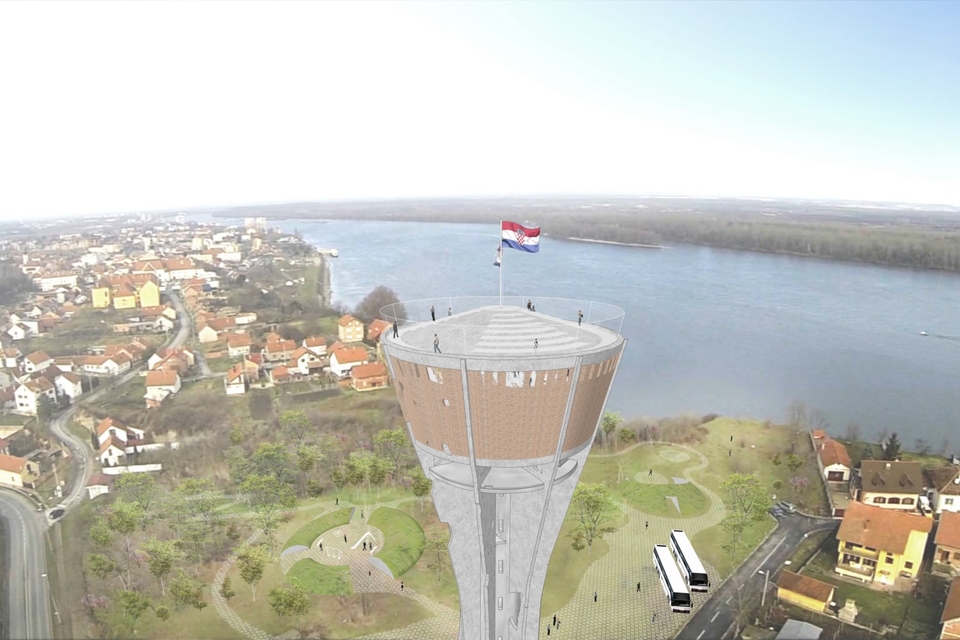 Tower will again have a lookout at the top

Rako explained that idea is to turn make a memorial park at the water tower. The water tower is one of the most famous symbols of Vukovar and the suffering of the city, the country in the Battle of Vukovar, and the Croatian War of Independence. The water tower itself was largely destroyed after it was hit more than 600 times during the siege. 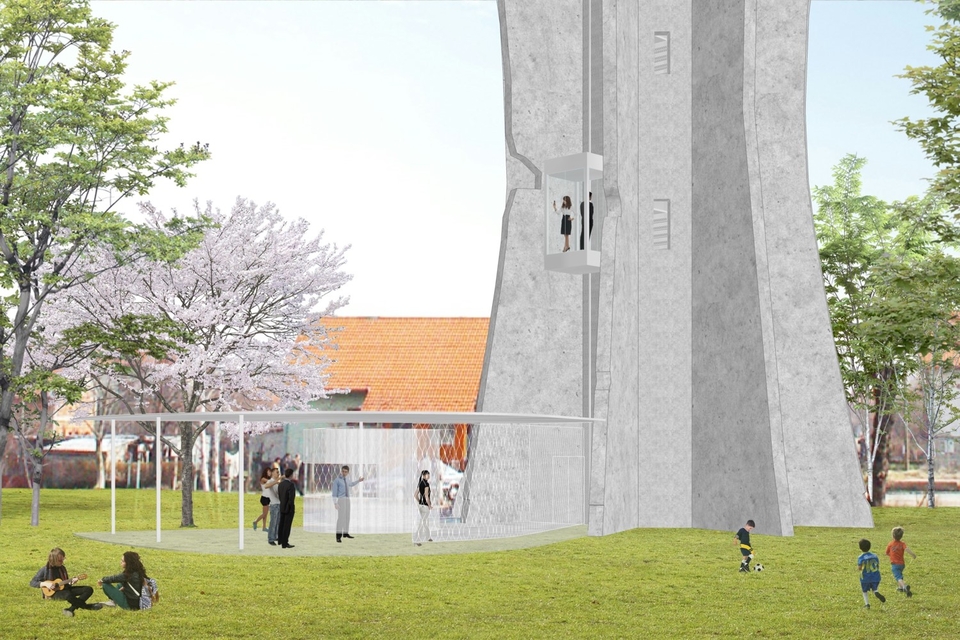 The memorial park will have parking spaces, public restrooms, a playground and a restaurant. All the elements would be constructed using ‘green architecture’, to prevent downplaying the importance of the water tower. Entrance to the water tower would be at the old place, and will lead to the outer panoramic elevators oriented towards the Danube. There will be a memorial room whilst the holes in the tower from missiles will not be touched. The water tower will have a lookout at the top. 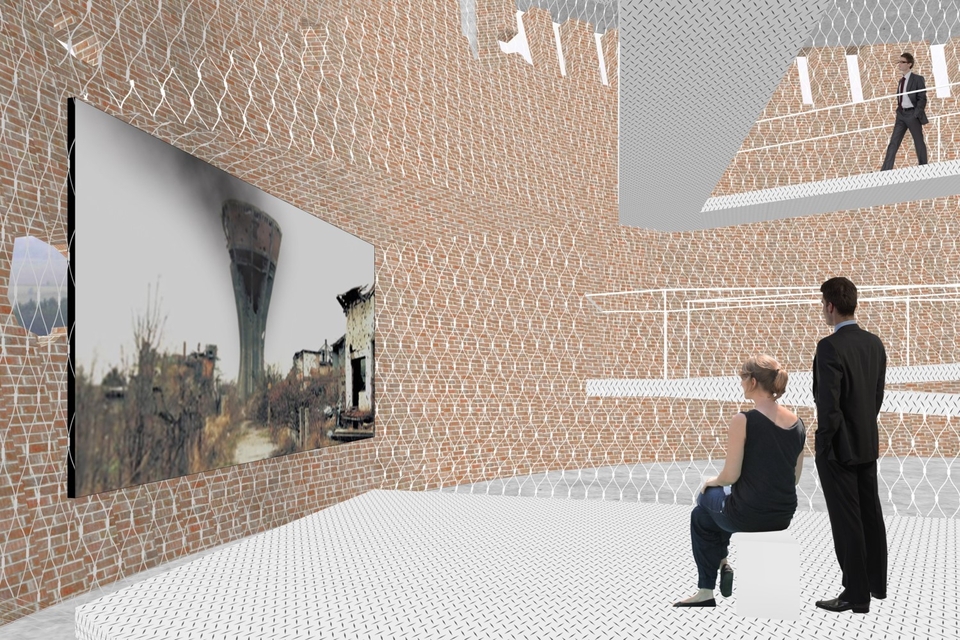 A memorial room will be in the tower

The original Vukovar water tower was designed by the company Plan and built by Hidrotehna Zagreb, in the late 1960s. It was built in a city park, popularly known as Najpar-bašća, in the district of Mitnica. Until the war, the top of the tower was home to a restaurant with a view over Vukovar, Dunav and surrounding vineyards. 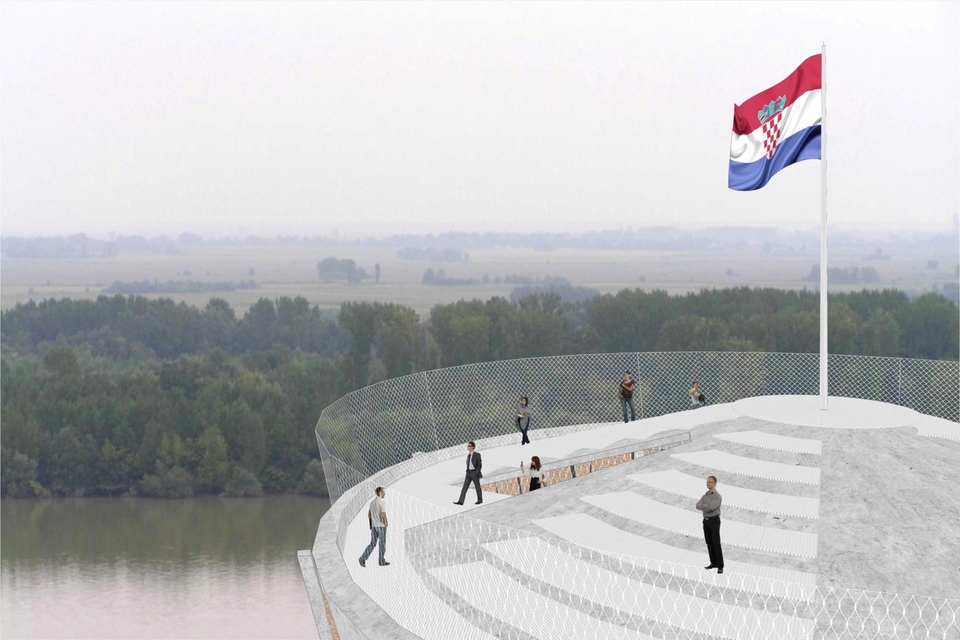 Original tower was built in the late 1960s.