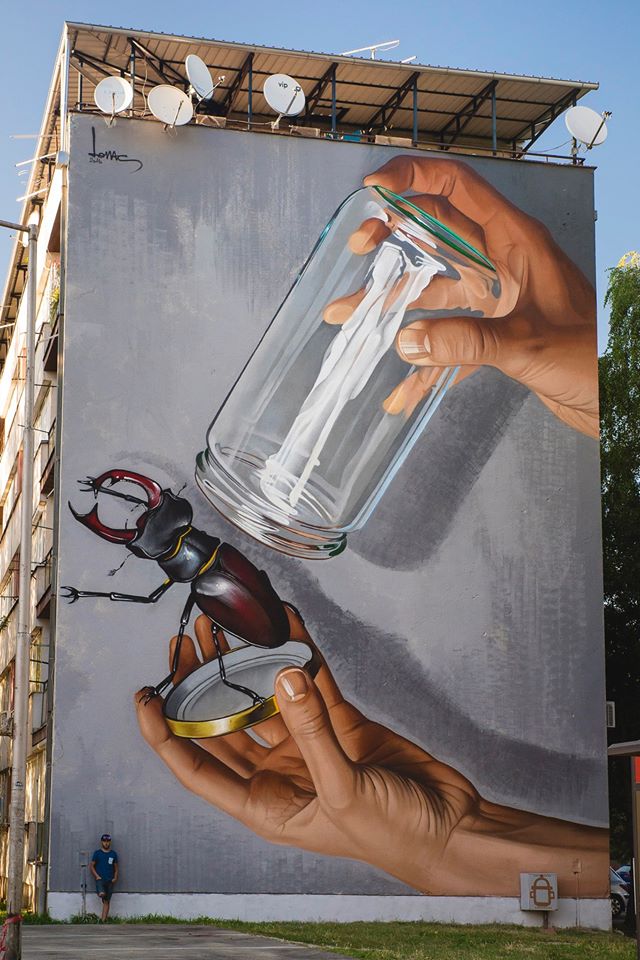 Young Zagreb-based artist Lonac has once again turned heads, this time with his biggest mural yet…

Lonac has just finished his massive mural titled “Off you go” as part of the Re:Think Sisak 2016. festival. Lonac is well known in the Croatian street art scene, and is forging his name around Europe also. 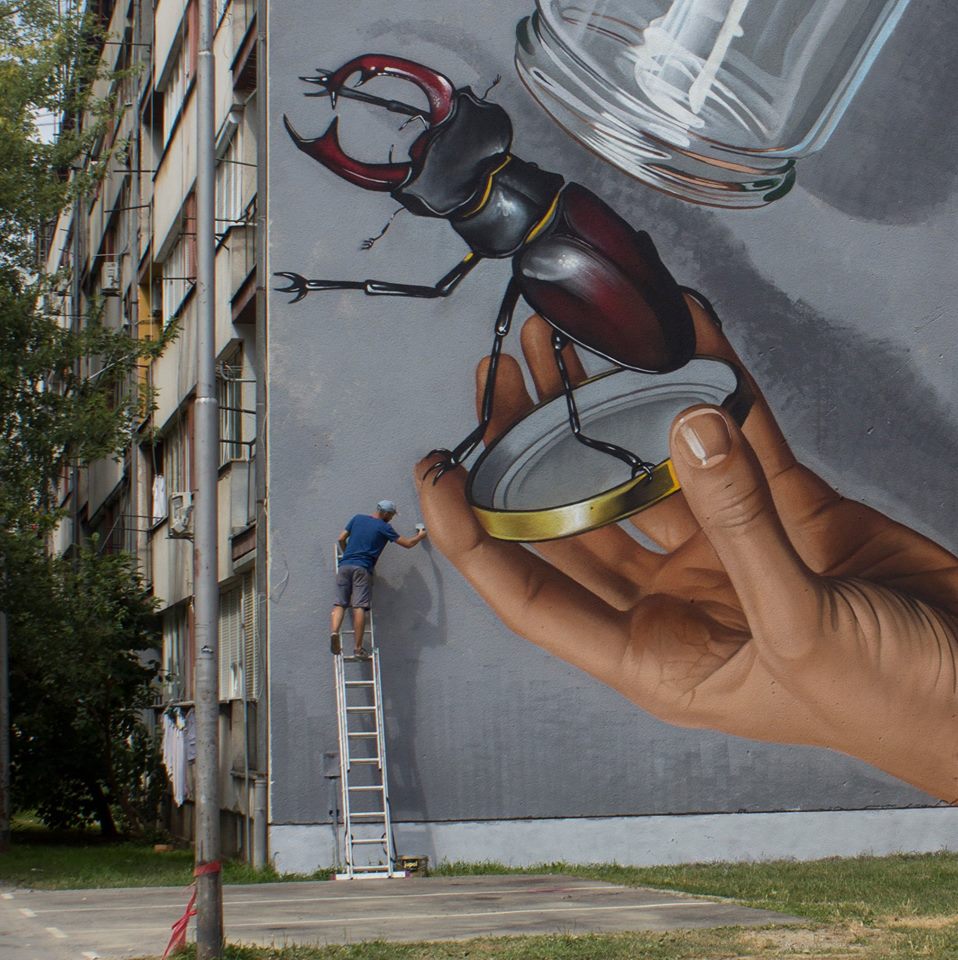 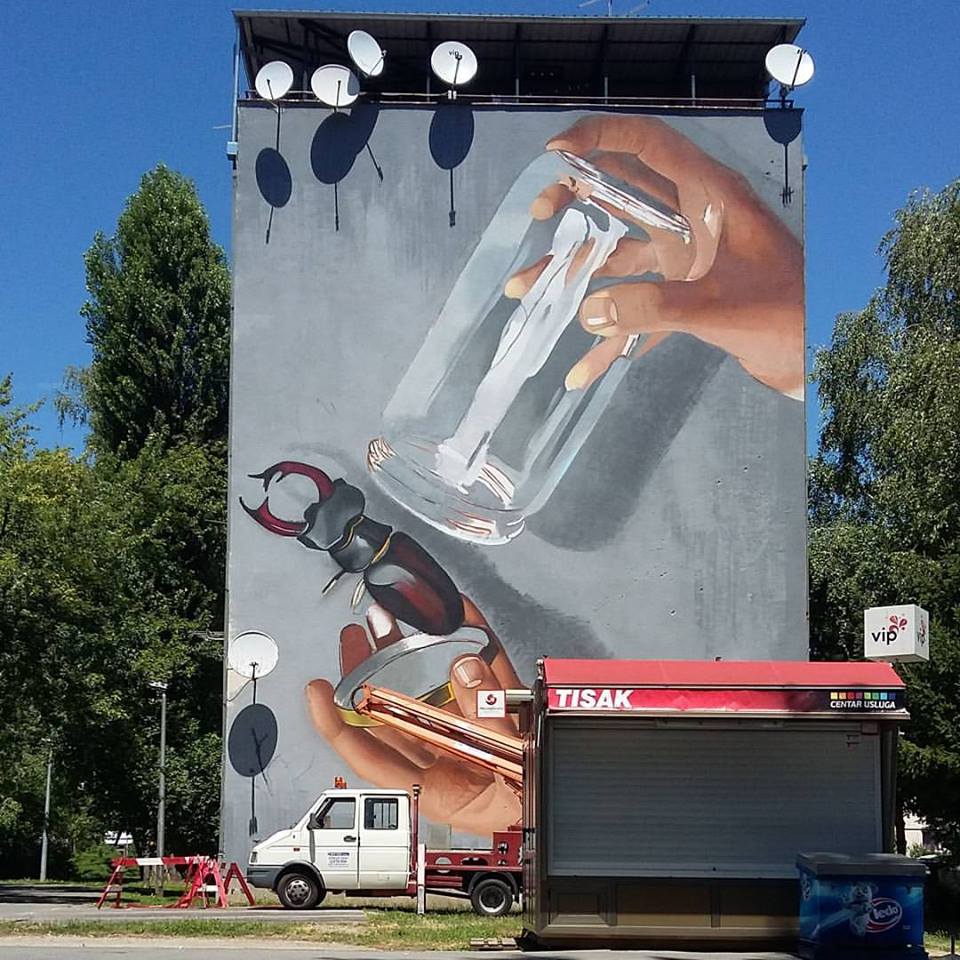 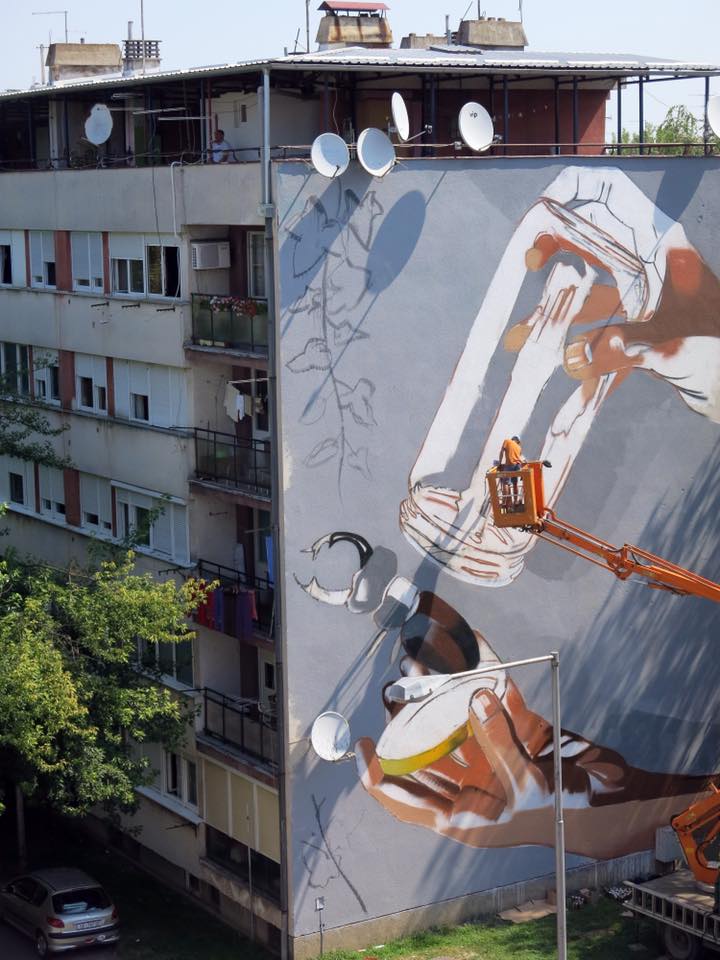 Earlier this year he created an impressive animated heart beating piece at a secret location in the Croatian capital Zagreb. He has used a stepped approach and mixed it with stop motion animation technique in the piece to create an incredible effect.