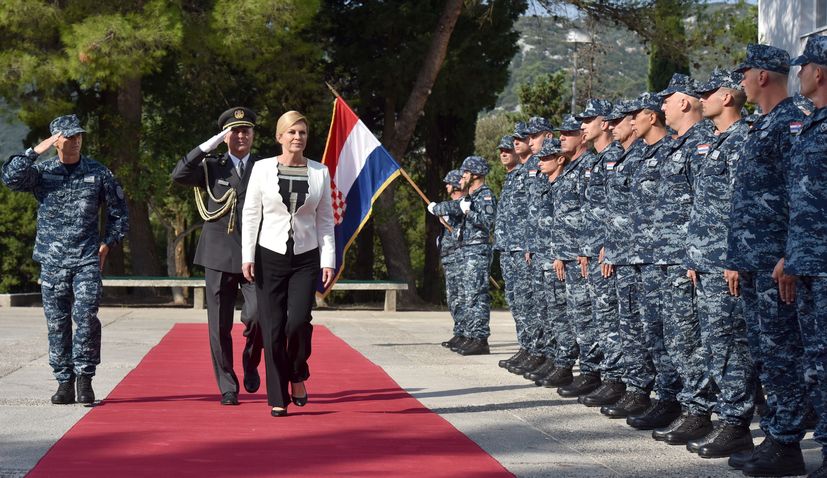 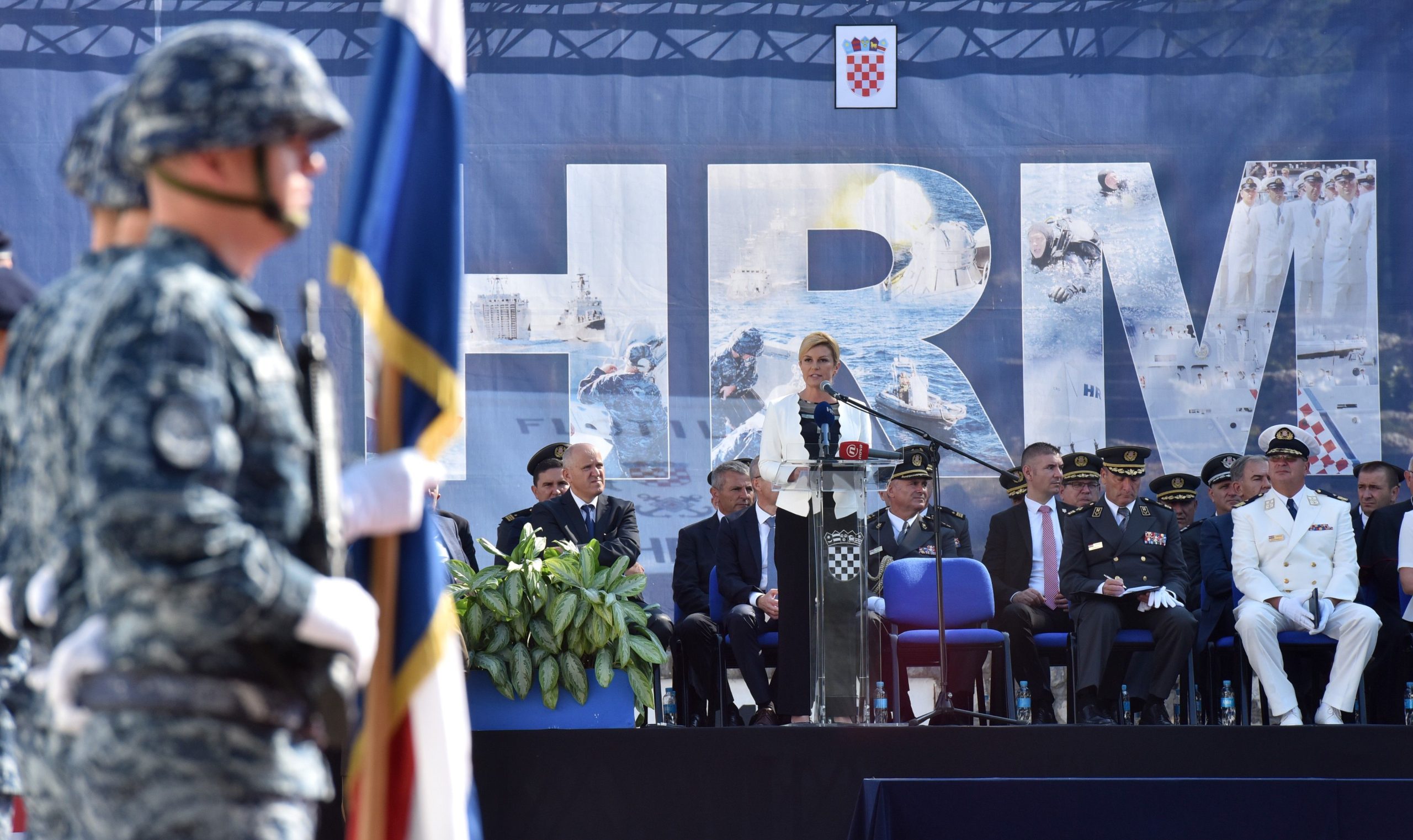 In congratulating the 27th anniversary of the Croatian Navy, the President reminded of its important role in the Homeland War, especially of the members of the 116th Brigade of the Croatian Army, whose name the barracks will bear, and whose 65 members perished while several hundred were wounded.

She emphasized the importance of Ploče as a strategic port and said that the return of the army to this town rectifies a former “erroneous decision on its relocation”. “The line-up of the naval infantry assault unit in Ploče is a special national interest because Ploče is a gravitational centre for the Croatian Navy”, she said. 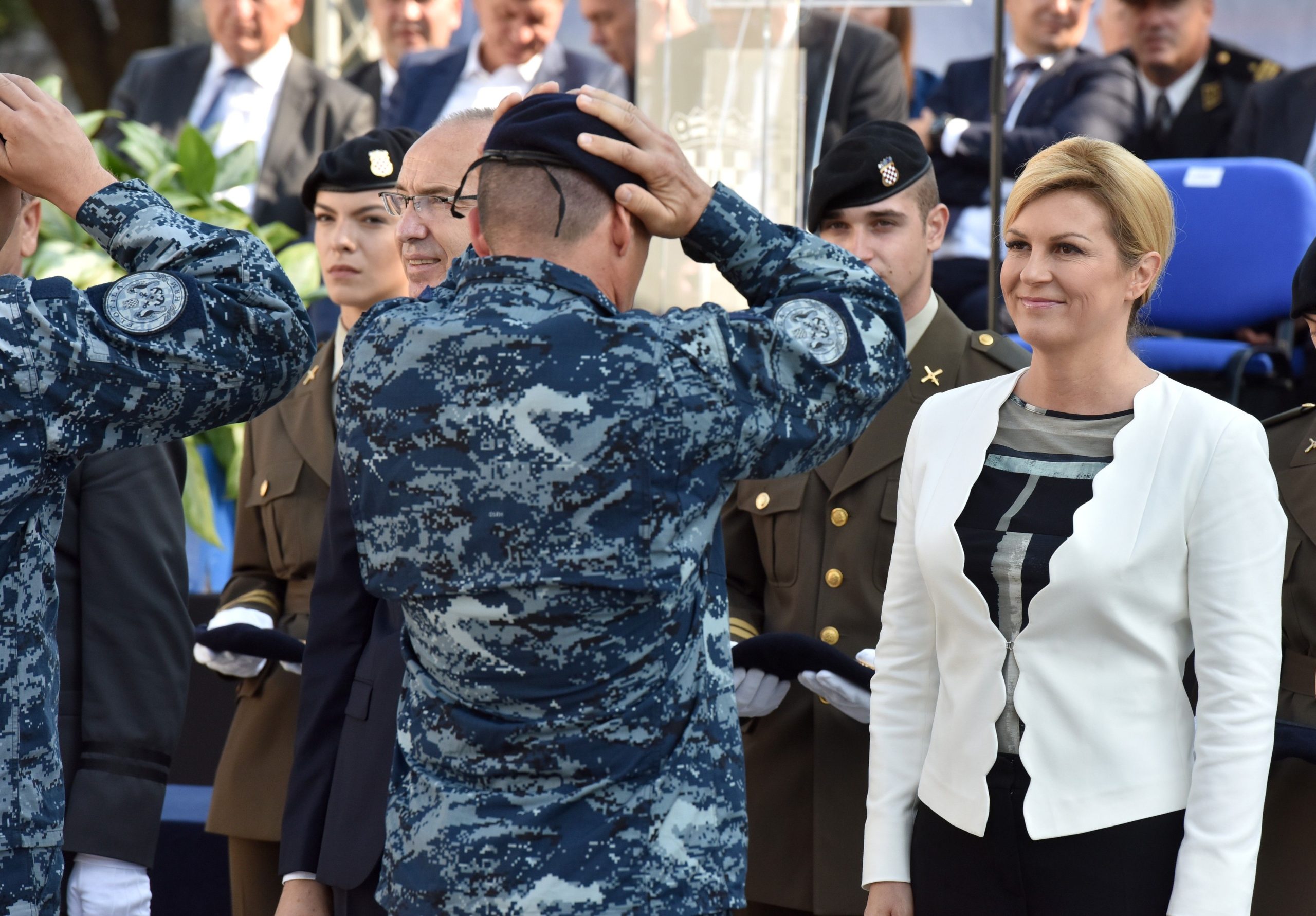 In her address, she pointed out the increase in the defense budget which will help build a more effective homeland security system. Investment in the modernization and equipping of the Armed Forces, and development of the homeland security system, she underlined, is not only an expenditure but primarily an investment in a more secure future for us and our economic development.

The Croatian Navy plays a major role in this aspect. “By equipping with state of the art ships, renewing anti-ship missile system resources and modernizing radar systems, we will achieve demanding abilities required for an effective protection of the sovereignty and national interests of Croatia at sea, and an effective integration of the Croatian coast guard system in a unique system of international security of the Adriatic in the function of the maritime security of Croatia and the European Union”, she remarked. 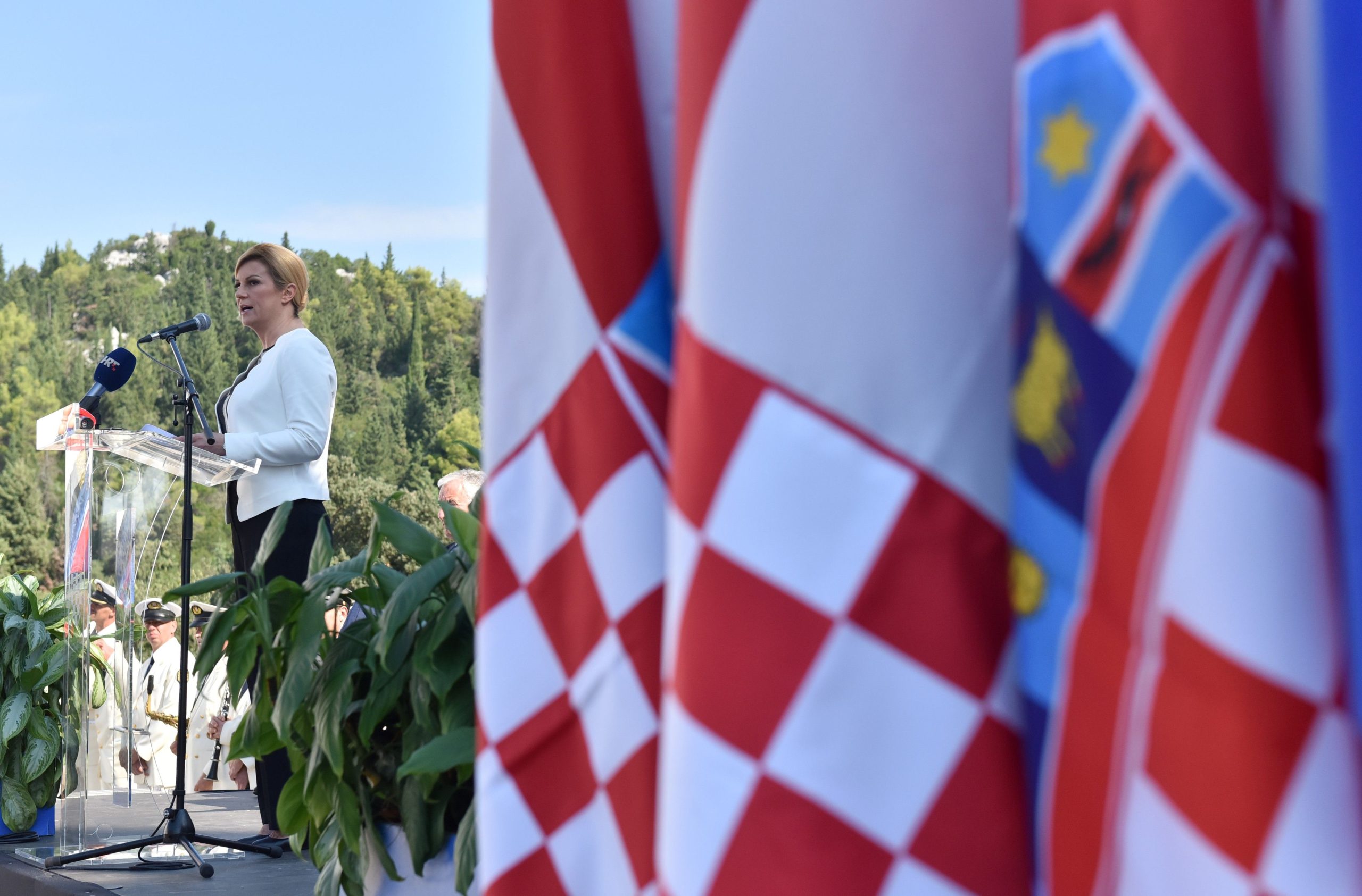 One should keep in mind the illegal migrations in the Mediterranean area that have become one of the major security challenges and threats to the whole of Europe. Croatia is prepared to deal with this problem, the President of the Republic and Commander in Chief of the Croatian Armed Forces stated.

Deputy Prime Minister and Defense Minister Damir Krstičević congratulated the members of the newly-organized naval infantry assault unit on the presentation of their berets and underlined: “With the official presentation of berets in the 116th Brigade of the Croatian Army barracks you have become part of the Croatian Navy’s family and the descendants of the glorious Croatian naval tradition, a tradition preserved in the hardest of times in the Homeland War”. “These new arrangements promise a quicker defense response. The Croatian soldier has demonstrated many times his readiness to battle fires and floods, and is always prepared to help his people first of all”, he added. 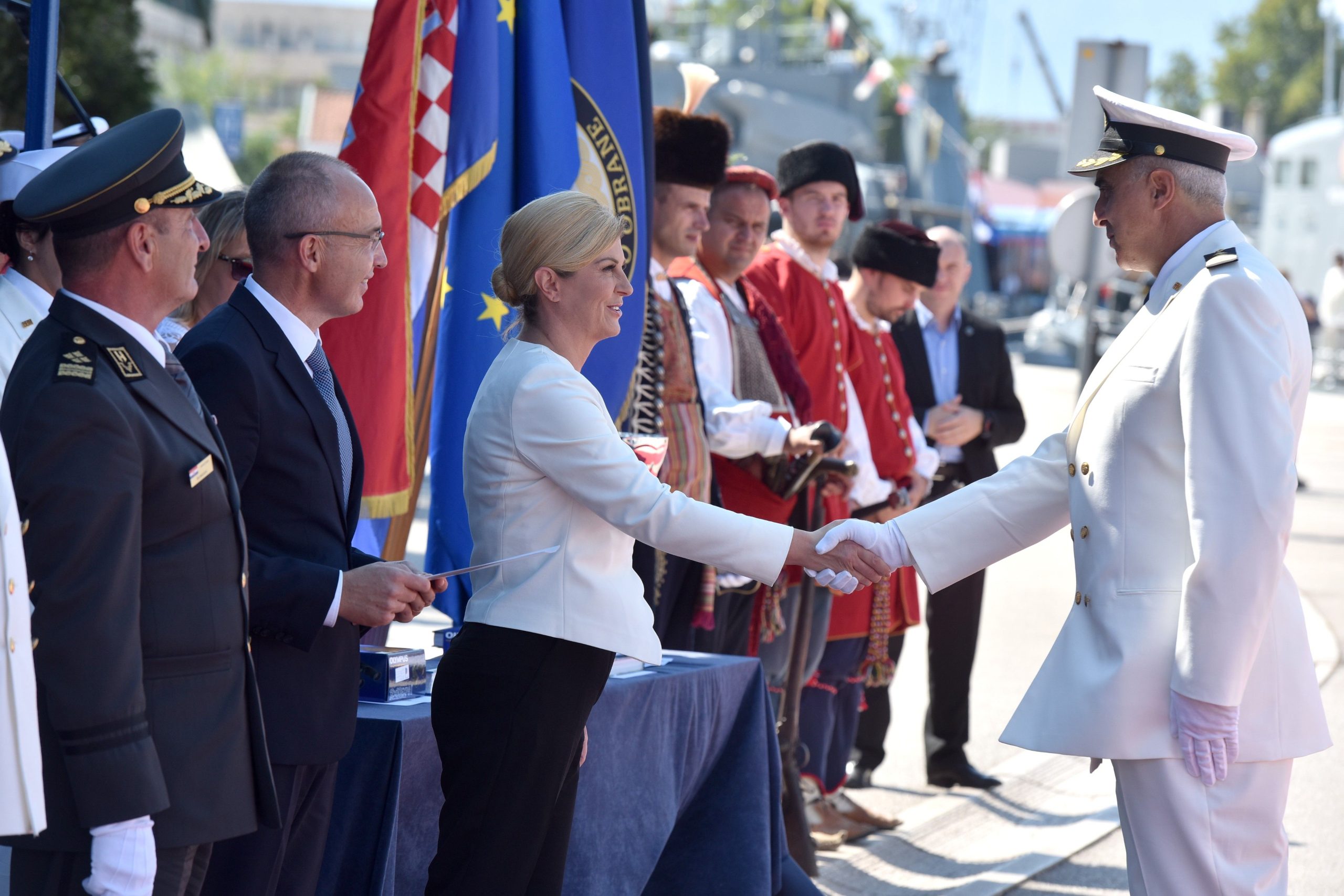 Minister Krstičević highlighted the essence of systematically investing in the modernization and equipping of the Croatian Navy “thus maintaining their presence in the Adriatic Sea”, and he announced the successful development of naval academy studies at the University of Split. 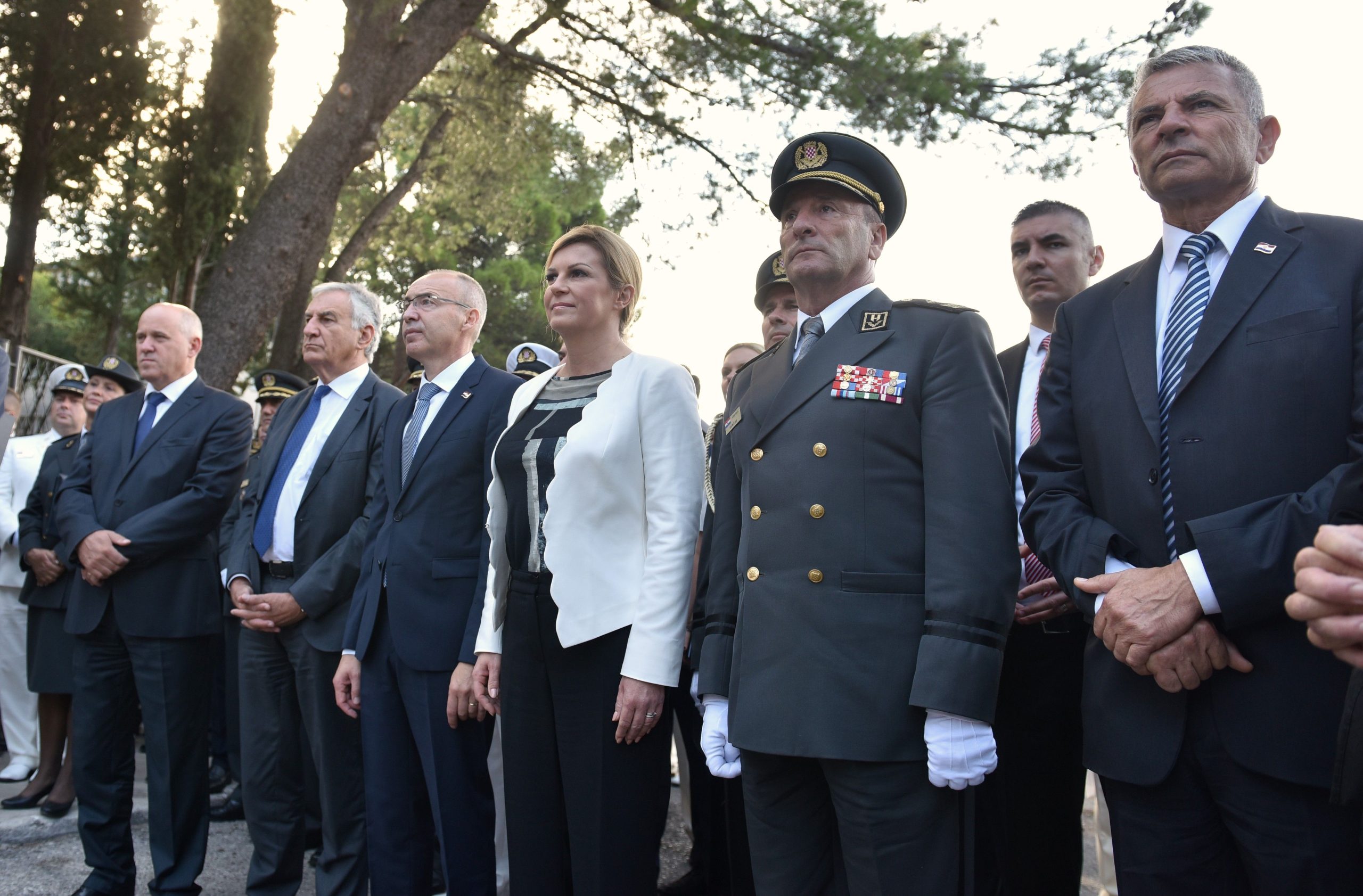