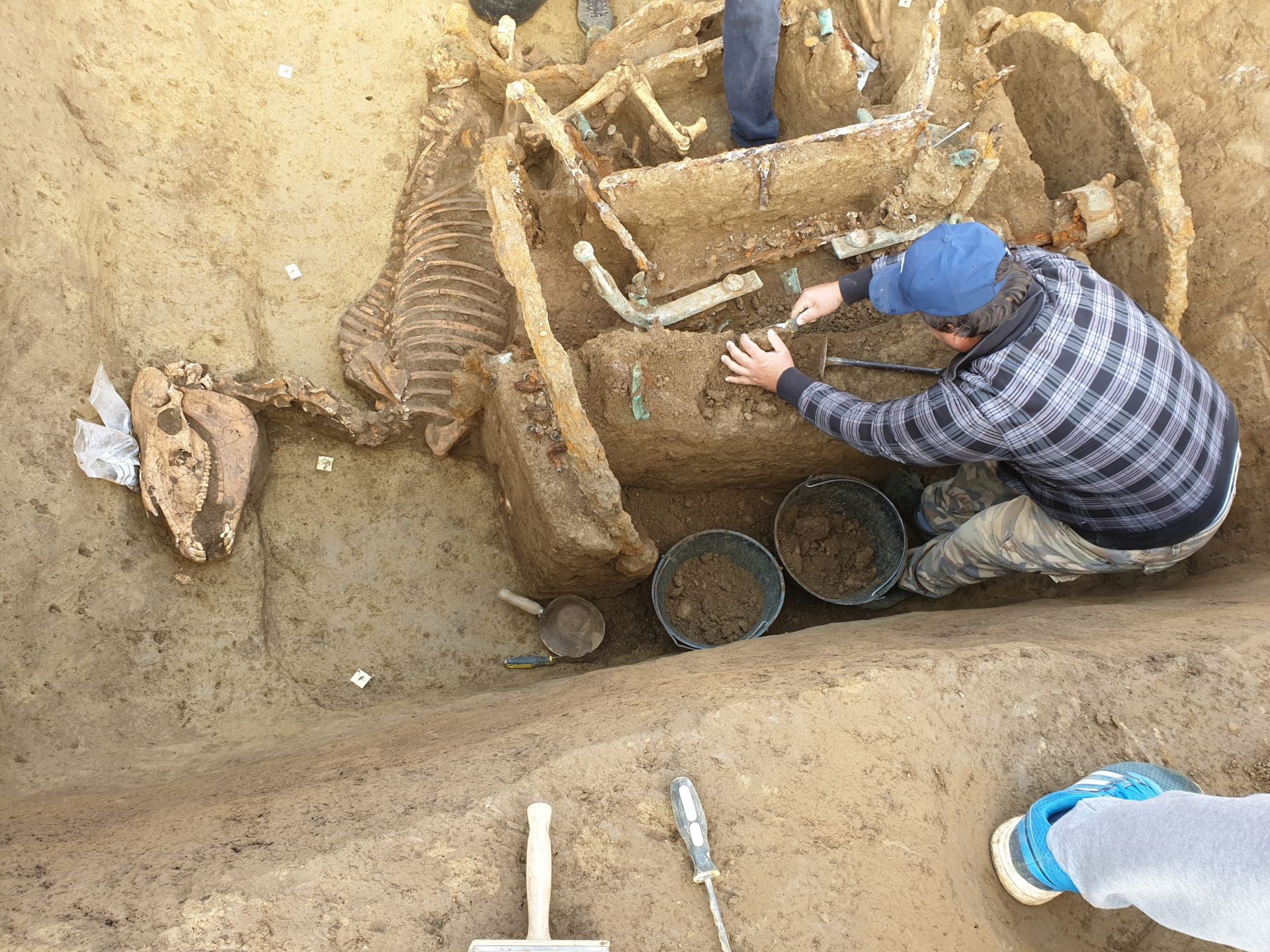 17 October 2019 – An amazing discovery has been made by archaeologists in Stari Jankovci, near Vinkovci in eastern Croatia.

A two-wheeled Roman chariot with the fossilised remains of two horses has been found in a large burial chamber which was 40 meters in diameter and had a preserved height of about 1 metre, Novosti.hr reported. 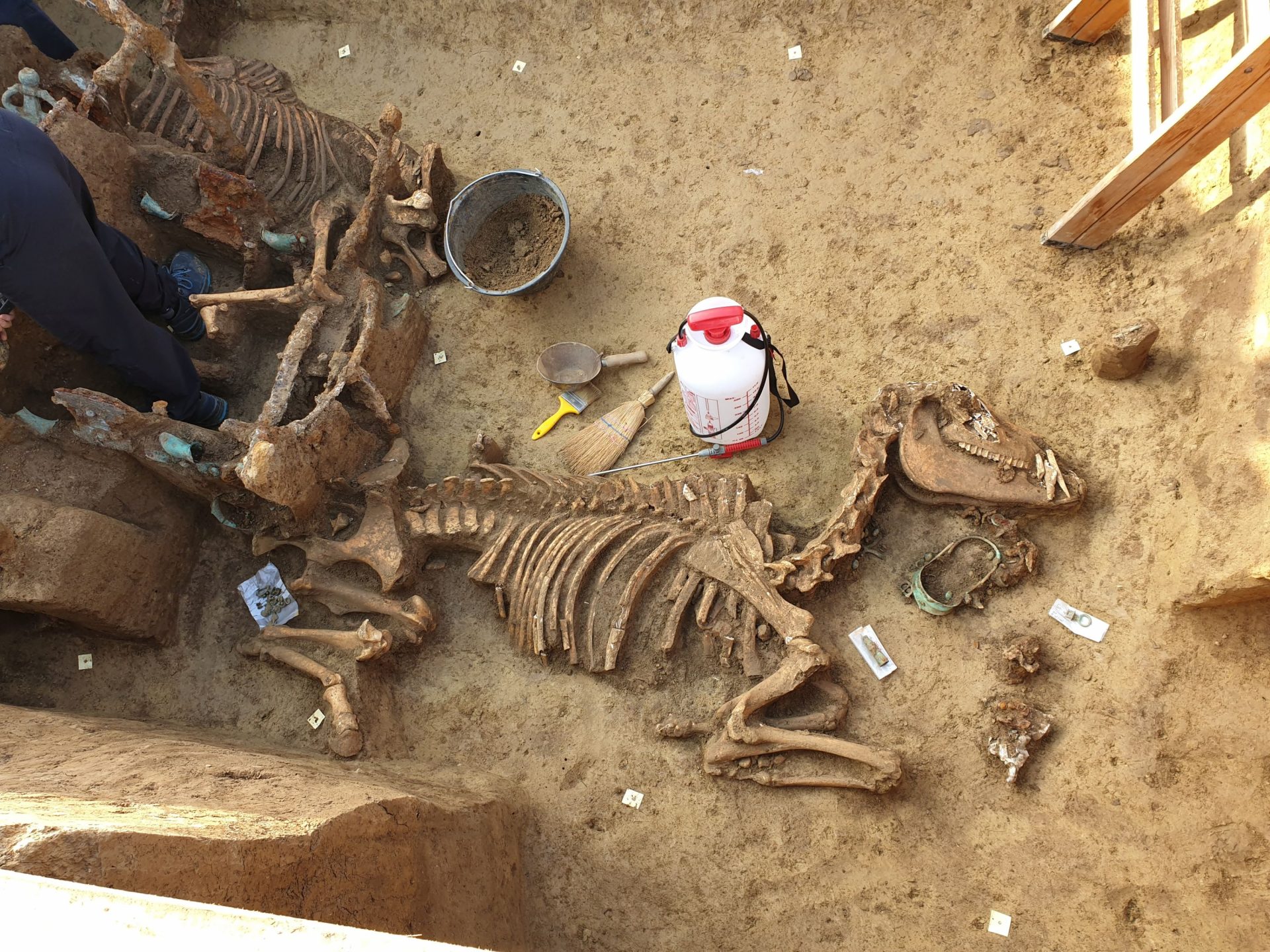 The burial is believed to be the result of a lavish funeral ritual for extremely wealthy Roman families dating back almost 2,000 years.

“This custom is associated with extremely wealthy families who played a prominent role in the administrative, social and economic life of the province of Pannonia. By locating an earthen mound along one of the most important thoroughfares of the Roman Empire, which connected the Apennine Peninsula with Pannonia and the Balkans and Asia Minor, the aristocratic family settled near Cibalia and wanted to show to all travelers who traveled along this road their status and wealth,” said expert Boris Kratofil. 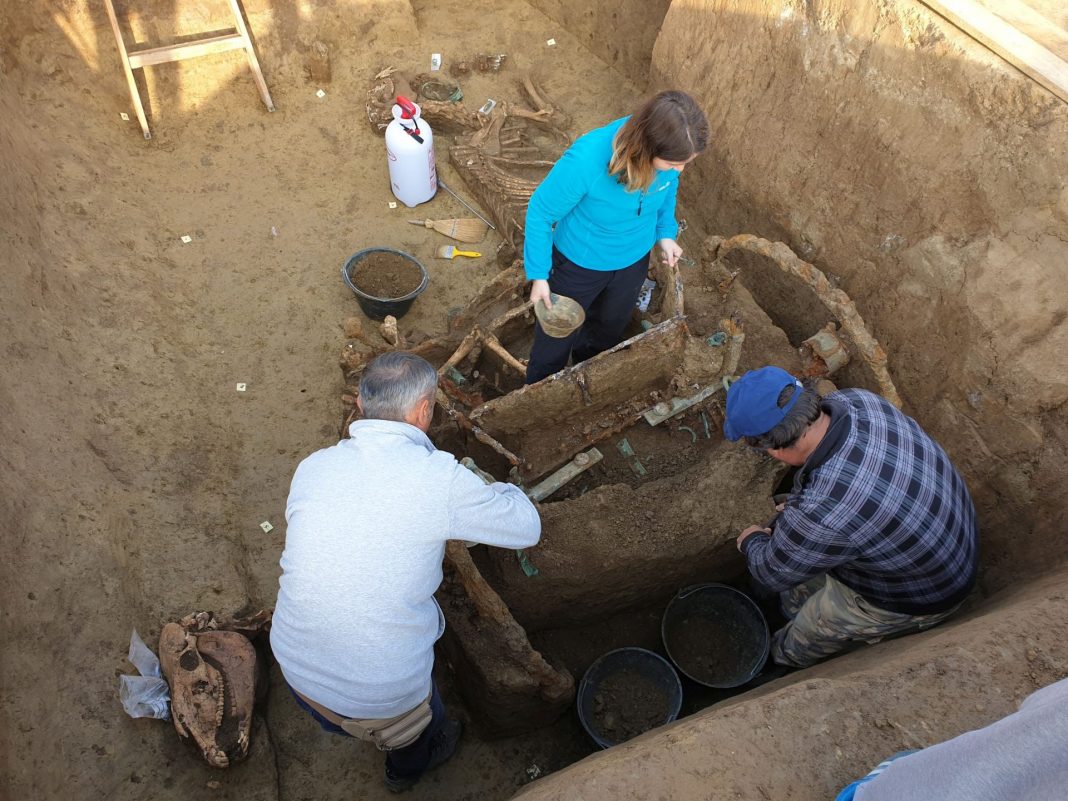 Although the findings have not yet been fully investigated, it is estimated from the metal parts of the chariot and numerous horse equipment which were found, that the investigated tomb dates from the 3rd century AD, which, as Kratofil pointed out, is one of the youngest examples of this funeral custom.

The discovery was made by archaeologists from the City Museum of Vinkovci and the Institute of Archeology from Zagreb who had been investigating the  Stari Jankovci site since 2017. Marko Dizdar, director of the Institute of Archaeology, said the find was an amazing and sensational discovery and unique in Croatia. 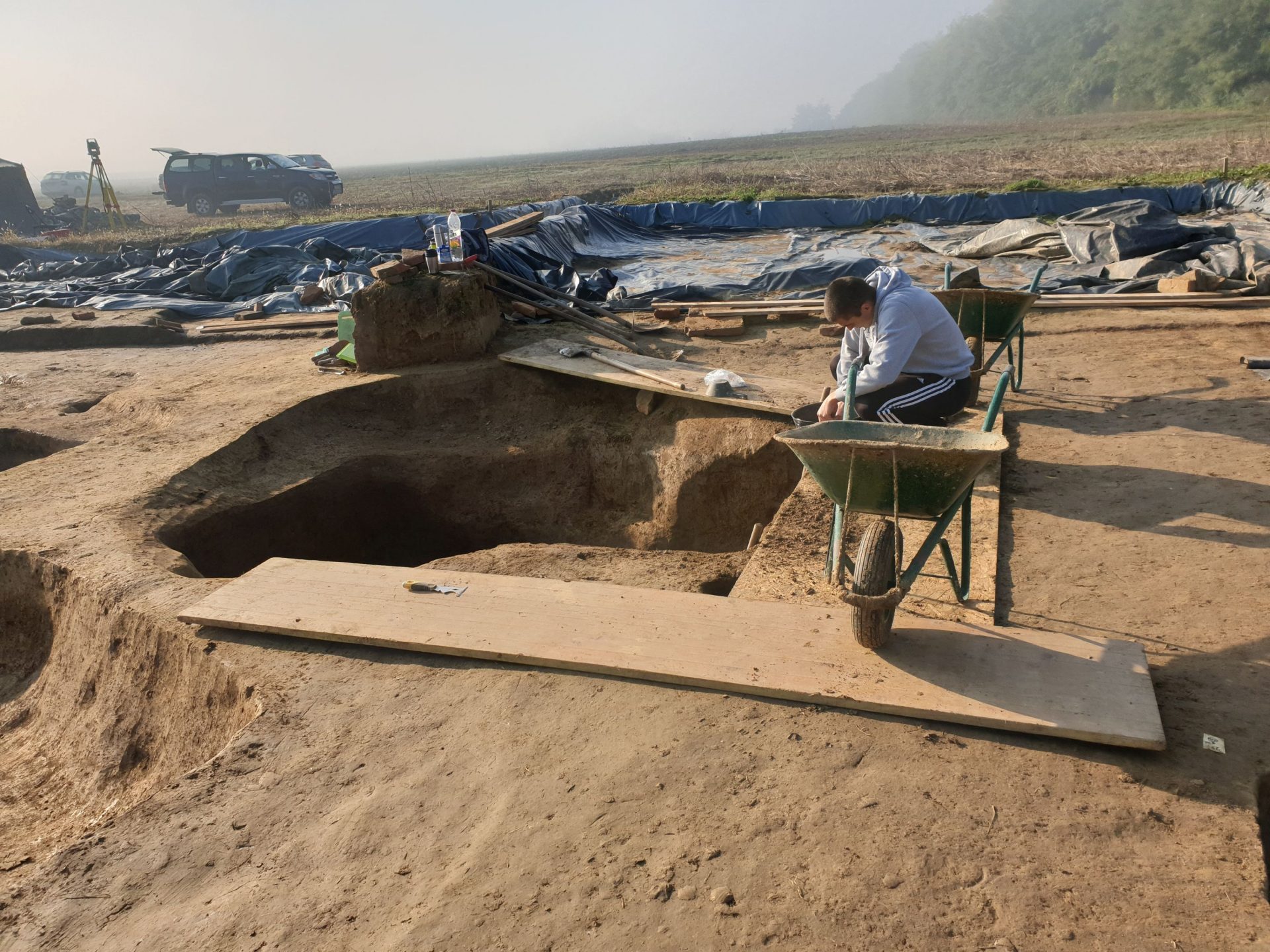 “Now is a long process of restoration and conservation of the findings, but also a complete analysis of the findings. In a few years we will know more about the family whose members were buried in this area 1,800 years ago. We are also more interested in the horses themselves, that is, whether they were bred from here or came from other parts of the empire, and what will it tell us about the very importance and wealth of this family. We will achieve this through cooperation with domestic as well as numerous European institutions,” said Dizdar.

He also announced that after the restoration, the Roman chariot which was found will be part of a permanent exhibition of the City Museum in Vinkovci.

Vinkovci is also known as the oldest city in Europe which has been continuously inhabited for more than 8,000 years. It is also the birthplace of two Roman Emperors – Valentinian and Valens.