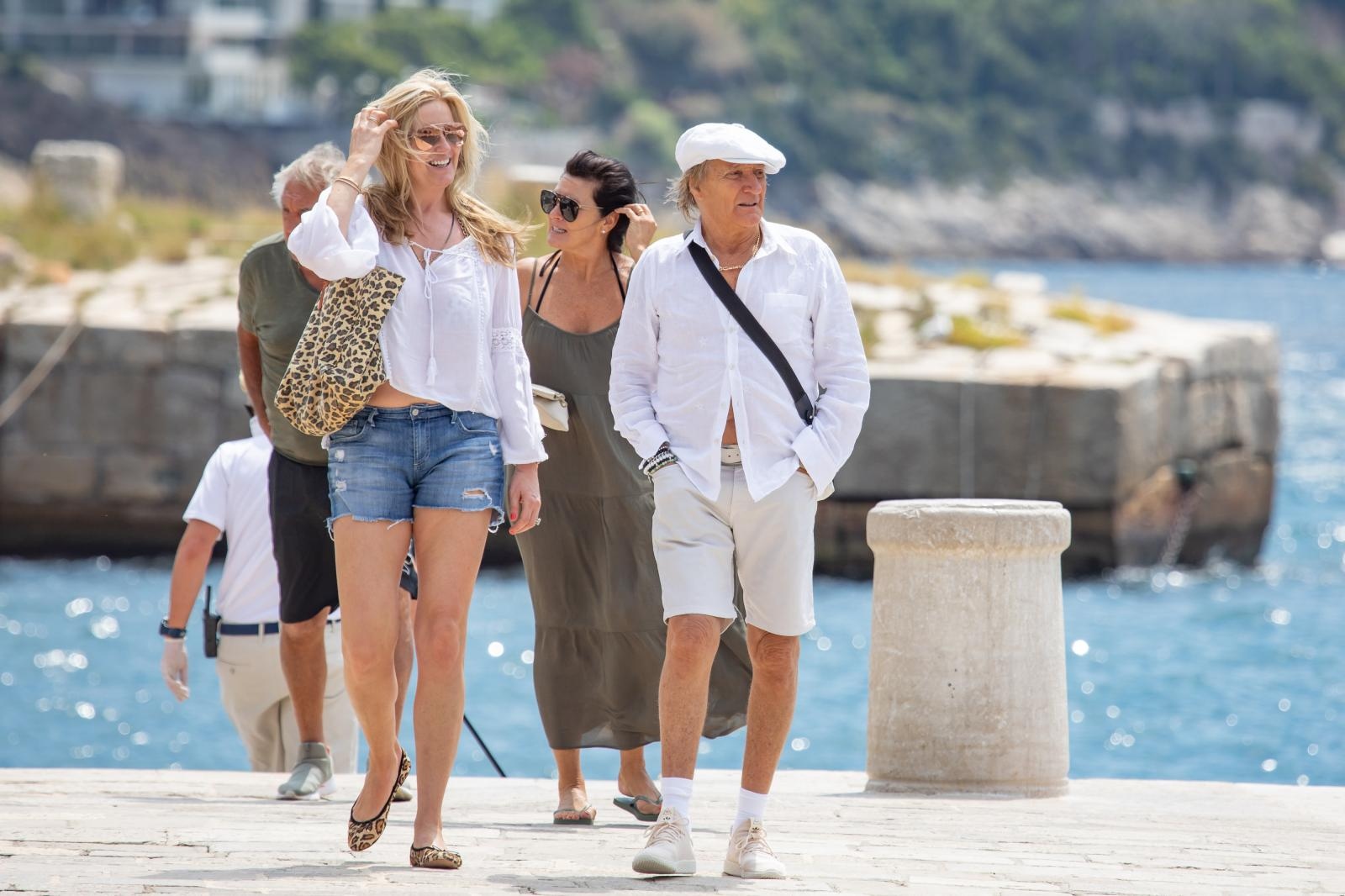 Stewart, who had hits like Sailing, The First Cut Is The Deepest, Rhythm Of My Heart and Maggie May, was snapped in the southern Dalmatian city of Dubrovnik on Tuesday.

The 75-year-old was strolling around the walled-city with wife Penny Lancaster wearing a white painter’s hat and white shirt.

Stewart, who is one of the best-selling music artists of all time, having sold over 100 million records worldwide with six consecutive number one albums in the UK, has performed in Croatia before.

“We are coming next year on holiday sailing on the Croatian coast. My son, who is 23 and a hockey player, his girlfriend is from Croatia. She convinced me to visit the Croatian coast which she says is more beautiful than the French Riviera,” Stewart said before his last concert in Zagreb in 2017.