Home » News » PHOTO: One of the world’s biggest superyachts turning heads in Croatia 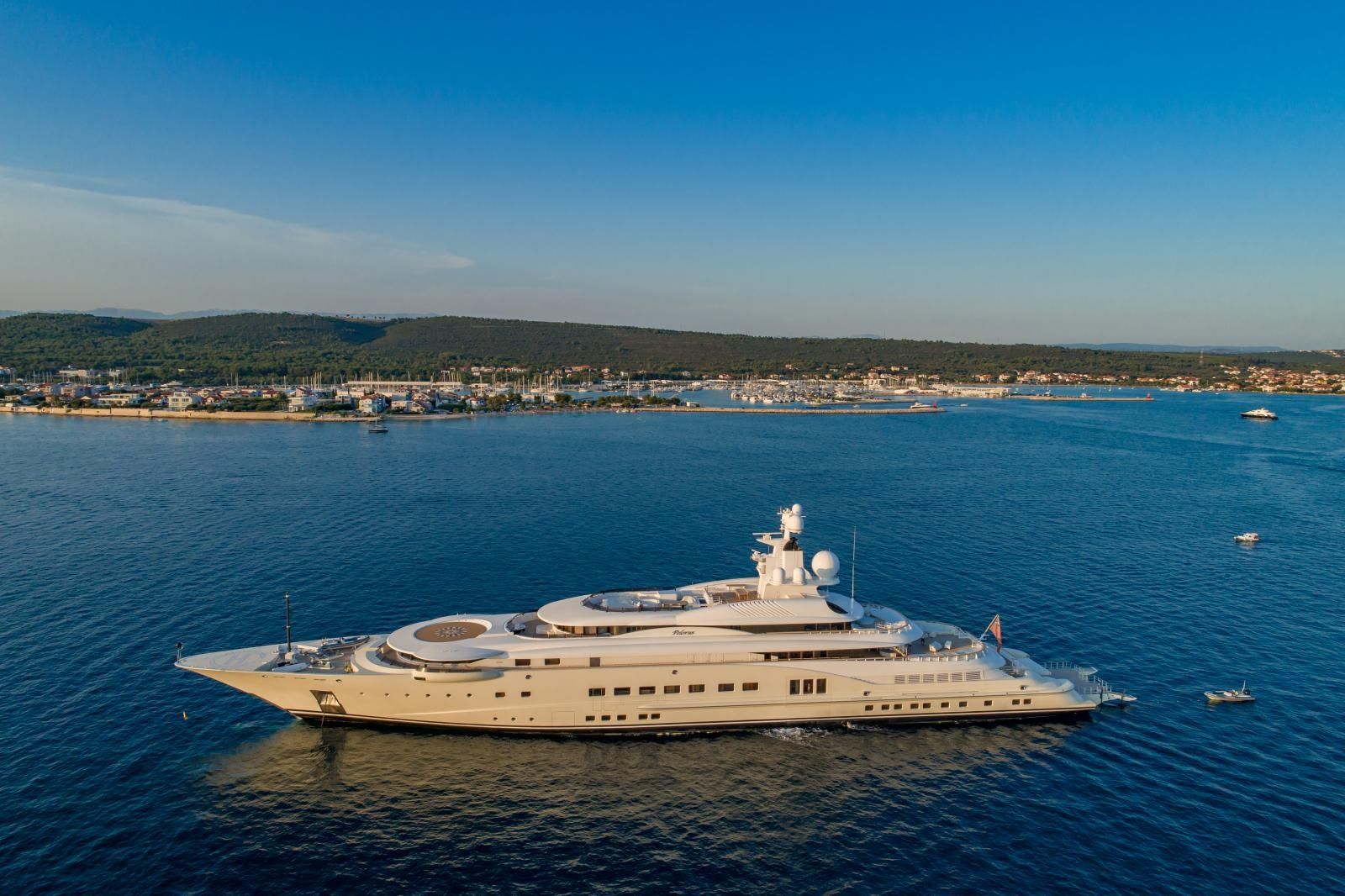 27 July 2019 – One of the world’s largest superyachts is currently turning heads on the Croatian coast.

The 115-meter superyacht Pelorus, which is one of the world’s biggest yachts, has been cruising along the Croatian coast this weekend and docked near Sukošan in the Zadar area where it caught the eye of locals and tourists.

The yacht was built in 2003 and sold to Russian billionaire and Chelsea FC owner Roman Abramovich during its maiden voyage, who had it refitted by Blohm & Voss, adding a second helicopter pad (forward), four zero-speed stabilizers, and modifications to the exhaust, mast, and stern.

Pelorus is powered by two 5,500-hp Wärtsilä 12v 26 engines with a maximum speed of 19 knots, but often cruises between 12 to 14 knots. The yacht has changed owners a few times and in 2016 Pelorus was sold to Chinese billionaire, Samuel Tak Lee.

The yacht, which has a full time crew of up to 46 people aboard all year long, has been a regular visitor to Croatia over the past few summers.