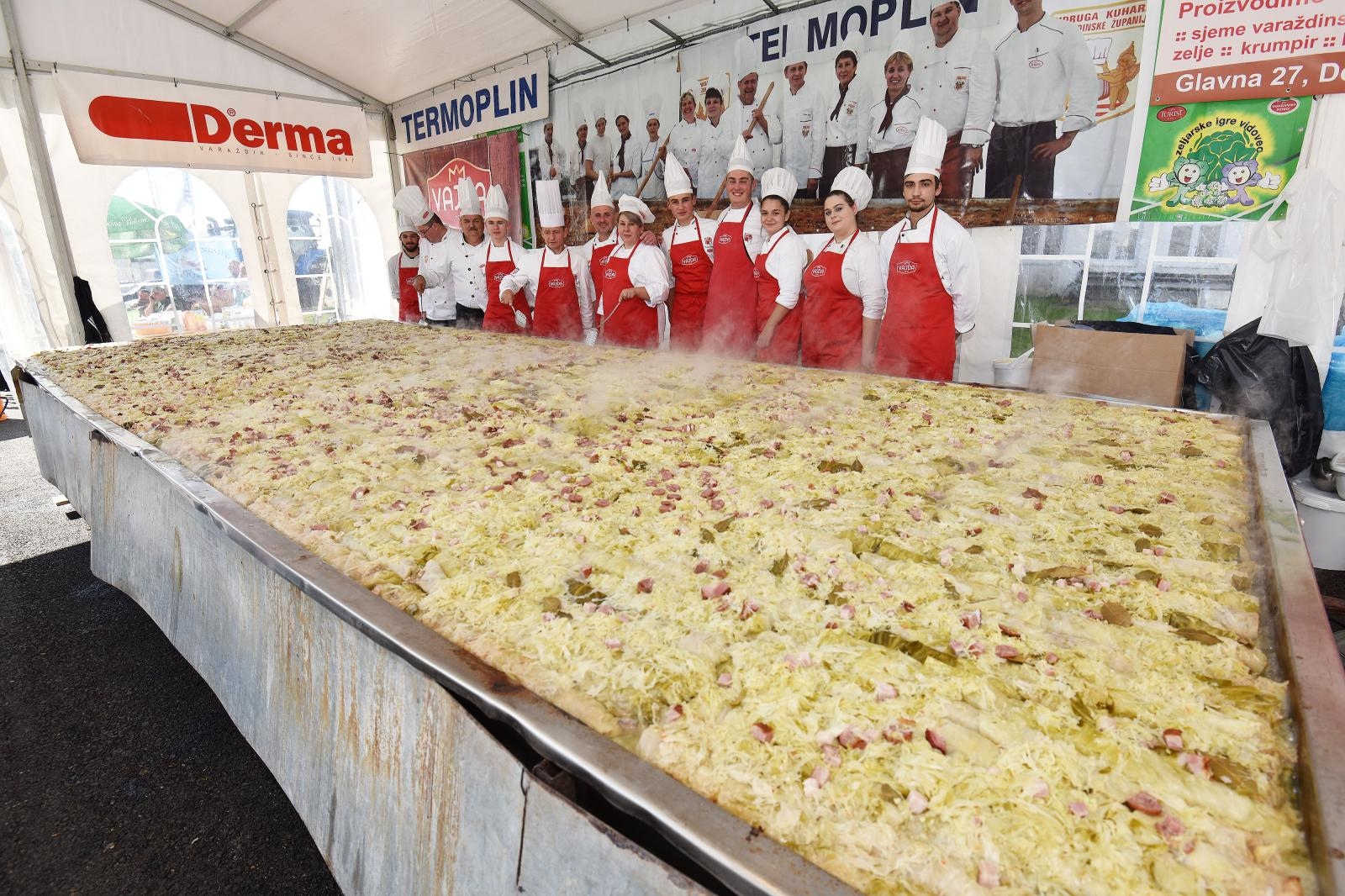 21 September 2019 – The world record for the longest sarma has been broken today in northern Croatia at the traditional Zeljarijada Festival.

The mega sarma cooked at this year’s festival, which measured a massive 1,480 metres, broke their own world record for the world’s longest sarma prepared last year at the festival of 1,333 metres.

The new world record sarma needed a lot of ingredients.

Crleni already stays that the record will not last that long before it is broken again.

“Next year we are expecting to get a new dish, then we will be able to talk about preparing something over 1,500 long. This year part of the sarma had to be cooked in special pots.”

Visitors to the festival had the chance to try the sarma and there will be more available on Sunday when the 22nd Zeljarijada Festival closes.

The festival is dedicated to cabbage and other products and cultural traditions from the area.

Sarma, which is cabbage leaves stuffed with minced meat and rice, is one of the most popular dishes in Croatia.