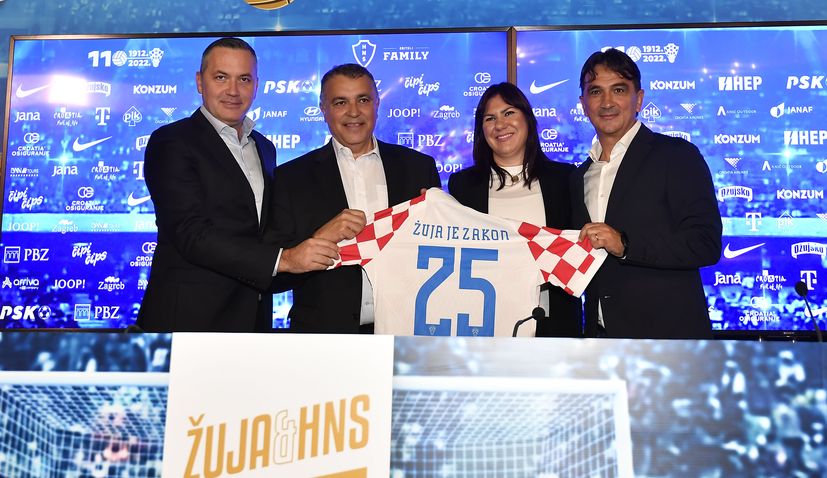 ZAGREB, 9 November 2022 – Representatives from Zagrebačka pivovara and the Croatian Football Federation signed a new sponsorship contract, which officially confirmed the continuation of the partnership that has been going on since 1998.

Ožujsko pivo will once again be with the Croatian football team at the FIFA World Cup, which begins on November 20 in Qatar.

Miroslav Holjevac, President of the Management Board of Zagrebačka Pivovara, and Marijan Kustić, President of the Croatian Football Federation, signed the contract today to extend the already 25-year cooperation.

“This is a big and significant year for our company, in which Zagrebačka pivovara and Ožujsko pivo celebrate 130 years of existence. In addition to presenting significant investments and organising numerous activities, we are happy and proud about the continuation of the partnership between the favourite Croatian beer and the Croatian football team.

This step is a logical continuation of the cooperation that has been going on for a quarter of a century and makes this partnership the longest-running sports partnership in this area. We are looking forward to everything that lies ahead and we send a lot of good wishes and faith in our players to Qatar,” said Miroslav Holjevac, President of the Management Board of Zagrebačka pivovara.

“I am happy that before going to the World Cup we agreed to continue cooperation with our longest-standing partner, Zagrebačka pivovara. Ožujsko pivo is really an extremely loyal, dedicated and active partner not only of the Croatian Football Federation and our national team, but of Croatian football as a whole. I thank President Holjevac and the brewery management for they recognise the great value of our national team and that with their investments and activities year after year they help the development of Croatian football.”

In addition to the official signing of the contract on the continuation of cooperation, this year’s activities of Ožujsko pivo before and during the championship were also presented at the press conference.

Žuja got a new look, and will be decorated by four new Vatreni players – Ivan Perišić, Mateo Kovačić, Marcelo Brozović and Andrej Kramarić.

The overarching message of the campaign “Leave your heart for Croatia” will be recognised by every fan, and it is also sent through a TV ad in which, as always, the football celebration will be led by Žuja’s Rene Bitorajac, Goran Bogdan and Goran Navojec, along with selected Croatian football stars. 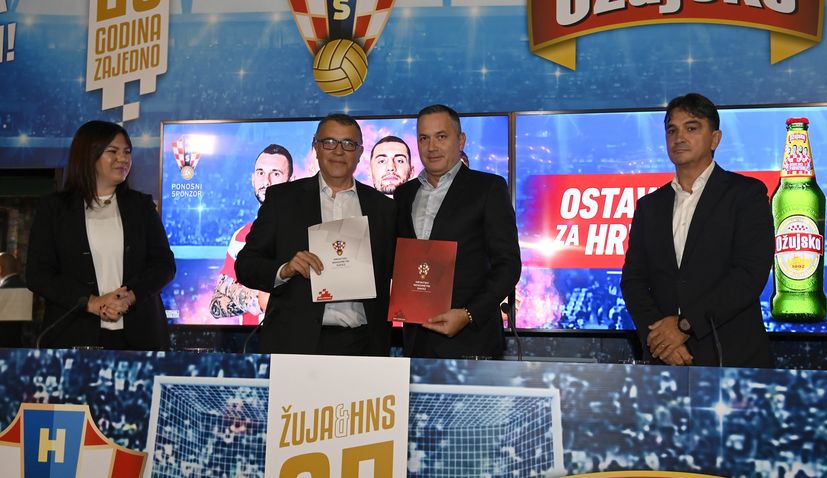 “We are, as you already know, very emotional fans, and while our national team players leave their hearts on the field, we leave them for Croatia wherever they are needed: in our homes, in stadiums, in cafes, on squares… We will do the same this year with a TV spot. to motivate our fans and encourage our players, and we are especially happy and proud that our Žuja will also get a new face. Because of the most ardent fans in the world, this year we also present our digital campaign “A little stronger fans”. Žuja is football, football is Žuja, one doesn’t work without the other, so we can’t wait for the football euphoria to begin,” revealed Ana Štebih Pinjuh, marketing director of Zagrebačka pivovara.

The media conference was also attended by the coach of the Croatian national team, Zlatko Dalić, who presented the final list of players traveling to Qatar and confirmed the importance of Žuja’s support for the national team.

“Four and a half years ago, at the same place, at the Zagreb Brewery, we published the list for the World Championship in Russia, which brings back memories of that magical story that ended with winning silver. I give recognition to Ožujsko beer, which has been a faithful and important partner of Croatian football for many years, and I hope that our fans will have many reasons to celebrate with ‘Žuja’ this year as well. On behalf of the professional staff, I can announce that we will do everything so that the national team in Qatar once again shines a light on the face of the entire homeland.”

Croatia will play its first match on November 23 against Morocco, and in group F they will also meet Canada and Belgium. The match with Canada is onNovember 27, while the Vatreni will face off against Belgium on December 1.