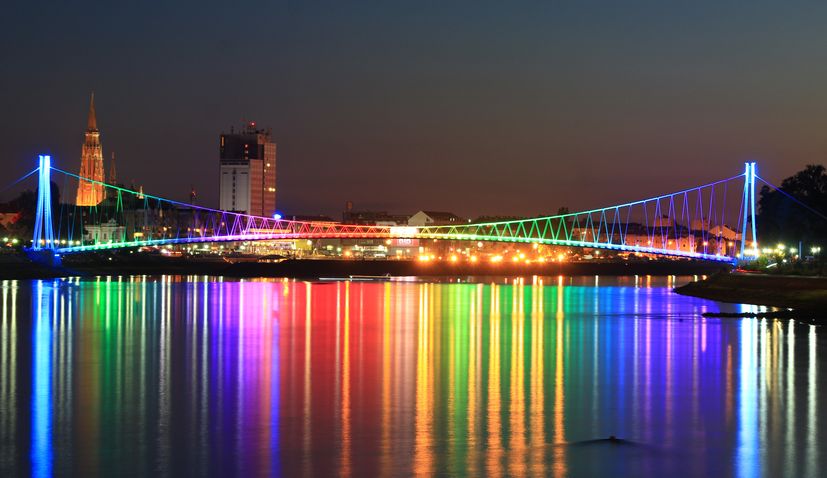 ZAGREB, Jan 24 (Hina) – The Croatian government on Thursday decided that Osijek would be the first 5G city in the country, which Prime Minister Andrej Plenkovic described as a very good decision, notably in the context of the government’s broader policy that puts emphasis on the eastern region of Slavonia and Osijek.

Designating the first Croatian 5G city is part of the overall policy of the European Commission, which back in 2016 defined, as part of its 5G for Europe Action Plan, guidelines for encouraging the development of infrastructure and 5G mobile communications services in the period until 2020.

This means that by the end of this year each member-country should designate at least one city to introduce the first 5G network and fully commercial 5G services, said Sea, Transport and Infrastructure Minister Oleg Butkovic, whose ministry proposed designating Osijek the first 5G city in Croatia.

“The EC’s 5G action plan is part of the EU’s Digital Single Market Strategy, whose goals include the creation of an environment conducive to introducing very high-capacity networks as generators of the digital economy,” said Butkovic.

He said the first Croatian 5G city was selected by a task force comprising representatives of the ministry, the HAKOM regulator, and all three mobile network operators in Croatia – HT, A1 Hrvatska and Tele2 Hrvatska.

Apart from Osijek, the cities of Bjelovar, Karlovac and Rijeka, too, expressed the wish to become 5G cities and the task force decided, based on the cities’ territory, population, terrain configuration and possibilities of 5G technology application, that Osijek should be designated the first 5G city, said Butkovic.

PM Plenkovic said the government’s decision was very good, notably in the context of a major investment by Ericsson Nikola Tesla company in Osijek.