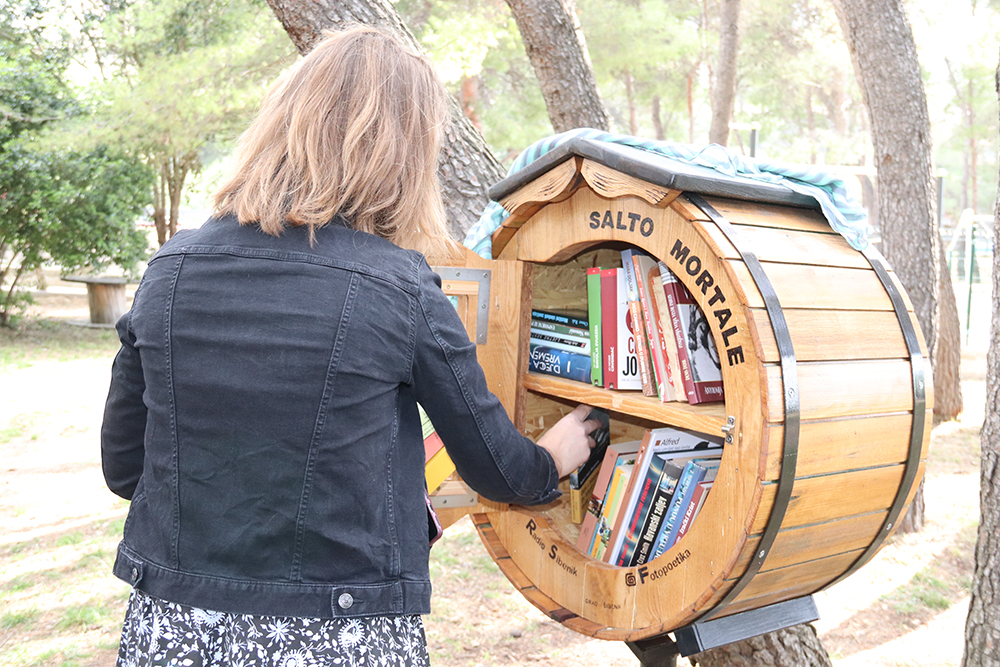 The city of Šibenik on Croatia’s Dalmatian coast has got its third small open-air library. The latest open-air library is dedicated to the great Croatian writer Vesna Parun and is named ‘Salto Mortale’ after her collection of poems published in 1981.

The ‘Salto Mortale’ library was set up in the park of Rasadnik in Vidice and is a joint gift from Radio Šibenik and the City of Šibenik to all its fellow citizens and visitors to the city. It was made by artist and craftsman Mario Juras – Lulas.

The ‘Salto Mortale’ library works on the principle of free book exchange – bring one book, take another and it is intended for all ages. It hides many symbolisms. It is made of one hundred pieces of recycled wood, which suggests the hundredth anniversary of the birth of Vesna Parun, which will be celebrated in April 2022. Also, part of the wood used in its production is the parquet of the Baldekin sports hall in Šibenik, on which the great Šibenik basketball Mozart, Dražen Petrović, once ran. 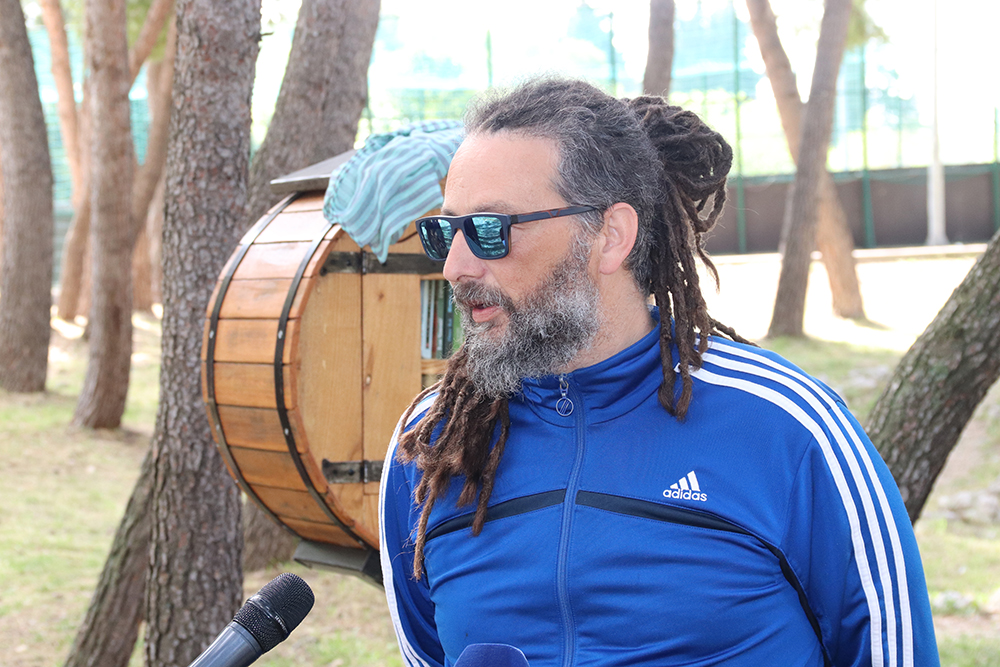 “As Šibenik is a city that is a friend of children, a city of young people, we want to see it become a city of culture, dispersing culture from the city centre to other parts of the city. This time we went to Rasadnik, which until recently was a neglected park and we are, with representatives of the neighbourhood, turning it into an urban living room. And I hope this is just one in a series of activities to spread culture,” Deputy Mayor Paško Rakić said. 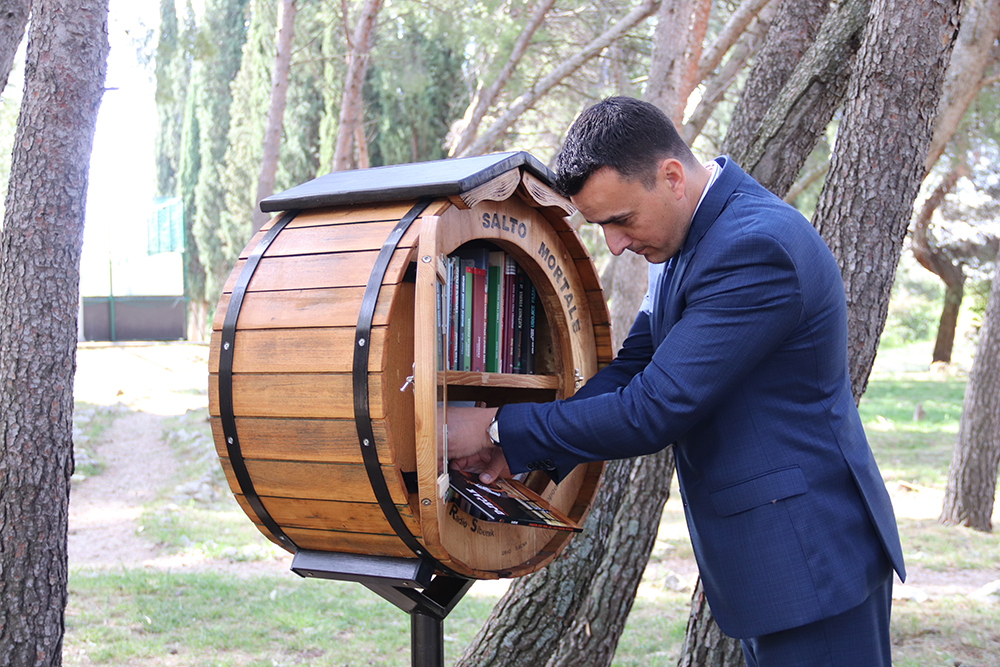 By setting up an open-air library, Radio Šibenik and the City of Šibenik joined the celebration of 2021 as the Year of Reading which was declared by the Ministry of Culture and Media. 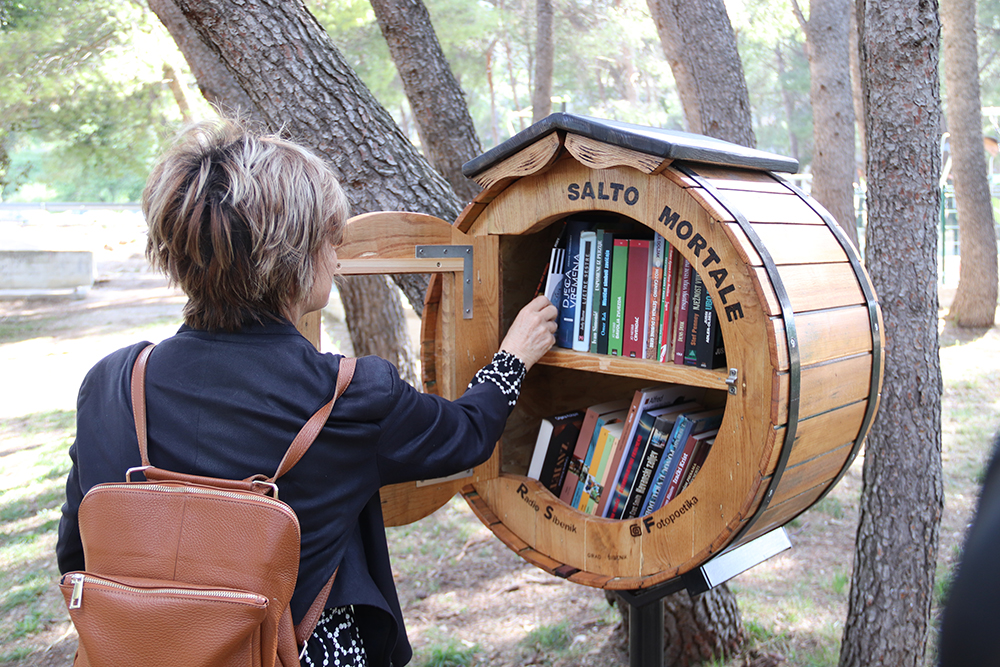 ‘Our wish is that as many of our fellow citizens as possible stay enjoy books as a favourite pastime, that children grow up with books and that those who have not yet – discover the charms of beautiful written words. We believe that this is a beautiful way, an overture to what may await us next year when the 100th anniversary of the birth of Vesna Parun, who indebted us with her deeds, will be celebrated. Also, this location was not chosen by chance because the idea is a dispersion of cultural and literary offer in the city, and this is the future intersection of students ‘roads in our city, given that the Palacin Student Center is being built nearby,’ said Snježana Klarić, producer of Radio Šibenik.