Home » News » ONE CROATIA: Croats worldwide unite to help those in need 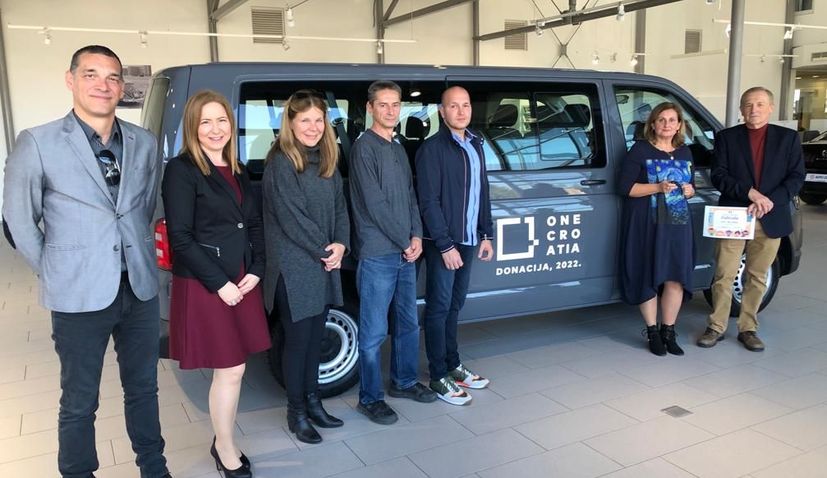 Donation of Minibus to Children’s Home in Sisak Brings to Close Successful Earthquake Relief Campaign Raising Over US$500,000

In the aftermath of the devastating earthquakes that struck Croatia, several Croatian associations from around the world came together to contribute to relief efforts. Others joined, leading to the creation of the “ONE CROATIA” initiative, which today includes more than 30 Croatian associations from Australia, Canada, Chile, Germany, Japan, Slovakia, the United Kingdom, the United States, and Venezuela, as well as from Croatia.

This week, ONE CROATIA brought to a successful close its earthquake relief efforts by donating a minibus to Children’s Home “Vrbina” in Sisak. The home, which cares for children without adequate parental care, was destroyed in the earthquake. At that time, the children were relocated to other towns in Banovina, thus losing not only their home, but also their community, playgrounds, and access to their city. 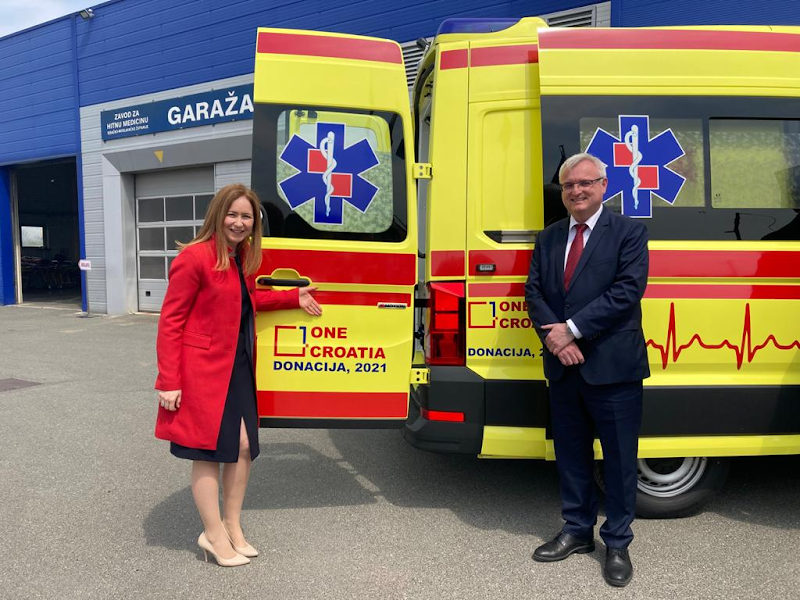 Synthia Dodig (on behalf of Canadian-Croatian Chamber of Commerce) and Don Markusic (president of ACAP Zagreb) delivered a fully-equipped ambulance to the Institute of Emergency Medicine in Banovina. The ambulance’s 4×4 wheel drive is capable of reaching hamlets in remote mountainous areas and is the first of its kind in the county (Photo: ONE CROATIA)

While they have now returned to a temporary facility in Sisak while their home is built anew, this donation is intended to address the needs of the children and will help transport them to sporting events, field trips, and summer camps. The donation was made possible through sizeable contributions from AutoZubak, Canadian-Croatian Chamber of Commerce, ACAP New York City Chapter, and Infinum Foundation, among many other individual contributions.

“With this donation, we exceeded our initial goal of delivering US$500,000 in earthquake relief,” said Ivan Grbešić, an executive director of the Canadian-Croatian Chamber of Commerce. “It is certainly gratifying to see Croats worldwide join forces and stand united, once again working together towards a common cause, in this case, helping those most vulnerable, and to do so in a transparent and accountable manner. We have reason to be proud.” 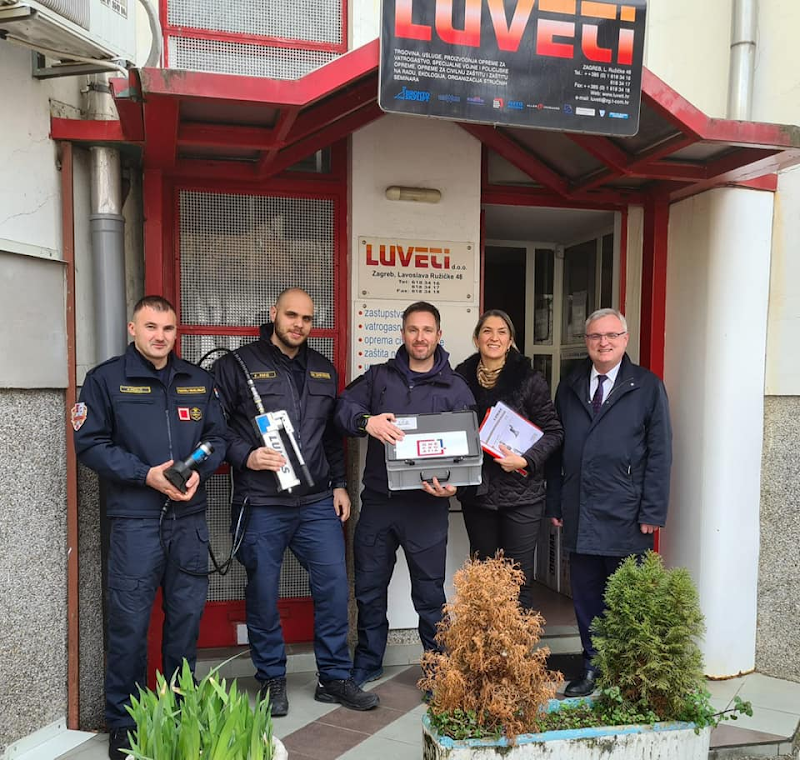 Petrinja firefighters and ACAP members are showcasing one of the donations to support the work of first responders in Banovina (Photo: ONE CROATIA)

Dr. Steven Pavletić, President of the Association of Croatian American Professionals (ACAP), added that “this donation exemplifies our commitment to not forget our own who are in need. Over the last couple of years, it has been our privilege to work with first responders and others who provide vital service, to learn about their important work, and to be able to make a meaningful impact in their ability to help others.” 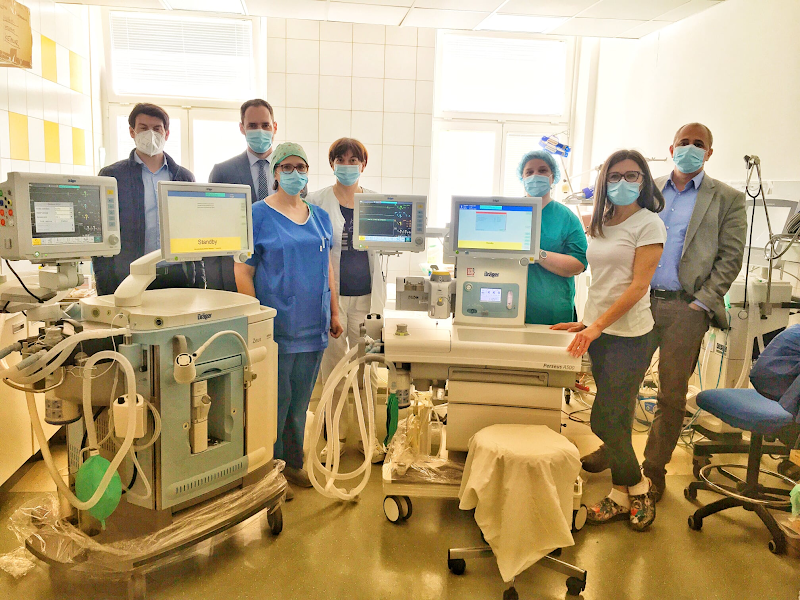 The staff of the General Hospital in Sisak is showcasing the state-of-the-art anesthesia machine donated by ONE CROATIA. This particular model is meant to be used in the treatment of the smallest of the small (i.e. preemies) and sickest of the sick patients (Photo: ONE CROATIA)

“In addition to previously delivering much-needed medical equipment to hospitals and protective equipment to volunteer firemen and structural engineers, we come out of the ONE CROATIA initiative with a strong worldwide network of Croatian associations that will be in a position to work together on other projects and continue to expand ties between Croats living abroad and those living at home,” concluded Antun Kresimir Buterin, president of MeetingG2. 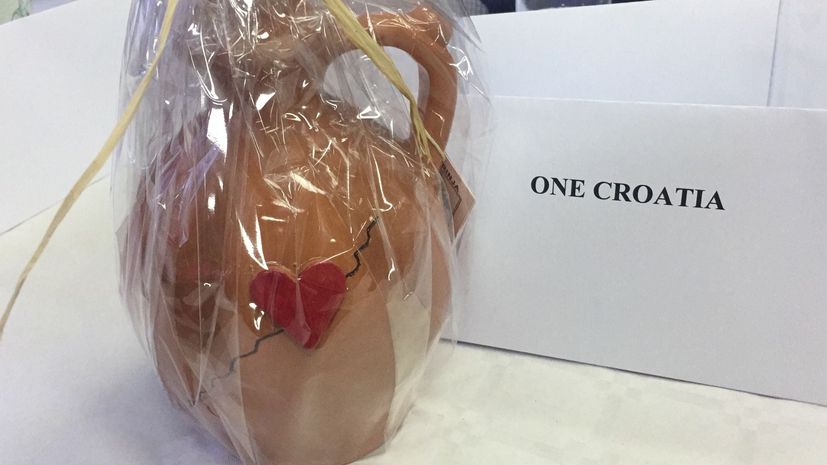 To learn more and to contribute, please visit: www.croampro.com/foundation