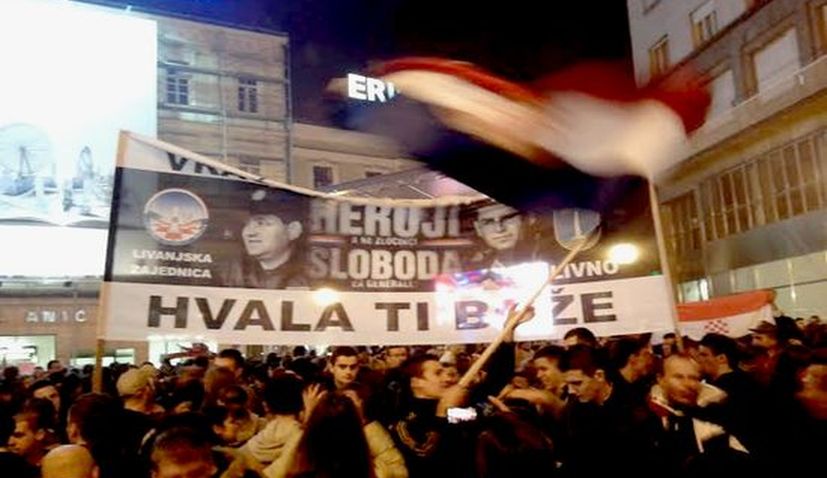 Scenes on the main square as the generals arrive back home

8 years ago today, on November 16, 2012, Croatian generals Ante Gotovina and Mladen Markač were freed by The Hague Court.

Judge Theodor Meron confirmed that the court had entered “a verdict of acquittal” and ordered the immediate release of the pair.

In mid-April of 2011, the court sentenced the two Croatian generals for war crimes, with Gotovina receiving 24 years, and Markač 18 years in prison.

After the verdict was announced the Croatian government sent its plane to the Netherlands to pick up Gotovina and Markač and they arrived at Zagreb’s Pleso Airport at 16:05.

More than 100,000 Croats gathered on Zagreb’s Ban Jelačić square to welcome them home. The crowd had been singing songs, waving flags, and celebrating since the early afternoon.

Gotovina and Markač addressed the crowd in the main square just after 17:30.

“We are happy that tonight we are together. This is our victory. We had put the dot on the “i” for the homeland war. The war belongs in history and it’s time to move on to the future. I want to thank the Croatian President, the Prime Minister, the Minister of Defence and Justice, and the Ministry of Foreign Affairs to the Embassy in Den Haag, and Croatian institutes that supported us. The future is in our hands, said Gotovina.

“I am happy that in the future every Croat in the world can say “we have our homeland and we freed it in a clean way”. In the world, we can proudly say “our homeland, Croatia”. Croatia is free. I want to thank everyone from the bottom of my heart, added Markač.

Gotovina and Markac then were guests at a mass held in their honour at Zagreb cathedral before meeting officials at the president’s office.