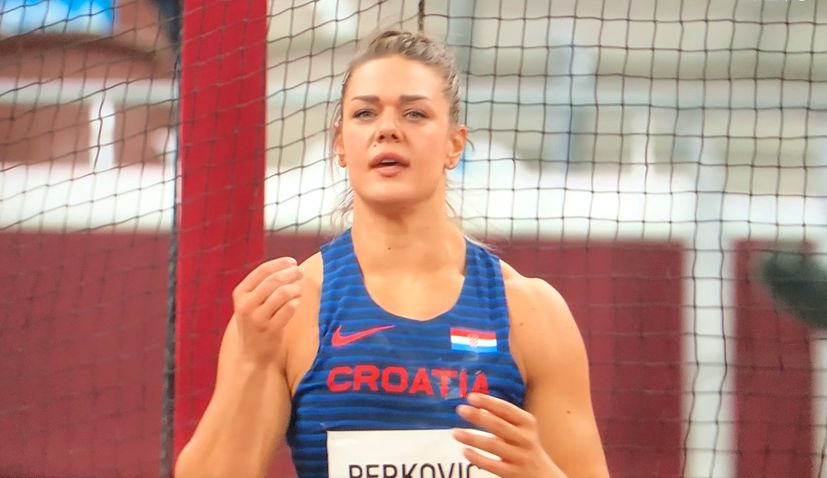 TOKYO, 2 August 2021 – Croatia’ Sandra Perković has failed to defend her Olympic gold medal in the women’s discus throw at the Tokyo Olympics.

Perković was aiming to claim back-to-back-to-back Olympic gold medals in the discus, but it was not to be her night in Tokyo in the final on Monday which was interrupted for an hour by rain.

On her first attempt of the night, Sandra would throw 62.53m. Her next attempt was a foul and her first attempt after the rain she threw her best throw of the final of 65.01m but it would not be enough for a medal and she would finish in 4th place.

Perković, who created athletics history in 2018 when she become the European champion for the fifth time in a row, won the gold medal at the Olympic Games in 2012 in London and in 2016 in Rio. The 31-year-old said after the final that this will not be her final Olympics.

“I can’t say I’m proud, I wasn’t at the level, this was an extremely tough competition from the start. I’m not looking for any excuse. Kudos to Allman, 69 meters under these conditions. I know I fought to the end. Tokyo, 12 years after my start of the Olympic cycle, I am still here and I was looking again to see if the last cycle would bring me a medal. Ever since I arrived here, something was not right. I hope this is not the end of my Olympic cycle, in Paris in three years I hope to be better, ” she said.

Croatia has won 7 medals in total at the Games so far in Tokyo, which includes three gold, two silver and two bronze medals.