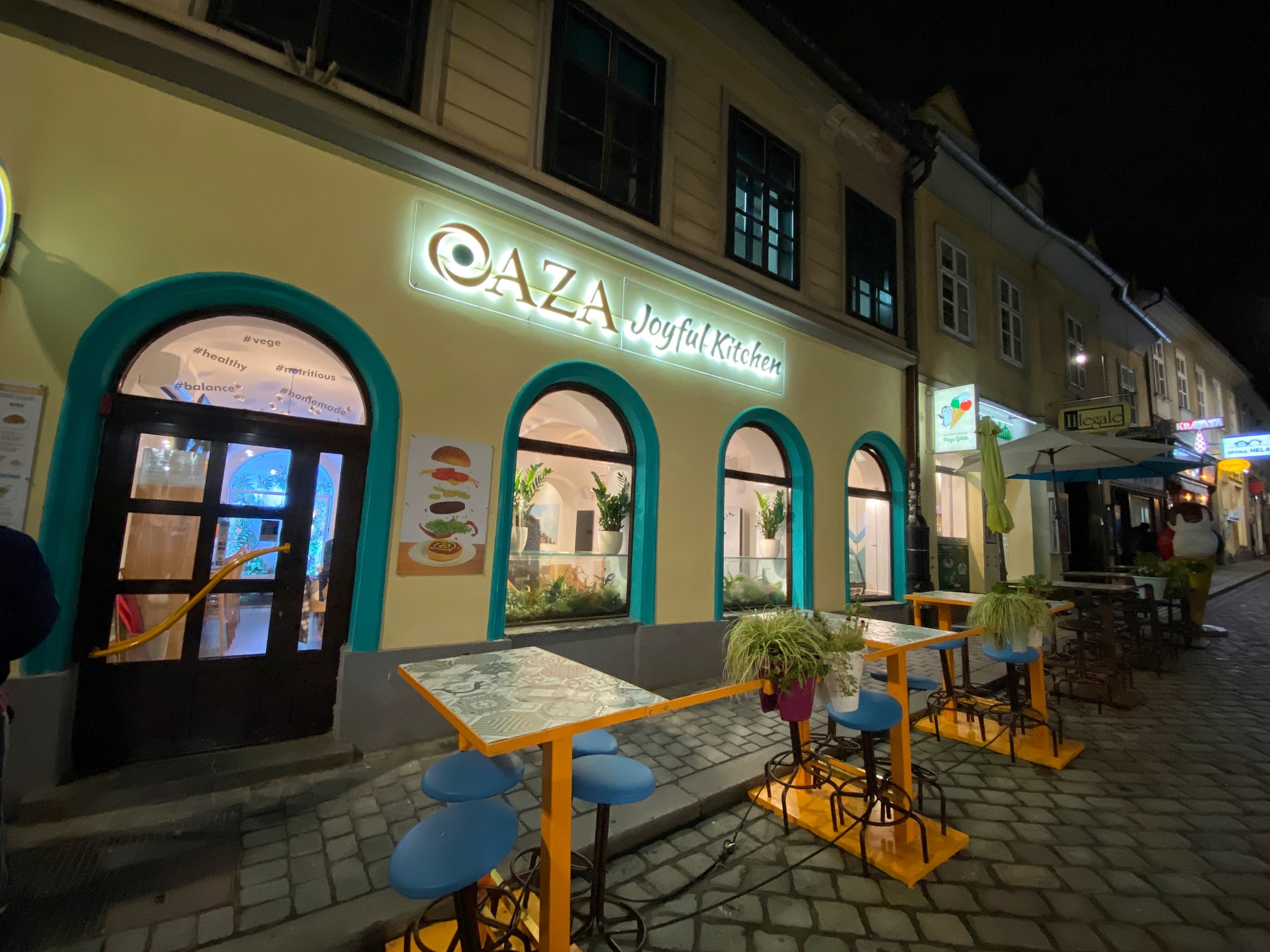 If you want to grab a meal that’s been prepared with love from nature, then you can check out a cool, new vegan fast-food restaurant in the centre of Zagreb.

Vegan fast food OAZA opened its doors two months ago in September in Radiceva street, and it offers a range of typical fast-food meals, all of them vegan and also including gluten-free options. If you’re not a meat lover, then OAZA is the place to escape to to survive the Christmas Markets when sausages and other meat products surround downtown Zagreb. 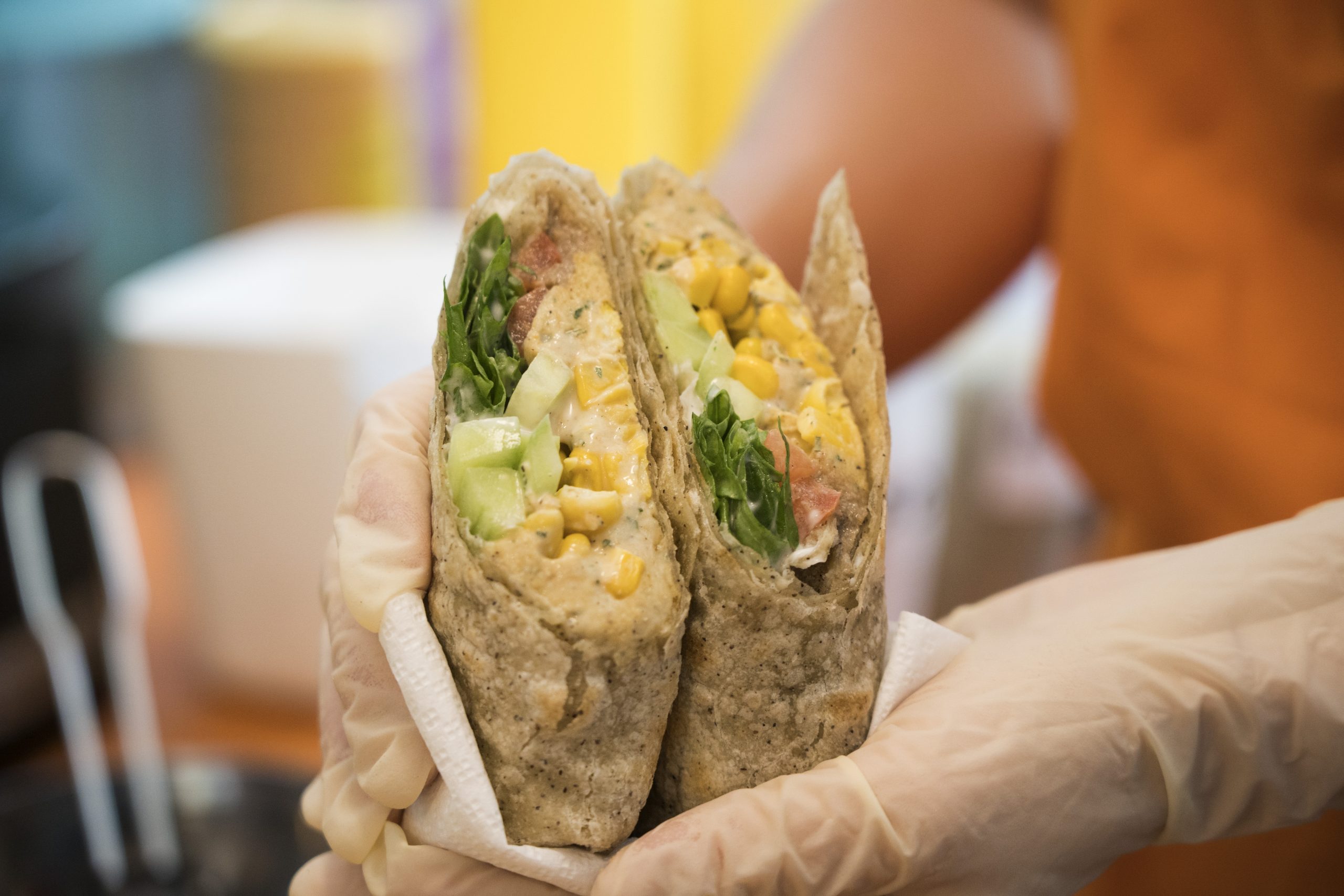 Among the present offer of burgers, wraps, and woks, I went for the most classic choice of a Lava burger and mango lassi. OAZA’s Lava burger is made with homemade buns, and the burger itself is a great mixture of chickpeas, brown rice, oat flakes, beetroot, and pepper, that comes with lettuce, tomato and cucumbers, all rounded up with a refreshing bite of Cayan pepper. The mango lassi is made of rice milk and mango juice. Both tasted yummy. 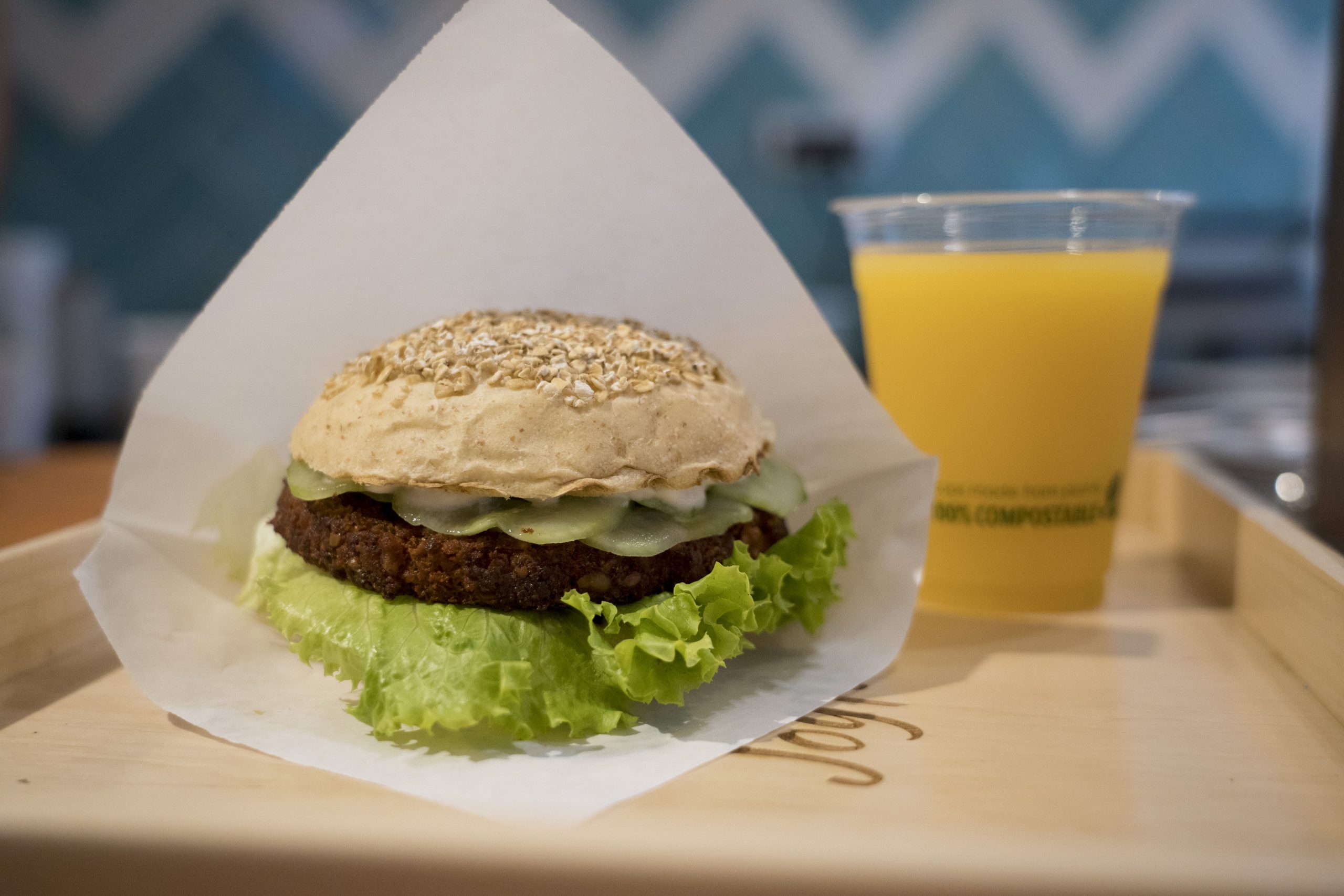 While I was enjoying my first fast-food vegan meal in Zagreb, the director and manager of OAZA, Goran Pejakovic, explained the idea behind this place. As a non-profit organisation, OAZA strives to promote ecological sustainability and social entrepreneurship. The space in Radiceva is divided into two parts – the restaurant and a hall able to receive 60 people, which is used for lectures and workshops. Together, it’s a unique space where seminars or conferences can be followed by healthy vegan cuisine. The good news is that all of the profit from this restaurant goes for free lectures for young people on how to become a social entrepreneur. Also, all the cups and cutlery used in this restaurant are biodegradable, so you can be sure your visit here won’t leave any toxic waste. 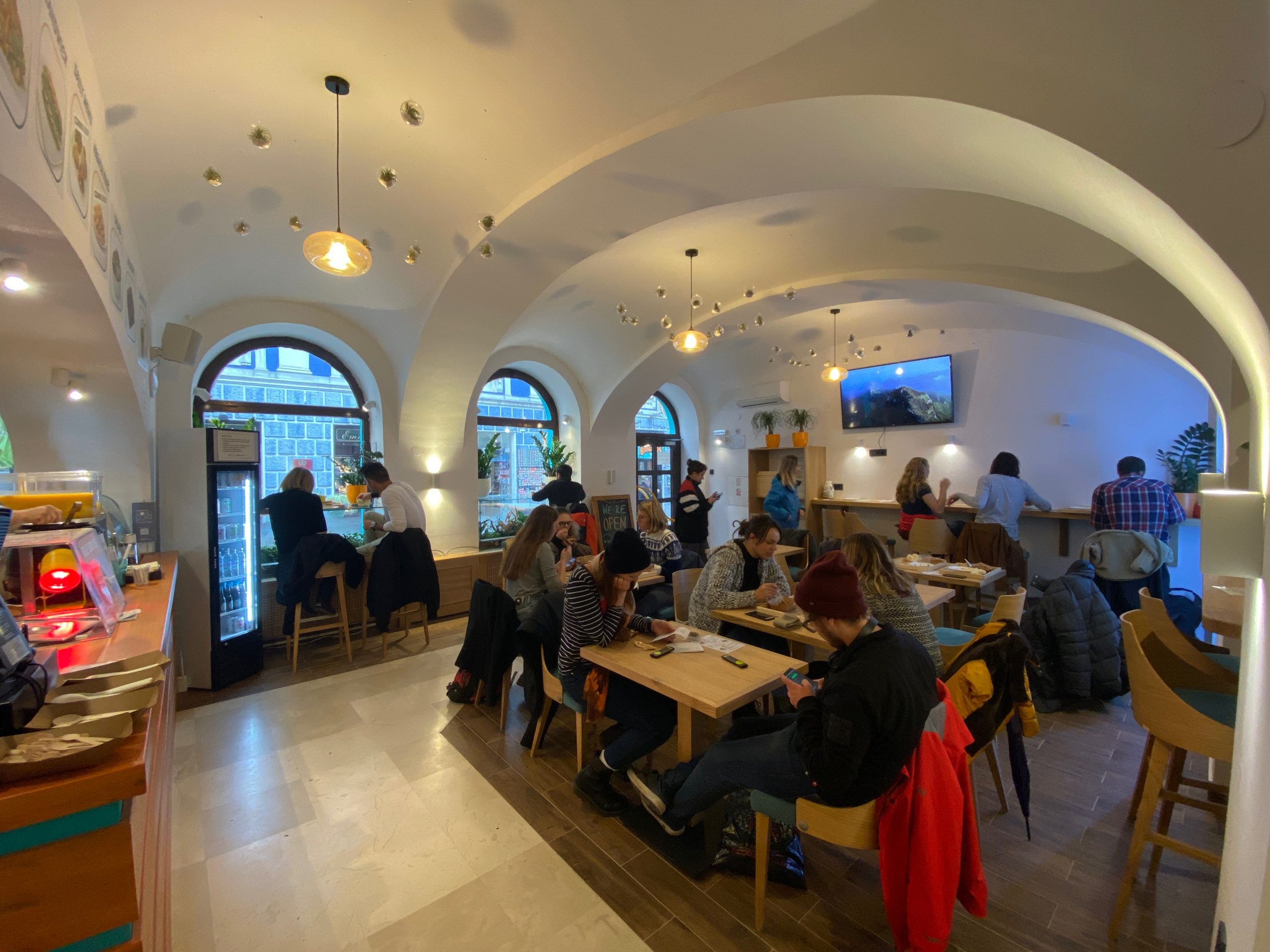 The staff employed in this restaurant are driven by the same goal and feel this place as their own. To be able to provide them with the most natural biorhythm, the restaurant closes at 9 o’clock in the evening. “We want this place to be a meeting point and community spot for people who share the same values, and we want them to feel at home here as well,” says Pejakovic. As its slogan says, it is a ‘joyful kitchen’.

With reasonable prices (up to 35 kunas for a meal or 28 for a smoothie), OAZA brings relief to all vegans or vegetarians who live or find themselves in central Zagreb, and, besides present offers, future plans include affordable menus that will satisfy every taste. 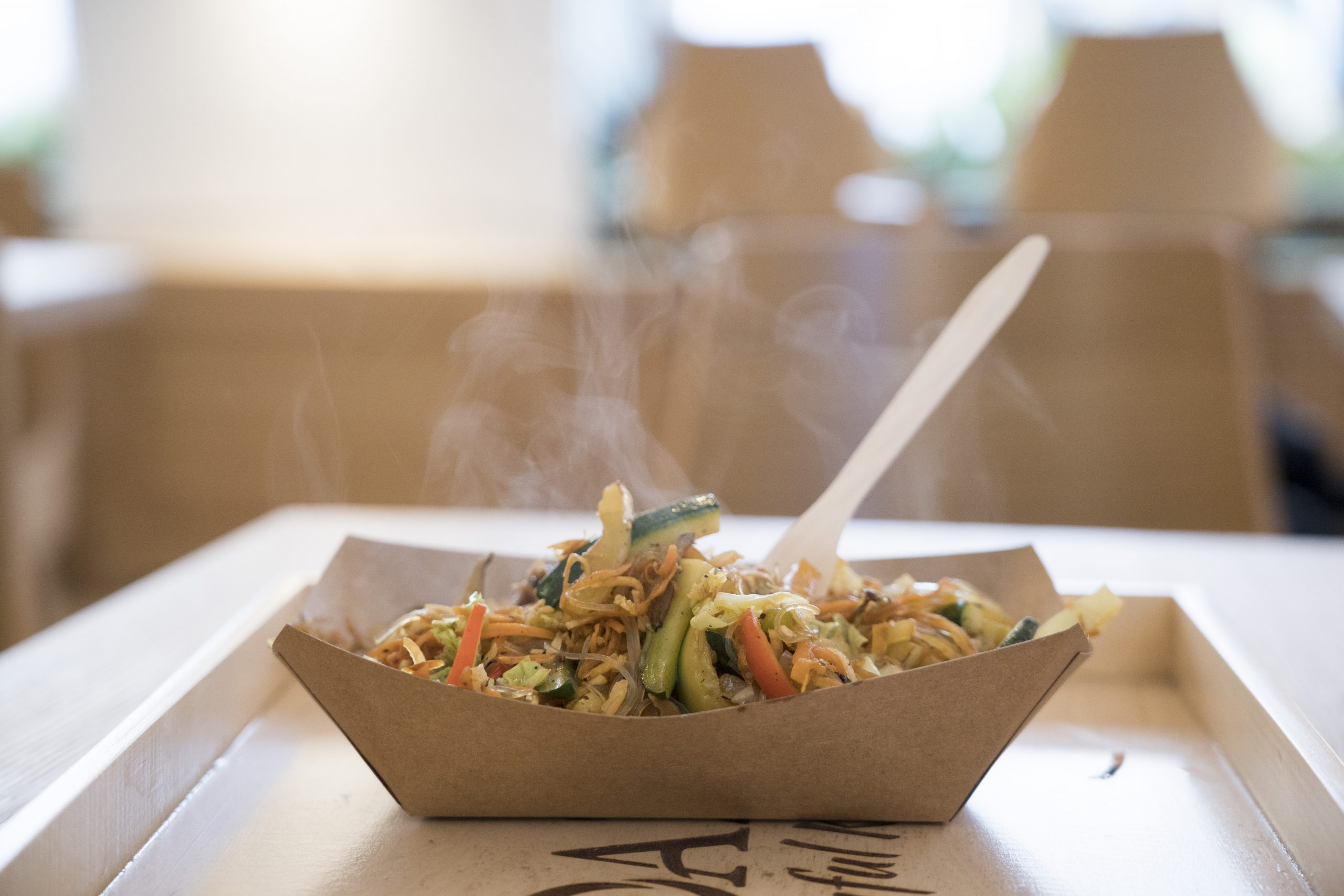 The place is tastefully decorated with plants, and three terrariums are made by the double world champion in aquaristics and terraristics, Petra Basic. Love for plants spreads here from the organisation’s office, which was presented to me by Filip Brnicevic, president of the non-profit organisation OAZA. 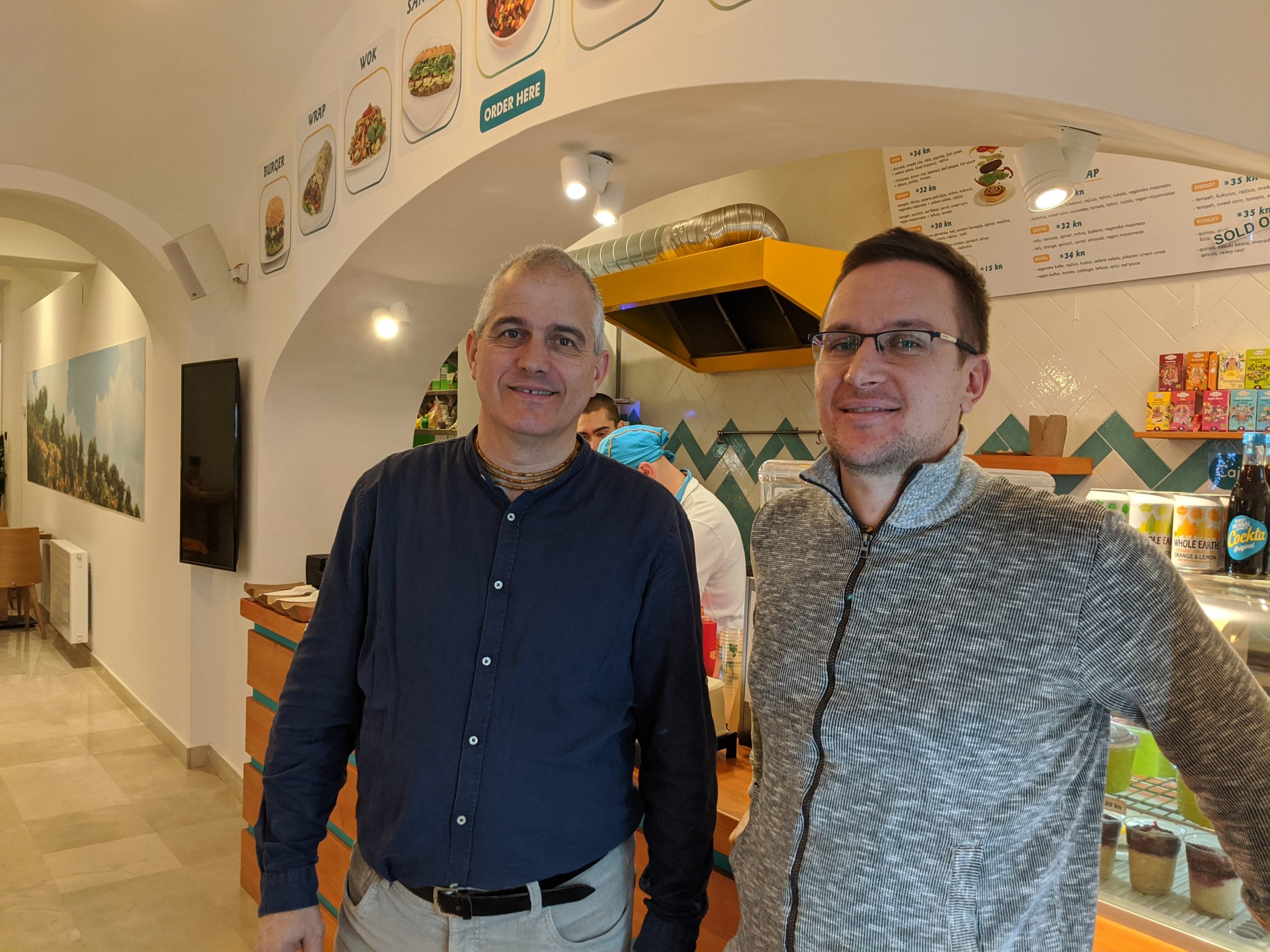 I haven’t seen an office as green as that. 170 plants inside and even more on the terrace show just how much these people are in tune with nature. While I was there, I met a chef and manager Thirumalai Dhayalan, who flew here from Soho, London, so he can help OAZA with his tips and experience. 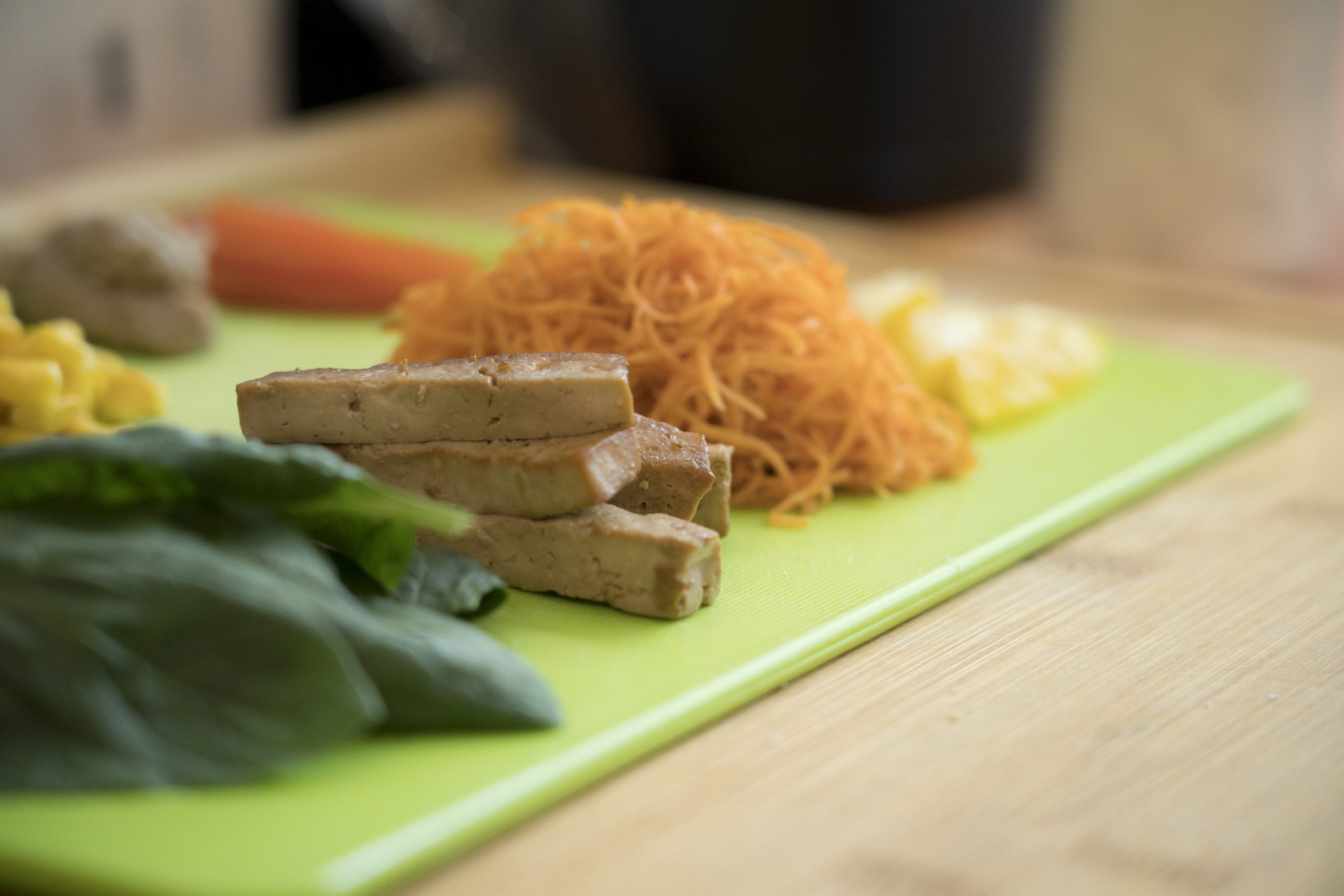 “I was active in a student organisation and tried to make a difference through other paths inside the system, but I realised I couldn’t accomplish as much as I wanted. Then I decided to show with my own example how socially responsible entrepreneurship works and teach young people about it. That’s how they will be able to build social responsibility in future,” said Brnicevic.