Renowned for her daring outfits, the rapper chose the Croatian designer for her number at last night’s awards.

Minaj, who has sold over 60 million singles and over five million albums worldwide, making her one of the world’s best-selling artists, performed “Majesty,” “Playtime Is Over” and “Fefe,” in a gold armor corset designed by Zigman. 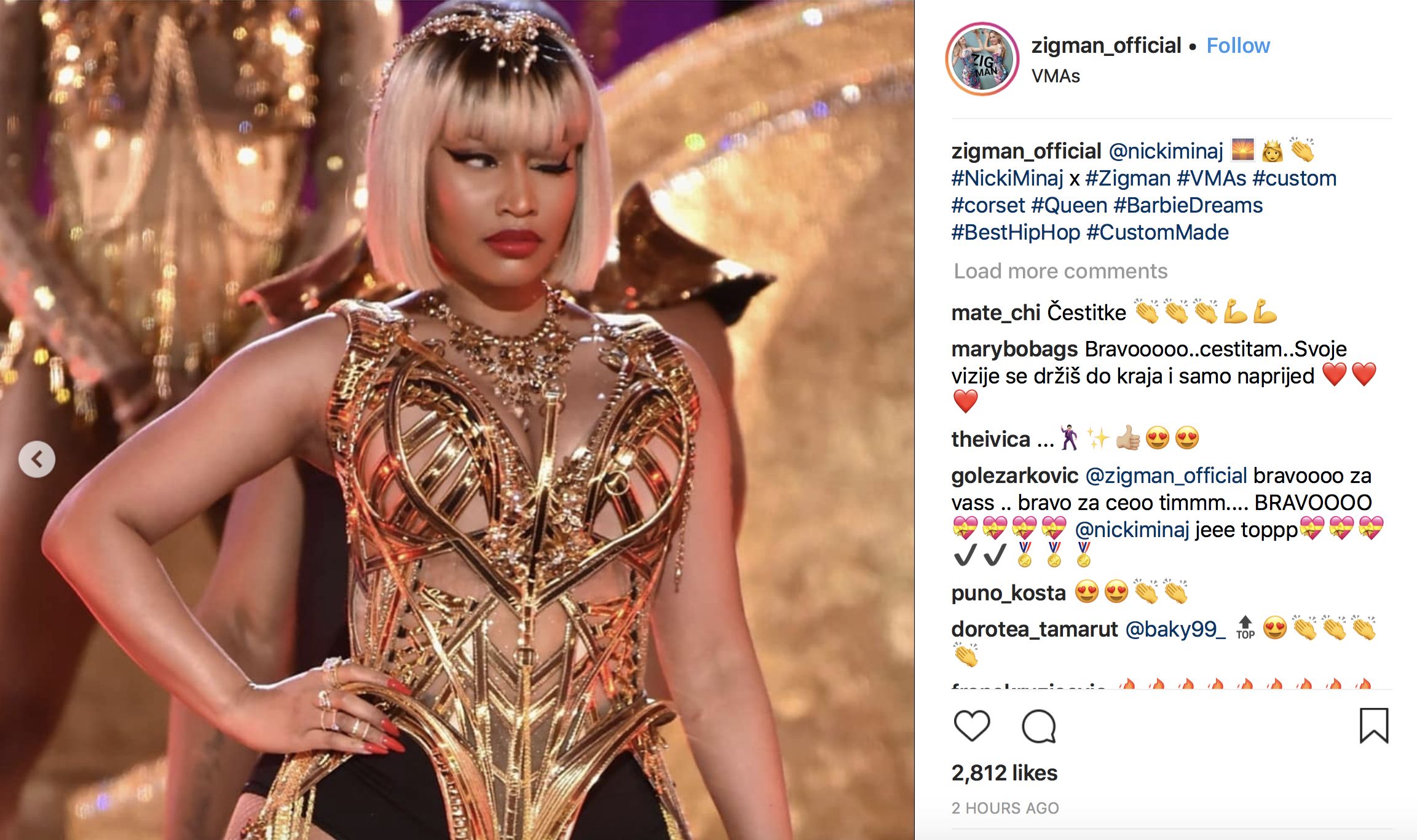 Brett Alan Nelson, Minaj’s stylist, says they always aim for “something that feels different from what everyone else is doing” and decided to seek out the Croatian designer to work on the royal-inspired ensemble.

“We really wanted Nicki to have a “Queen” moment,” Nelson, told Hollywood Reporter.

The result: A look that’s equal parts Egyptian and Victorian era, “mixed in with a little spice of Jamaican Dancehall,” says the stylist of the final look, featuring a cage-like golden bodice and boots.

Zigman whipped up the look in forty-eight hours and shipped it to New York, where it arrived the nick of time, on the morning of the show.

Minaj is the latest in a series of stars to wear Zigman’s design after Black Eyed Peas singer Fergie and Little Mix recently wore his creations on stage.