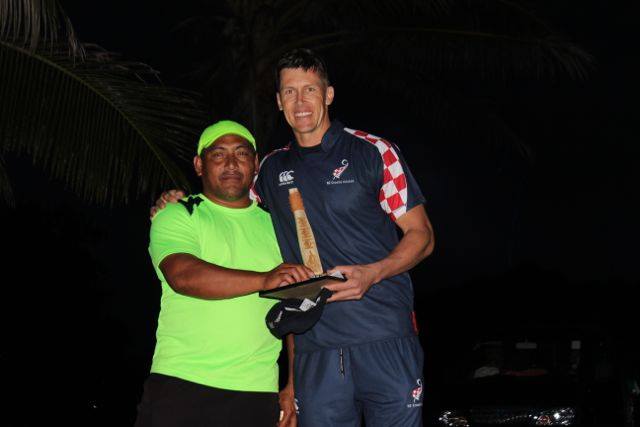 The side, in Rarotonga to play six matches against the national men’s, women’s and leading club sides this week, will also be involved in fostering and developing Cook Islands cricket at all levels through a week of coaching and promotional activities, which the team is conducting at no cost to their hosts.

“Cook Islanders are extremely passionate about cricket and play with a very special spirit. That has been overseen by Cook Islands Cricket CEO Alister Stevic, a tireless New Zealand sports administrator based in Rarotonga,” says Yovich. “After playing against them last year in an intense, exciting week of Twenty20s, we think they have real potential to achieve their goal of improving from their current ranking of eighth in the Pacific to fifth, and we’re here to help them achieve that ambition, which is significant to the level of ICC funding that they will then be eligible to receive.”

The 13-strong New Zealand Croatia squad has four players making their debut for the side, which is comprised of New Zealand cricketers of Croatian descent. One of these, young Suburbs New Lynn star Temapare Hodson, had connections to both countries as the son of former Silver Fern (and New Zealand-based Cook Islander) Joan Hodson, while seam-bowling allrounder Adrian Smith-Hodgson is well known to Northlanders as a City club veteran, and is the brother of Hamilton-based Dominic Smith-Hodgson who debuted for the globe-trotting side last summer in New Zealand.

The team won its tour opener yesterday against Pukapuka men at the Turangi oval after skipper Yovich led from the front with an outstanding 113 off 39 — his pyrotechnic T20 century coming off just 33 balls. New Zealand Croatia set the locals a handsome target of 261 after finishing on 260-6 in front of an absorbed hometown crowd. Pukapuka, who had won the right to play New Zealand Croatia by winning Cook Islands’ national “CIPL” title (Cook Islands Premier League), had put New Zealand Croatia on the back foot initially with two early wickets. 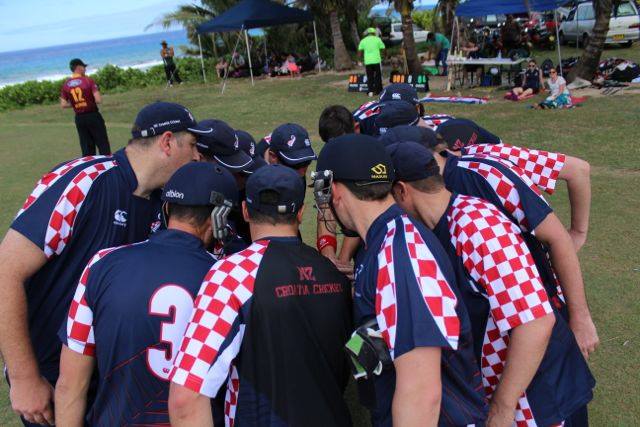 “Cook Islanders are renowned for their natural athleticism and dynamic, 100 per cent enthusiastic fielding,” said Yovich. “That was immediately apparent in the two early runouts, but we recovered quickly.”

Pukapuka’s top order strokemaker Patiia Ataela gave his side a chance with 62 off 27, but lacked enough support as Goodwin made regular breakthroughs to take 3-37 off his four, supported by 2-23 from Smith-Hodgson and tight, aggressive pace from Presland. The hosts fell short at 182-8. “Patiia hit the biggest six of the day, mind you!” says Yovich — who himself kept the crowd busy retrieving balls from the surrounding village. 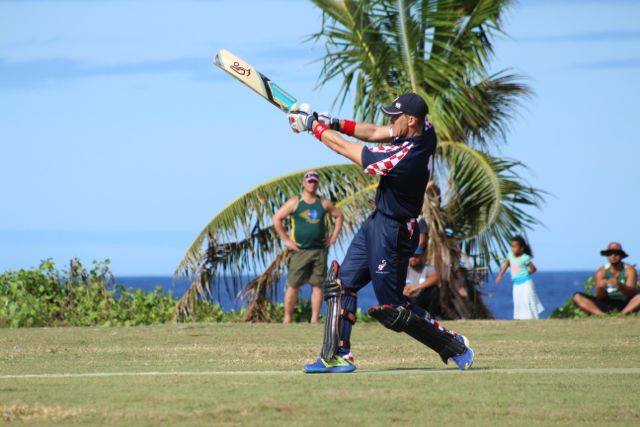 Yovich said it was a privilege for the one hundred per cent amateur club to be back in the Cook Islands after last year’s tour played a significant role in successfully launching the club, its concept of helping develop other sides and setting its own high standards of play. Led by its experienced core of international, professional and District Association players, the team was unbeaten on its maiden tour.

Yovich: “The Cooks’ players have been very pleased to see us back, regardless! It was certainly a memorable welcome for us, 2.00 a.m. at the airport and it felt like everybody involved in Cook Island Cricket was there in person to greet us.”

The tour will wrap up with a doubleheader on Friday at Rarotonga’s BCCI International Stadium, under lights.”