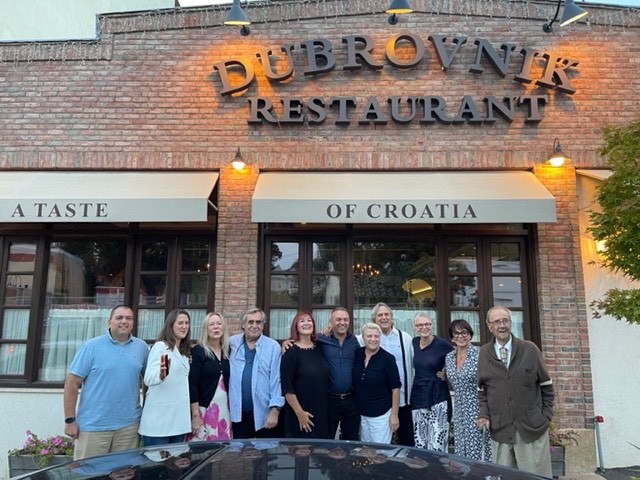 As part of her official visit to New York City, during which she met with a number of high-ranking representatives at the UN, the Vice President of the European Commission for Democracy and Demography, Dubravka Šuica, was warmly received by the member of the executive board of the American Croatian Congress Ane Stražičić Rodriguez (Ane Mljećka) and the members of the Dubrovnik NY Club in Restaurant Dubrovnik, whose owner is Željko Tomić from Dubrovnik.

Among the first is the traveling exhibition KRAVATA of influential Croatian women and Croatian expatriates, which will depart from Dubrovnik at the beginning of summer 2023 from the Rochester Institute of Technology Dubrovnik in order to visit all the world’s most influential universities, the UN and the EU with the desire to promote Croatian cultural heritage, KRAVATA, but as well as Croatian emigrants around the world who, through their activities, contributed to enriching the quality of life in the areas they immigrated to and thus also contributed to Croatia’s reputation in the world. 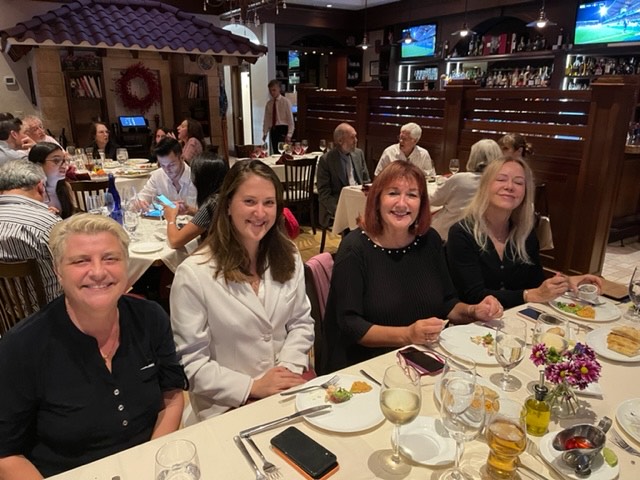 EC Vice President Dubravka Šuica and her guests enjoyed the specialties of the Dubrovnik Restaurant prepared by the excellent chef Srećko Žarak from Lopud, and the restaurant’s staff led by manager Matija Žarak made sure that they did not miss anything.

Restaurant Dubrovnik uses all Croatian products, from salt, spices, water and wine, in one word, everything from food and drink that is imported from Croatia.

The guests from Brussels were delighted not only with the welcome and the specialties, but also with the atmosphere of Restaurant Dubrovnik, and especially with the owner Željko Tomić and his family, who help and make sure that all guests are satisfied and feel as comfortable as if they were at home. Željko Tomić is one of the most successful Croats in NY and a great man, humanist and patriot. In addition to many businesses, he is the proud owner of the Croatian Restaurant Dubrovnik in NY, which he opened out of a desire to promote Croatian cuisine, especially Dalmatian and Dubrovnik. 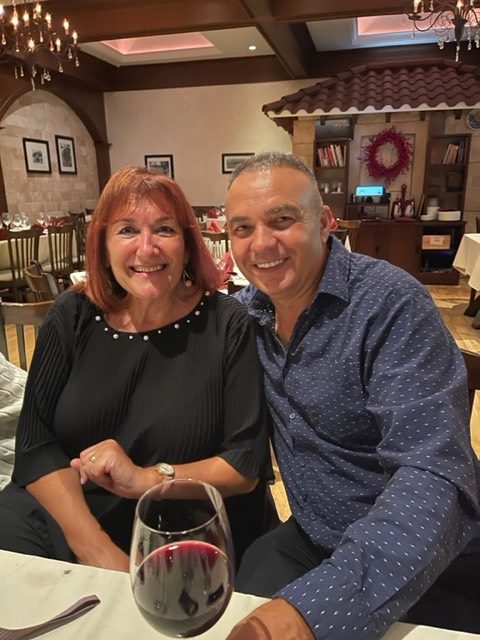 Restaurant Dubrovnik is a real little Dubrovnik, a real little Croatia, where many Croatian parties, humanitarian dinners, St. Blaise’s Festivals, Croatian National Day are organized, where Željko selflessly helps and jumps in wherever needed. Croatian Radio in NY also helps with its donations – Voice of Free Croatia, Croatian Schools and entertainment in the Croatian Community in NY. He also showed his humanity at the very beginning of the global COVID crisis, which first affected New Rochelle, where his restaurant is located, by donating food to those who were on the front lines, hospitals, firefighters and police.

Since Restaurant Dubrovnik is very popular among Americans who enjoy Croatian cuisine not only in New York but throughout America, it is known as one of the best Croatian restaurants in America. “Whenever I organized feštas that were humanitarian, independently or under the auspices of the American Croatian Congress, he always came to meet me and helped me to make our fundraising as successful as possible with minimal prices and a large donation. Restaurant Dubrovnik is the first restaurant in NY that first started promoting Croatian cuisine in America, where I proudly had the first promotion of my cookbook “U Komin Ane Mljećka – Traditional Cuisine From the Dubrovnik Region!” says Ane Strazicic Rodriguez (Ane Mljećka) PR American Croatian Congress.