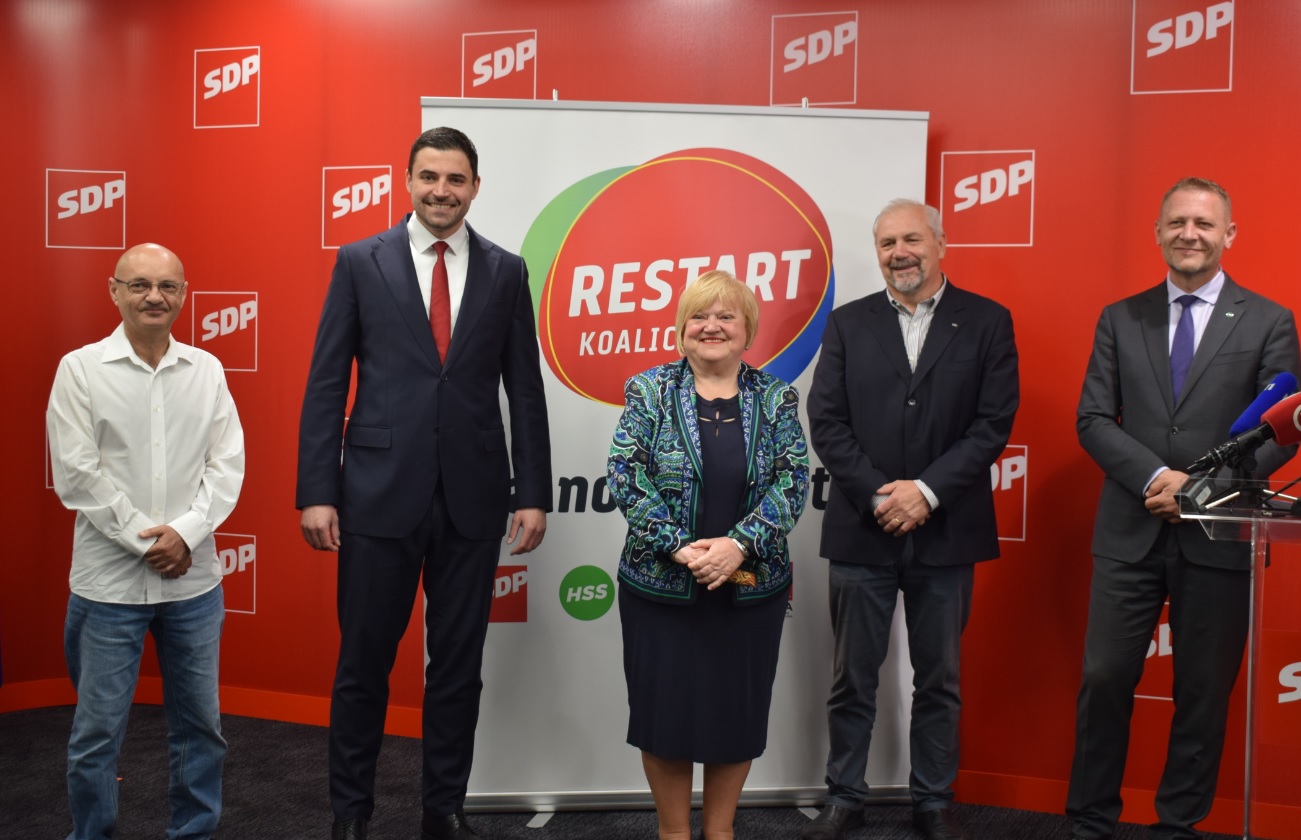 ZAGREB, May 9 (Hina) – Leaders of five opposition parties on Saturday presented their coalition for the forthcoming parliamentary elections, which are expected in July, announcing a new start for Croatia.

“Our name is our programme,” Bernardic told a press conference. “We want to write a totally new book. We want a completely new start for Croatia which will have a future. We believe in a new policy, a policy of sincerity, courage and trust,” he added.

Bernardic said that if they came to power they would reduce the number of government departments, the number of counties and municipalities, and implement the necessary reforms, particularly in the judiciary and education.

“We will restore the citizens’ trust in the system and institutions,” he stressed.

Mrak Taritas said that they would defend the country against the ruling Croatian Democratic Union (HDZ).