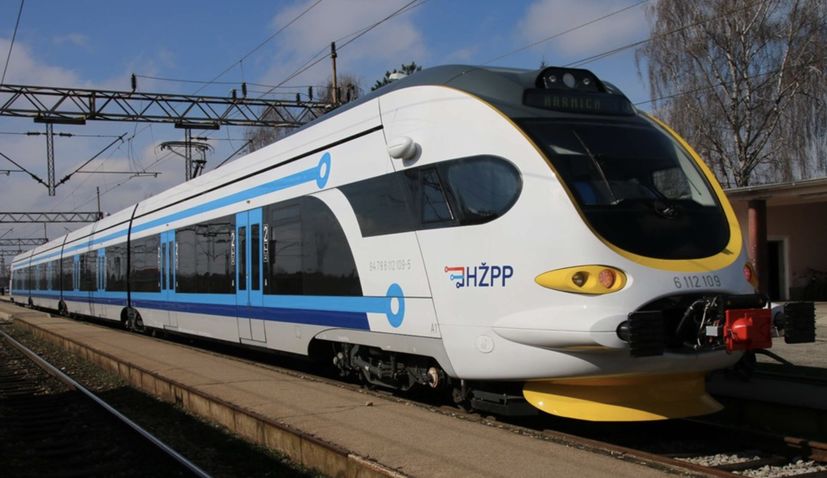 ZAGREB, Sept 21 (Hina) –  A grant agreement worth slightly more than one billion kuna for the procurement of 21 new, electric low-floor trains for the HZ Putnicki Prijevoz railway transport company as part of the EU’s 2014-2020 Competitiveness and Cohesion programme, was signed in Zagreb on Monday.

The acceptable project cost totals HRK 1.03 billion, and 85% or HRK 880 million will be grants from the EU cohesion fund, while 15% of the funding will come from the state budget.

Of the 21 new, low-floor trains, 11 will be used for commuter transport and 10 for regional transport.

The new trains will be able to develop a speed of up to 160 kilometres per hour.

They will also be suitable for the transport of disabled persons and cyclists and will have free Internet access.

Currently, those investments amount to around €1.5 billion, he said.

As for the purchase of the 21 electric trains, the minister said that the process of public procurement was nearing completion and that an offer had been made by a Croatian company. According to unofficial sources, the company in question is TZV Gredelj.

Butkovic noted that the first new trains would be delivered in July 2021 and that by 2024 around 60% of the HZ Putnicki Prijevoz rolling stock would be renewed.

The minister claims that HZ Infrastruktura railway maintenance company, also part of the state-owned HZ railway operator, is implementing major projects but that there is also room for its restructuring, just as in the case of HZ Putnicki Prijevoz.

HZ Cargo is in the most difficult situation, he said, noting that solutions were being sought to stabilise the situation and find a strategic partner.

The railway sector will have the green light to seek money from the EU’s recovery fund, he said.

Regional Development and EU Funds Minister Natasa Tramisak, who also attended the signing ceremony, said that in the programming period 2014-2020 more than HRK 10 billion had been secured from the Operational Programme “Competitiveness and Cohesion” and that most of that amount had been invested in railway infrastructure.

She said that she expected at least the same amount in the next financial period, as well as an increase in funding from the EU’s Recovery and Resilience Facility.