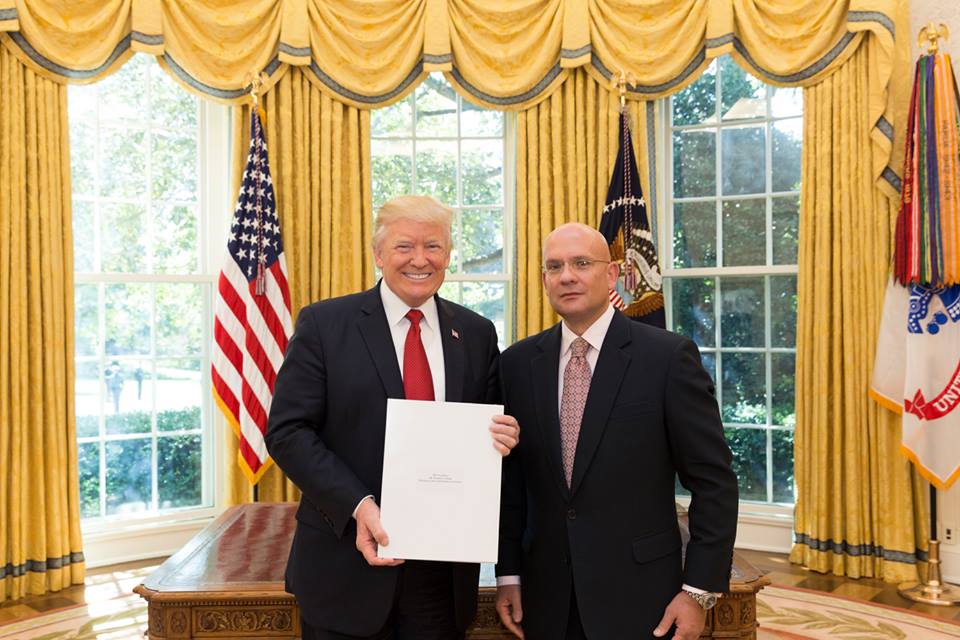 Šimunović presented his credentials at the White House on 8 September 2017, thereby commencing his term of duty as Ambassador Extraordinary and Plenipotentiary of the Republic of Croatia to the United States.

During the White House Credential ceremony, Ambassador Šimunović has conveyed the intent of the Republic of Croatia to further strengthen the alliance between the two countries, the Croatian Embassy in Washington D.C said.

Šimunović was born in Split in 1962 and completed a BA in comparative literature and Italian language and literature. He went on to work as an international journalist. He attended the Fondation Journalistes in Paris and was a journalist and producer at the BBC.

He obtained a master’s degree in war studies at King’s College in London and on his return to Croatia, he was deputy head of the Department of Analytics at the Ministry of Foreign Affairs. In March 2000 he became the first secretary and advisor at the Croatian Embassy in Paris.

Since March 2004, he was a national coordinator for NATO, then moved to the Ministry of Defense to become the Director of Defense Policy and State Secretary four years later. He was then appointed the ambassador to Israel, writes Dnevnik.hr.

The new Croatian ambassador to the United States speaks English, French, and Italian.