Miss Croatia, 23-year-old Mirna Naiia Marić, has been in the United States for almost a week going through a series of preparations ahead of this weekend’s Miss Universe pageant.

The 177 cm-tall, Zadar-born former model is representing Croatia at the Miss Universe pageant 2020 which takes place on Sunday, May 16 at Seminole Hard Rock Hotel & Casino in Hollywood, Florida after being postponed last year.

Mirna’s National Costume is made by well known Croatian designer Matija Vuica. Vuica says the national dress has its own story about Croatia — a small country on the surface, but rich and luxurious when looking at its cities, villages, nature and history. The dress features mirrors showing ‘beautiful Croatian cities to which we invite people to come and visit’.

‘This costume was inspired by the mirrors on the traditional gingerbread heart. It was once customary for the heart to be given to someone as a token of love. If their face appeared in the mirror, the couple was a match,” the commentator said as Mirna paraded the dress. 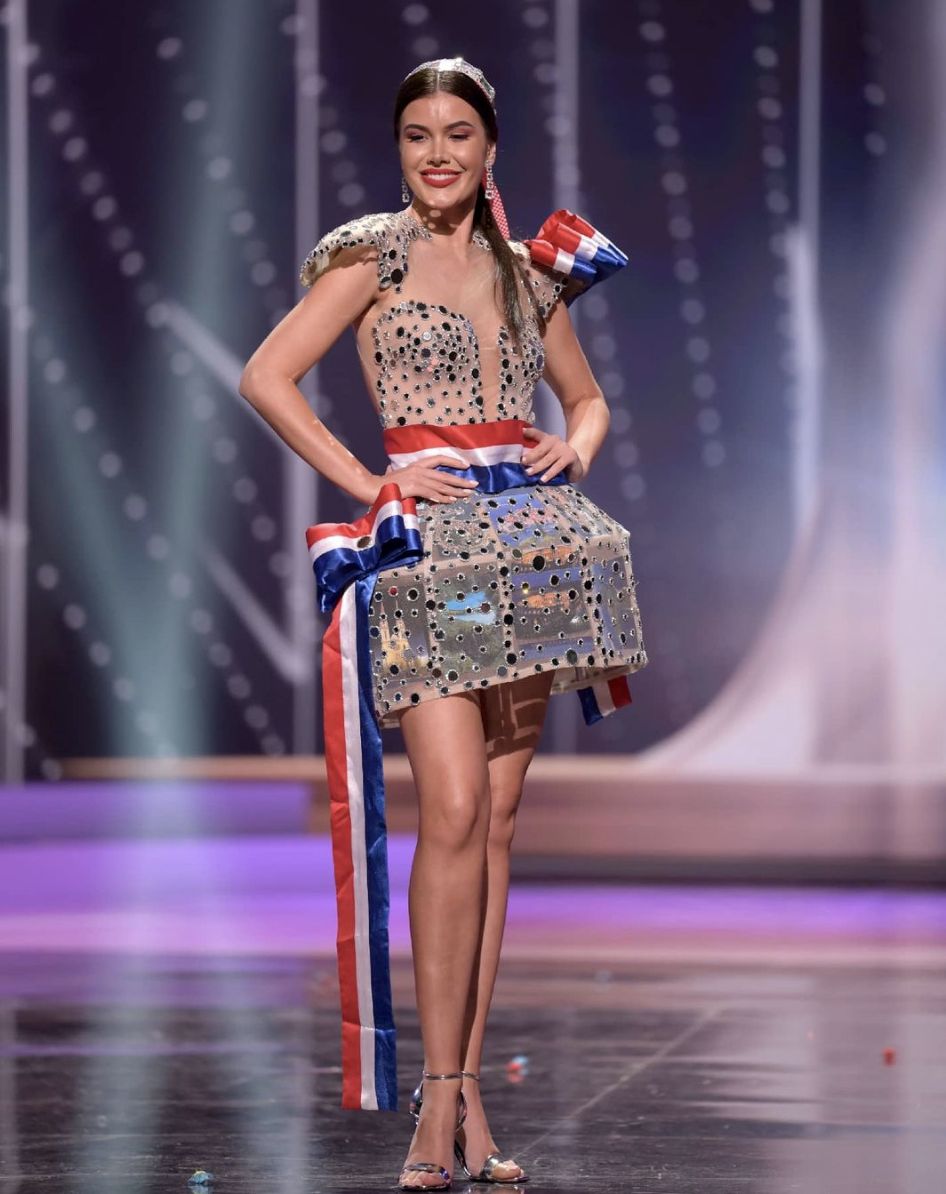 Mirna, who speaks fluent English and Italian and graduated from the School of Applied Arts and Design in Zadar, will be up against contestants from 74 countries and territories on Sunday.

The event will be hosted by Mario Lopez and Olivia Culpo. Zozibini Tunzi of South Africa will crown her successor at the end of the event.

You can watch last night’s National Costume Show in the video below. Miss Croatia starts at 21:50.