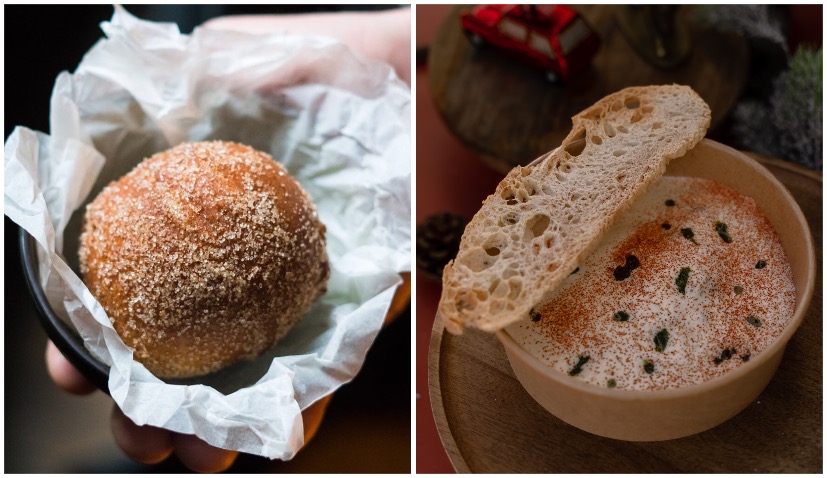 Zagreb’s most popular Advent event – Fuliranje – has retuned this year to Strossmayer Square and its street food offering is bigger and better than ever.

At Fuliranje foodies can enjoy a number of favourite Croatian dishes made with a street food twist, like sarma, bakalar and fritule.

We have singled out some tasty treats you should check out.

With few new and exciting additions to the menu Picnic has managed once again to stir our imagination, and that goes well beyond having the most impressive Nutcracker statue on Strossmayer Square.

Picnic’s deconstructed sarma takes the most popular winter dish to the next level. Sarma is disassembled just to be resurrected as a perfectly balanced composition of smoked ragu, homemade pickled cabbage, homemade pickled cucumbers, potato foam, parsley oil with a sourdough focaccia cracker. 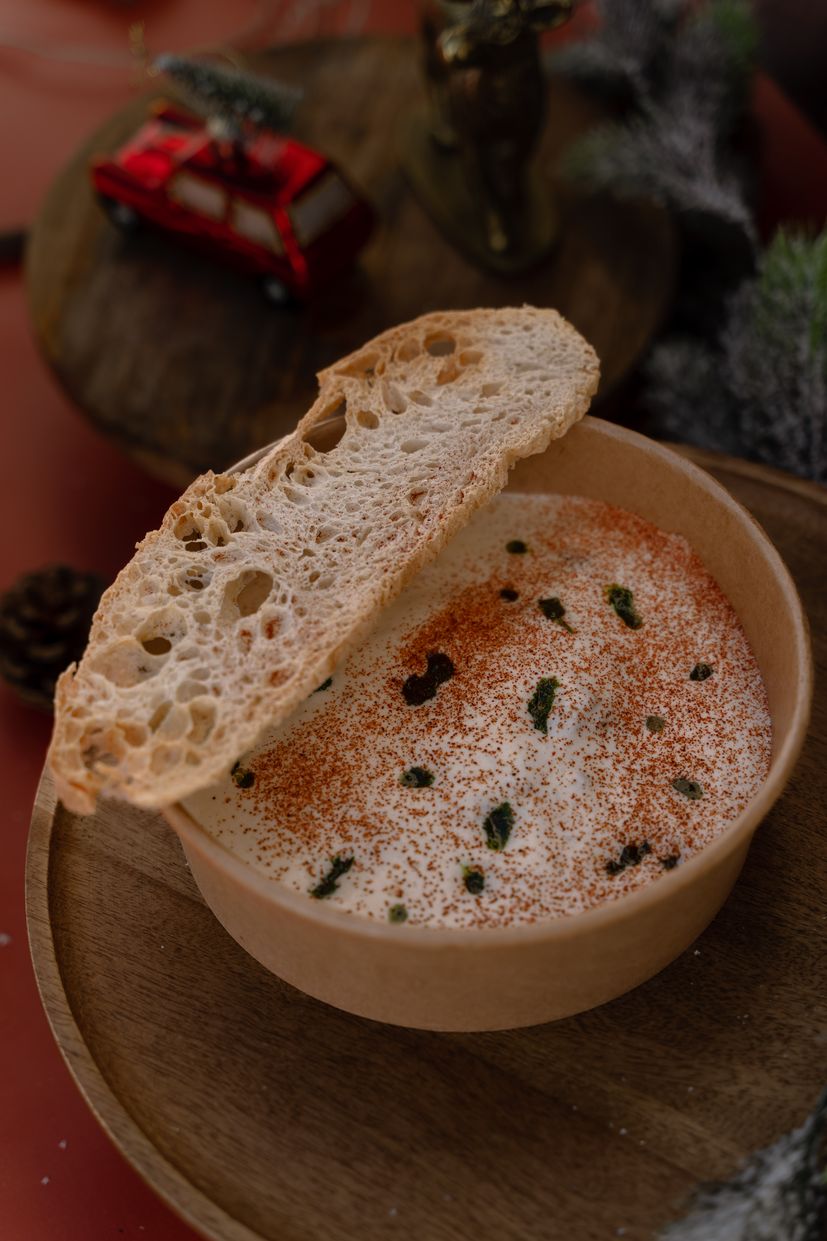 The other must-try from our long Picnic list reimagines another winter treat that is traditionally eaten in Croatia on Christmas Eve. Crispy from the outside, rich in flavour and strong in taste, their Bakalar (cod) Strudel may well become our favourite Christmas snack. 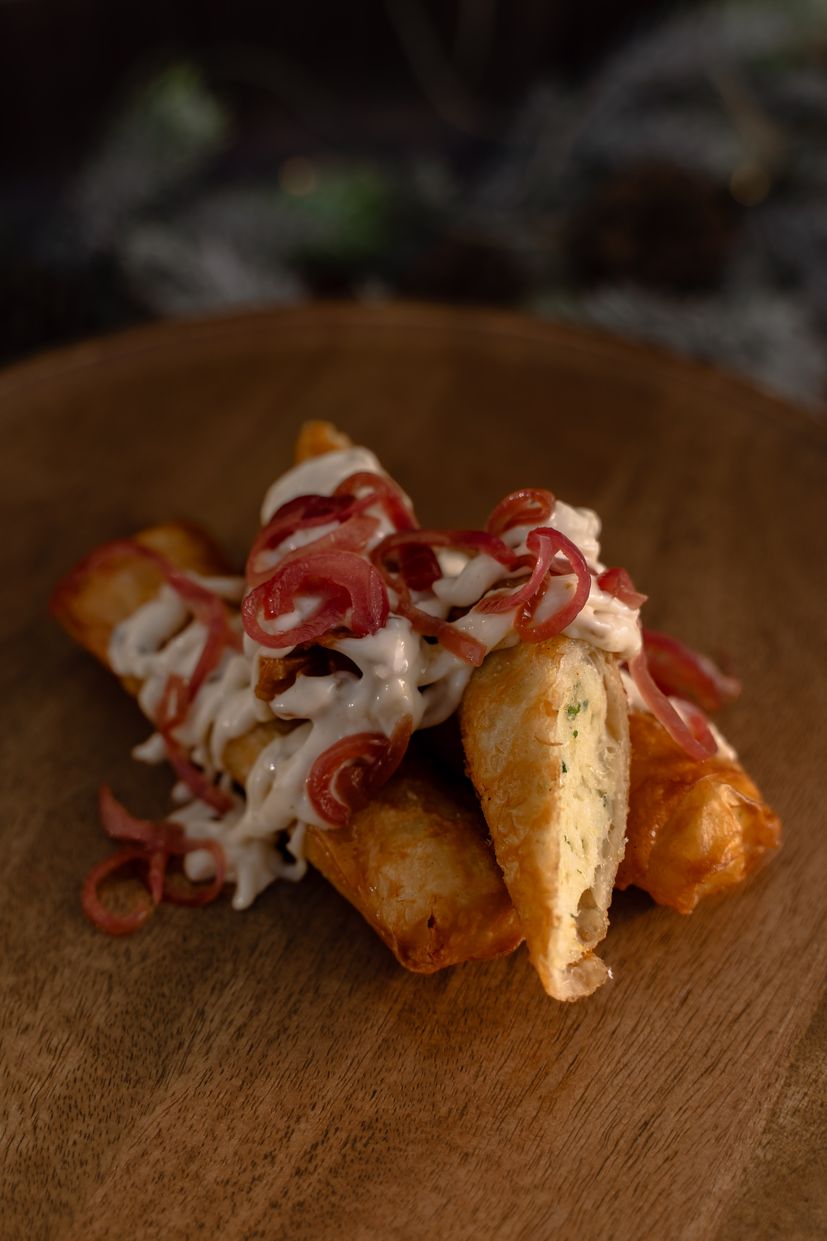 Picnic also captured our tastebuds with their soft beef cheeks, slow-cooked for over 16 hours, in a bun topped with a refreshing coleslaw salad with apple, bbq-mayo sauce, scallions and crispy cheese chips. 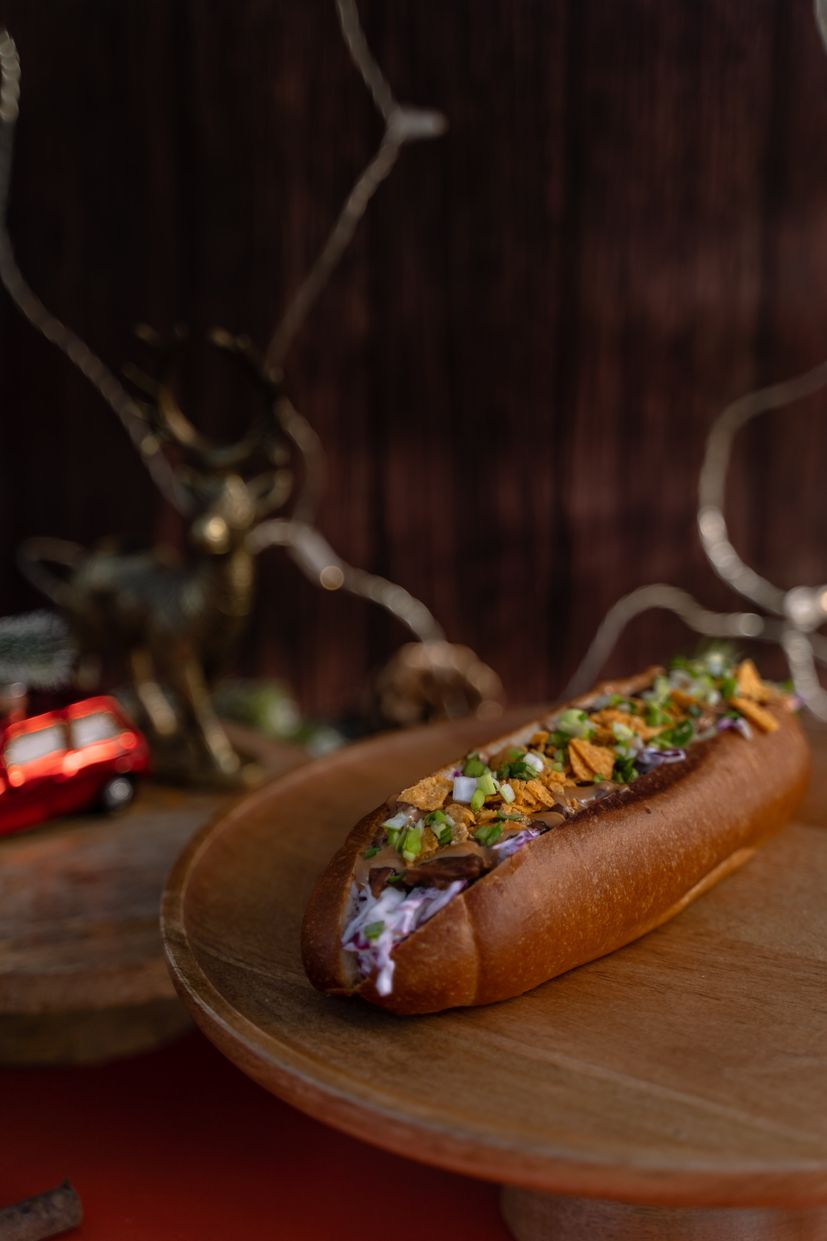 Picnic means business when it comes to presenting us with exciting food and reimagining traditional dishes.

The number of portions is limited so make sure you get there on time and grab your plate.

Popular Croatian chef Mate Janković’s take on the classic sausage in a bun is something worth trying as he punches up the Christmas favourite with quality ingredients.

All in a tasty, soft brioche bun, you can try a number of different sausages like Kranjska with cheese, Debreceners, Frankfurters with veal meat, Bavarian and a tasty turkey wurst option with French salad. They all come with different toppings and sauces. 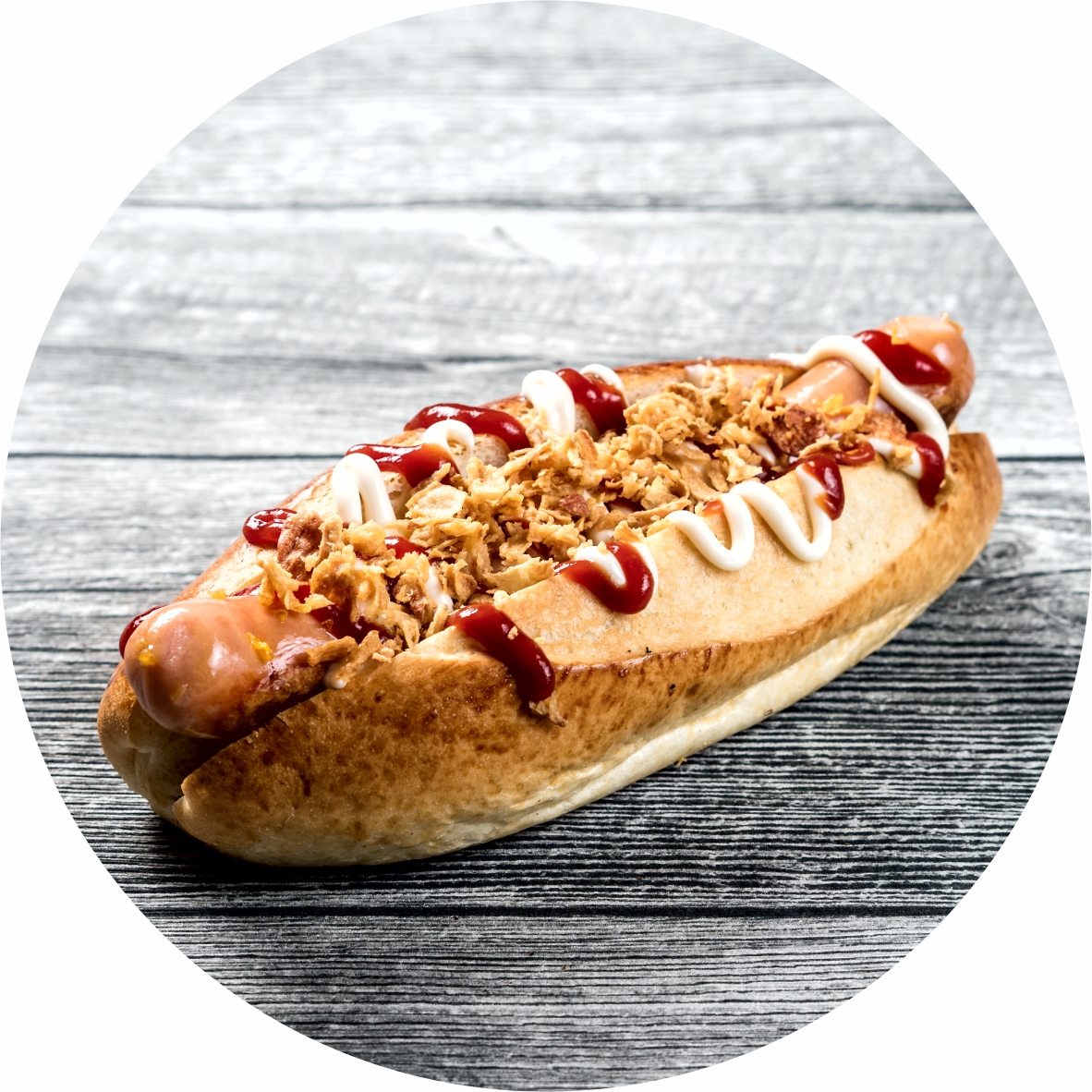 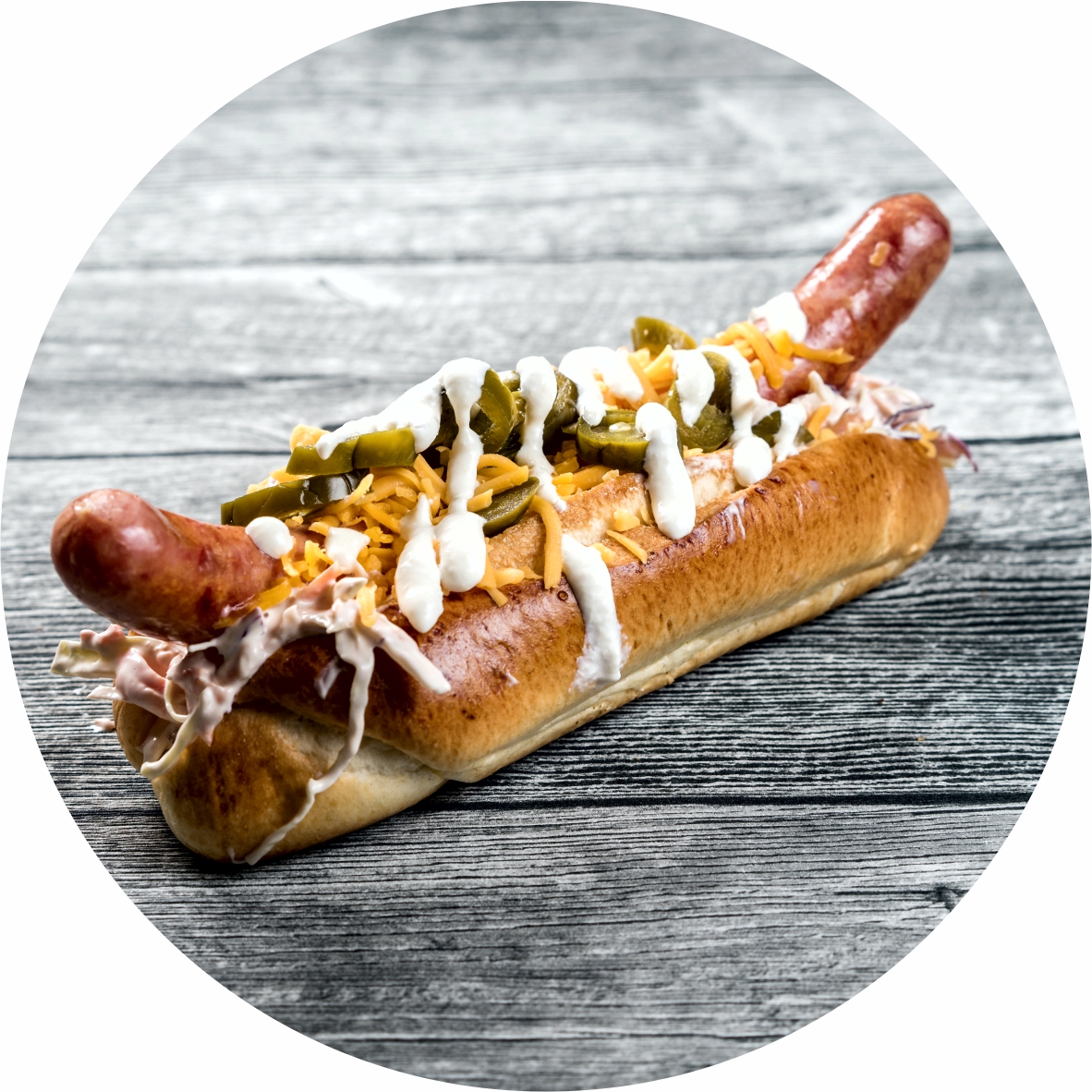 Our pick is the Kranjska with cheese topped with coleslaw, their own special pickled beetroot, crispy fried onions and honey-mustard sauce. 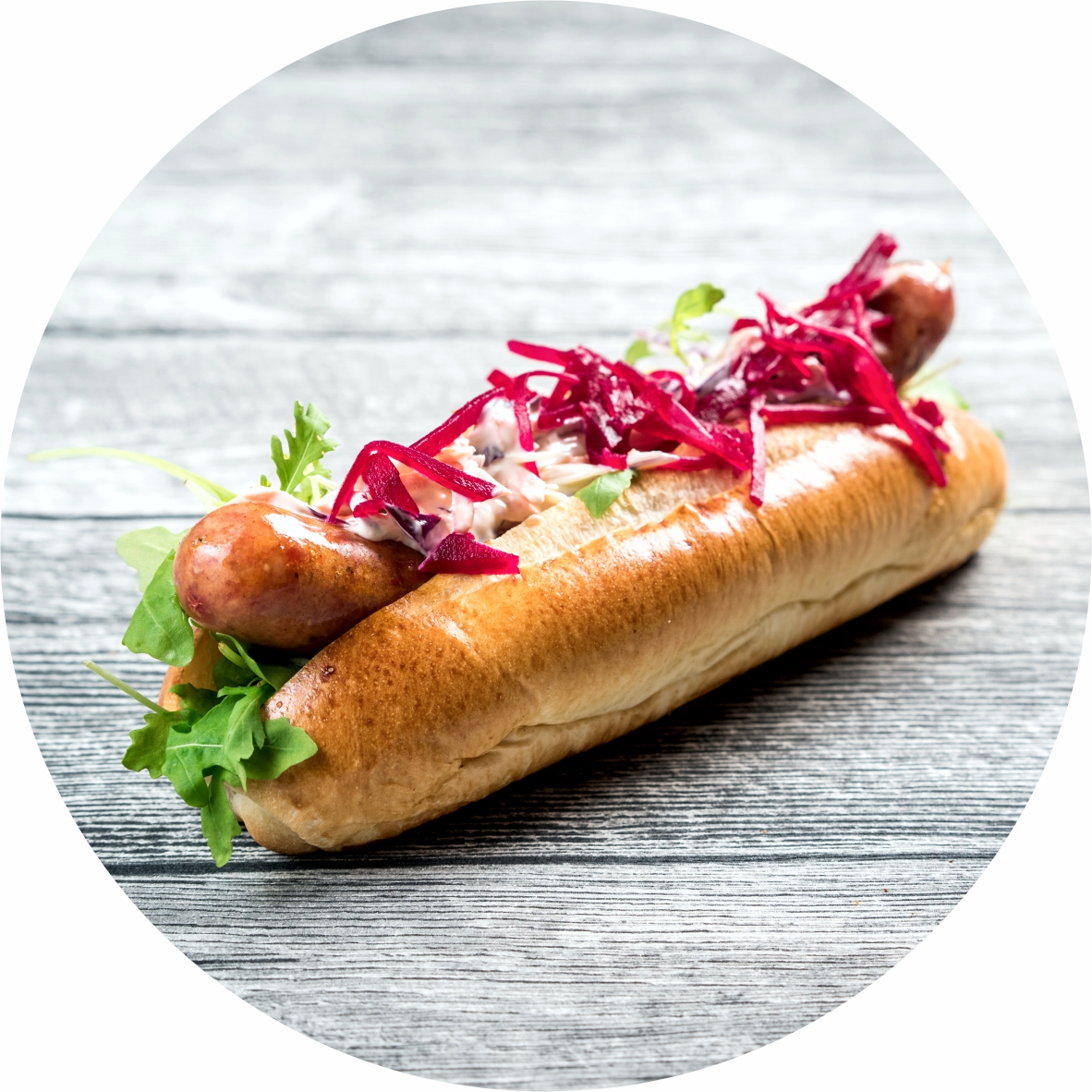 If you want to try something new and different, or meat is not your thing, then check out Beg’s Plant Based. 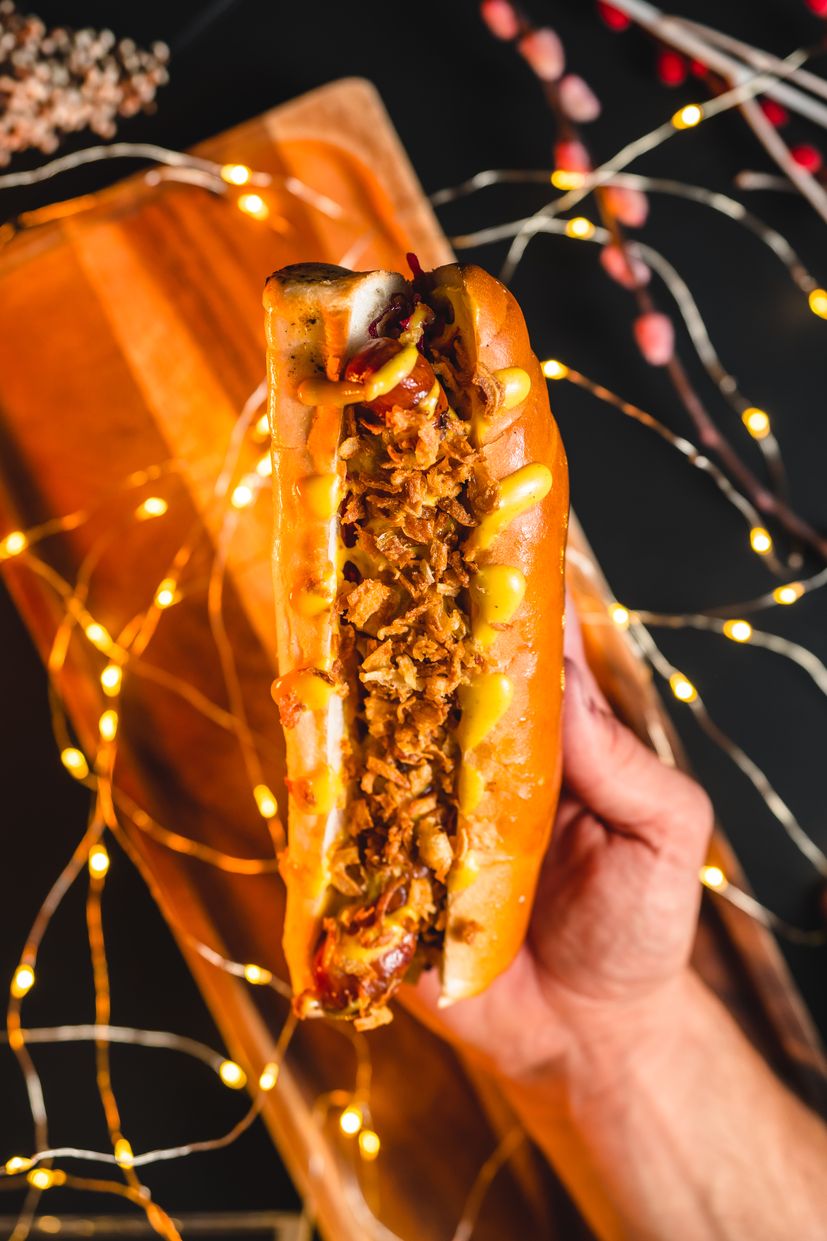 Beg’s Purple Haze sarmice, which derives its name from the haze the red cabbage gives the dish, features three cabbage rolls, which they have pickled themselves, filled with plant based meat with a reduced sauce and a tasty creamy potato mash. Perfect for a cold winter’s day. 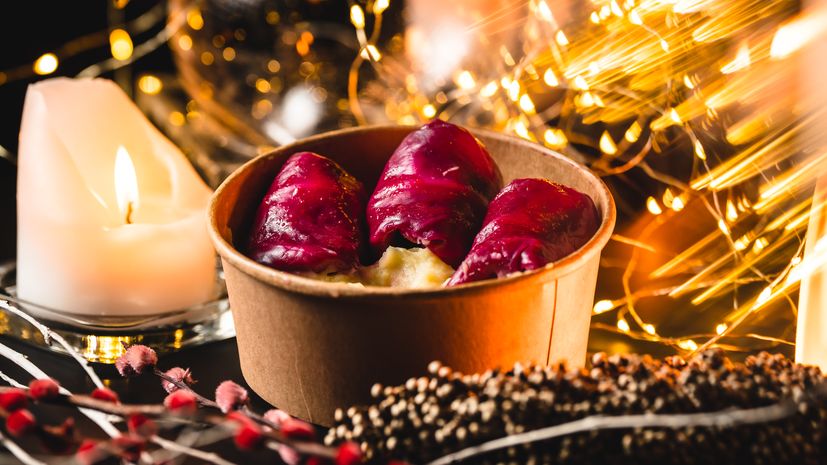 At this Asian street food-influenced house you can try a range of tasty bao buns.

They have three different options, including Gua Bao Sai Kok Bun, which is filled with homemade sausage made according to the original recipe from Laos, fresh ginger, lemongrass, stewed Chinese cabbage and carrots, Gua Bao Curry Chicken and their hit Gua Bao Katsu Prawns. 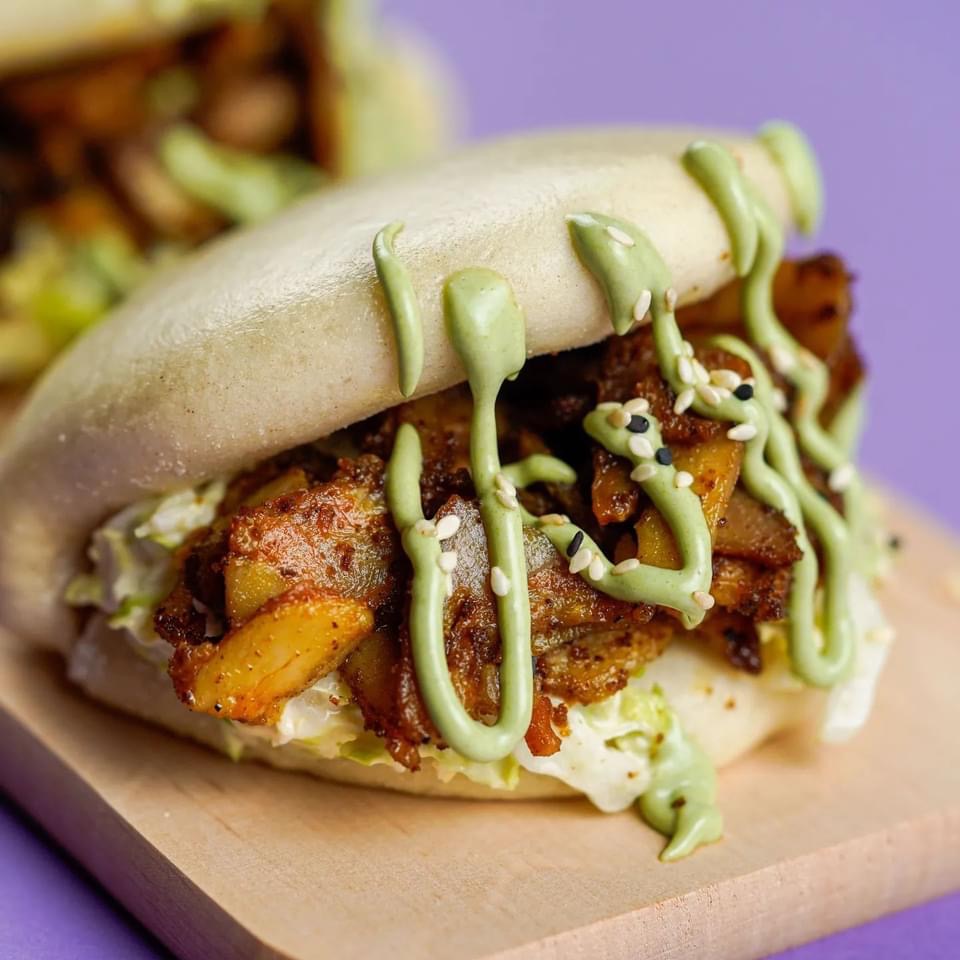 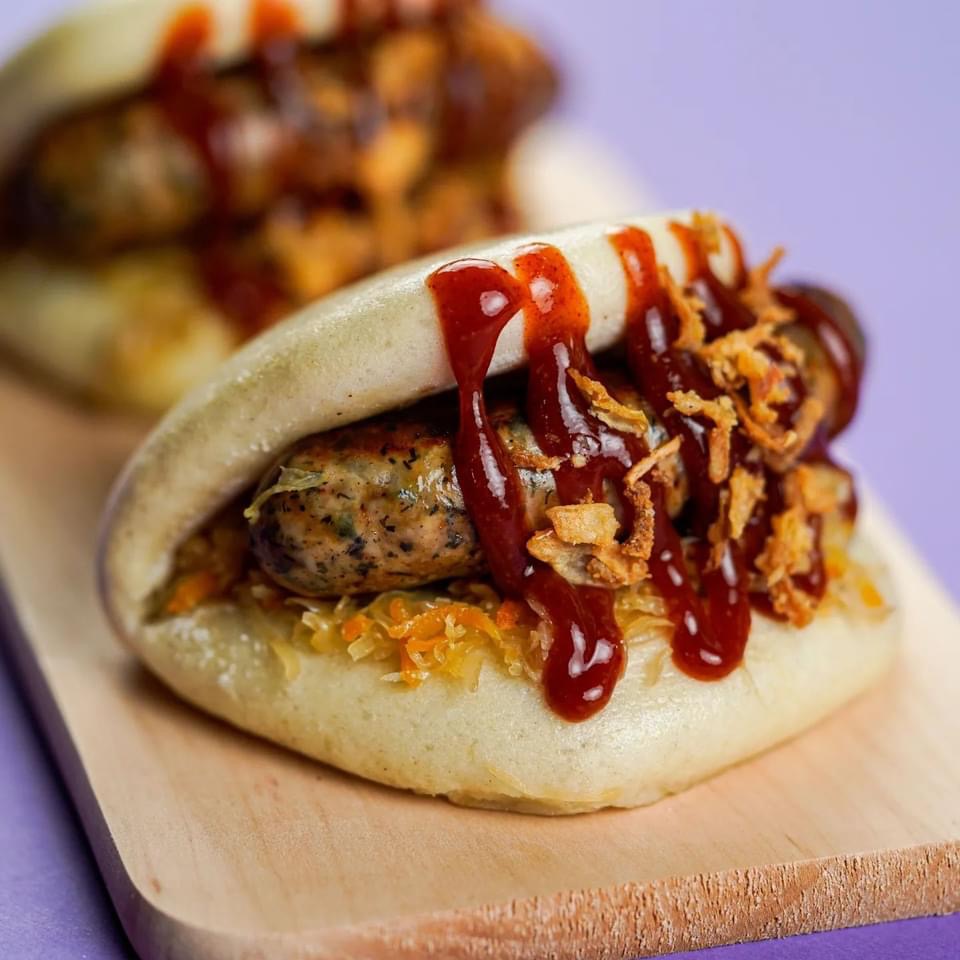 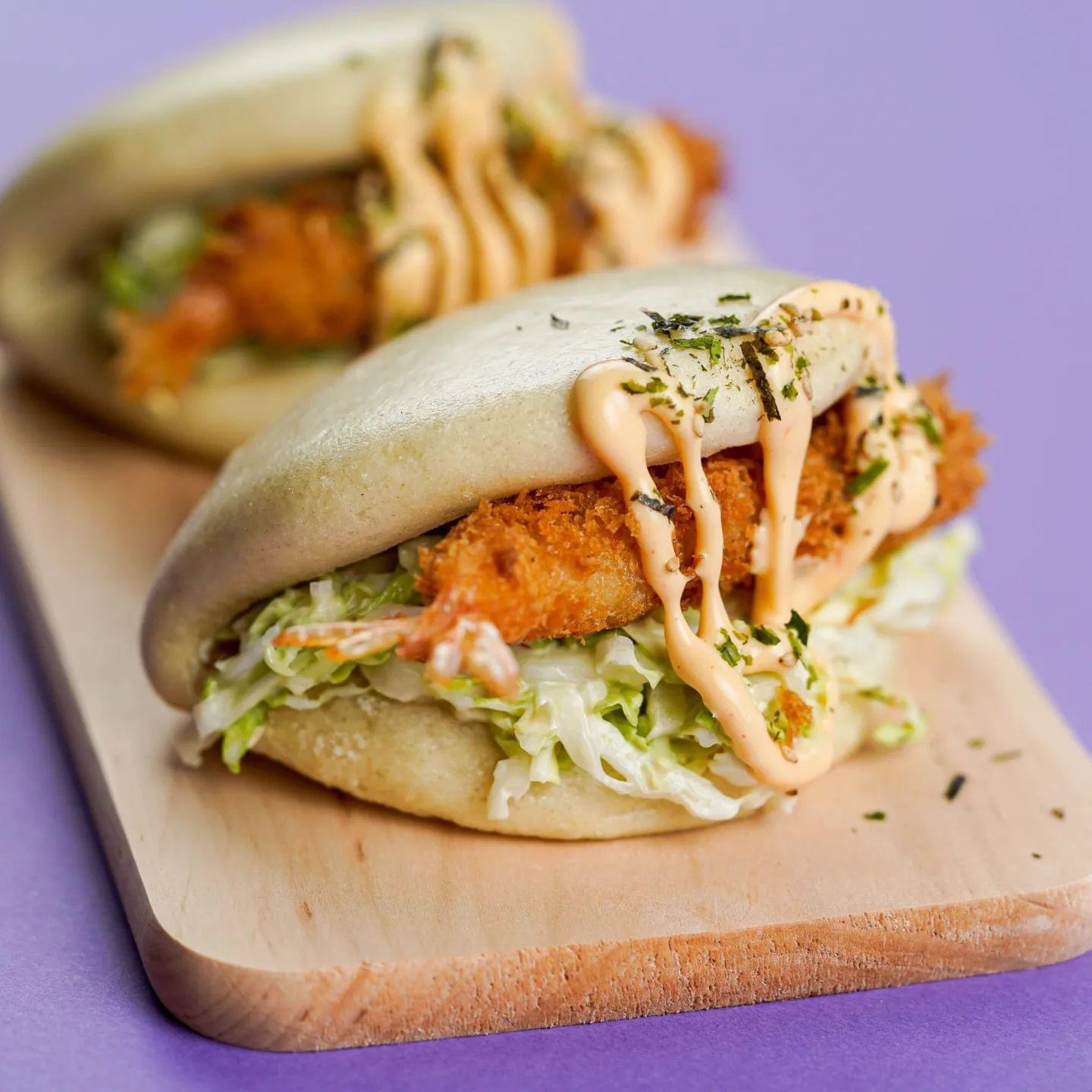 Le Kolač maintains its reputation as Fuliranje’s best sweet house, with their giant apple pie fritula – a perfectly soothing pleasure bomb – nice and crusty on the outside, with a soft and creamy surprise inside, coated with delicate chocolate or caramel, that tastes of winter at grandmas and perfectly rounds off the Advent experience. 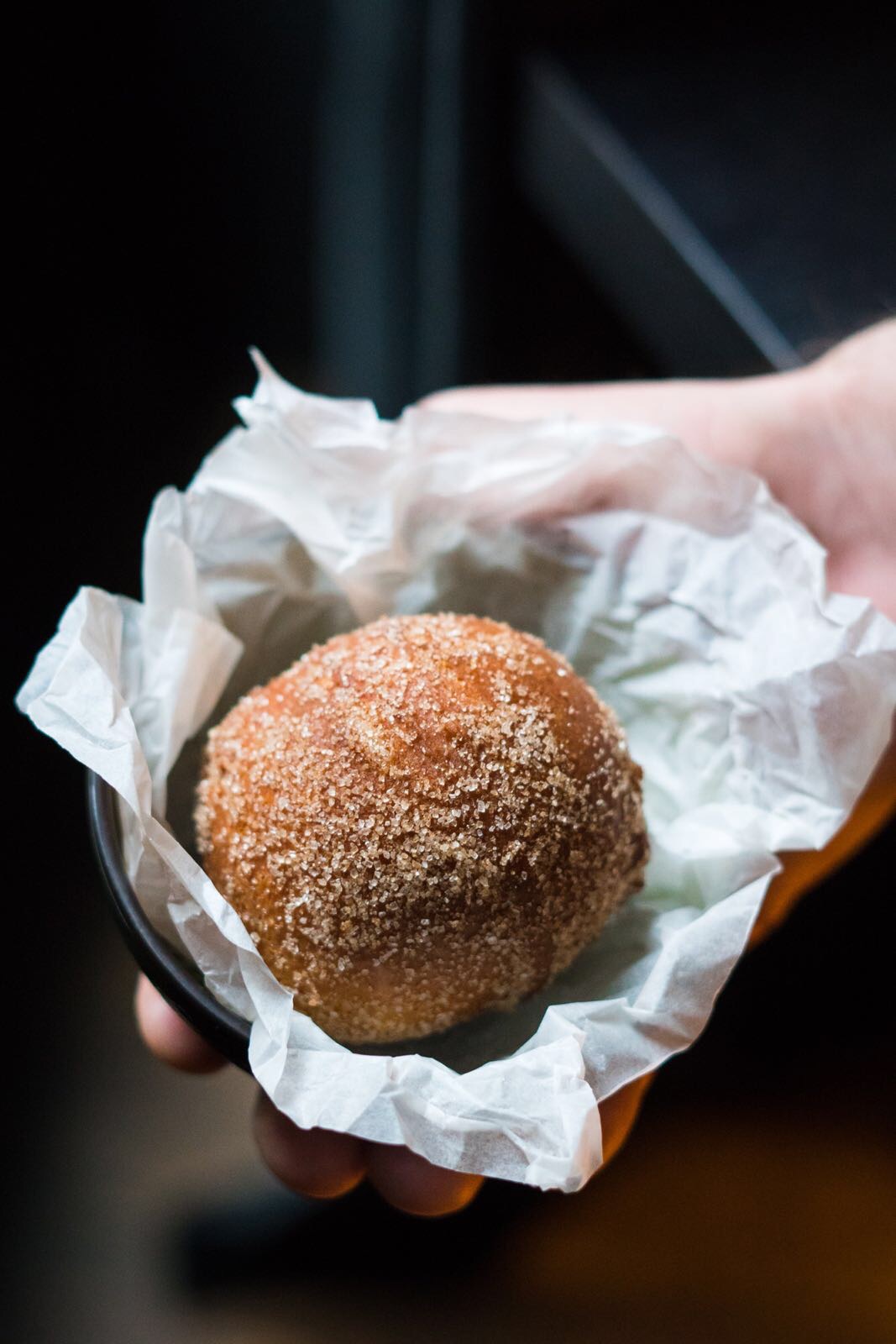 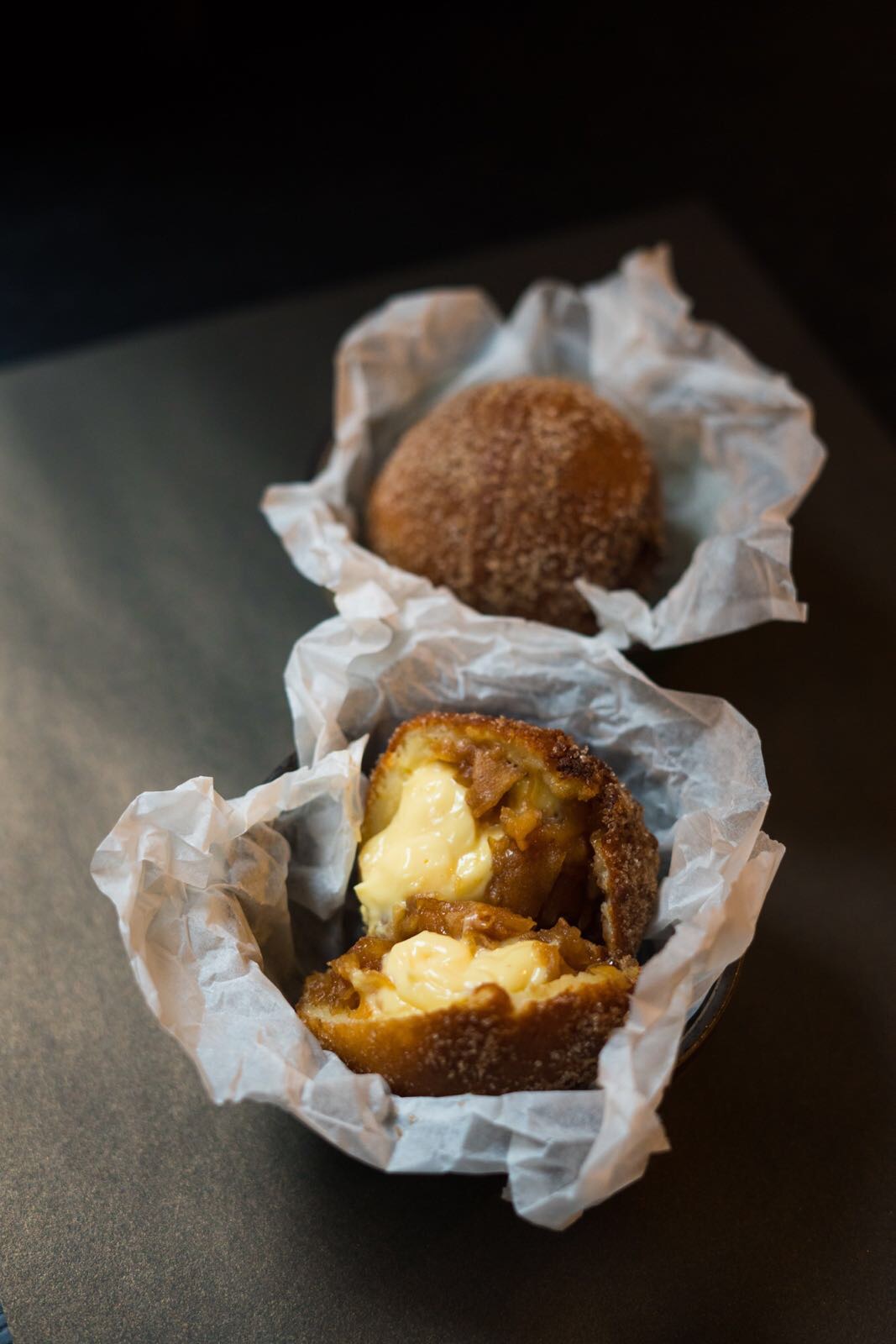