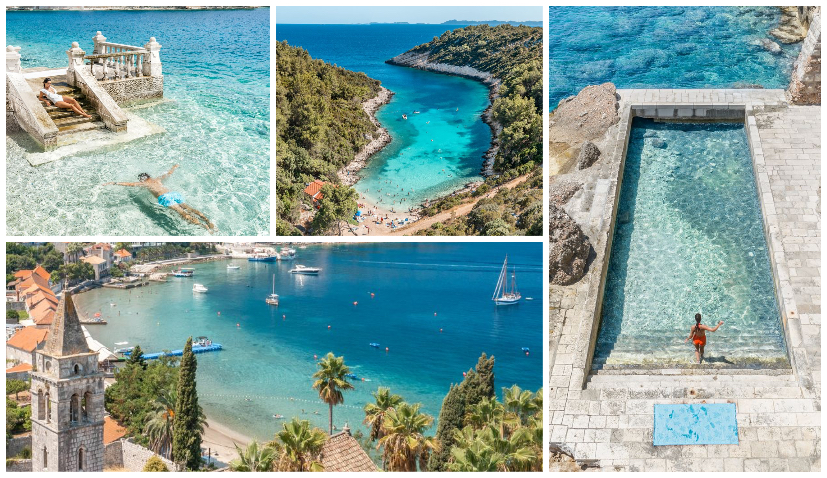 Most people on Instagram know him by the handle Timotej thanks to his breathtaking shots of Croatia which have enticed thousands of people to fall in love and visit the country.

The man behind the handle, and lens, is Timotej Gošev and we decided to find out more about the photographer who is passionate to show off Croatia to the world.

“I was born in Ascot, England. It’s located right next to the town of Windsor, where the Queen lives, and its world famous for horse racing and horse polo. I’m approaching my mid-thirties, which is exciting,” Timotej explains, before adding.

“I have lived here for the majority of my life. Berkshire, my county, is just outside of London right by Heathrow Airport. Beautiful countryside region with lots of green forests.”

Whilst he is born and raised in the UK, there is a reason for his passion for Croatia.

“My family is from the Varaždin region. People are usually surprised to find out I’m not from somewhere coastal, but the hills and valleys around Varaždin are a beautiful place to live too. I visit often as I can, or whenever I have a good reason to visit, and for sure without fail in the summer period. I am not the biggest fan of the words ‘favourite’ and ‘best’ because when it comes to Croatia, it’s hard to have a favourite place. Every place is different and beautiful in it’s own way and has a unique charm. I think the people you’re with is a more important factor,” he says. 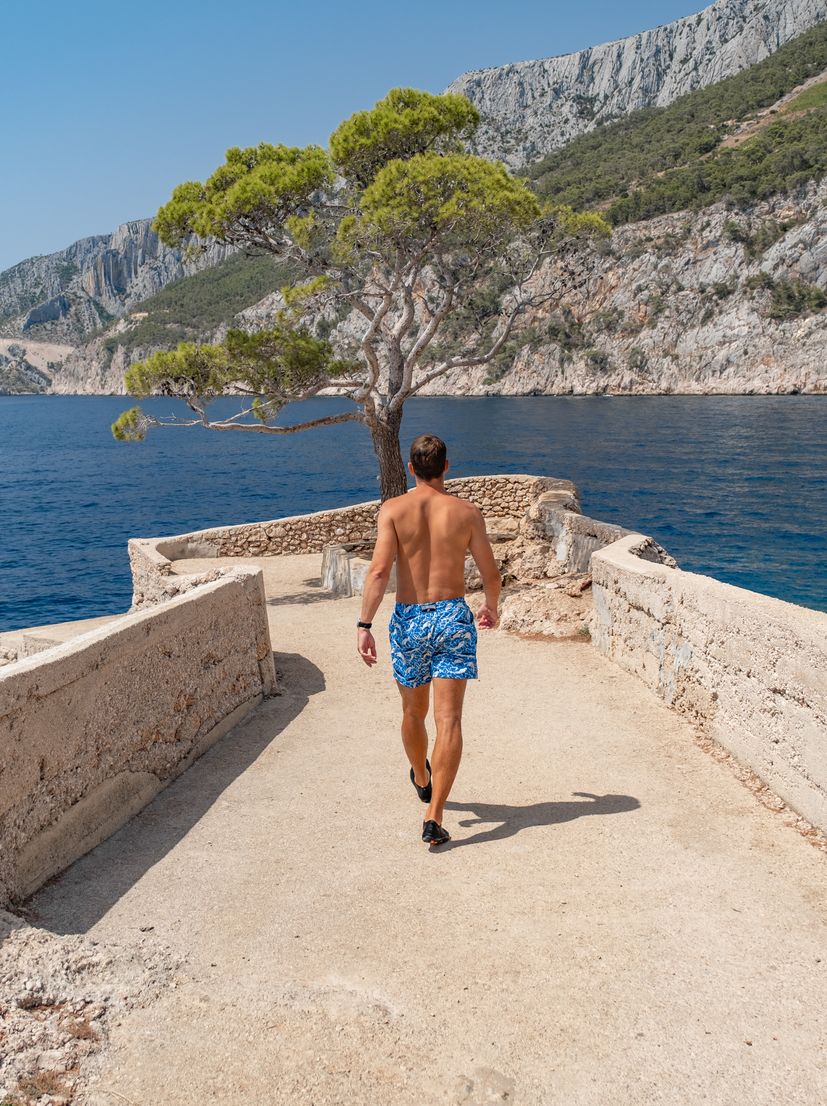 Timotej’s story with photography started from early childhood. He was obsessed with cameras and found them fascinating, especially film cameras.

“Growing up as a kid, I loved carrying the family camera, and snapping anything and everything that my eyes found aesthetically pleasing. I can easily say I was born with an eye for a good photograph. I have always been a photographer at heart who’s passionate about capturing a certain type of photograph.”

So what motivated him to start taking spectacular photos of Croatia  which quickly became a huge hit on Instagram?

“What a lot of people don’t realise is that I am going around the Adriatic Coast for myself, because I am in awe of our sea, and want to see, swim and enjoy as many of the beautiful beaches we have while on holiday. Photography comes second. I want to capture these places, first and foremost for myself as a memory, and then for others to see where I have been. I am convinced that overall, we have the best sea, and coast in Europe in terms of natural beauty. The world’s most iconic beaches/towns today, became famous because of photographs taken back in the day. Photography inspires. I believe the world was never truly shown Croatia. Most have no idea what we have. The wars Croatia was involved in, set our tourism back in some key years, and now we are playing catch up to Greece, Italy, Spain and France. I want my photography to inspire people to make that first visit.” 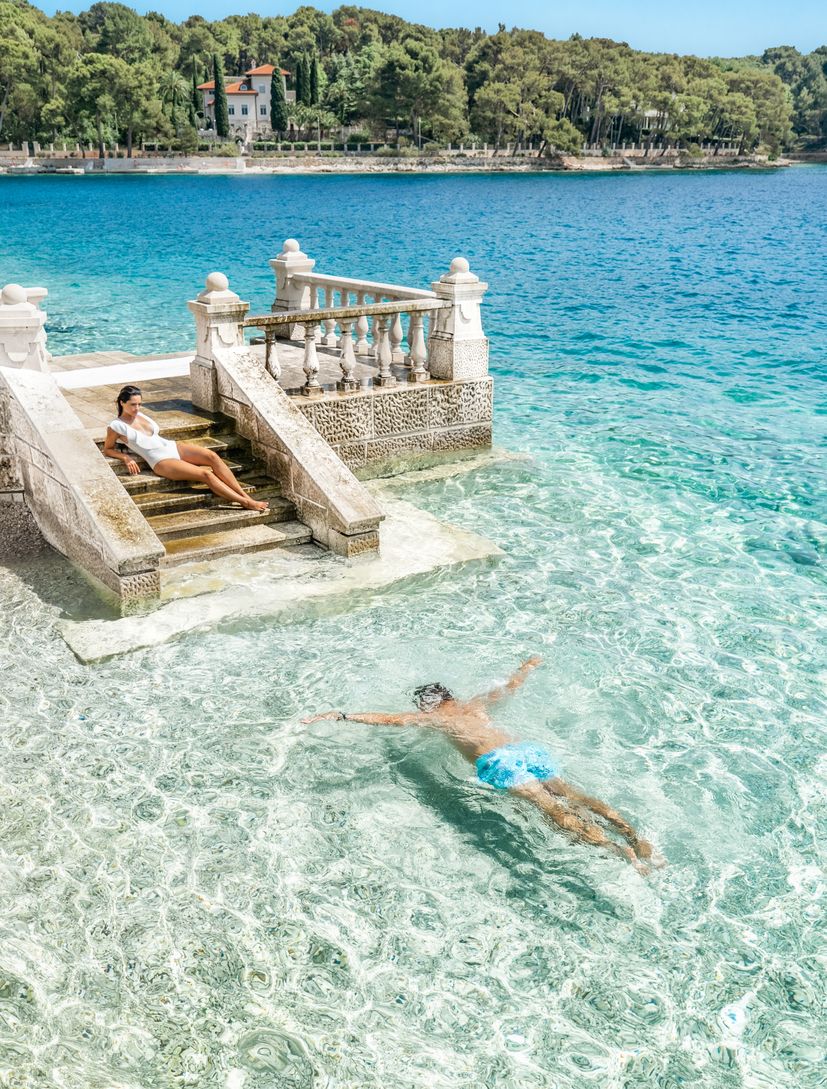 His photos from Croatia are almost instantly recognisable thanks to his unique standout colour style.

“If you were in a helicopter 100m above the sea/beach level looking out on a sunny day with blue sky what would your eyes see? Some know, most don’t. I’m trying to achieve the natural look, and what many fail to understand is that, everything changes as you go up higher, cameras and drones have their own colour science, and there is also the matter of glare, which I don’t want in my pictures. Again, pro cameras, have manual settings to get true colour. But because most of the world shoots with auto at ground level, it’s hard for them to believe why something looks different to the picture they took,” he says, before revealing more about the equipment he uses.

“The world’s best beachscape/coastal photographers shoot with Fujifilm cameras. Why? Every camera brand has its own colour science favouring certain colours and Fujifilm has the best blues. Guess what colour I primarily photograph? Blue. My current cameras are the Fujifilm X-T4 and Fujifilm GFX100S which is a 103 megapixel medium format camera. I have a variety of lenses, and every lens has a polarising filter which removes glare that the sun creates on the surface of the sea, making everything crystal clear. Us professional photographers make full use of the manual settings our cameras have, so post processing is done to the very minimum if needed. In my case cropping the image so it’s framed perfectly. Lightroom is my preferred editing software,” he reveals. 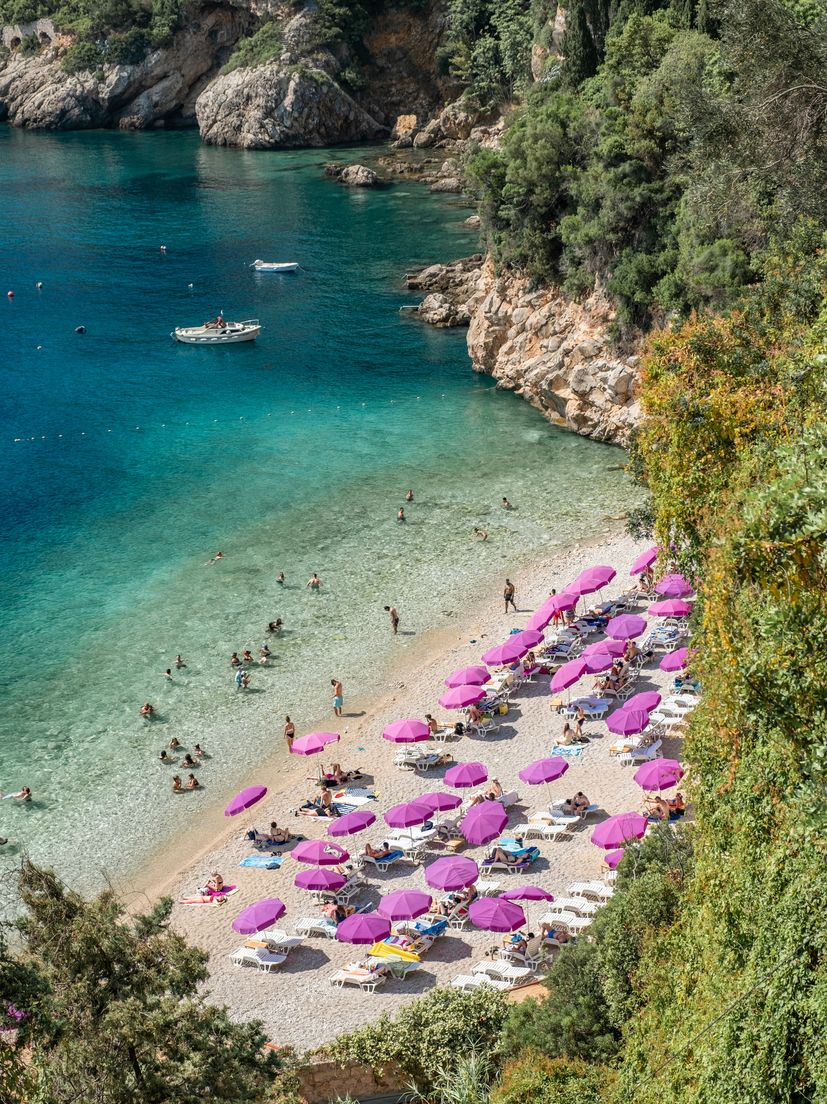 With almost 100,000 followers and some of the world’s biggest accounts sharing his photos, Timotej says that the old adage is one the keys to his success – consistency.

“I think every successful Instagram requires consistency. To be truly successful you need to be ahead of the game too as they say. Back when I started I think I was one of the first photographers in the world showcasing just one country with a specific theme (sea & coast). When drones became available to the general public I got one right away. Drone photography was a real game changer. I also researched every place I visited to see what photographs have already been shot there, and then tried to capture something from a new vantage point that hasn’t been seen yet. Lastly I think I am authentic. Through my photography people can see I truly love our sea and immerse myself in experiencing it. Today, you have so many people that buy a camera, drone, and rush from place to place taking pictures because they can potentially get some rewards from the world of social media. Earn some money. For me it was never about that. It was about truly enjoying the natural beauty of the places I visited. Spending as much time as possible in the water,” he says. 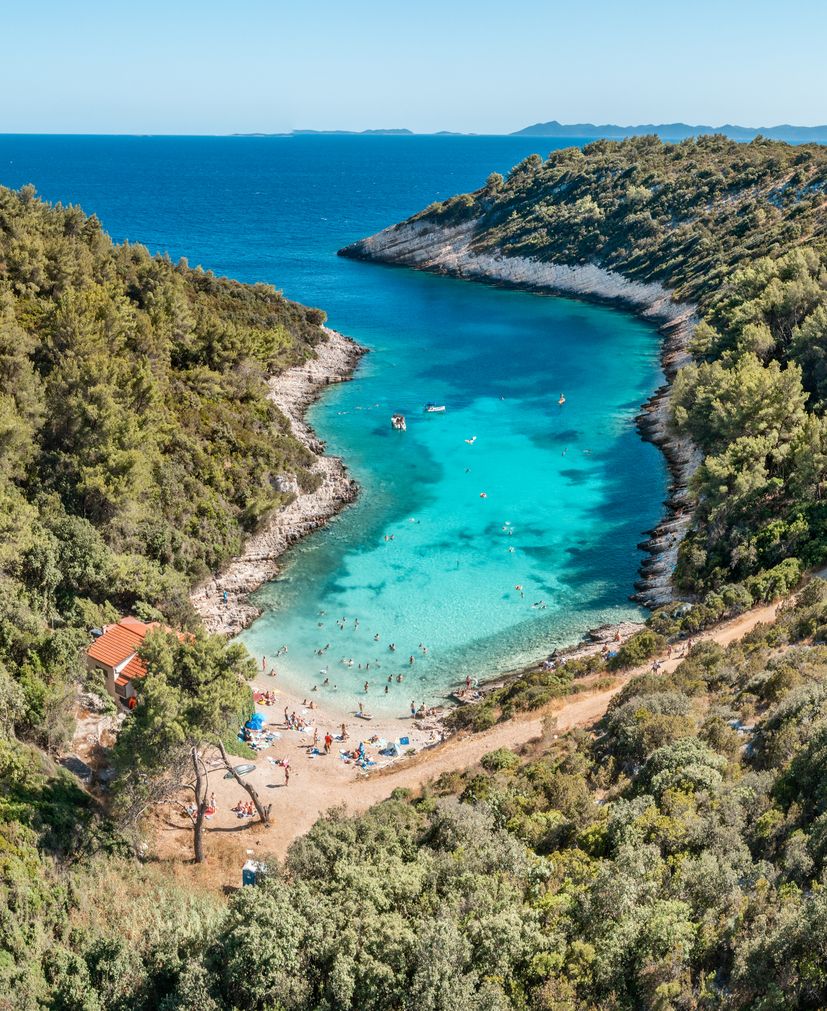 Timotej says around 50% of his photos are instinctual, whilst 50% are planned.

“Like I mentioned before, I do my research. I’ve seen what has already been shot. What I don’t know is what hasn’t been shot, and what is possible. It’s hard to plan until you really get to know a location. Sun position is critical also. Shooting outdoors, I basically have a small window for the perfect shot, as I need the sun directly hitting in the direction I’m shooting. 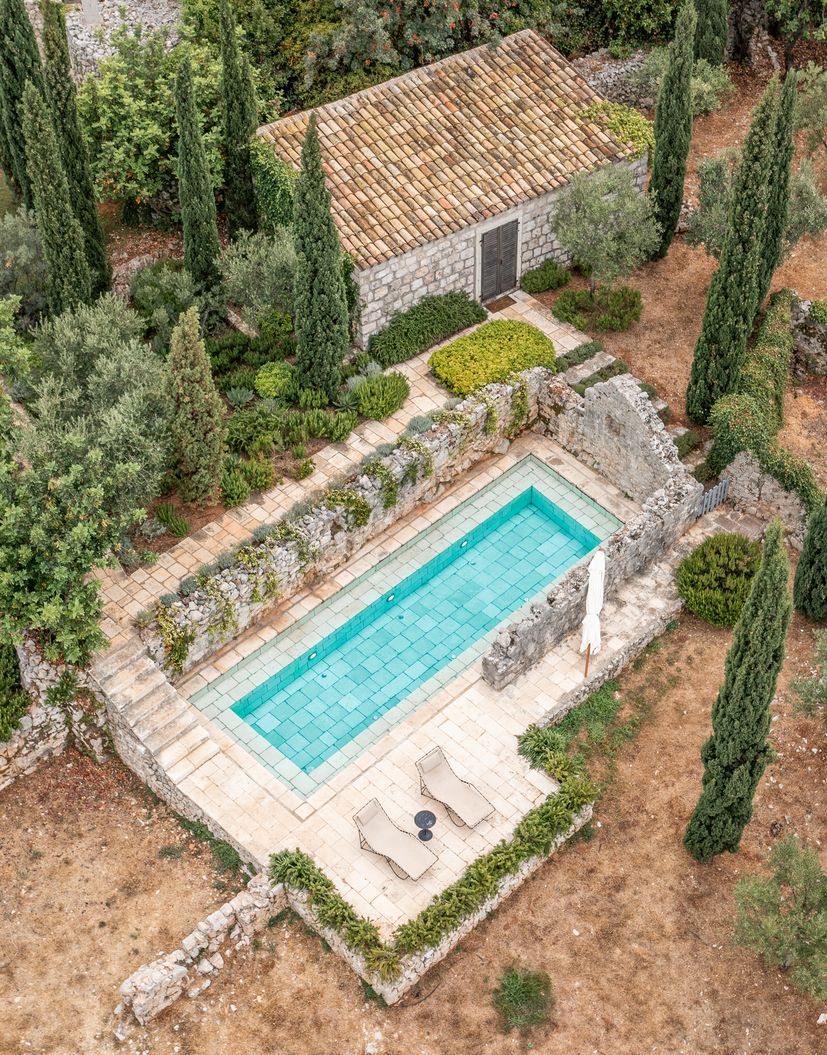 Although he does not like to use the word best or favourite, he singles out a photo of the stone pool in Dubrovnik as ‘absolutely magical’.

“Everything that could possibly be right was right for that shot. It’s such a complicated thing to shoot because of the angle, other people, light, and the end result turned out truly special. It’s also my favourite because I’m a big lover of swimming pool designs and because of the moment and memory of being there. Up until this moment, statistics wise on Instagram, it’s my most successful ever, it went viral on the biggest travel accounts on social media, and has had the most requests for prints. It’s not just my favourite but the most special I took.” 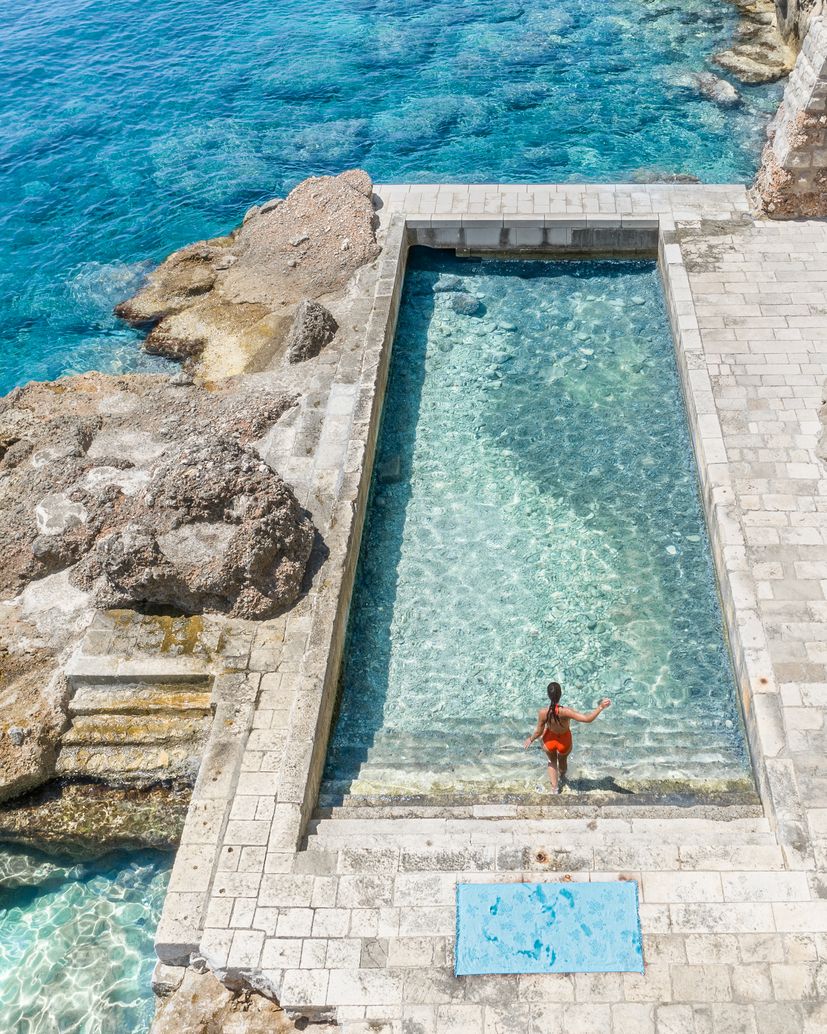 Whilst he constantly posts alluring photos, Timotej also uses his platform to raise some interesting tourism-related questions, like during his three-month visit this summer when he advocated for a stricter smoking ban in Croatia.

“I could write a book on this subject. The world is changing. To keep this short, smokers in Croatia (and there is a lot) argue that smoking is a part of the culture. Sorry, but no, it’s not. Even if it was, we can conclude it’s then bad culture that needs to go. Most places with stunning beaches around the world are banning smoking. Why? Because it’s something that has a negative effect on the majority of the people around. Yes, a beach is an open air space, but you should not negatively affect someone else’s health. I want to smell fresh air not cigarette smoke. Smokers argue if non-smokers don’t like it, they can move. Sorry but no. Tourists are getting more frustrated with smokers every summer, and Croatia is developing a negative reputation as a result. I’ve heard many say it’s the destination for smokers. Tourist Boards should be leading the charge to ban smoking on beaches. I also did a little research into this. Croatian’s blame the tourists for the cigarette related pollution left behind by smokers on the beach. However, the problem is more visible on beaches occupied by Croatian locals, and those on holiday. The youth are the chief culprits. I challenge you to do your own investigation, and I have no doubt you will come to the same conclusion. Bigger question is, what is the solution?,” Timotej says, adding that he also sees a lot of things done right in the country.

“I really believe as a country, we’ve done a great job with the English language. English is the language of tourism, and people coming here from around the world are finding it easy to communicate as most in the tourism sector have a good level. Even though we’re not perfect, we are doing a very good job keeping the water around our towns clean too for the most part too.” 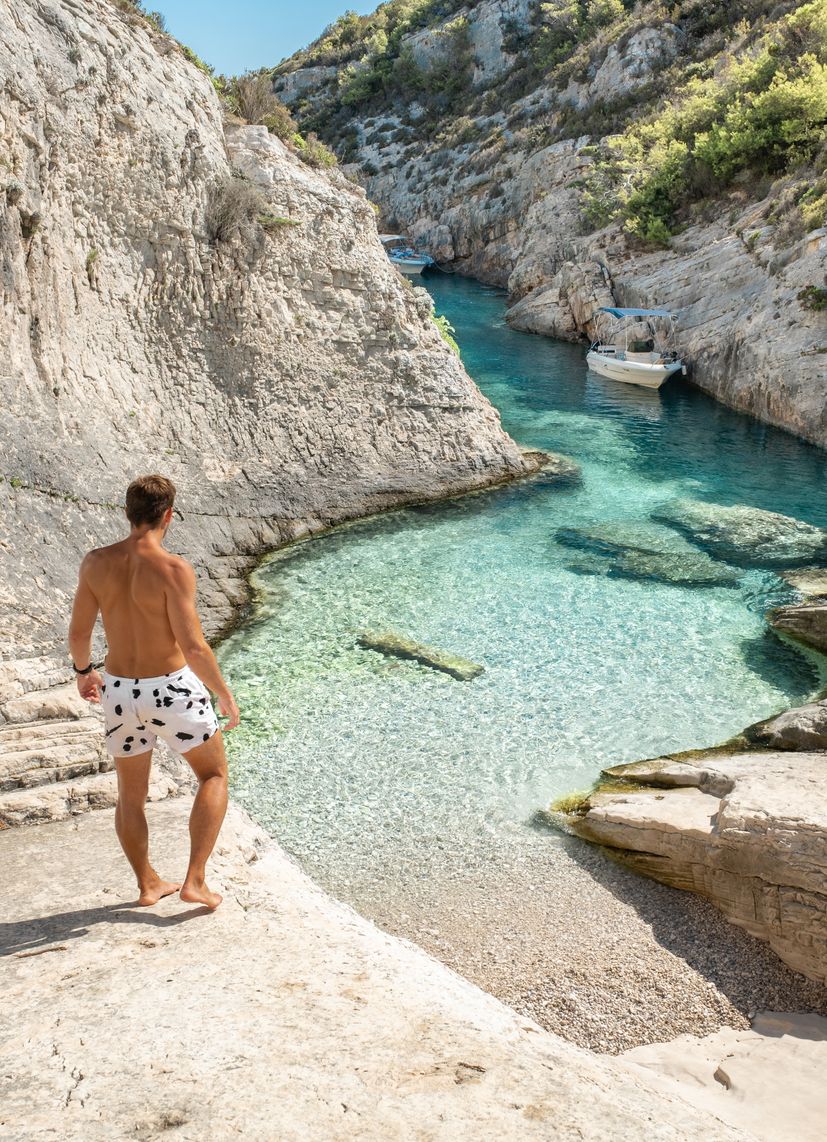 Could he see himself ever living in Croatia permanently?

“I would like to have a house in Croatia, somewhere close to the sea, and would definitely like to live here 5-6 months a year. All year round? Won’t happen, never. What do I miss the most? The quality of food. It tastes so much better in Croatia. Being able to buy fresh vegetables from the market in town is a joy that some take for granted.” 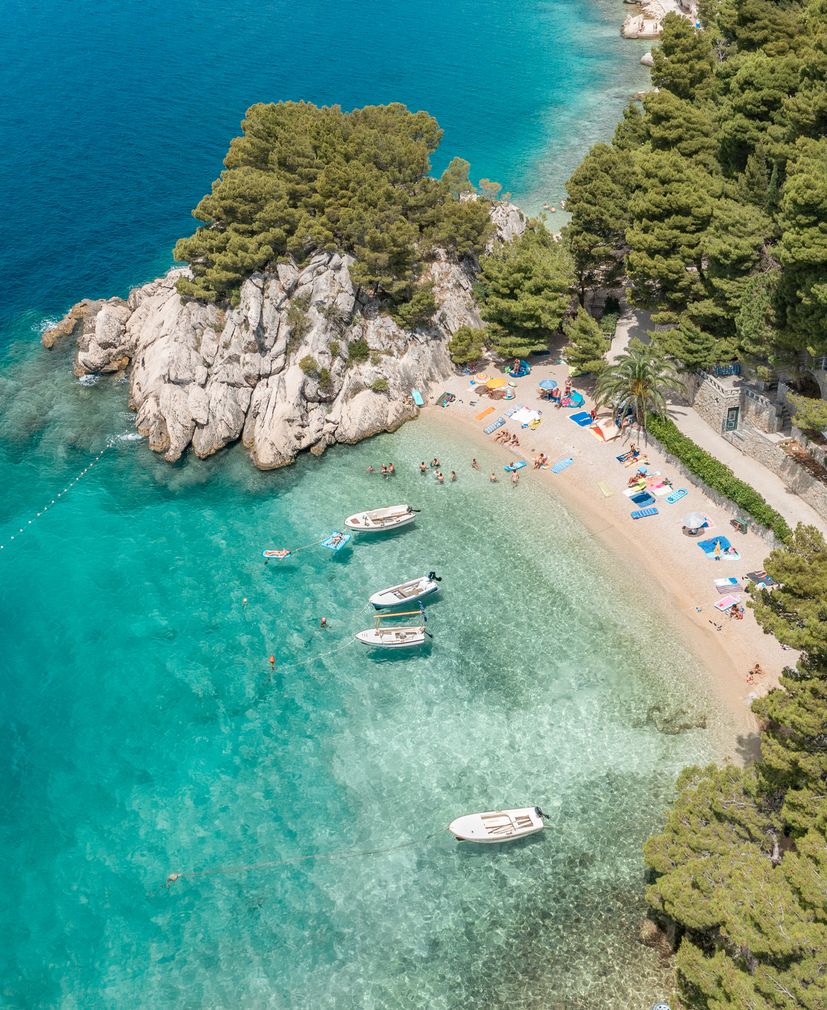 The talented photographer says that he would like people to have prints from all around Croatia in their homes and he does sell his photographs. 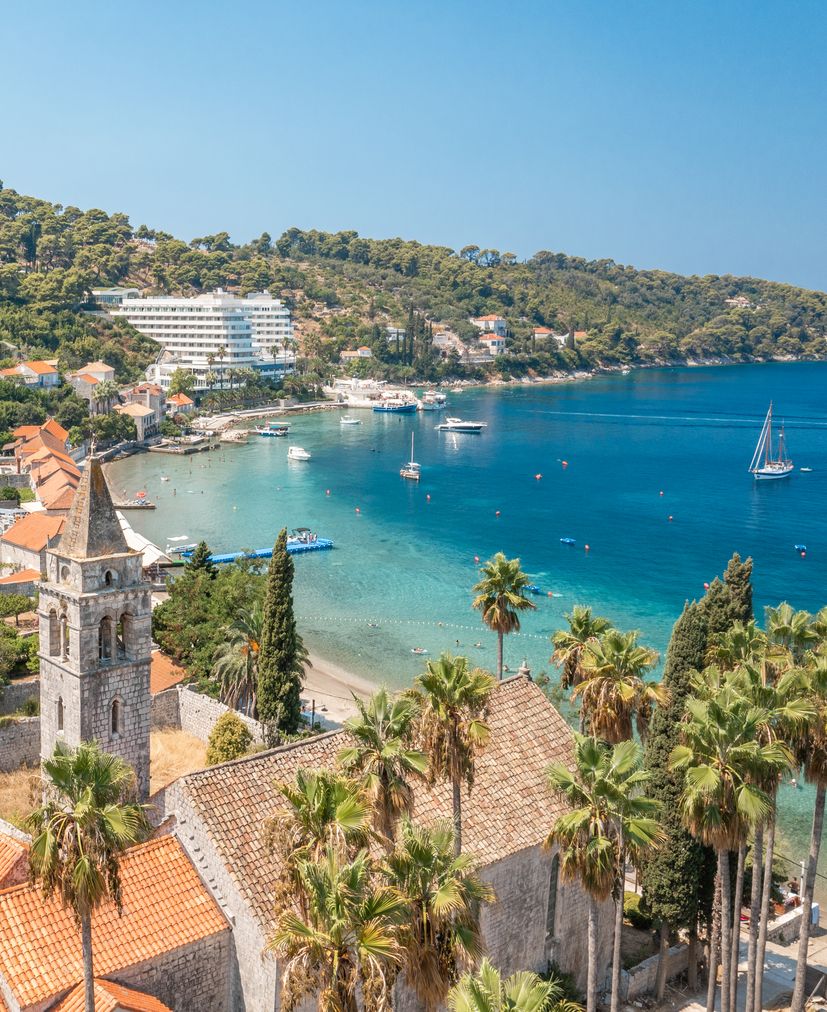 “I have worked with local tourist boards, hotels, villas and apartments, taking pictures for them for their specific needs. My Instagram currently has nearly 94 thousand followers, who are following it to specifically discover Croatia and what there is on offer. If you have something you want to showcase on my Instagram, get in touch with me and let’s talk.”