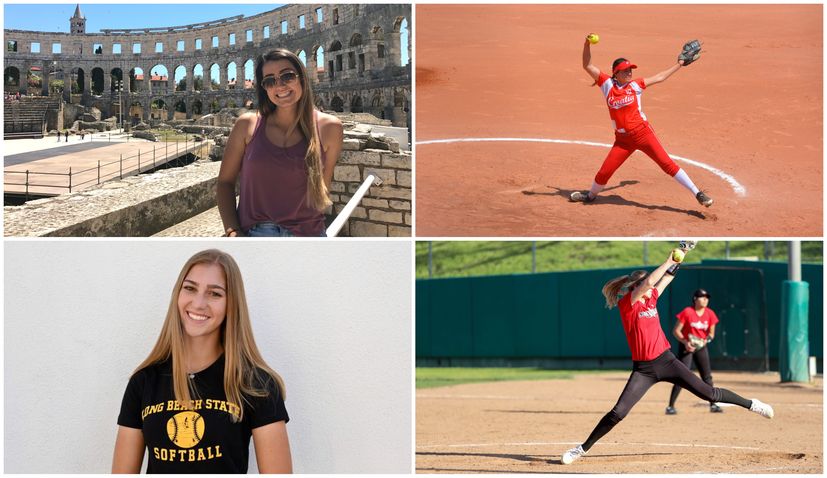 ZAGREB, 21 June 2021 – The Croatian women’s softball team heads off to Friuli in Italy this week to take part in the 22nd Women’s European Championship.

Croatia has been training at Jarun Park ahead of the tournament which will be held from June 26 – July 3. The 2021 Women’s European Championship serves as a qualifier for the World Games 2022, which will be held in Birmingham, Alabama, in 2022.

Among the Croatian squad are two talented collegiate pitchers from the United States – 24-year-old Marina Vitalich and 18-year-old Addison Kostrencich.

The pair arrived in Croatia on Sunday and we caught up them. 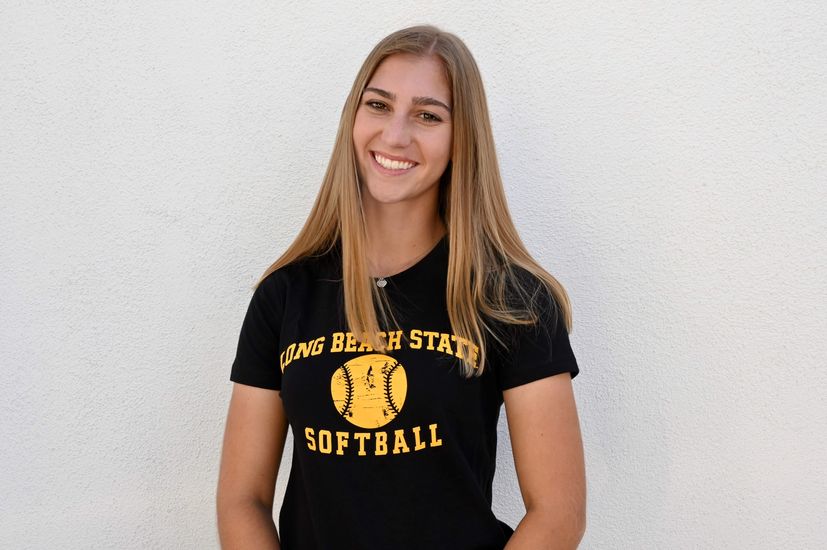 “My Croatian heritage comes from my dad’s side of the family. My grandma, Irene Ursič’s family is from Selce, Brač and my grandpa, Frank Kostrencich’s family comes from a town called Cirkvenica,” she explains, before adding.

“Croatian culture was a big part of my childhood without me even knowing it. My grandma spoke the language fluently and would have me and my sisters learn every time we came to see her. Our extended family carries on many old traditions especially in the food we eat but I did not know that these were Croatian traditions until I was much older. I speak very little of the language unfortunately but I have been trying to learn. My grandma taught me and my sisters some simple words when we were younger and I have since tried to learn some more but it is not the easiest language to pick up without a teacher. I would love to keep learning as I keep continue to visit Croatia.” 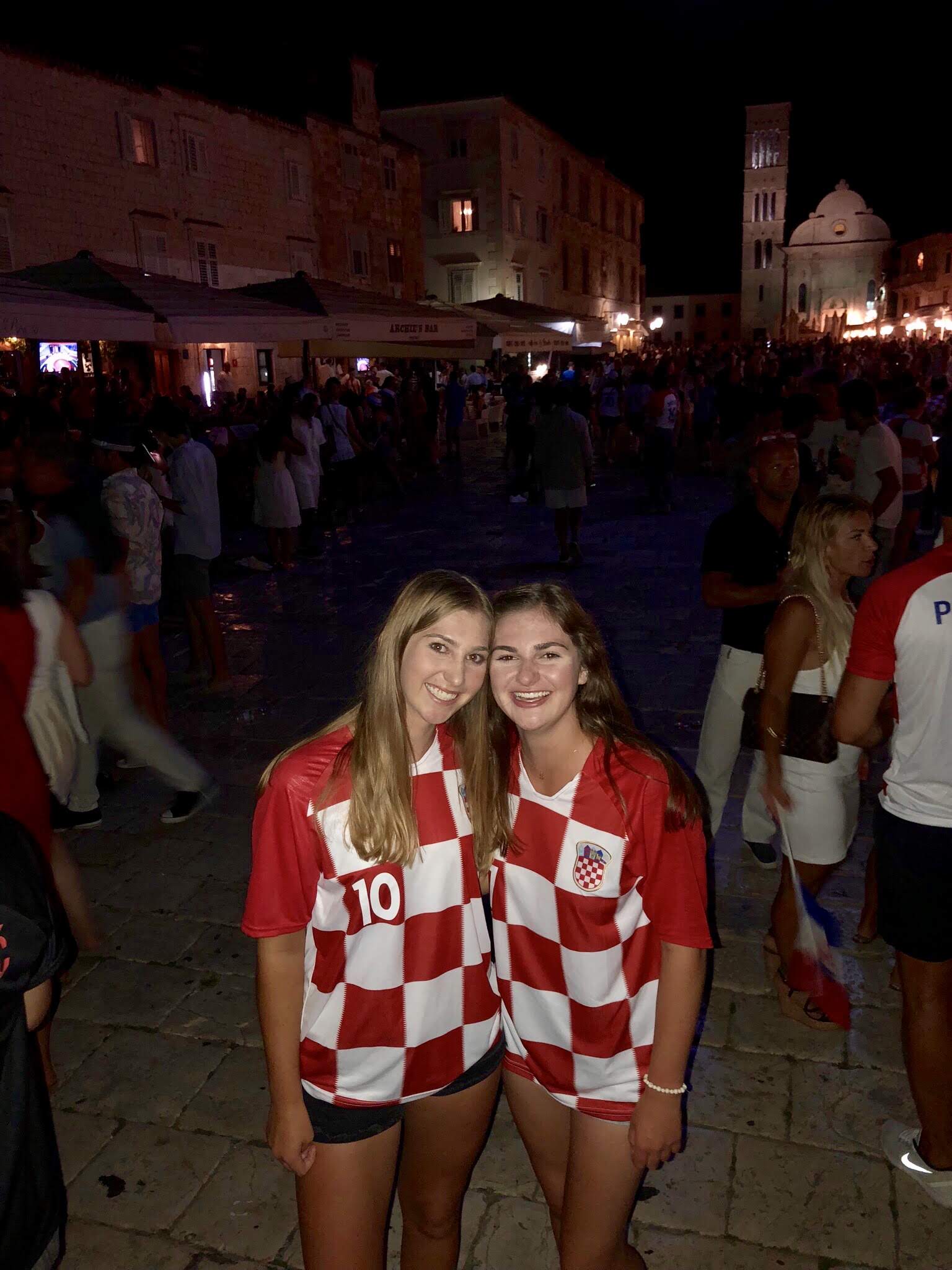 Addison says that her favorite place to visit in Croatia is the island of Brač, where she has family roots.

“Brač is gorgeous with views from the whole island and I love knowing that it is also where my family is from. I love the slow lifestyle of Croatia as opposed to the US. In America we don’t always take the time to stop and look at everything around us. I also love how family oriented the people are. No matter how big the family is, everyone is invited,” Addison says, who will spend two weeks after this year’s tournament traveling around Croatia with family and friends.

The talented pitcher started playing softball when she was just 4 years old and followed in the footsteps of her three older sisters who all played.

“My dad was the coach of all of our teams and every weekend I would go watch my sisters’ games until it was my turn.” 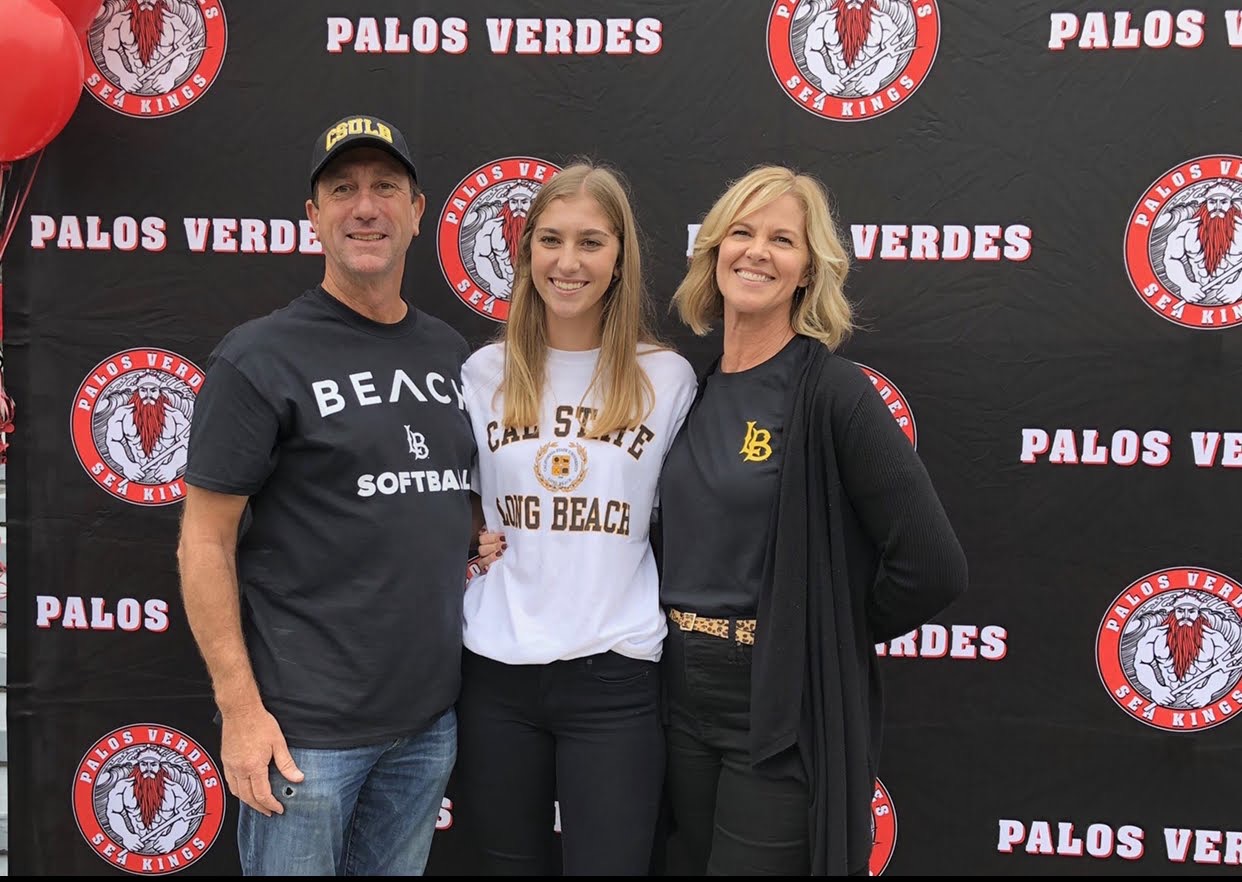 Addison with her parents (Private album)

Addision, who is a pitcher at the collegiate level for Long Beach State University, says Softball has definitely grown as a sport in the past couple years and become very popular in her area.

This tournament is not the first time that Addison has worn the red and white of Croatia.

“My first year actually playing for the Croatian National Team was actually for the Junior team in 2018. I was introduced to the coaches after running into Marina at a pitching lesson. We didn’t even know each other but her dad was wearing a Croatian Softball shirt and one thing led to another and I was on the team. This year will be my second time playing for the Croatian team,” she explains. 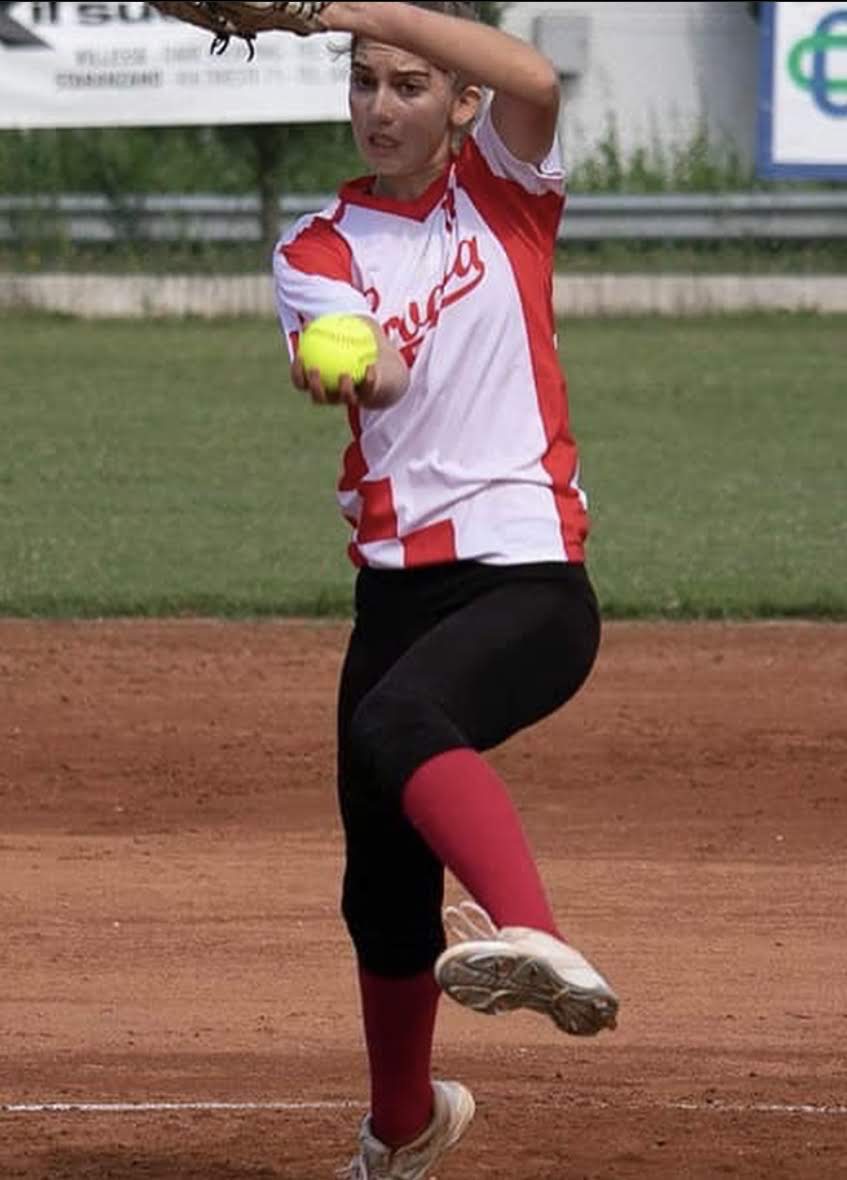 Addison says that there are some obvious differences between the game at home in the US and in Croatia.

“I find that softball in the US tends to be a lot faster and more uniform in mechanics. Women in Croatia find different ways to do the same movements as American women and it becomes very interesting to watch. There are also many more rules at the club and college level in the US, especially for pitchers, therefore, it can change the game completely.” 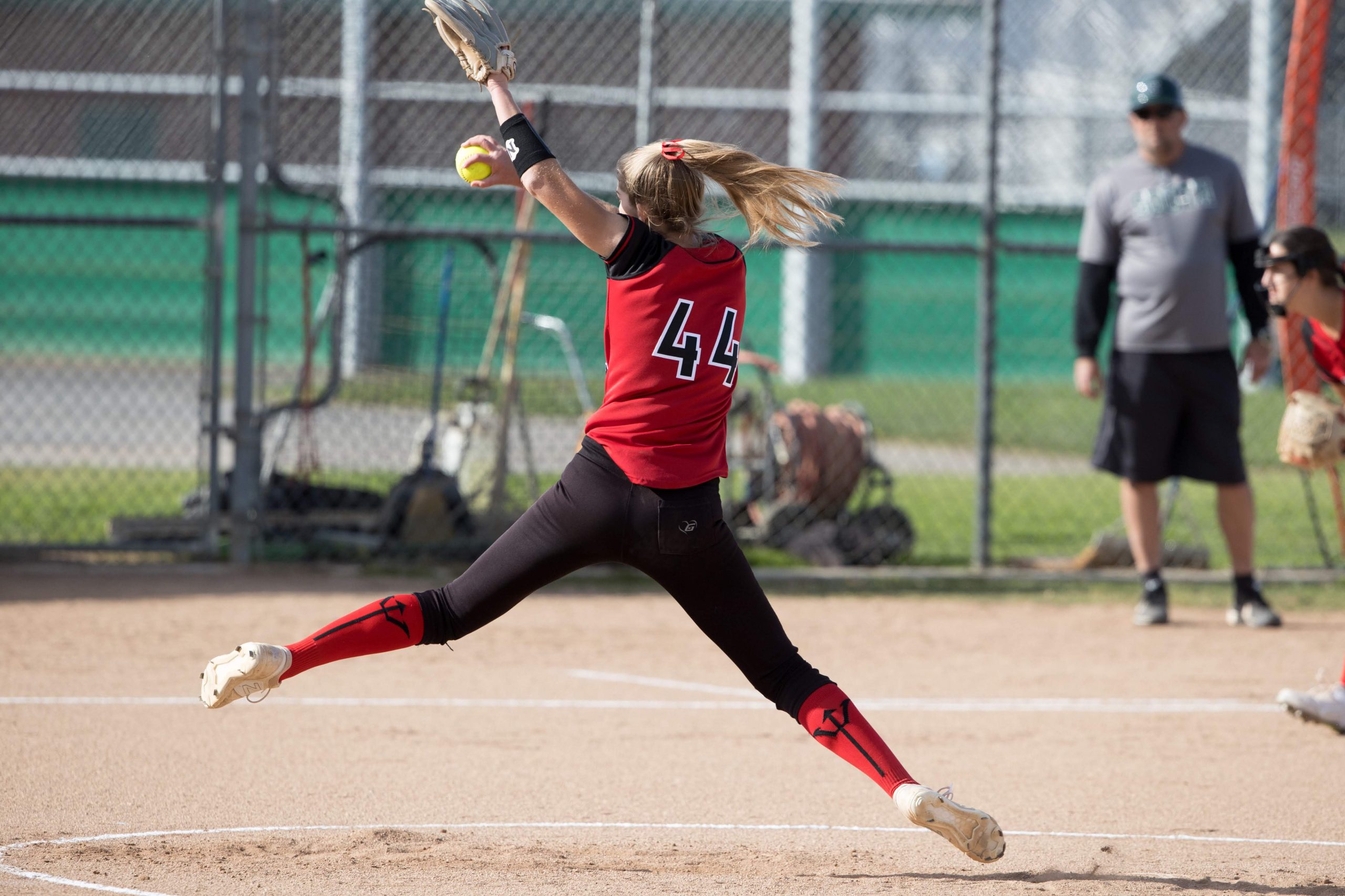 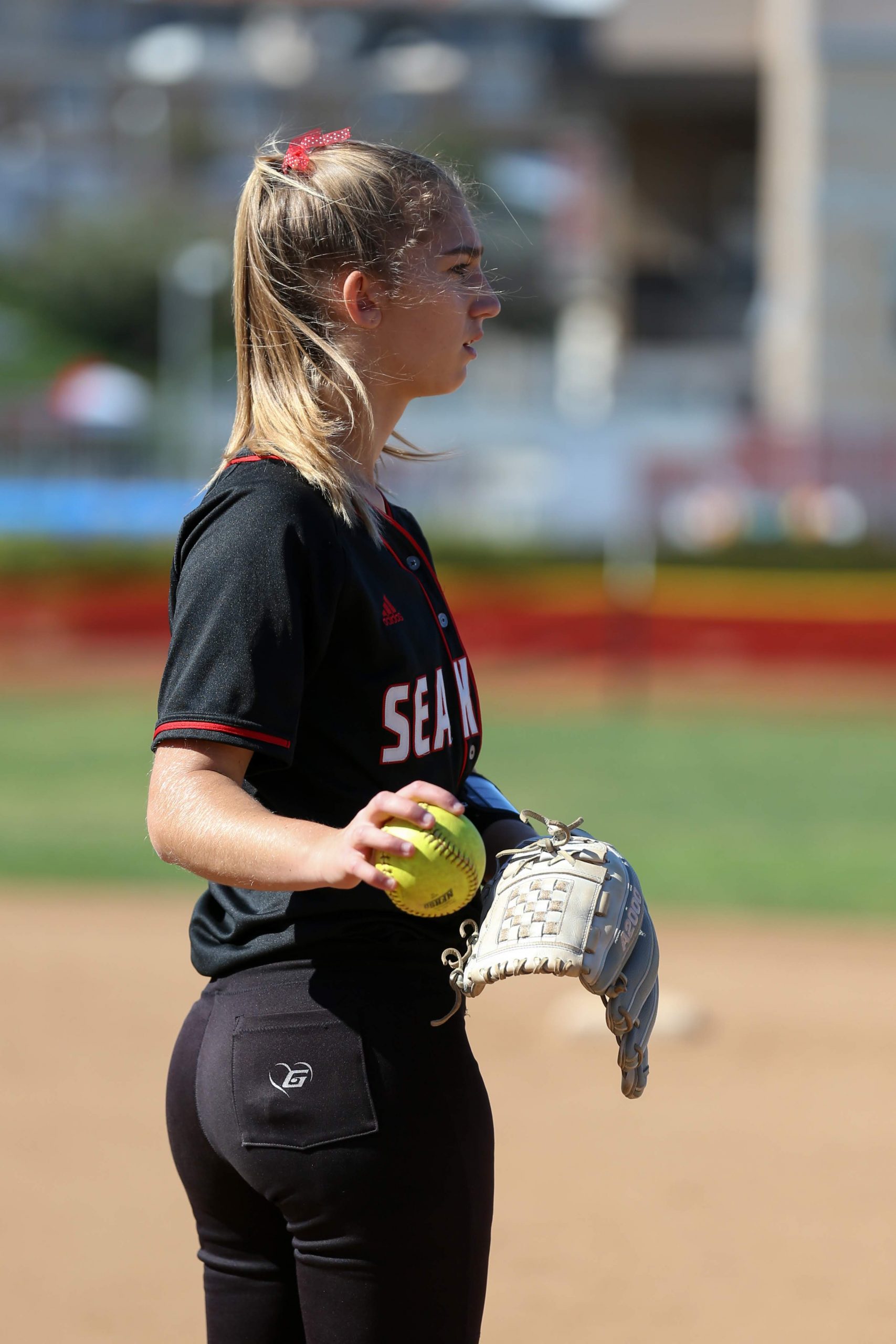 She is optimistic that Croatia can do well at this year’s tournament.

“I think this team will be very talented. I know that we will be missing a few of the normal players this year but I think with Marina and I being there at the same time this year could go very well for the team. Our goal for the Euro Championships would probably be to make the top 8.” 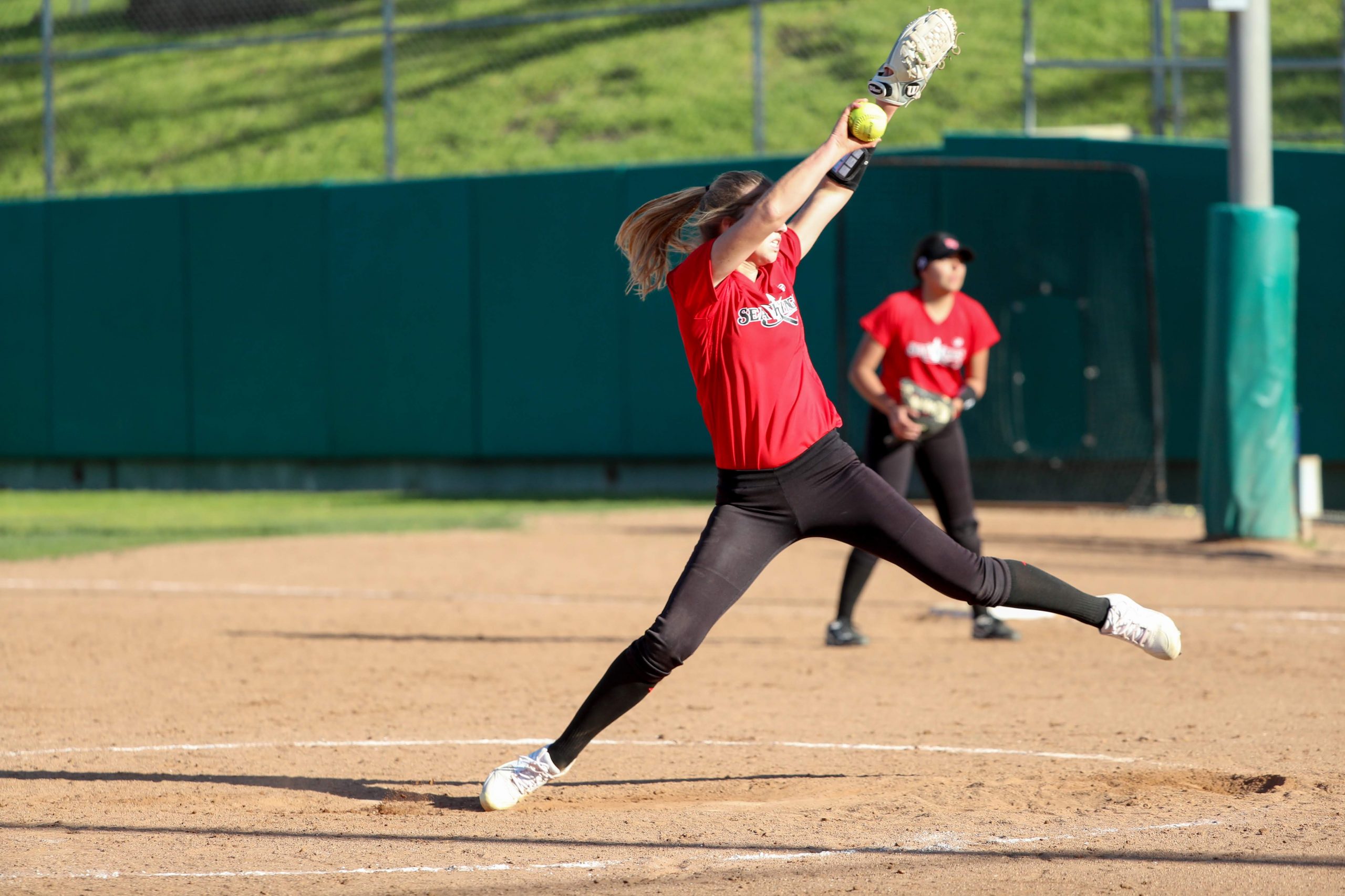 Like Addison, Marina also hails from California having been born and raised in San Pedro in a family with Croatian roots.

“My great great grandfather Josip Vitaljić (later changed his name to Joseph ‘Joe’ Vitalich) immigrated to the United States in 1903 via Elis Island from Komiža, Vis. He first went to Tacoma, Washington where he was a fisherman and then moved to San Pedro, California in 1920 where he raised his family,” says Marina, who also is hoping to improve her language skills again on this visit.

“When I was younger and my dad would put my sister and I to bed he would tell us “laku noć” but that was about the extent of my Croatian. Unfortunately I don’t know much, but since playing with the national team and becoming friends with a lot of the other players, they have taught me a few words and phrases that I am able to recognize or understand. I try to learn more and more every year that I do come.” 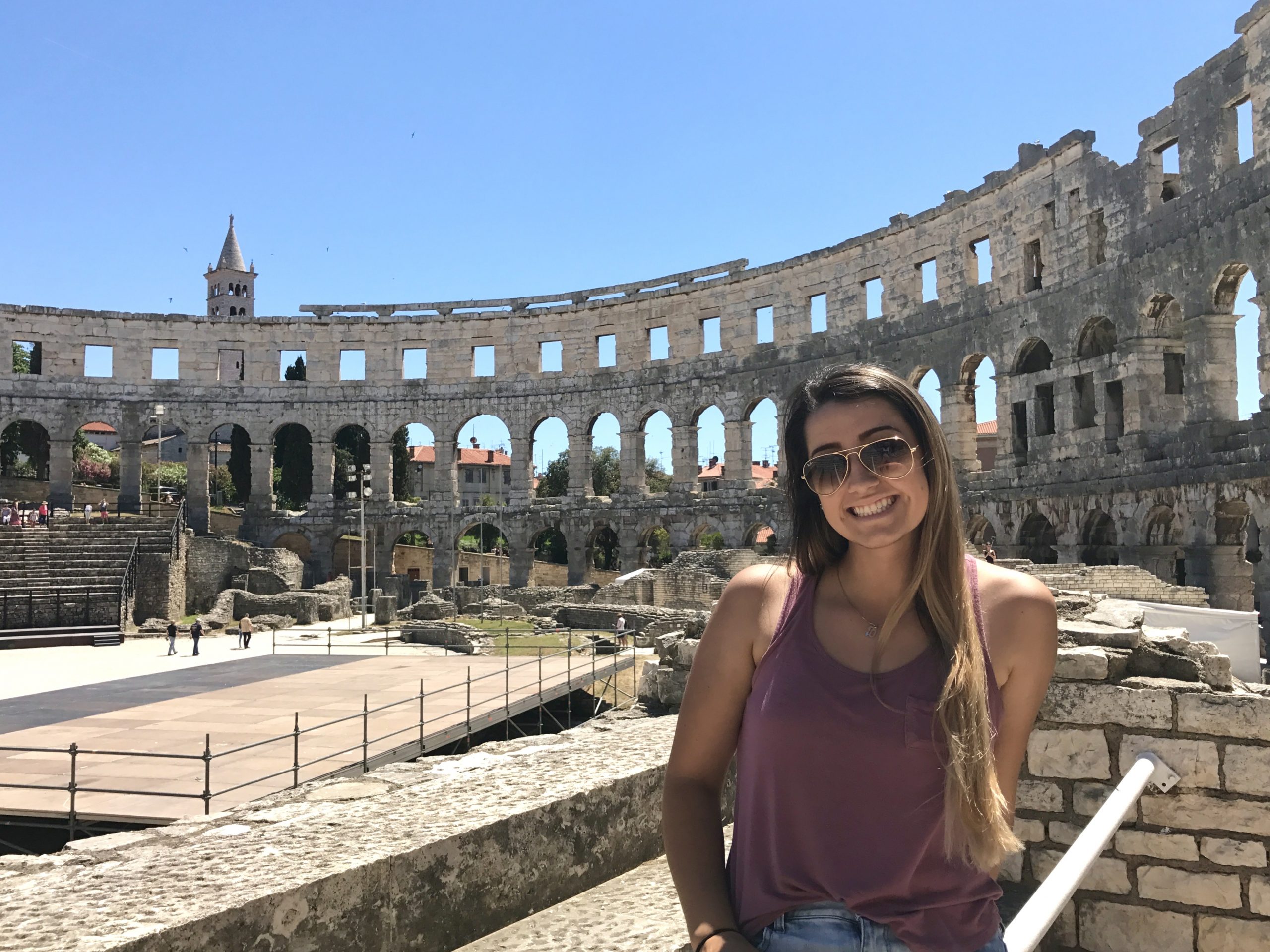 Primarily a pitcher, who also played first base, Marina played Division I college softball at George Mason University in Fairfax, Virginia from 2015-2020.

“My dad, uncle, and grandpa all played baseball growing up and I vividly remember when my dad asked me if I wanted to learn how to play softball. I was only five years old at the time and was so excited I couldn’t wait to get started. I began taking pitching lessons not long after that and have been playing ever since. Softball is extremely popular in the United States especially in the area of Southern California that I grew up in. By the time I was 10 years old we were traveling practically every weekend with my travel ball team. Girls in the US typically start playing at a very young age like I did at the age of 5,” she explains. 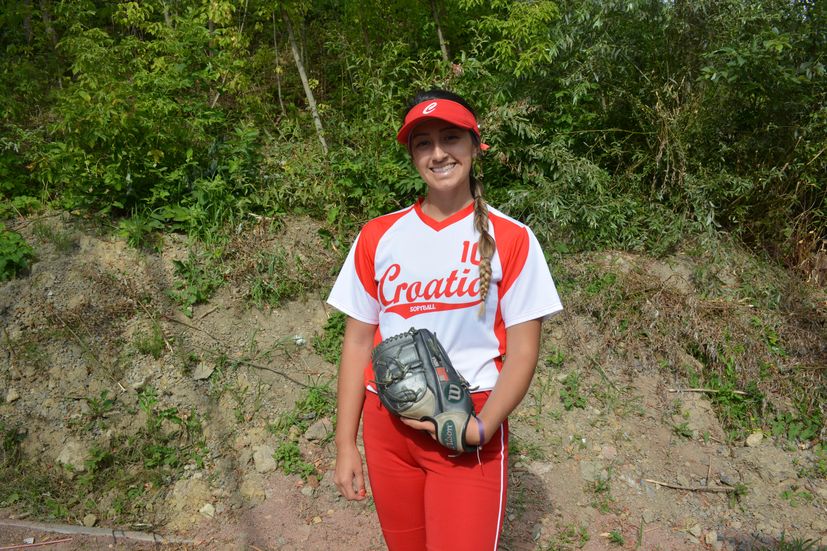 Marina made her debut for the Croatia team six years ago and this year’s tournament will be her fifth championship.

“I started playing for the Croatia national team during the summer of 2015. I first learned about playing international softball from an older friend of mine who had previously played for the Columbian national softball team. She had asked if playing internationally would be something I was interested in and informed us how to get started. Knowing that I have a Croatian background, we reached out to the coaches of the team at the time and asked if they would be interested in allowing my sister and I to join the team. After they said yes, we began the process of applying for citizenship and about a year later we received our passports.”

“Every year we always go the tournament with a mindset to have a good time while trying to win as many games as possible so I don’t expect anything different for this year.  But even with a younger team my goal is to finish in the top 10 this year which would be a first for Croatia,” Marina says, adding. 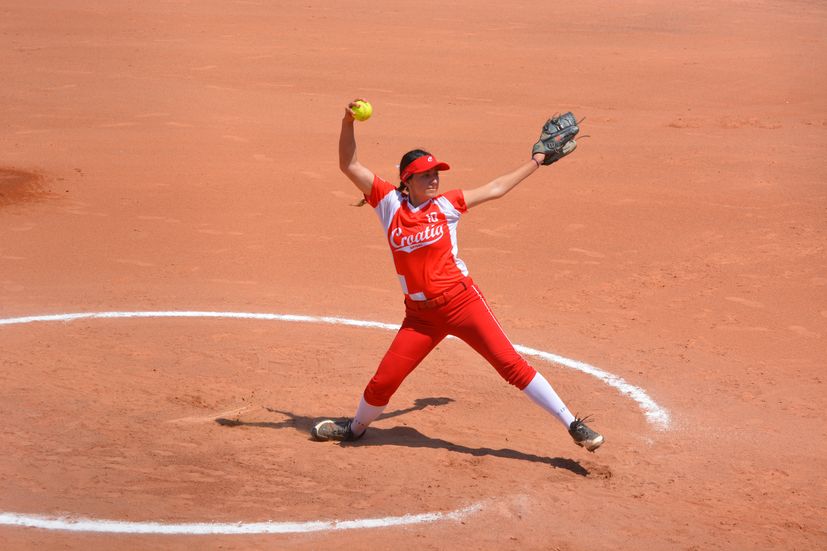 “Softball in Croatia is still a growing and developing sport and isn’t quite yet on par with a Division I college team however we’ve shown great improvement every year. What I hope to accomplish by playing is to help promote the sport and recruit more and more girls to start playing to hopefully one day make Croatia softball more competitive.”

Marina, who is on the way to graduating from law school, plans to visit Split, Komiža, other parts of Vis and the Dalmatian Coast with her father after the tournament ends. 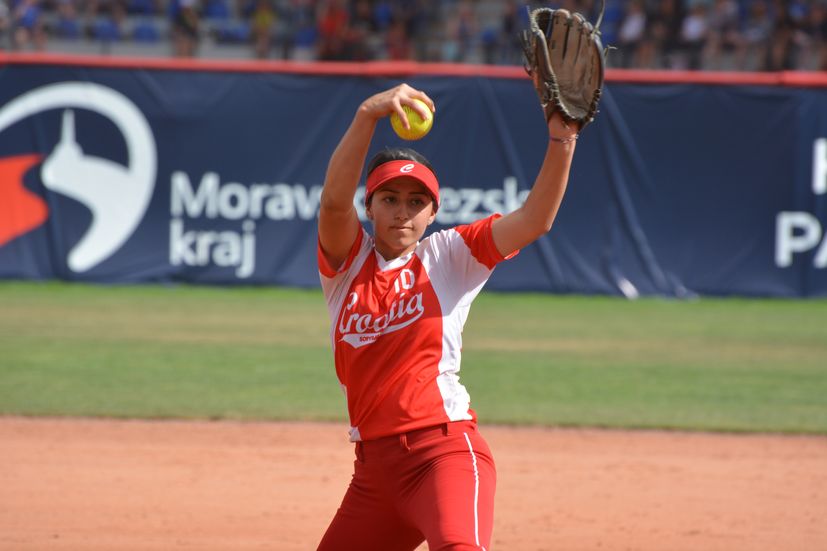 “Every time I’ve been to Croatia we’ve stayed in Zagreb since this is where the team practices but on our off days we’ve gone sight-seeing as much as we could. The downtown square in Zagreb was really neat with the Cathedral, Dolac Market and St. Mark’s Church.  Some other places we’ve visited that were just astounding were Plitvice National Park, the Sea Organ in Zadar, the Roman ruins at Pula, and the Trakošćan Castle. It’s really hard to pick a favorite but this time I’m really looking forward to seeing some of the southern parts as well.” 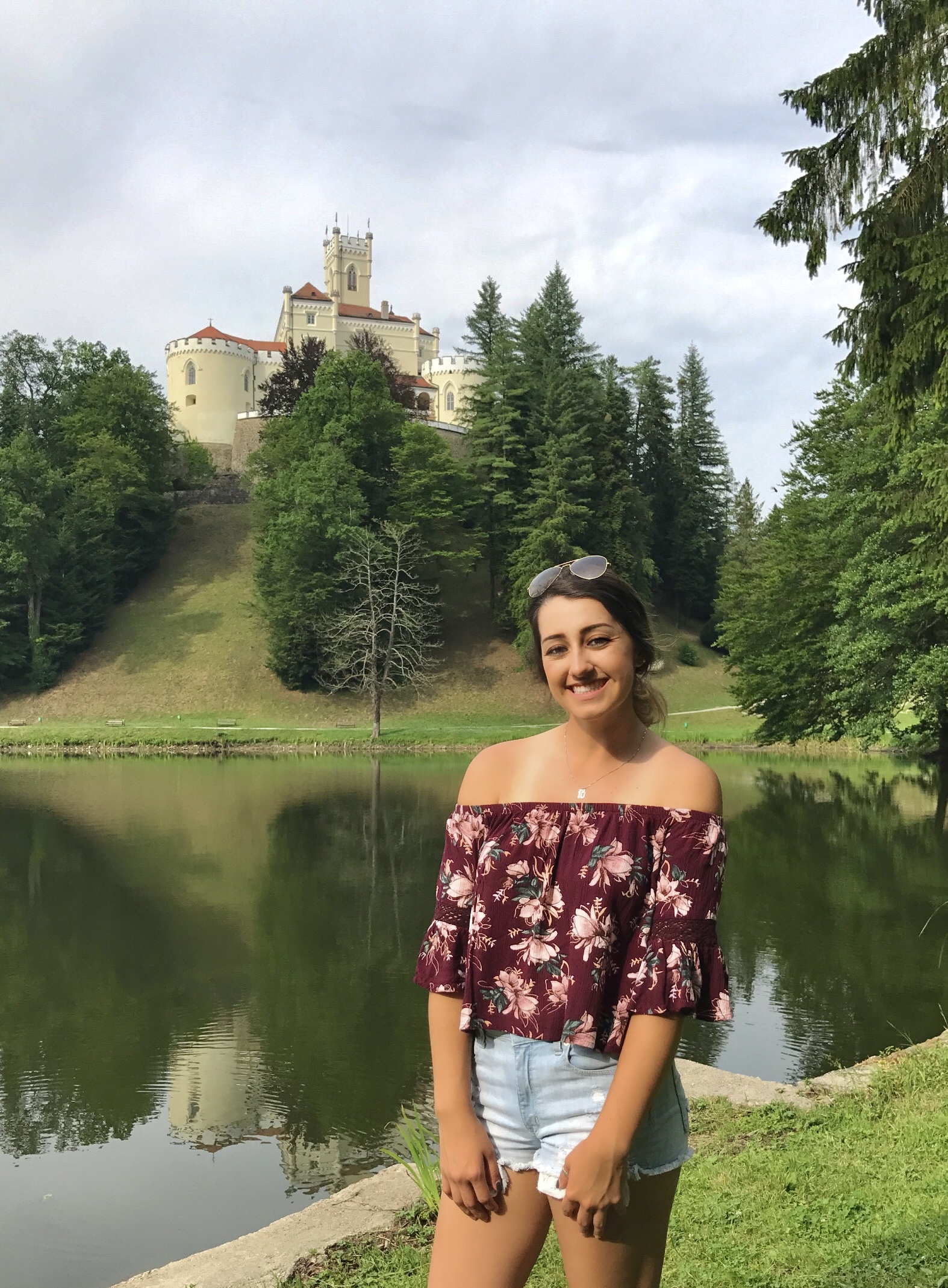 “I like how historic this part of the world is. Being able to learn about the region’s history which dates back many centuries to ancient Roman times is really interesting because the US is still considered a relatively “young” country compared to most European countries.  Being able to see historic ruins that have survived through centuries of war and modernization is not something you get to see in the US,” Marina concludes. 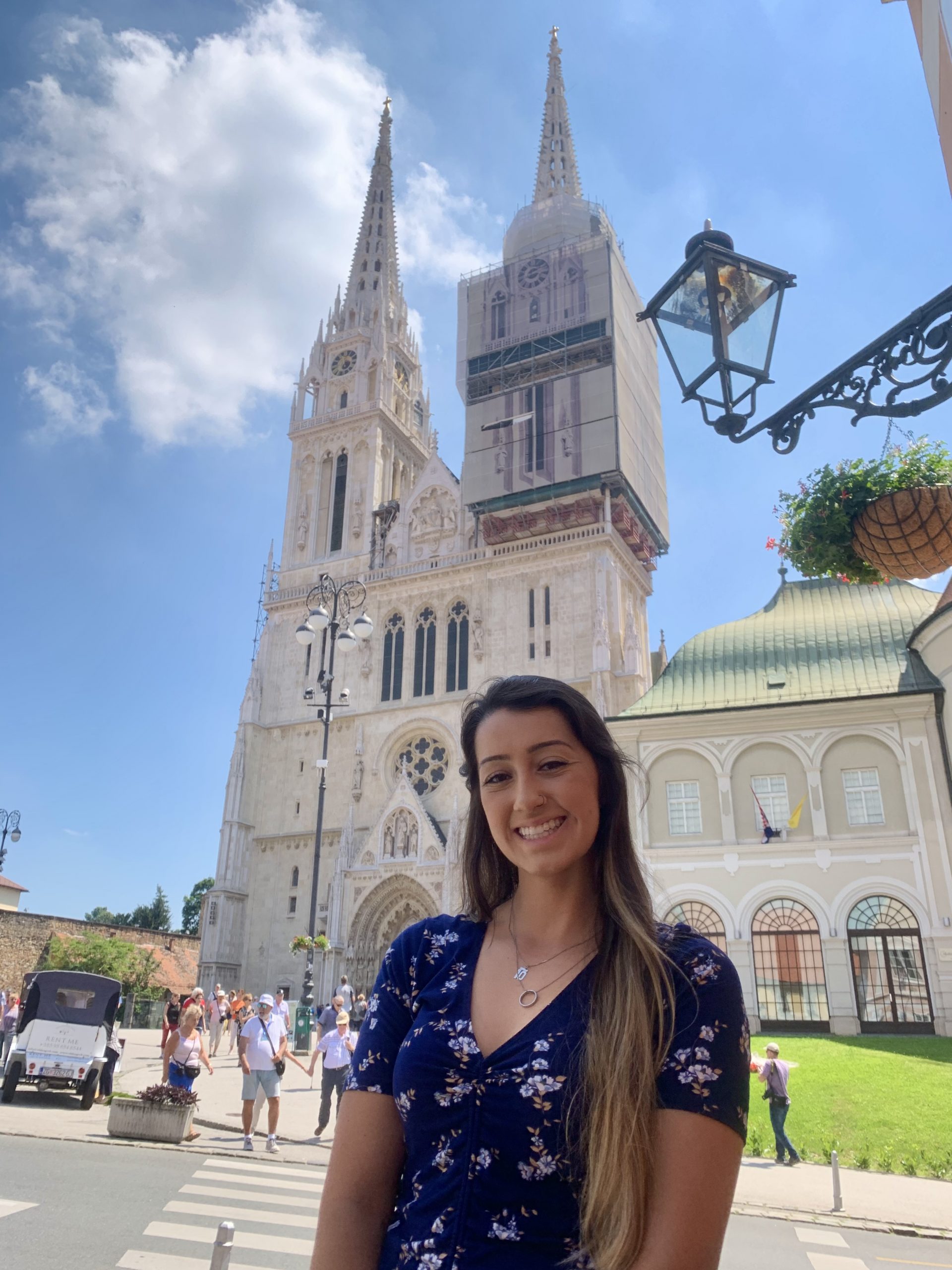 17 teams will take part in the European Championship and Croatia is in Group C with Czech Republic, Israel and Denmark. You can follow the tournament on the website.