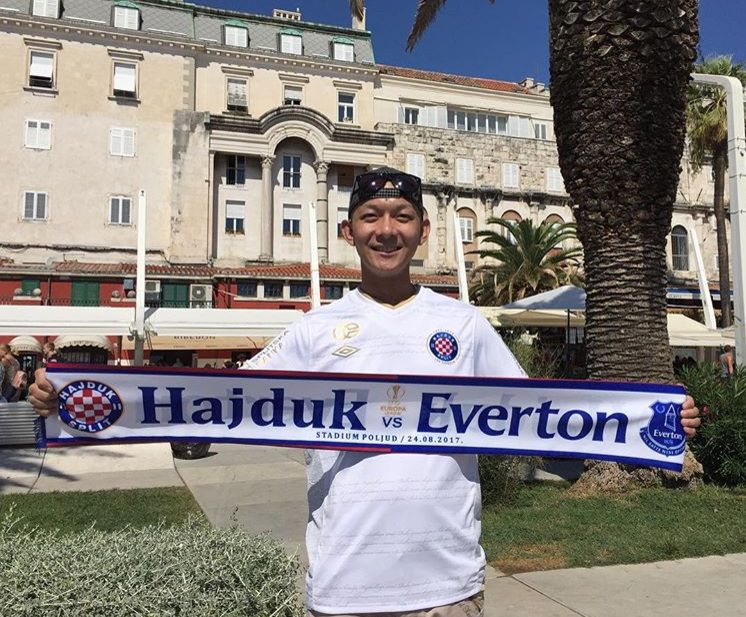 Meet one of the most passionate supporters’ of Croatian football club Hajduk Split in the world – 25-year-old Japanese Buddhist monk Akihisa Wada.

Wada has just travelled a round trip of close to 20,000 km to watch Hajduk Split take on Everton in their UEFA Europa League playoff at Poljud Stadium in Split.

It is not Wada’s first trip either to watch his beloved ‘whites’.

“I fell in love with Croatia and Hajduk Split in 2006 when I watched Croatia play Japan at the World Cup which was held in Japan. I watched the match and I was amazed – it all started then”, Wada, who hails from Yokohama, told us.

He took to the internet to study up about Croatian football and discovered Hajduk and their passionate fans group Torcida. That sold him. 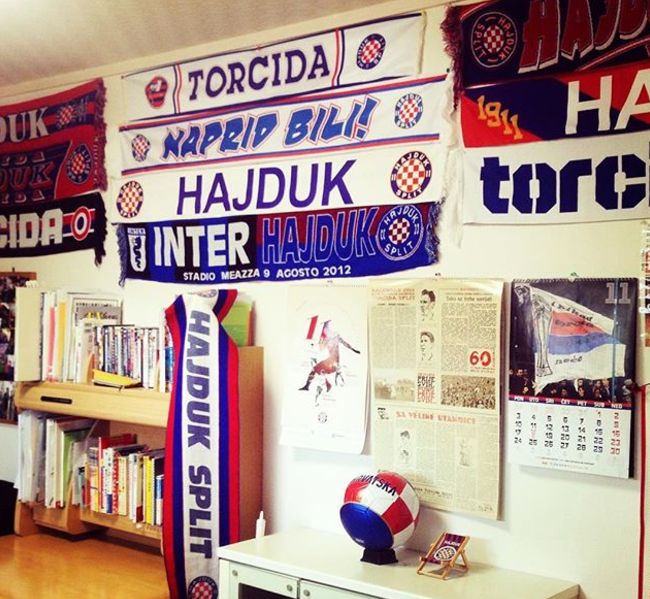 Akihisa’s wall gives away who he supporters (Private)

“I watched fešta (parties) that Torcida made in Split and was amazed. It blew me away and then one Japanese player, Masahiko Inoha, signed for Hajduk so the Japanese media started to write more about the club,” Wada adds.

Wada turned an admiration then into an obsession and he began learning the Croatian language at a University in Tokyo and helping at the office of the Croatian Tourist Board in the Japanese capital. 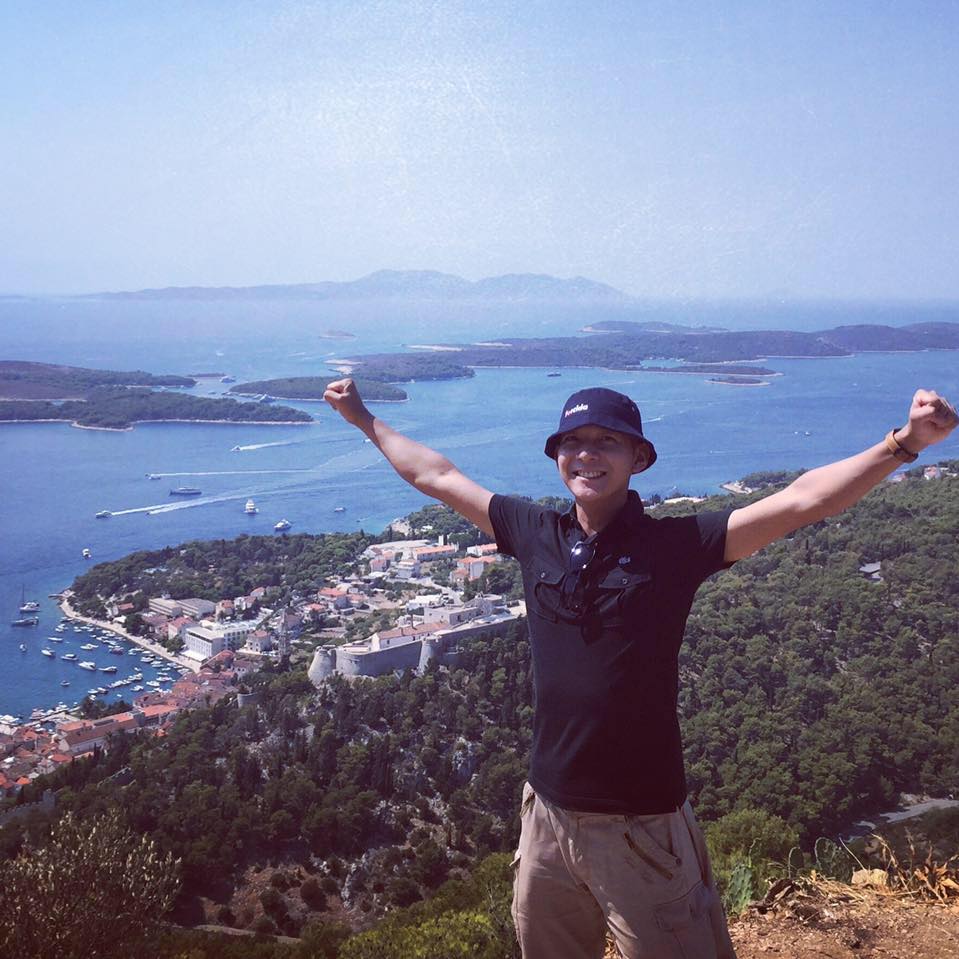 Wada’s first taste of watching Hajduk Split live at Poljud Stadium back in 2011, when Hajduk played Rijeka in a league match, got him completely hooked. 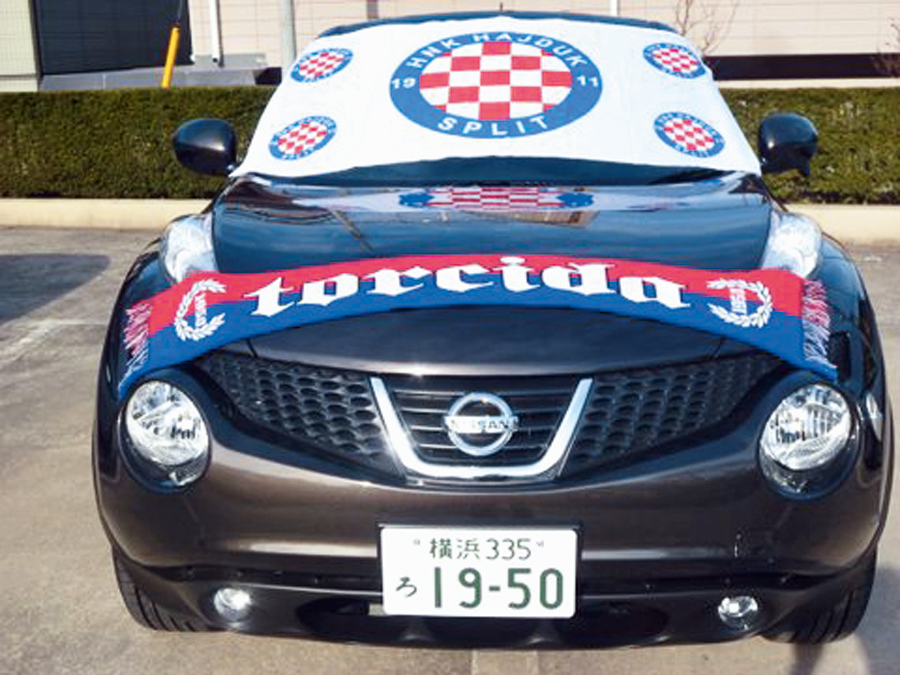 Since then he has repeatedly made the long journey to Croatia to watch Hajduk play, even travelling around the country to see them in action He was also a guest of the club when it celebrated its 104th birthday in 2015. 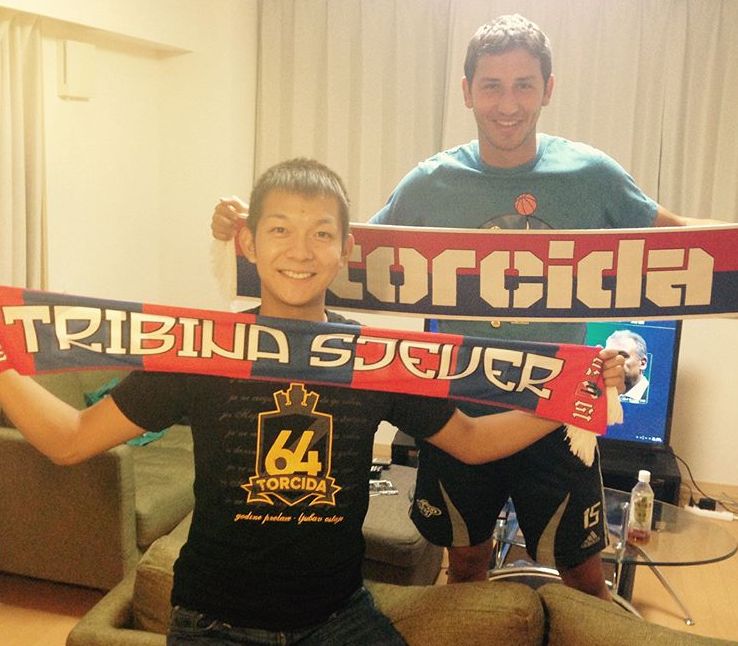 Wada, who owns 15 Hajduk scarfs and 3-4 shirts, has learnt all of Torcida’s chants and Hajduk songs and knows the meanings of them all. He even has the lyrics of the Croatian national anthem on his wall in Yokohama.

When Hajduk drew Everton in the UEFA Europa League playoff last month, there was no way he was going to miss it. He hopped on a plane and headed for Split.

Akisha loves to wear the Hajduk shirt at home (Private)

“It was a long trip but that is not a problem if you love Hajduk Split. I had not been for two years to Croatia,” Wada said.

Torcida has welcomed their Japanese fan with open arms, even once giving him the megaphone to lead chants at an away match against Slaven Belupo.

Watch Akihisa singing in the clip below (click image).

Wada has headed back to Japan but he says he will follow his team on the internet and will always have them in his heart.

“My friends thought I was crazy but now they understand. They say you have Rea Madrid, Barcelona, Manchester United…why Hajduk Split? I tell them if you come with me to Split and Poljud stadium you will understand and you will start supporting Hajduk – trust me!.”