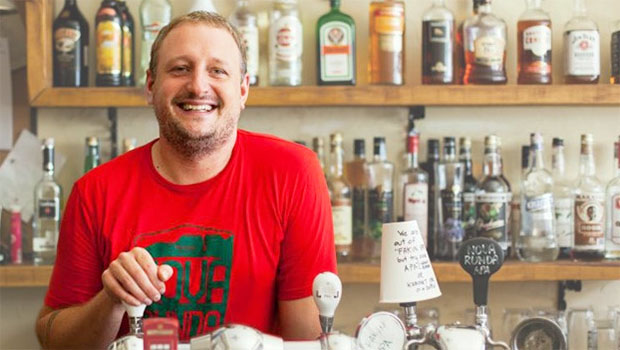 Tim Bourcier, who moved to reside in Split three years ago, is set to open Fjaka Pivovara (brewery) early next year with some help through a crowd funding campaign.

Tim currently owns To Je To Caffe bar in Split, the first bar of its kind in Croatia focusing on local products from small producers, but a keen interest in brewing and an eye for an opportunity, he has decided to do something about improving the beer culture in the area by opening the first craft beer brewery. Fjaka, which is a Dalmatian word that basically means a relaxed state of body and mind, is looking to do something different and put new beer flavours on people’s palette.

To gain some more experience, Tim spent a year going to Zagreb making beer on a farm in a giant pot normally used for making preserves for the winter.

“12 hour days outside in the snow or in blazing hot temperatures are not so bad when you are with good friends doing something you really enjoy,” says Tim, who has come up with some very different recipes than what is currently being done in Croatia.

“So far, we have a single-hopped Centennial India Pale Ale, a coffee stout and a seasonal pumpkin ale. Our limited supplies were really enjoyed by our customers….now it’s time to get these out to the public,”, says Tim, and that is where help from the public comes in.

In an effort to raise capital for much-needed equipment and materials, Tim has launched a crowd funding campaign. Donations from the public will be used to purchase 500-litre brewing pot, 6 fermenters, kegs, bottles, caps and ingredients. A number of perks in return for donations are being offered by Tim.

Fjaka logo – a man turning into a squid

You can heck out his crowd funding campaign and help out Tim in bringing some exciting craft beers to Split by clicking here.